Only Half of Americans Believe Elections Are Fair and Open, UVA Poll Shows 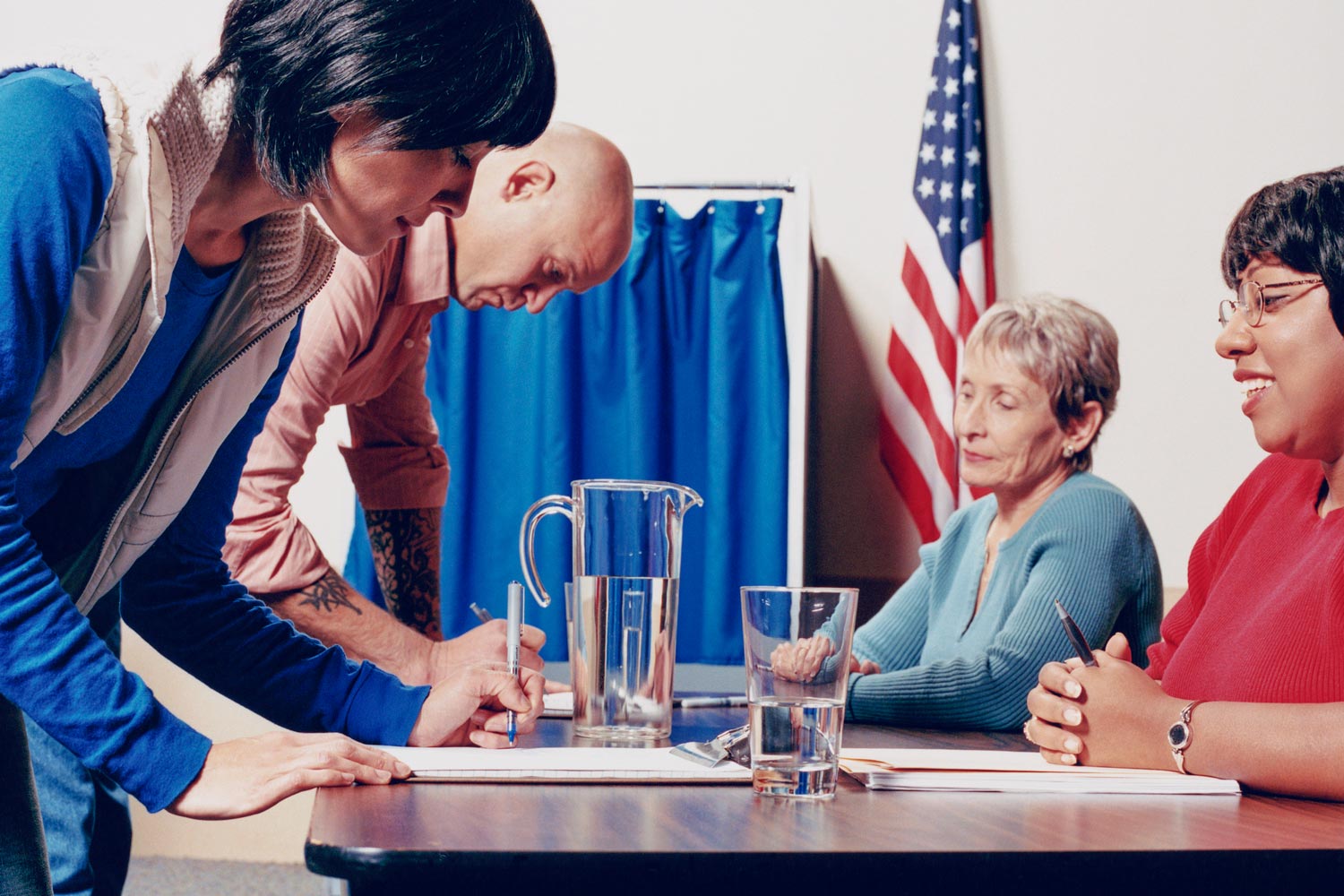 As America turns its attention to the upcoming midterm elections, a new national poll from the University of Virginia’s Center for Politics shows that only about half of American adults surveyed believe U.S. elections are fair and open.

The poll, which was conducted in partnership with research organization Ipsos, also comes on the heels of the indictments of 12 Russian intelligence officers – issued Friday by special counsel Robert Mueller’s team – for alleged interference in the 2016 presidential election.

In the Ipsos poll, which surveyed more than 1,000 American adults on July 5 and 6, 51 percent of the respondents agreed with the statement that “American elections are fair and open.”

Agreement was higher among Republican respondents – 68 percent agreed – than Democrats (43 percent). Couched opinions – those who just “somewhat” agreed or disagreed with the statement – were more common than strong opinions from both parties and from independents.

"American elections are fair and open." 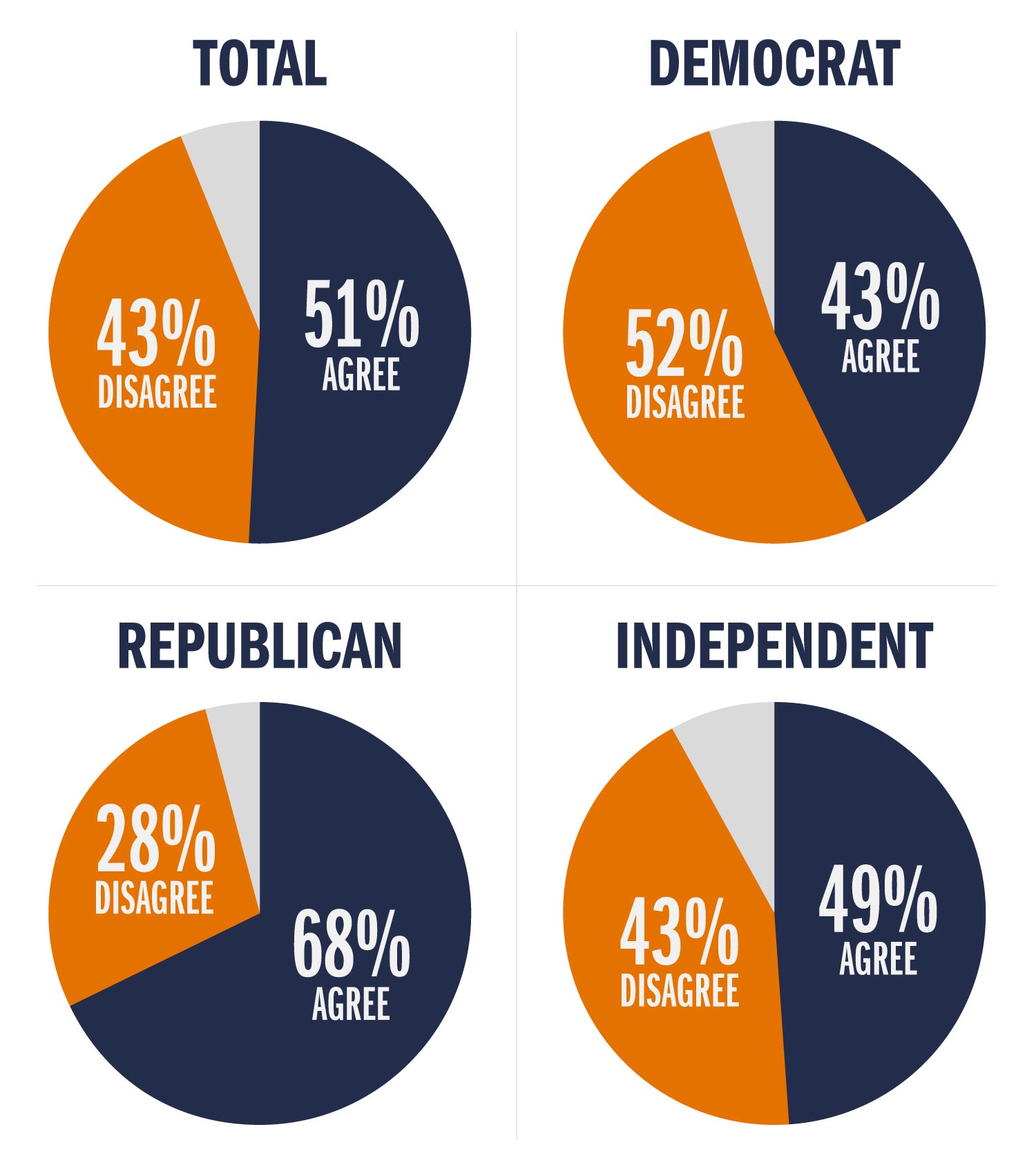 The poll also revealed deep skepticism about big money in politics and across-the-board interest in the disclosure of donations. However, as the Senate considers President Donald Trump’s nomination of Brett Kavanaugh to the U.S. Supreme Court, it offers mixed signals about judicial intervention that could either tighten or loosen the law concerning money in politics.

Americans largely agreed with several other statements dealing with mandated disclosures of who paid for televised or online political advertisements and whether interest groups should follow the same campaign and election laws as candidates. Unlike the statement about fair elections, there was little difference among partisans on support for transparency among advertisers and interest groups.

Respondents also expressed concern about a recent $24 million anonymous, legal donation made to an outside political group closely aligned to Speaker of the House Paul Ryan, a story that broke in May. When asked which of two statements was closer to their views, nearly three-quarters of respondents agreed more with a statement that the donation is an “invitation to corruption,” while a little over a quarter of respondents agreed more with an alternative statement that “People should have a right to give as much as they please, and do so anonymously.” Democrats (78 percent) and independents (76 percent) were more likely than Republicans (62 percent) to agree with the first statement expressing concern about the large donation.

Finally, respondents were asked whether the Supreme Court should intervene to either tighten or loosen campaign finance laws. The results indicate mixed feelings about judicial action.

Slightly more than half – 52 percent – agreed that the Supreme Court should require disclosure of donors to nonprofit political organizations, while 48 percent said there should be limits on the amount of money super PACs can raise and spend. Only 21 percent said the court should place more limits on corporate speech, and just 16 percent said the Supreme Court should eliminate donation limits and thereby loosen campaign finance laws. Democrats were generally a little more supportive of the first three suggestions, while the fourth item attracted little support across the board.

For the survey, a sample of roughly 1,006 adults age 18 and older from the continental U.S., Alaska and Hawaii were interviewed online in English. The full results, methodology, and crosstabs are available here.

This poll represents the latest collaboration between UVA’s Center for Politics and Ipsos, an international, independent marketing research firm, over the last year and a half. The Center for Politics and Ipsos released two polls on Americans’ attitudes toward recent presidents, and the center and Ipsos, along with Reuters, released a poll on Americans’ racial attitudes in the wake of the neo-Nazi march in Charlottesville last year.