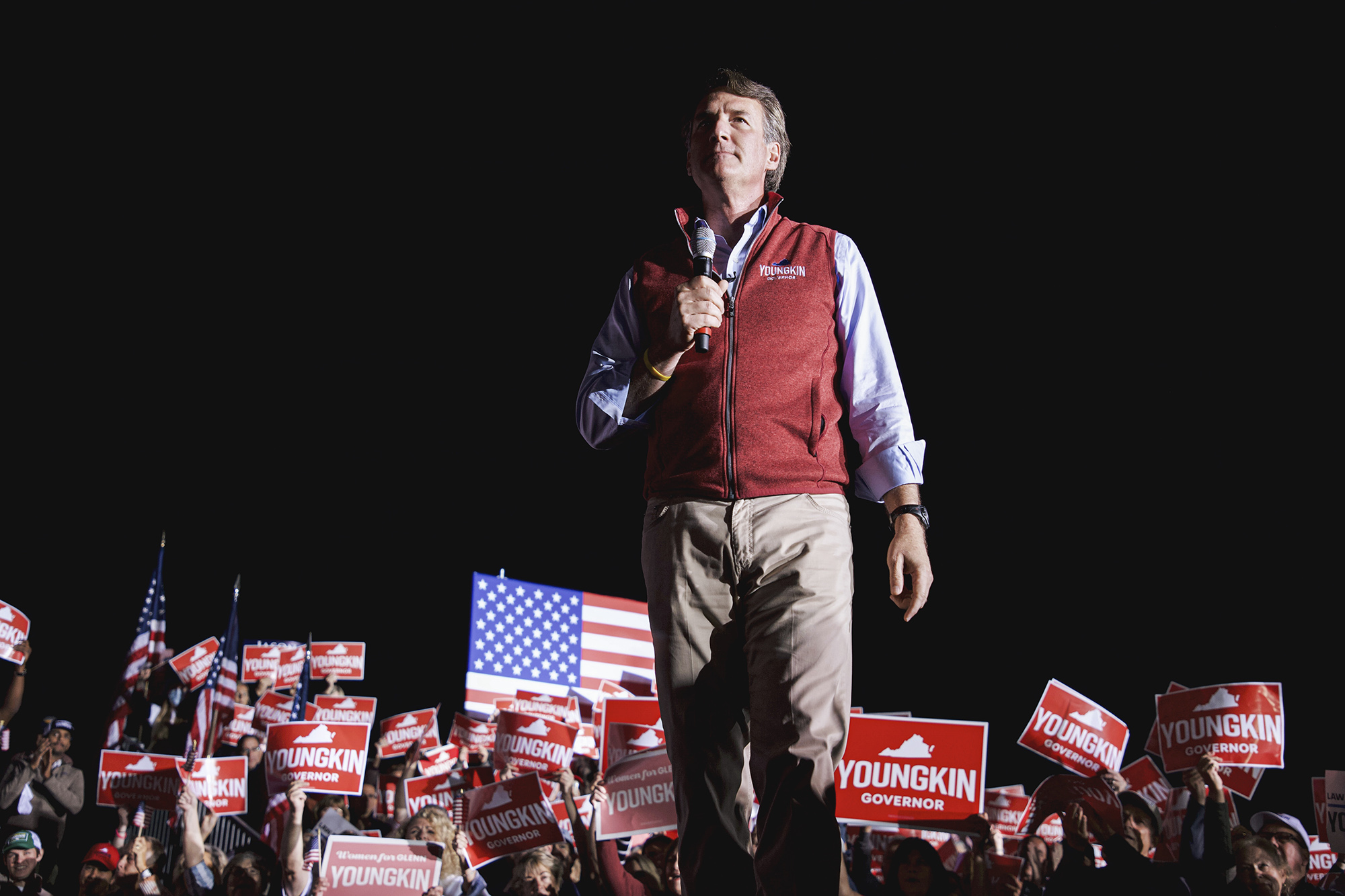 Writing for The Conversation, Mary Kate Cary, a lecturer in the University of Virginia’s Department of Politics and a senior fellow at the Miller Center of Public Affairs, offers her take on the results of Tuesday’s gubernatorial election in Virginia.

I teach political speech writing. My students know that earlier this year I served on a committee that wrote the University of Virginia’s statement on free speech and free inquiry, which stated that “All views, beliefs, and perspectives deserve to be articulated and heard free from interference.”

I’m also a conservative who recently co-taught a 2020 elections class with a liberal colleague – and we both managed to survive. In my class, the mainly liberal students know they can speak freely about what’s important to them. Being open about your political views is important – but so too is listening generously to those of others.

Across the board, they want to hear all sides of an argument and decide for themselves. They don’t want to be told what to believe. They’re taking speech writing because they want to learn how to make a good case in the face of a hostile audience.

And what I heard in the runup to the Nov. 2 elections was that students are increasingly worried about the job market and the economy they’ll be walking into upon graduation; they are concerned about rising crime rates in Charlottesville, where they attend college; and they wonder if they’ll be able to freely express their opinions – left or right – here at the University.

So it was no surprise to me that exit polls of Virginia voters this week showed that the economy and education were voters’ top concerns, just as they are for many of my 20-something students.

No matter what subject my students are writing speeches on – from critical race theory to electric cars – they want to take on all sides of an argument.

Similarly, many voters wanted to hear both candidates’ views on “kitchen table” issues – such as expanding job opportunities, ensuring public safety and reforming education – in the closing weeks before the election. But that wasn’t always what voters got. Instead, they were often presented not with the issues, but with heavyweight political endorsements.

On one hand, McAuliffe’s playbook has worked for others in the past. Research by Rob Mellen Jr. and Kathleen Searles into presidential campaign appearances during midterm elections between 1986 and 2006 showed that visits by the campaigner-in-chief can boost turnout and campaign donations for candidates – but only if the president is popular.

The problem in Virginia was that according to an NPR-PBS Newshour-Marist poll that came out the day before the election, a plurality of Democrats no longer want Joe Biden at the top of the ticket in 2024. Add to that Biden’s collapsing approval ratings, which sank lower every week in October, according to Reuters.

It seems McAuliffe didn’t realize the albatross effect Biden was having on his own candidacy. Or the disconnect right now between voters and those stars campaigning with him.

In contrast to McAuliffe, Republican candidate Glenn Youngkin talked early and often about his “day one game plan,” which focused on specific actions he’d take on the economy, public safety and education – the quality-of-life issues voters wanted to hear about. He hit the airwaves with TV ads comparing his policies with McAuliffe’s record and made his best case.

McAuliffe also faced an issue unique to Virginia that dampened his chances of success. Virginia is the only state in the nation that legally bars governors from a second successive term. Virginia law changed in 1851, after several governors – including Patrick Henry – had served two successive terms in office. So from 1851 onward, the state has had only one-term governors – with one exception, in 1974, when former Democratic Gov. Mills Godwin waited four years and came back as a Republican.

McAuliffe, who held the governor’s job from 2014 to 2018, was trying to be the second exception. There’s a reason former Virginia Govs. Chuck Robb, Mark Warner, George Allen and Tim Kaine all went on to become U.S. senators from the commonwealth instead of returning later as second-term governors. Virginians like a fresh face in the governor’s office, and this election was no exception.

The last time Virginia had a Republican governor was 2009, and a decade of one-party control of the governor’s mansion has led to a rising sense of frustration among voters – including suburban independents who swung away from Democrats this week – concerned with the stagnation of Virginia’s economy, the perceived lack of support for police and changes to parts of the educational curriculum in Virginia’s K-12 schools.

Instead of making a strong case for addressing these issues, the McAuliffe campaign preferred to bring Trump into everything. In fact, at one McAuliffe rally in late October, Joe Biden mentioned Donald Trump 24 times in a single speech.

That strategy didn’t, by and large, connect with the concerns of working-class voters – from truck drivers dealing with hikes in the gas tax to urban residents worried about the 20-year high in the murder rate to parents upset about what’s been going on in Loudoun County schools, where USA Today reports that school board meetings “have spiraled into violence, accusations of student sexual assault are dominating headlines, and some parents have sued the school board over the district’s equity initiatives.”

The turning point came when McAuliffe stunned a debate audience with his statement, “I don’t think parents should be telling schools what to teach,” not realizing that there are likely far more voters who consider themselves parents first – and members of a political party second. When he failed to disavow a Department of Justice memo labeling parents at school board meetings as “criminals,” there was no going back. His silence spoke volumes to everyone watching.

These days, it takes guts to speak up for what you believe in.

My sense is that there’s a growing number of Americans willing to stand up and courageously challenge the age in which we live. From what I’m seeing and hearing in just one college classroom, I have no doubt more brave young people – on both sides of the aisle – will make their case for positive change in the years to come.

Isn’t that what elections are all about?

What Is Biotechnology? Where Is It Headed at UVA? END_OF_DOCUMENT_TOKEN_TO_BE_REPLACED