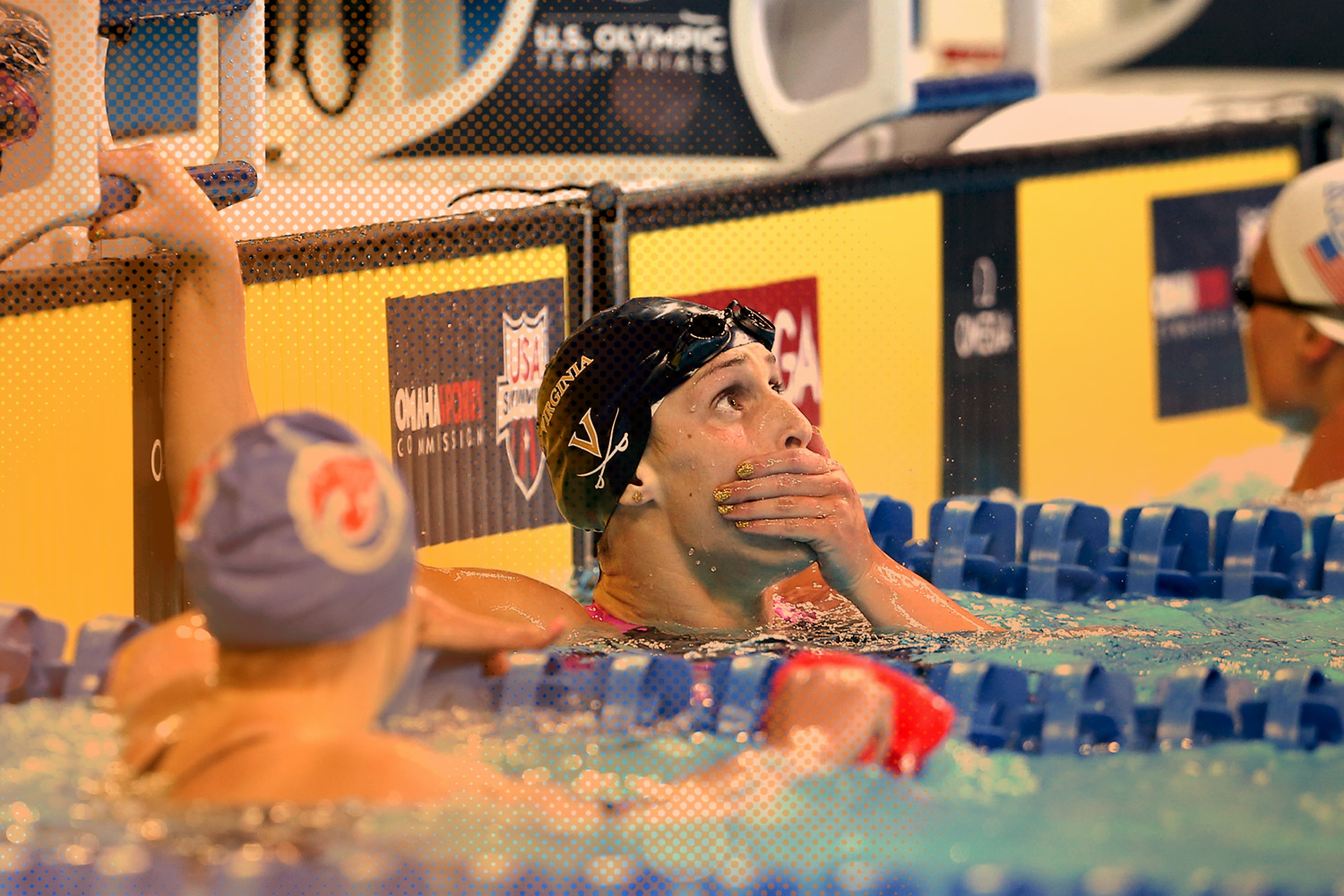 A few of the athletes who will begin their pursuit of gold, silver and bronze medals this week at the 2016 Summer Olympic Games in Rio de Janeiro, Brazil have some orange and blue in their backgrounds.

In fact, the University of Virginia is expected to have 19 representatives in Rio, representing the U.S. and six other countries in field hockey, rowing, soccer, swimming, tennis and track and field.

Two will be coaching: Cavalier head women’s rowing coach Kevin Sauer is an assistant on the U.S. rowing staff, and women’s soccer head coach Steve Swanson will assist with the U.S. women’s team. Another UVA coach, Kemal Mesic, who coaches the throwers in UVA’s track and field program, will be competing in the shot put, representing Bosnia and Herzegovina.

Also, Ashley Stern, a docoral student in kinesiology in the Curry School of Education, is working with the U.S. swim team as an athletic trainer.

With NBC, its affiliates and online outlets offering a whopping 6,755 hours of Olympic coverage between Aug. 3 and 21, dedicated Cavalier fans should be able to catch more than a few glimpses of their favorite athletes on the sporting world’s largest stage.

Here’s a guide to ’Hoos in Rio: 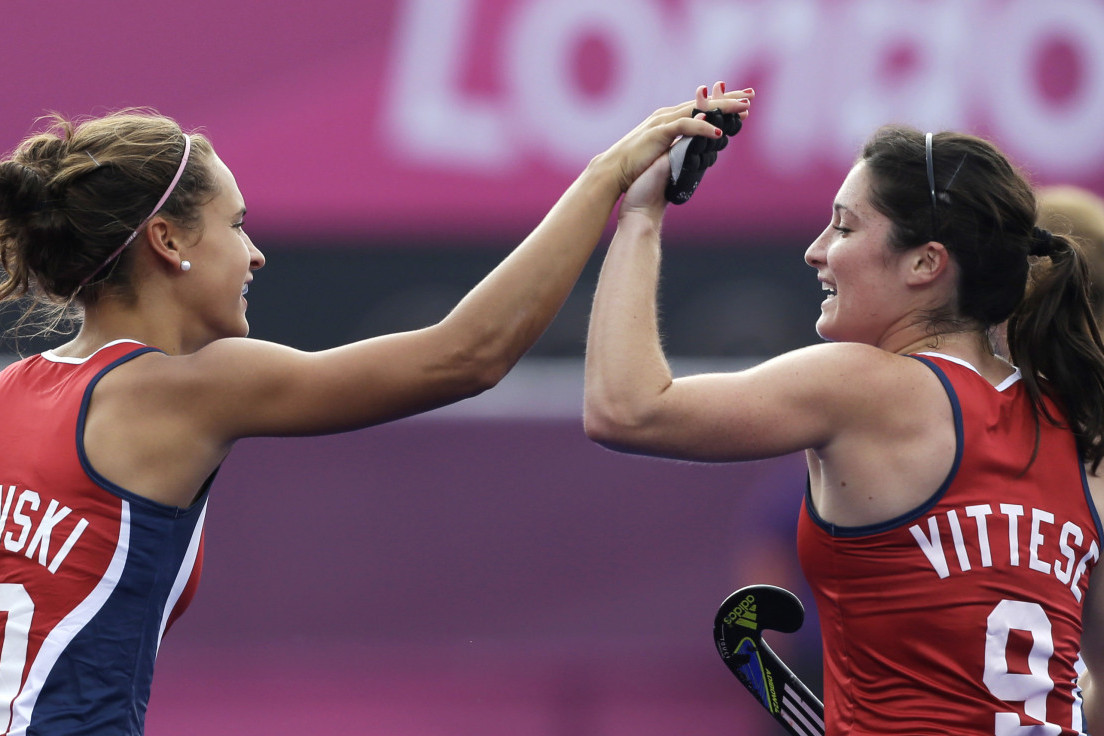 Medal prospects: The U.S. is ranked fifth in the world by the International Hockey Federation. Sports Illustrated forecasts no medals in Rio for the Americans, but it should be noted that the U.S. knocked off SI’s gold-medal favorite, Argentina, to win the gold medal at the 2015 Pan Am Games.

Since graduating: Both are three-time medalists representing Canada in the World Rowing Championships.

Since graduating: She’ll be making her second Olympic appearance, and earned a bronze medal in the women’s quad at the 2015 World Rowing Championships.

Medal prospects: Sports Illustrated predicts no medals for The Netherlands in Rio.

Since graduating: Miller twice competed as a member of the U.S. men’s eight in the World Rowing Championships.

At UVA: A 2008 alumna, O’Leary participated in two sports at UVA, but neither was rowing. She played volleyball and softball. 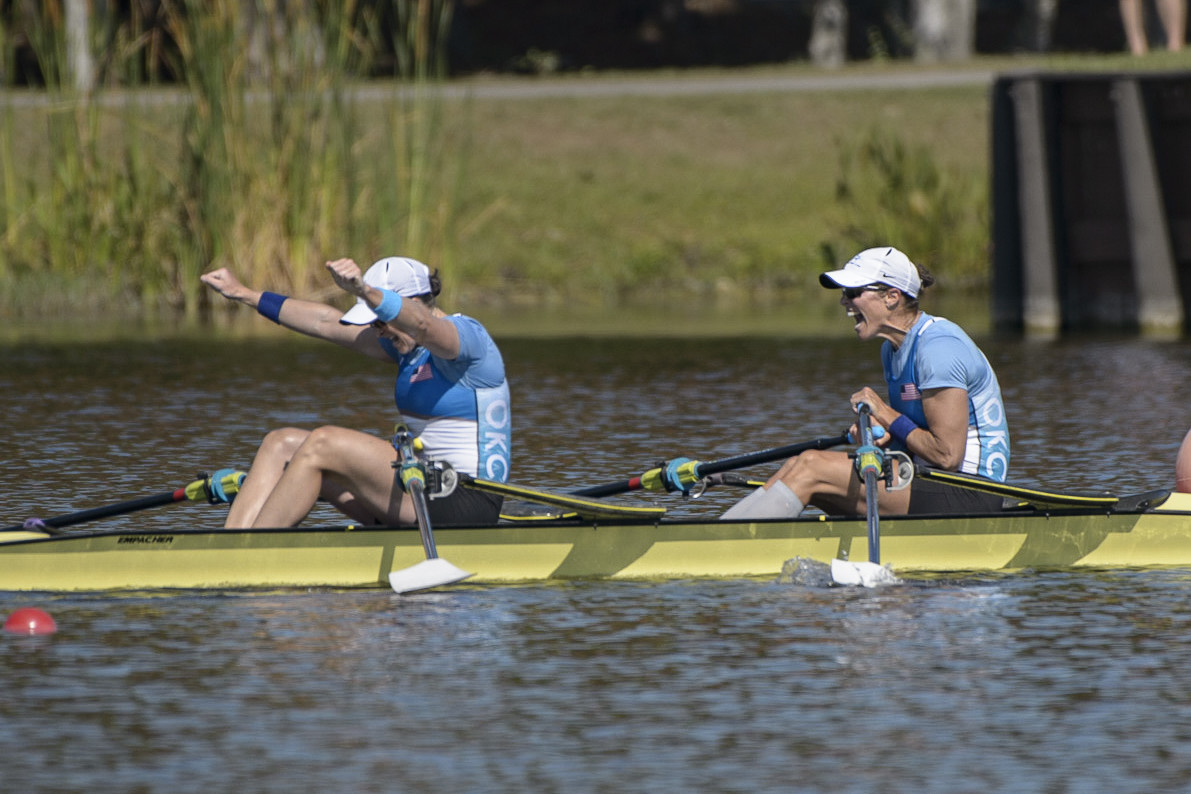 Since graduating: O’Leary took up rowing only after graduation, and will be making her first Olympic appearance. She has twice been an “A” finalist in the women’s double sculls at the World Rowing Championships.

At UVA: Brian, a 2014 graduate, was a three-time All-American and twice won the MAC Hermann Trophy as the nation’s top collegiate player. Sauerbrunn, a 2007 alumna, was also a three-time All-American. Sonnett (an alternate), who graduated in May, was the 2015 ESPNW National Player of the Year and was the first overall pick in the 2016 National Women’s Soccer League draft. 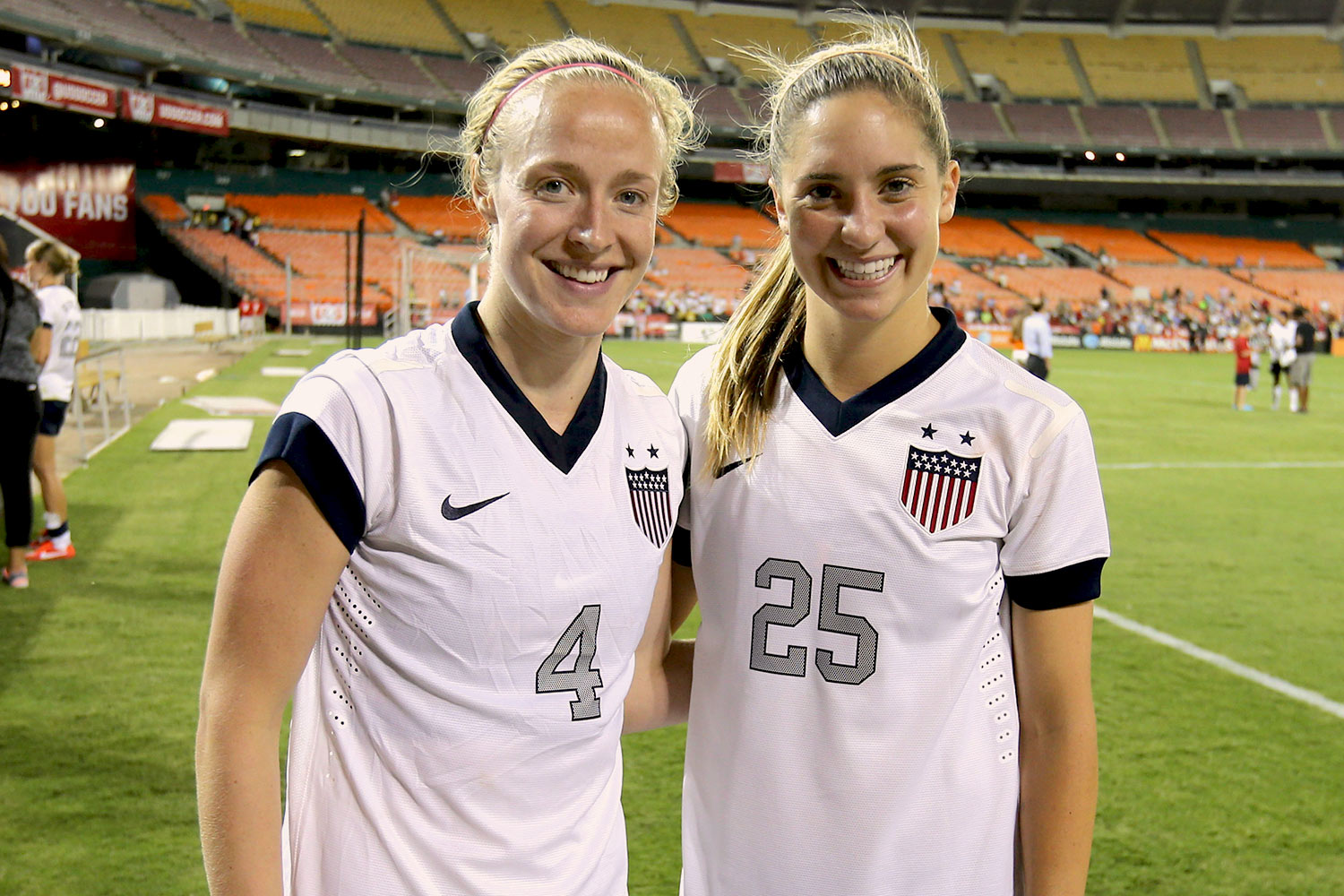 At UVA: A 2016 graduate, he will be making his second Olympic appearance. He was a four-time All-American at UVA.

Since graduating: He holds the Swiss national records in both of his breaststroke events. 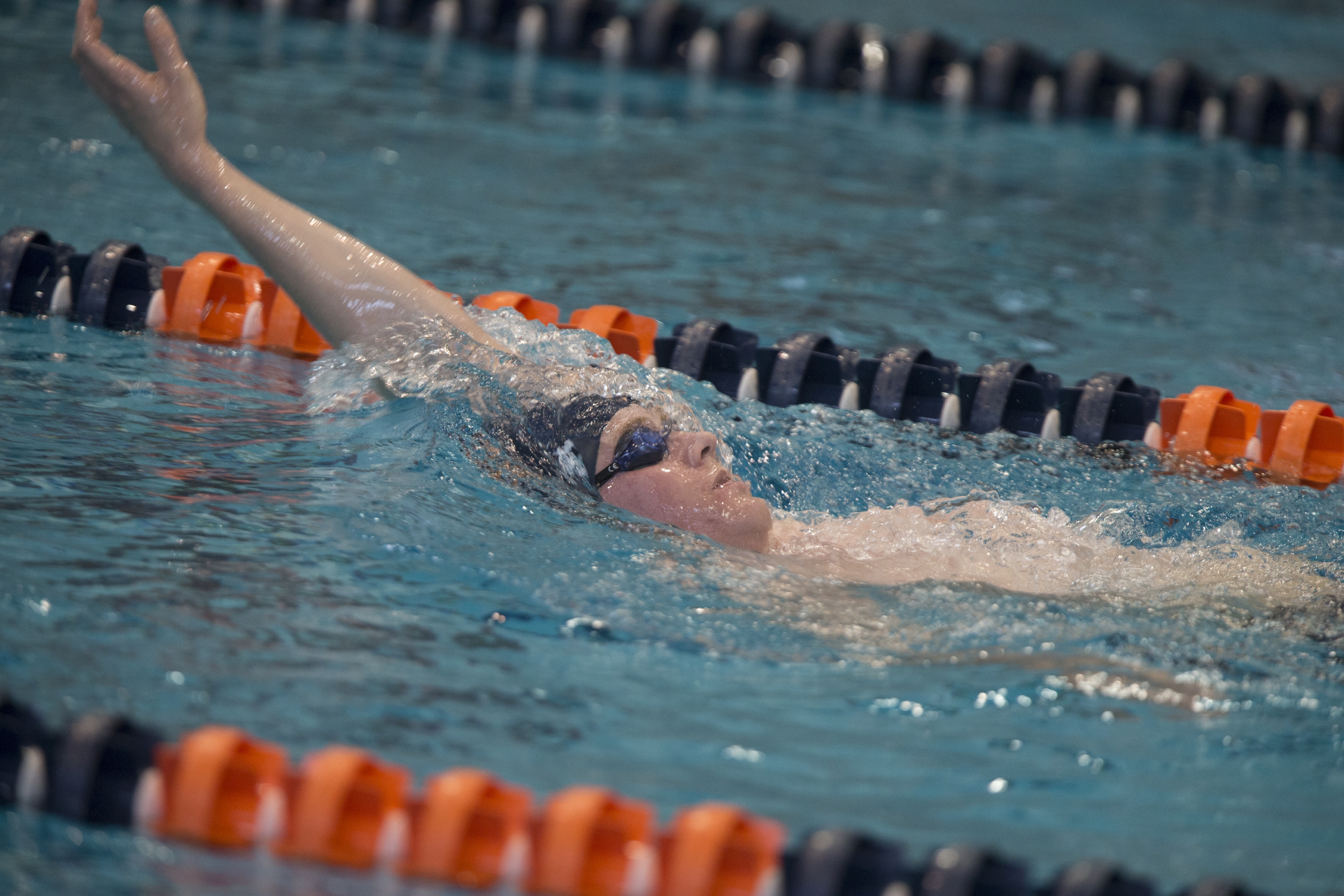 Medal prospects: His best times in the 100 and 200 rank 80th and 63rd in the world this year. Sports Illustrated predicts no medals in Rio.

At UVA: A rising fourth-year student, Smith already owns four NCAA individual championships, winning the 500- and 1,650-yard freestyle events in both 2015 and 2016.

Off Grounds: Won a gold medal with the U.S. 4x200 free relay team at the 2015 FINA World Championships.

Medal prospects: She shares her two individual events with perhaps the most dominant female swimmer in the world, U.S. teammate Katie Ledecky. Sports Illustrated predicts a silver in the 200, bronze in the 400 and a gold medal in the relay.

At UVA: A 2009 graduate, Inglot was a three-time All-American.

Since graduating: Inglot is ranked No. 30 in the world in the Association of Tennis Professionals rankings for doubles. He was a member of Britain’s 2015 Davis Cup champion team. 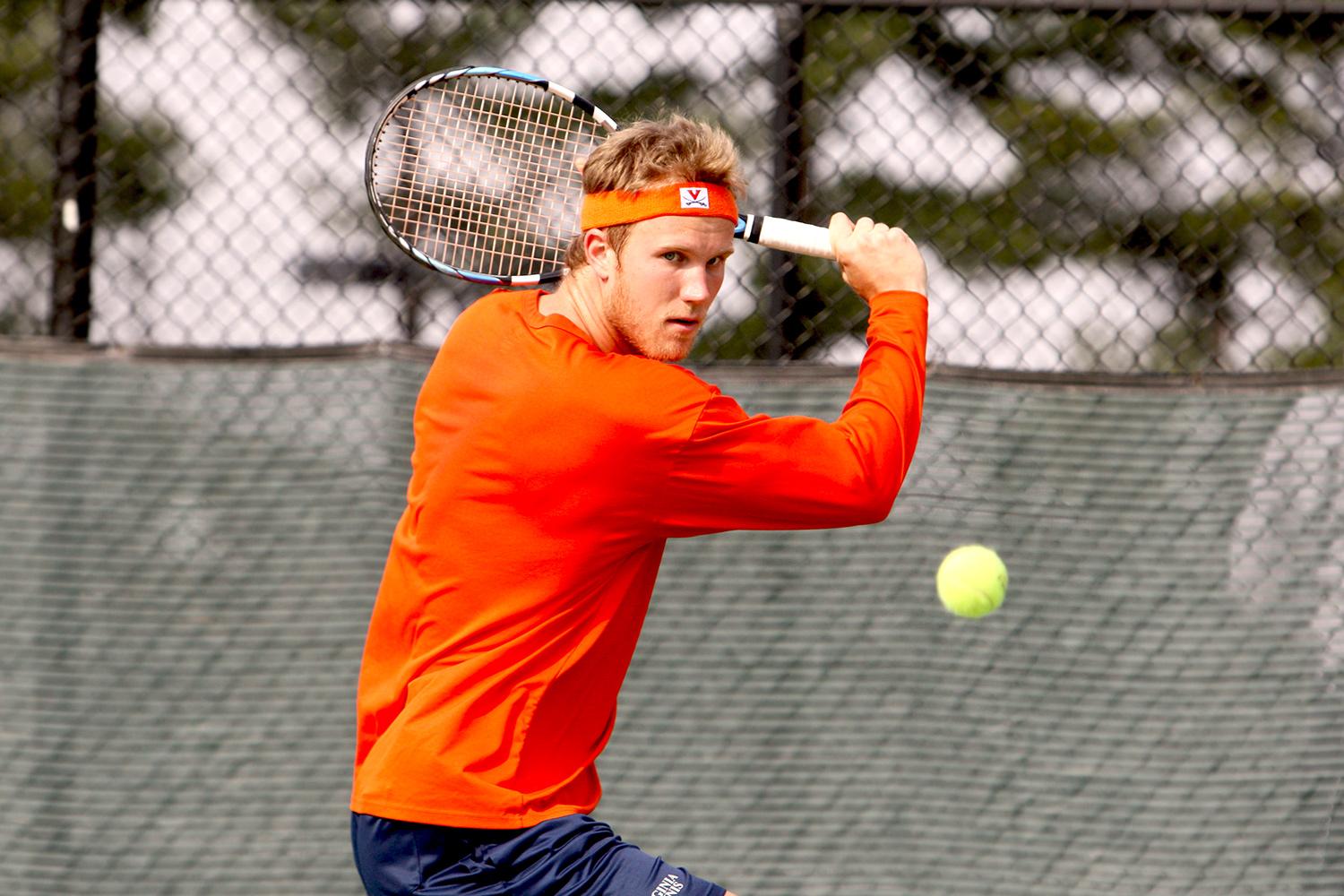 Medal prospects: Sports Illustrated predicts Inglot and partner Colin Fleming (ranked No. 53 in doubles) will not win a medal.

Since graduating: He placed fourth in the 1,500 meters and the 2016 IAAF World Indoor Championships.

Medal prospects: Sports Illustrated predicts no medal for Andrews, whose top time in 2016 ranks 27th in the world. 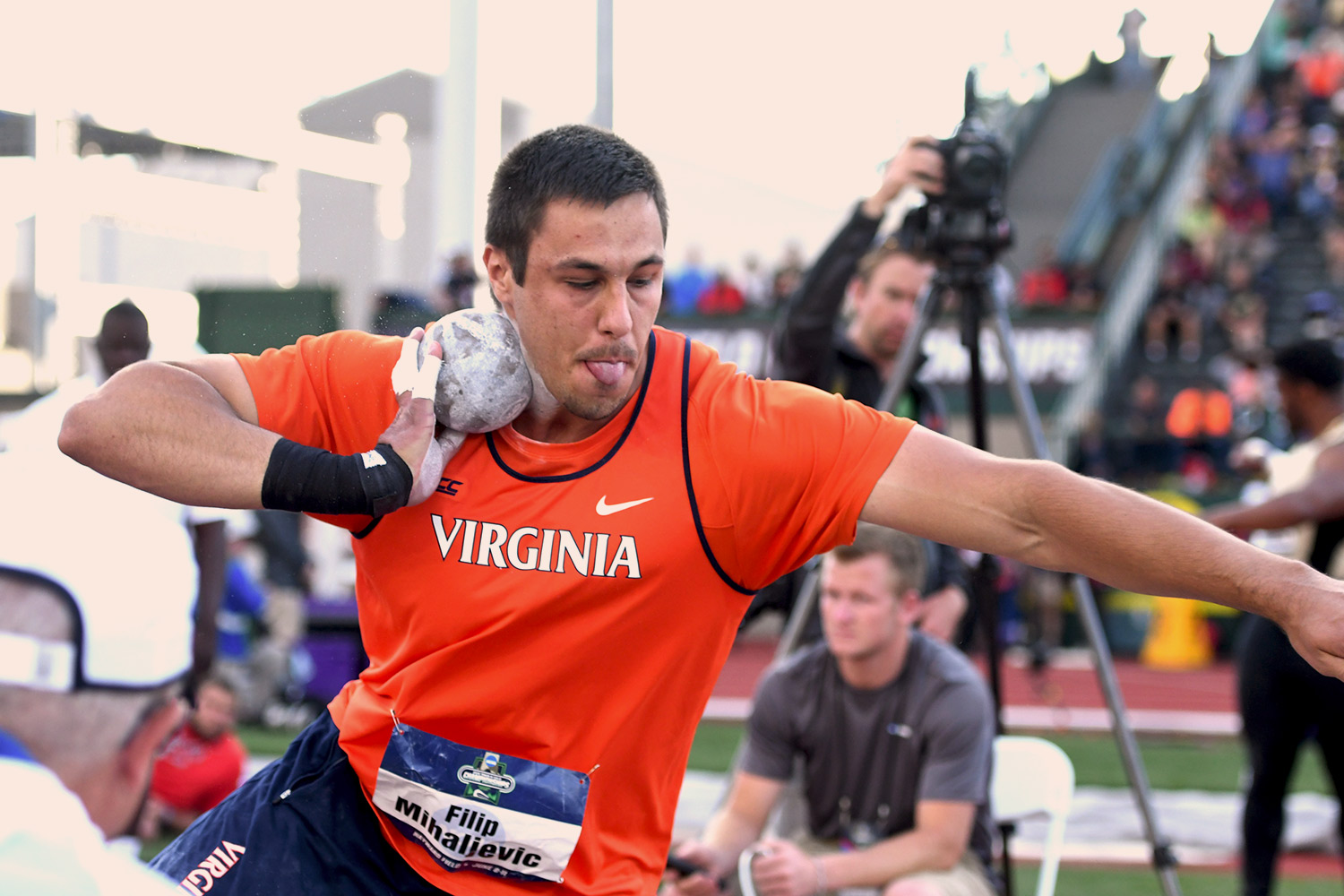 Off Grounds: Mesic will be making his second Olympic appearance and has twice qualified to represent Bosnia and Herzegovina at the IAAF World Championship; he was a five-time, first-team All-American at the University of Florida. Mihaljevic won a bronze medal at the 2016 IAAF World Indoor Championships.

A Year We Will Never Forget: 2019-20 in Review END_OF_DOCUMENT_TOKEN_TO_BE_REPLACED

‘What Will You Carry With You?’ Remarks From UVA President Jim Ryan END_OF_DOCUMENT_TOKEN_TO_BE_REPLACED