Physicist Bob Hirosky Searches for the "Heart of Matter" 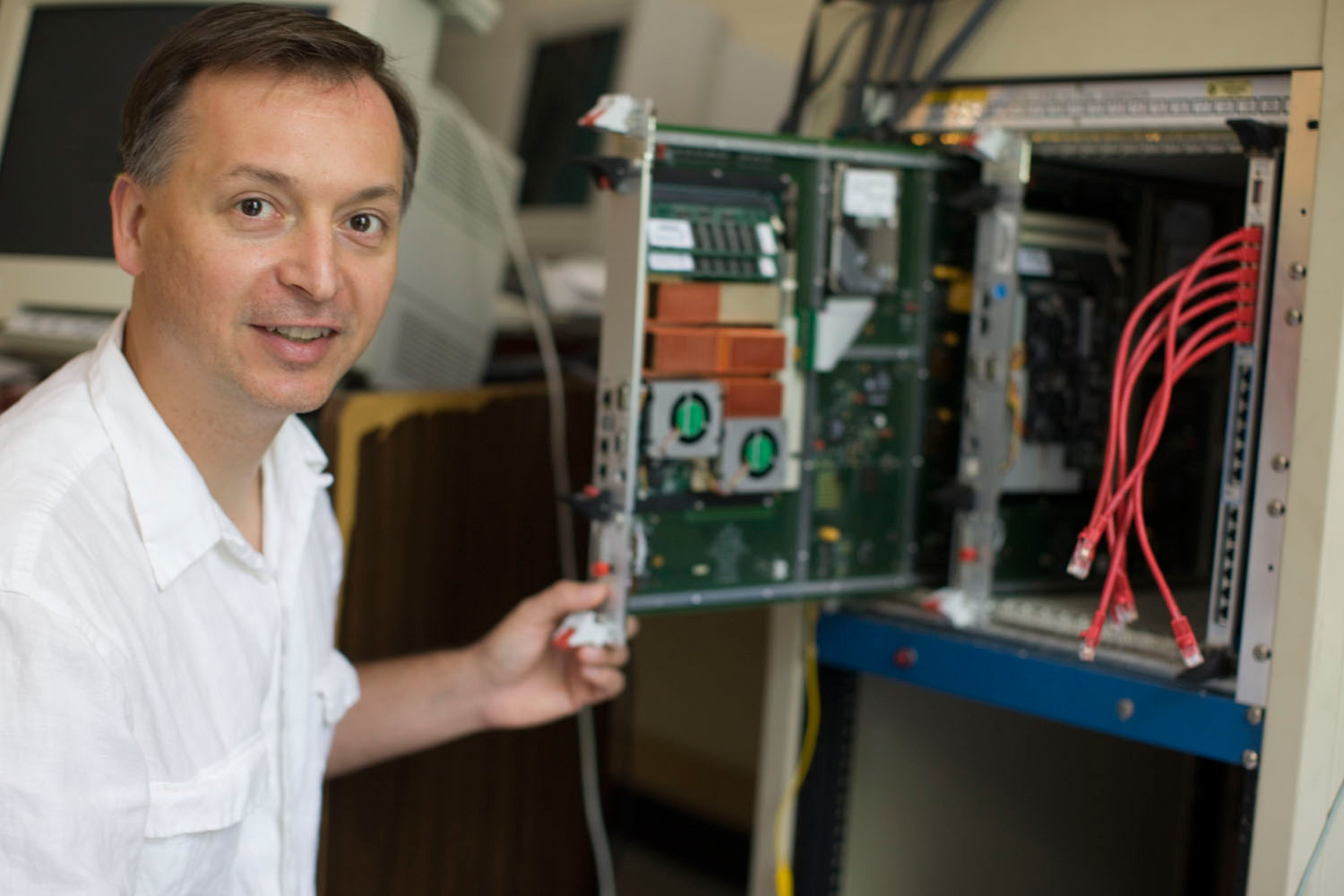 August 22, 2008 -- An international effort to understand the most basic structure of matter has yielded a particle that is critical to the eventual understanding of the universe and its evolution.

The multi-institutional team of scientists, including Bob Hirosky, a University of Virginia associate professor of physics, has announced the first observation of pair production of Z bosons, force-carrying particles in electroweak interactions, in proton-antiproton collisions.

Properties of the ZZ diboson particle states make this discovery an essential prelude to eventually confirming -- or refuting -- the existence of the Higgs boson, which is theorized to be the essence of all matter, the ultimate basis of everything in the universe.

The basic structure of matter evolved from the first nanoseconds after the Big Bang, the explosion of energy that is believed to have created the universe. A better understanding of the basic makings of everything could provide insight into how the universe will further evolve.

"What we learn could lead to new interpretations of the forces of nature and possibly to an understanding of dark matter, the mysterious substance that is believed to contribute the bulk of the mass of the universe," Hirosky said.

The experiments were carried out at the U.S. Department of Energy's Fermilab near Chicago, home of the Tevatron, currently the world's highest-energy particle accelerator.

The accelerator collides intense beams of proton and anti-protons. The collisions shatter the protons, producing new particles and allowing physicists to study the most basic elements of matter and forces that form the basis of all matter.

A new, much higher energy collider, the $3.2 billion Large Hadron Collider near Geneva on the Franco-Swiss border, is scheduled to go online Sept. 10 and may ultimately prove whether the elusive Higgs particle exists.

"Only about 1 in 10 billion collisions might produce a pair of Z dibosons, which we observed," Hirosky said. "The Higgs is predicted to be at least 10 times rarer than the ZZ. Our observation of ZZ puts us deeper into Higgs territory. The observation of ZZ is perhaps the last experimental stepping stone before finding the Higgs."

Hirosky will continue to participate in ongoing research at Fermilab, and also, along with other members of U.Va.'s High Energy Physics Group, will conduct new experiments at the collider in Geneva.

Fall Is in the Air on Grounds END_OF_DOCUMENT_TOKEN_TO_BE_REPLACED