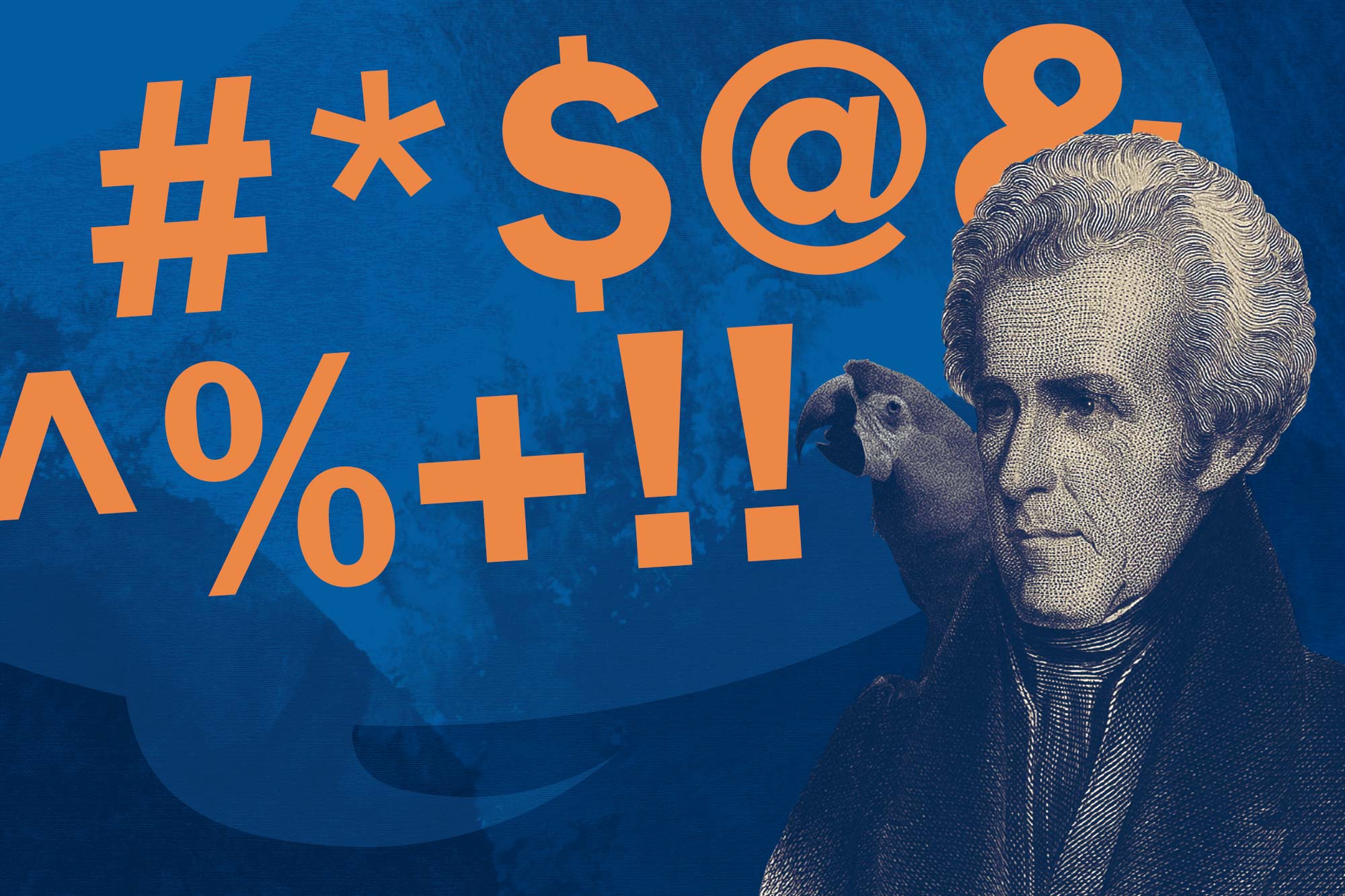 Scathing political rhetoric is nothing new in the United States, but recent weeks have seen a flurry of reactions to on-the-record profanity by political operatives. While shocking in the moment, history shows that the tradition of salty language inside the West Wing is nearly as old as the White House itself.

Even the briefest review of the transcripts and recordings available through the Presidential Recordings Program at the University of Virginia’s Miller Center reveals that presidents and their advisors were in the habit of including profanity in their conversations. The program focuses on secret White House tapes – declassified recordings of Oval Office exchanges by every president from Franklin Delano Roosevelt to Richard Nixon.

UVA Today asked the Miller Center’s presidential historians for some of the most memorable instances of cursing and ranting by American presidents.

“I've come to the conclusion that you are an 'eight ulcer man on four ulcer pay.'”
- Harry Truman,
33rd U.S. President

Truman opens the letter with this unusual insult: “I've come to the conclusion that you are an 'eight ulcer man on four ulcer pay.'” The president went on to impugn Hume’s writing career and threaten him physically.

“Some day I hope to meet you,” he wrote. “When that happens you'll need a new nose, a lot of beefsteak for black eyes, and perhaps a supporter below!”

Although the dirtiest word used in the letter is “poppycock,” Riley noted that this letter stands out for the presidents’ sheer willingness to write such a vicious letter to someone who certainly had the power to publish it.

Hume never printed it, but he may have gotten the last laugh. He sold the original letter to a private collector for $3,500 in 1951.

While running for president in 2000, George W. Bush was unaware that a microphone near him and running mate Dick Cheney was turned on. Speaking to Cheney, he pointed out a reporter in the crowd at an Illinois campaign rally and said, “There’s Adam Clymer, major-league a--hole from the New York Times.”

The media made much of the remark at the time, but it didn’t do much damage to the future president’s campaign. In some ways, it may have even helped him.

“Ultimately, in instances like this, I think the main effect of the public revelation was to convey a sense of rough authenticity – a close approximation of toughness – that works to a president’s (or a presidential candidate’s) advantage,” Riley said.

America’s seventh president was never known for his personal restraint, and it seems that Andrew Jackson’s propensity for swear words rubbed off on his pet parrot.

“A wicked parrot that was a household pet, got excited and commenced swearing so loud and long as to disturb the people.”
Rev. William Menefee Norment,
Funeral Attendee

Contemporary accounts suggest that the parrot, agitated by the crowds attending Jackson’s funeral at his home in 1845, launched into a profane tirade while surrounded by mourners.

Later, funeral attendee Rev. William Menefee Norment wrote, “Before the sermon and while the crowd was gathering, a wicked parrot that was a household pet, got excited and commenced swearing so loud and long as to disturb the people and had to be carried from the house.”

At the end of a lengthy interview during the 2012 presidential campaign, journalist Eric Bates and President Obama were joking that Obama would certainly win the age 6 to 12 demographic if youngsters were allowed to vote. Obama said that kids would vote for him because they have good instincts.

When A Problem Comes Along, Carter Whips It

President Jimmy Carter and the late Sen. Edward Kennedy had a famous rivalry that rose to national prominence during Kennedy’s Democratic primary challenge to Carter in the 1980 presidential election.

Carter was furious at the idea that Kennedy was likely to challenge him in 1980, and before the senator even announced his primary candidacy, Carter told a group of congressmen in 1979, “If Kennedy runs, I’ll whip his a--.”

Ultimately, he did just that. Though he later lost the general election to Ronald Reagan, Carter went into the 1980 Democratic National Convention with a clear majority of delegates. Carter and Kennedy maintained a public distaste for each other for decades to come.

Andrew Johnson in the Whiskey

At Abraham Lincoln’s second inauguration in 1865, Andrew Johnson delivered a cringe-worthy speech in his new role as vice president. Profane not so much in content, but in the manner of delivery, multiple contemporary accounts describe Johnson as falling-down drunk throughout his remarks.

“I was never so mortified in my life, had I been able to find a hole I would have dropped through it out of sight.”
- Zachariah Chandler,
Senator from Michigan

Johnson’s rambling words were so painfully bad that outgoing Vice President Hannibal Hamlin is said to have tried vainly to get him to cease by tugging on his coattails.

In a letter to his wife describing the event, Michigan Republican Sen. Zachariah Chandler wrote, “I was never so mortified in my life, had I been able to find a hole I would have dropped through it out of sight.”

When Nixon released the transcripts of his Oval Office tapes in 1974, one of the many revelations that shocked the public was the number of times that the notation “[expletive deleted]” appeared in the text.

A review of all the Nixon tapes reveals that foul four-letter words were most often found in his conversations with aides. Hughes pointed to one 1971 conversation in particular when Nixon was speaking to National Security Adviser Henry Kissinger and other advisers about how to avoid making unwanted news. In the course of the conversation, Nixon refers to a press “son of a b----” and uses other lewd names for reporters.

Unlike other instances of presidential swearing that Riley suggested revealed authenticity, Nixon’s foul mouth only contributed to his plummeting reputation.

“There is a difference between the kind of one-off revelation – a brief glimpse behind the scenes, which is usually treated with some embarrassment by the speaker – and a long train of profanity employing the basest words in the language, which is what [now-departed White House communications director] Anthony Scaramucci now has in common with Richard Nixon,” Riley said. “Habitual revelations of the foulest language are seen as a sign of a character deficiency.”

Whether it’s the stress of the job or the nature of those who tend to get elected, these seven prominent examples are likely just a few of the moments when American presidents have let foul mouths fly free.

From all his research of past presidents, McKee observed, “Presidents and vice presidents who don’t swear are the exception.”

Message from President Ryan Regarding Fatal Shooting on Grounds END_OF_DOCUMENT_TOKEN_TO_BE_REPLACED