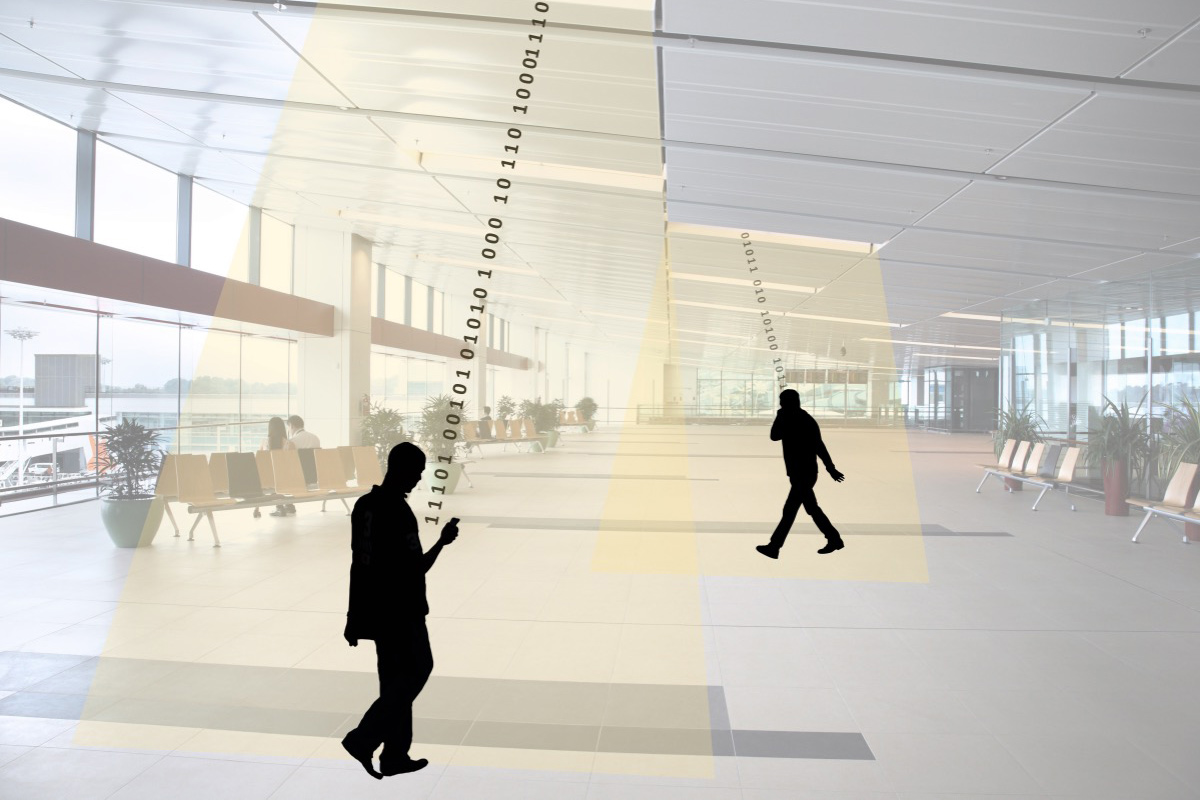 A University of Virginia engineering professor and her former graduate student have refined an alternative to Wi-Fi, and they have formed a company to market the concept. The technology is called “Li-Fi,” because it uses LED light waves to transmit data.

Maite Brandt-Pearce, a professor in the Charles L. Brown Department of Electrical and Computer Engineering, and Mohammad Noshad, her former Ph.D. student, have teamed with entrepreneur Fraidoon Hovaizi to create VLNComm LLC. The company employs nine and has a facility in the Pantops area of Albemarle County, east of Charlottesville. 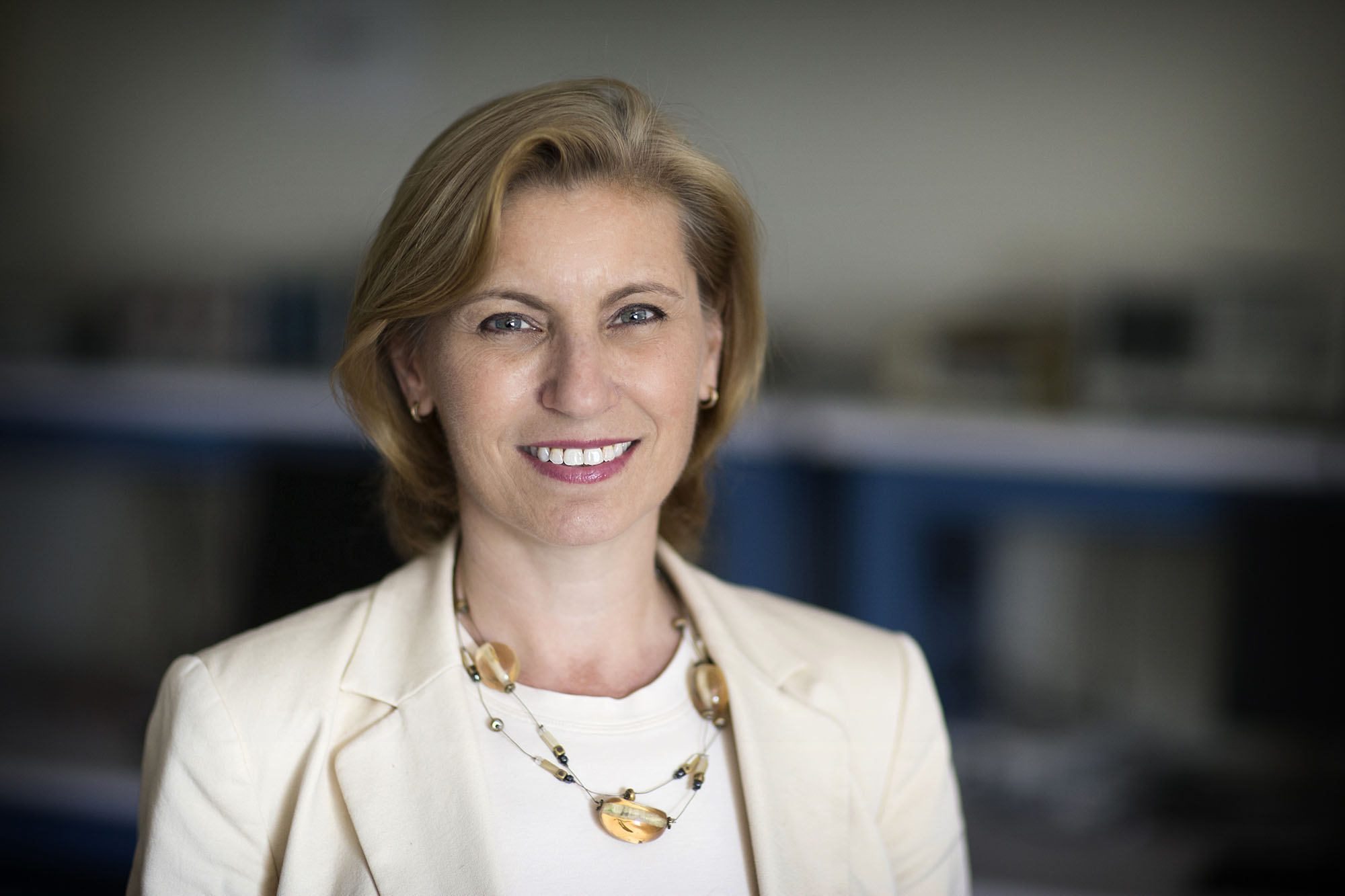 Brandt-Pearce and Noshad took an idea first demonstrated in a laboratory in Japan in 2004 and developed it into a workable product.

VLNComm wants to modify the same LED fixtures that are used for lighting to carry wireless signals in environments where the usual radio-wave wireless signals cannot be used, such as hospitals, some manufacturing facilities and in circumstances that require secure networks.

The company has received early investments from the U.S. Department of Energy and the National Science Foundation, through their small business development programs, and has been in negotiations with U.S. government agencies and companies including Lockheed Martin.

VLNComm’s latest overhead-light prototype provides Internet data speeds comparable to what most users experience with Wi-Fi in homes and offices.

VLNComm is focused on several markets, including areas where many people are trying to access the internet at once, such as in stadiums or concert halls. With current Wi-Fi, one signal gets shared by all users – causing that frustrating situation where your phone shows five bars of signal strength, but you still can’t get any data. The LED approach allows each light source to be a separate way to connect, which means that many more users can gain access.

“What is especially interesting about this technology is its ability to supply a high data rate to high densities of users in venues such as airports or shopping centers,” Brandt-Pearce said. “You have lots of people in crowded areas who are all trying to use broadband at the same time.  With Wi-Fi, almost nobody can get access. There is too much contention. Imagine a conference hall where you try to download something and, because everyone is trying to download at the same time, everything comes to a crawl.

“With Li-Fi, there is less contention because there are so many light fixtures, each covering a narrow area. We can provide for many more users in the same environment.”

VLNComm is also in negotiation to generate secure networks for the government.

“Right now, we have an interest from the Department of Energy to outfit one of its conference rooms inside a secure facility,” she said. “You walk into the room, and there would be a pile of small dongles on the table. Connect one to your laptop, and you would have wireless access inside the conference room. If light can’t get out, the Li-Fi is completely secure. In contrast, the radio waves used in Wi-Fi just go right through the walls.”

VLNComm is presently bringing a Li-Fi-capable desk lamp to market this year for office use.  Larger light panels to replace large-venue ceiling lamps are in development.

“Current Wi-Fi works pretty well at home where there aren’t many users and security isn’t a critical issue, so we realize that our product would need advantages such as being quite a bit faster. That’s what will drive the research,” Brandt-Pearce said. “However, if you have individuals who are sensitive to radio waves, such as premature infants or very sick elderly people, you may not want to turn the Wi-Fi on. This is an immediate market.”

Brandt-Pearce said VLNComm is also working on indoor mapping applications, where standard GPS signals cannot work. So finding a car inside a parking structure or finding a departure gate inside a large airport could be offered via Li-Fi. This technology is being developed in collaboration with i2cat, a company in Barcelona.

They are also looking at using it on autonomous robots. “Imagine robots in warehouses and factories; they need to know exactly where they have been and where they are going,” she said. “Or imagine you are sending a robot in to rescue someone in a fire, or a robot that is trying to defuse a bomb, where radio waves could cause an explosion. You can use it in a lot of new autonomous situations because you can communicate and do indoor positioning in a safe and reliable way.”

There are multiple advantages for the University as well. Its name is included on the patents for the new technology, and there are opportunities for students to do more research. A second former graduate student is working for VLNComm, and Brandt-Pearce said there is research funding for yet another.

“This is a brand-new technology, and we are trying to solve problems as they come up,” she said. “And I don’t mean development problems. I mean true research problems, very fundamental problems that we discover as we apply this technology to support communications.”

The company, for which Brandt-Pearce is the research adviser, is moving forward with the desk lamp and the building lighting panels.

“Right now we are focused on improving the technology, making it faster and more robust, while creating prototype systems that we can show to prove how well the technology works,” she said. “This is vital as we seek investment to produce commercially viable products.”

There are many applications for the technology, which can complement existing uses or replace them, as well as brand-new applications, such as vehicle-to-vehicle communication via headlights and taillights and in-flight wireless internet from the small overhead lights, giving faster and cleaner service.

“It is the only technology capable of wireless communication in some environments,” Brandt-Pearce said.  “That’s our first target market.”

Do You Know the History of Your Favorite Corner Spots? END_OF_DOCUMENT_TOKEN_TO_BE_REPLACED

Netflix to Add Ads. Why This Could Be a ‘Game-Changer’ for Your Viewing Experience END_OF_DOCUMENT_TOKEN_TO_BE_REPLACED

What’s Next for UVA’s Class of 2022? END_OF_DOCUMENT_TOKEN_TO_BE_REPLACED