Q&A: Can You Imagine a ‘Cashless Society’? Sweden is Nearly There 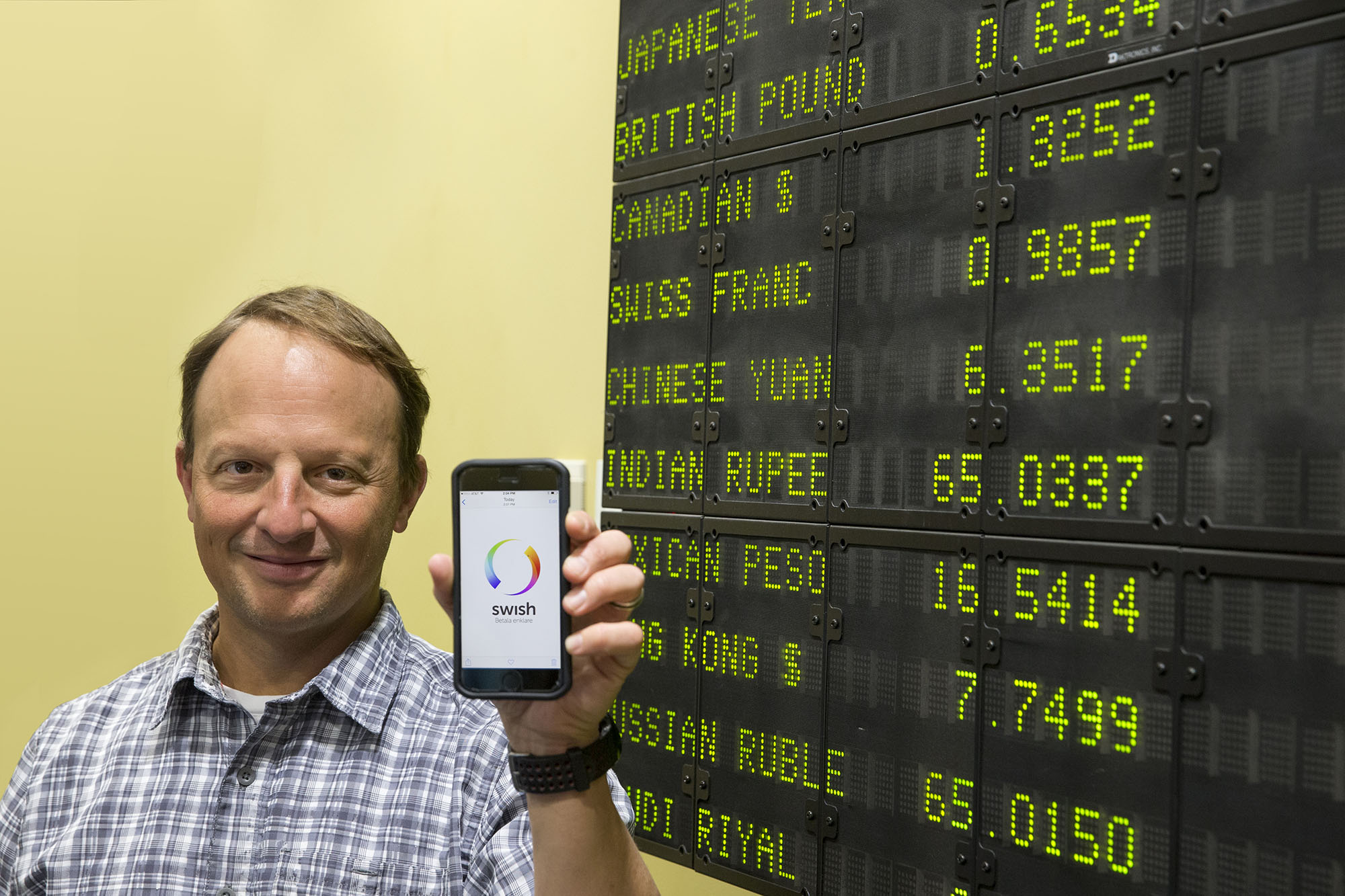 A new study out of Sweden says the tiny country is on course to become the world’s first “cashless society,” thanks in part to a mobile payment app called Swish.

The Royal Institute of Technology in Stockholm released a statement in October quoting researcher Niklas Arvidsson, who said cash is an important means of payment in many countries, “… but that no longer applies here in Sweden.”

Arvidsson and his team of researchers said there are about 80 billion Swedish crowns in regular circulation, down from 106 billion six years ago. “And out of that amount, only somewhere between 40 and 60 percent is actually in regular circulation. … Our use of cash is small, and it is decreasing rapidly.”

Swish has more than 3.5 million users (of Sweden’s total population of 9.5 million) and nearly 4.5 billion Swedish crowns were “Swished” in October.

What is Swish and why are the Swedes embracing currency-free transactions? David C. Smith worked at the U.S. Federal Reserve and taught in Sweden. Below, Smith, the director of the McIntire Center for Financial Innovation in UVA’s McIntire School of Commerce, answers UVA Today’s questions.

Q. The idea that Sweden will soon be a cashless society sounds sudden. Is it?

A. I wouldn’t think of it as going from cash to electronics all of a sudden. Around the world, especially in developed countries, we are moving toward electronic payment systems. I mean, I don’t have any cash in my wallet. I use my Visa Card and often use PayPal, so I think Swish is just a further development in that process.

It was originally created for transactions between individuals. With PayPal, you have to log in, enter the transaction and you can’t be sure how long it will take for the money to land in your account. With Swish, if we both have the app, I type in your cell phone number, enter the amount, hit enter, and it pops up in your bank account right away. In this country, Apple and Google are trying to do the same thing, to speed up and simplify transactions.

Q. Why do you think the Swedes are closer than any other country to going cashless?

A. Scandinavians and Northern Europeans have long been far ahead of us in terms of using electronic payment systems. They had debit cards long before we did. I got there in the early ’90s and they had all these terminals in stores where you could swipe your card long before we did. It’s a smaller country, so that makes it easier. In Sweden, you also have a smart, sophisticated and innovative population.

Q. Who created Swish and how did it catch on in Sweden?

A. It was developed by a Danish bank called the Danske Bank. I think it owns one of the Swedish banks and they got the other Swedish banks on board, including the Swedish central bank. There are about 12 major banks in Sweden.

Q. Why do you think the banks embraced Swish?

A. Anything that reduces the use of currency makes things easier for the banks. Managing cash, and especially coins, is very expensive. You’ve got to store it and it has to be cleaned. Coin currency is very heavy and it’s expensive to transport. There is also the risk of fraud or counterfeiture with currency. The less you have of paper currency and coins in circulation, the cheaper it is for everybody.

Q. What are the risks associated with using something like Swish?

A. There is always potential for fraud. You have to think about, ‘How would it be easy for someone to cheat the system? What if they got your phone and started sending themselves money?’ I’m sure there are lots of people out there thinking of ways to cheat the system and I’m sure the banks are thinking about that, too. That would be the biggest danger: security, hacking, fraud.

Q. What do you think about society shifting to a cashless society?

A. A lot of it is going to be generational. My use of cash is a lot less than my mother’s and certainly my grandmother’s. My 9-year-old, Callan, will certainly see less cash than me.

For All of Us END_OF_DOCUMENT_TOKEN_TO_BE_REPLACED