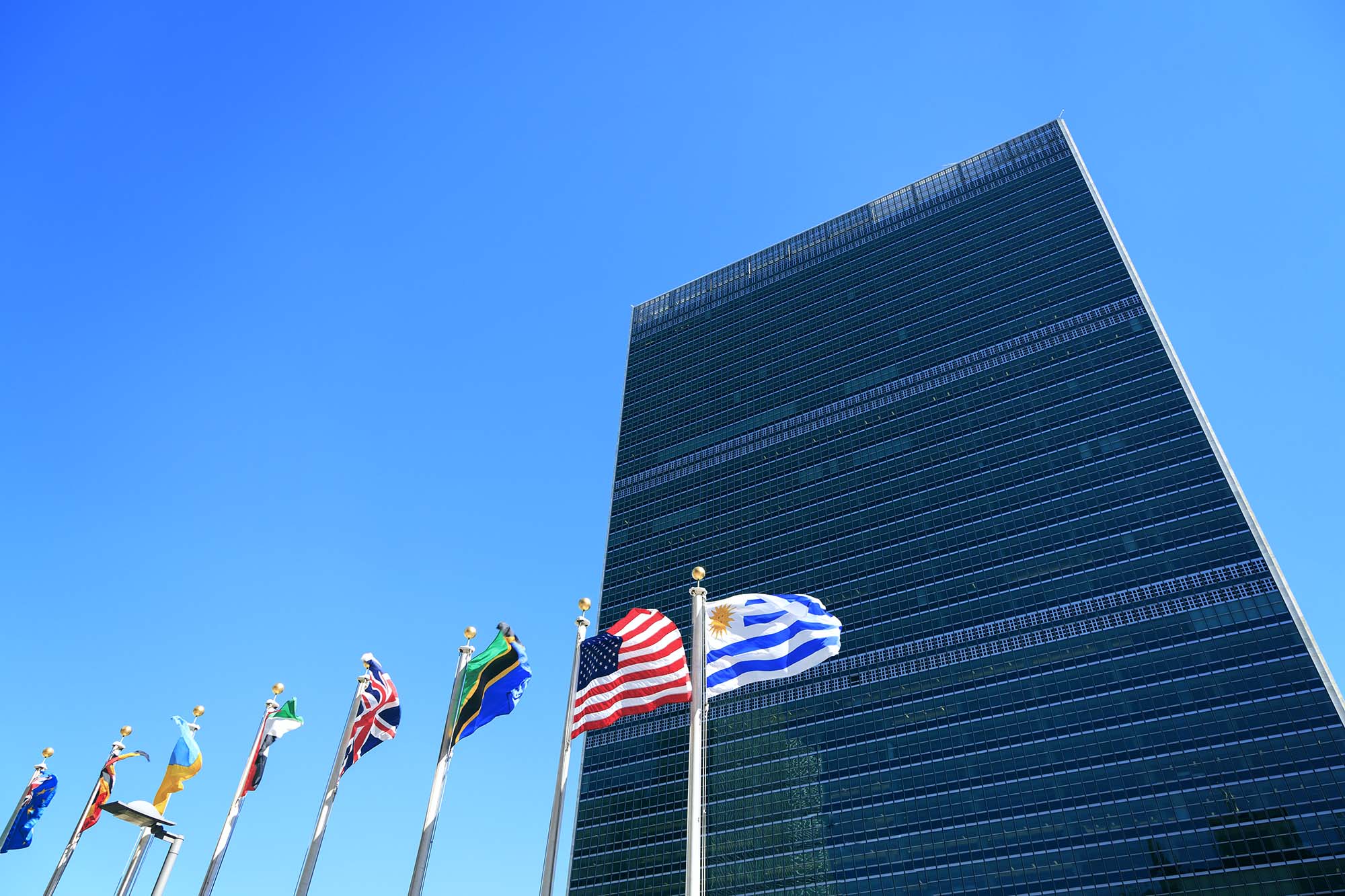 The coronavirus pandemic has touched nearly every aspect of American life and government, and foreign policy is no exception.

How the United States has handled and continues to handle the pandemic has implications far beyond U.S. borders, affecting policy and power struggles around the world, according to Todd Sechser, the Pamela Feinour Edmonds and Franklin S. Edmonds Jr. Discovery Professor of Politics at the University of Virginia.

Sechser directs UVA’s Democratic Statecraft Lab, which officially launches this week with a webinar happening Thursday at 1 p.m., “American Statecraft in the 21st Century.” The event will feature a debate between Anne-Marie Slaughter, CEO of the New America think tank, and Stephen Walt, Belfer Professor of International Affairs at Harvard University, moderated by NPR’s Mary Louise Kelly; and an interview by Kelly with Michael McFaul, former U.S ambassador to Russia.

The Democratic Statecraft Lab is part of UVA’s Democracy Initiative, which brings together students, faculty and policymakers to analyze challenges to democracy around the world. Sechser and his colleagues focus on the twin challenges of authoritarianism and global power competition. 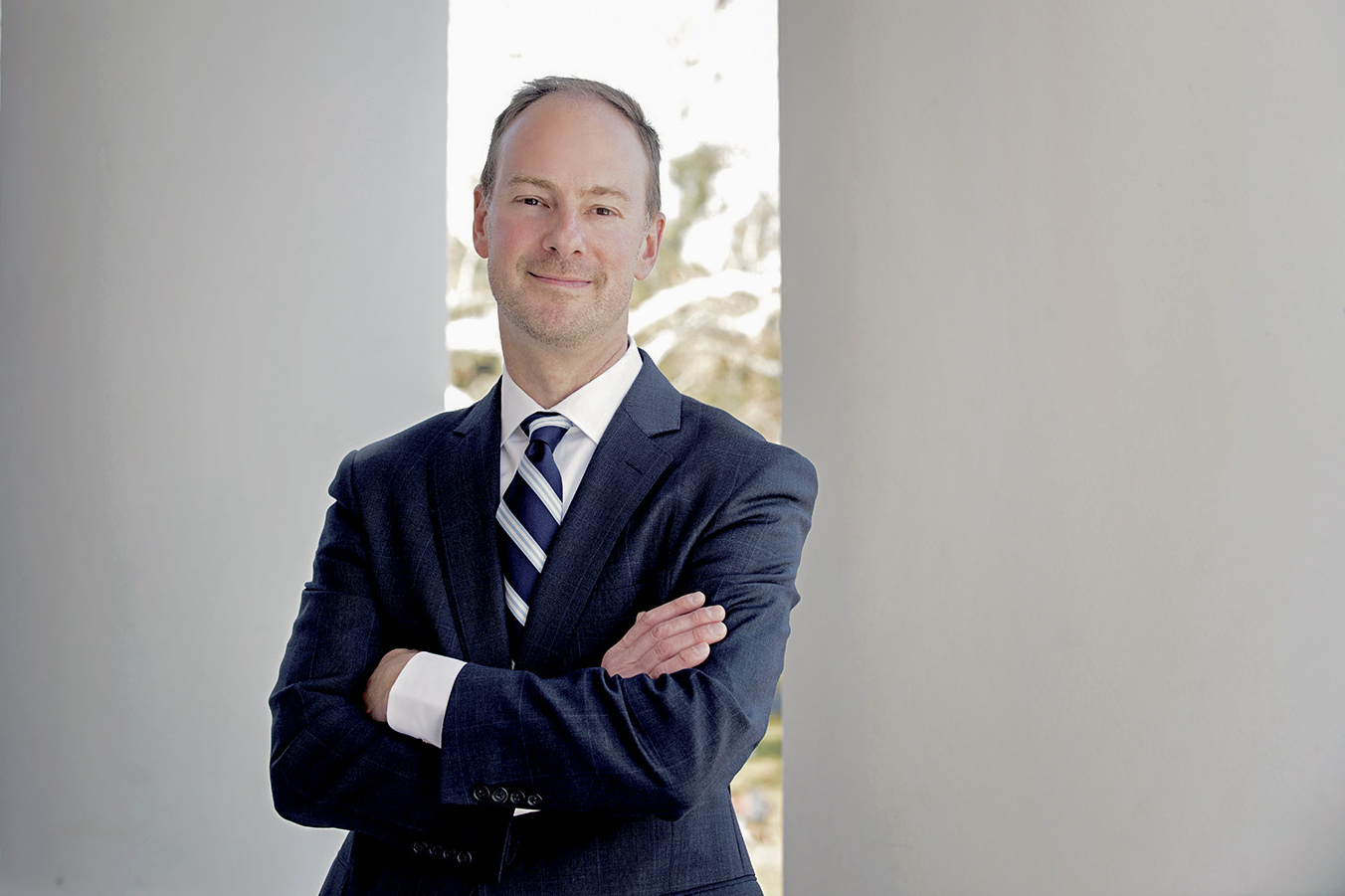 We spoke with Sechser, who also holds appointments at UVA’s Frank Batten School of Leadership and Public Policy and UVA’s Miller Center of Public Affairs, before Thursday’s event to talk about the foreign policy challenges that COVID-19 poses.

Q. How has COVID-19 changed the international landscape?

A. First and foremost, the pandemic has been a terrible human tragedy, with more than a million deaths in less than a year – and no end in sight. If COVID-19 were a military conflict, these fatality rates would put it above every war since World War II.

But the pandemic has also changed the complexion of international affairs in fundamental ways.  When the pandemic hit, the world became a less interconnected place in a matter of months.  International trade, air travel and transportation plummeted. Along with it, the global economy contracted and went into recession. Countries imposed travel bans. Overall, the densely connected world to which we have become so accustomed became instantly less global and more balkanized.

Some of these sectors are beginning to recover, but a new wave of the virus this winter could deal a second blow.

Q. From an American perspective, what foreign policy challenges have emerged from the pandemic?

A. The COVID-19 crisis was a pop quiz of sorts for two competing systems of government: Western liberal democracy and authoritarianism. To the extent that there is an emerging rivalry between the United States and China, there is also competition between their differing approaches to government. The United States, to put it lightly, did not perform well on this test.  The inept U.S. response to the virus not only carries a human cost, it also tarnishes the image of liberal democracy and gives cover to aspiring authoritarians who would like to use the pandemic as a pretext to weaken their countries’ democratic guardrails.

To be clear, China also bungled its initial response to the virus, while plenty of democracies – including South Korea, Germany and New Zealand – have managed it well. But China regained its balance and has now controlled the virus, while the United States remains divided about even basic health measures like face coverings. If the United States is the standard-bearer for democratic governance, its missteps have done significant damage to the democratic “brand.”

Q. How is foreign policy affecting the presidential campaign?

A. The pandemic is justifiably dominating the presidential campaign. But it has also obscured major foreign policy differences between the candidates.

The candidates offer very different visions of the U.S. role in the world. Biden envisions a more active role for the United States, which includes strengthening U.S. alliances, staying involved in international institutions and cooperating to address transnational problems like climate change. The Trump administration, by contrast, is more skeptical of American commitments abroad, criticizes international institutions for constraining U.S. sovereignty, and has feuded with U.S. allies. This basic debate between engagement and restraint will continue to animate U.S. foreign policy for a long time.

Q. What about the current situation in the White House, after President Trump was diagnosed with COVID-19 last week?

A. This is a dangerous moment in U.S. foreign policy. The president has contracted COVID-19, his health status is uncertain, and the White House is in chaos. Moreover, the president himself continues to cast doubt on the legitimacy of the upcoming election. These are both serious problems. At the very least, it is possible that the election results could be contested for an extended period of time. Some have speculated that a large portion of the country might not accept the outcome, leading to protests and civil unrest.

All of these scenarios would have serious foreign policy consequences if they create confusion about who is in charge. That is worrisome in the best of times, but especially during a foreign policy crisis. Election uncertainty could even embolden U.S. rivals: China, Russia, North Korea or another country could conceivably exploit a moment of confusion in the United States by taking aggressive action. How would the United States respond if there is a dispute about who is president? The possibilities of Russia annexing a slice of Lithuania, or China invading the Senkaku Islands, for example, are already thorny problems without obvious solutions. But they become bewilderingly difficult if we also introduce ambiguity about who is the rightful commander in chief.

Q. Regarding foreign policy, what could be done to stabilize the current situation and help the world move past the pandemic as, one hopes, a vaccine arrives and is distributed?

A. Getting COVID-19 under control is the single most important foreign policy action the United States can take. The virus is not just a public health catastrophe; it is whittling away at the foundations of American strength. The economy is stagnant, millions are jobless, and the closure of in-person schools in cities across the country is eroding America’s human capital. Beyond that, continued incoherence in responding to the virus harms the nation’s image and distracts from other pressing problems.

A vaccine may prove to be a magic bullet, but even if it arrives tomorrow, it will be many months (and maybe longer) before a vaccine alone can resolve this crisis. Interim steps – vastly improved public health messaging, testing, contact tracing and a new Congressional stimulus package, for starters – would go a long way toward mitigating the pandemic in the meantime.  These measures will help the country refocus on imminent challenges like the rise of China, climate change and the spread of nuclear weapons.

What Is the ‘4th Side’? END_OF_DOCUMENT_TOKEN_TO_BE_REPLACED