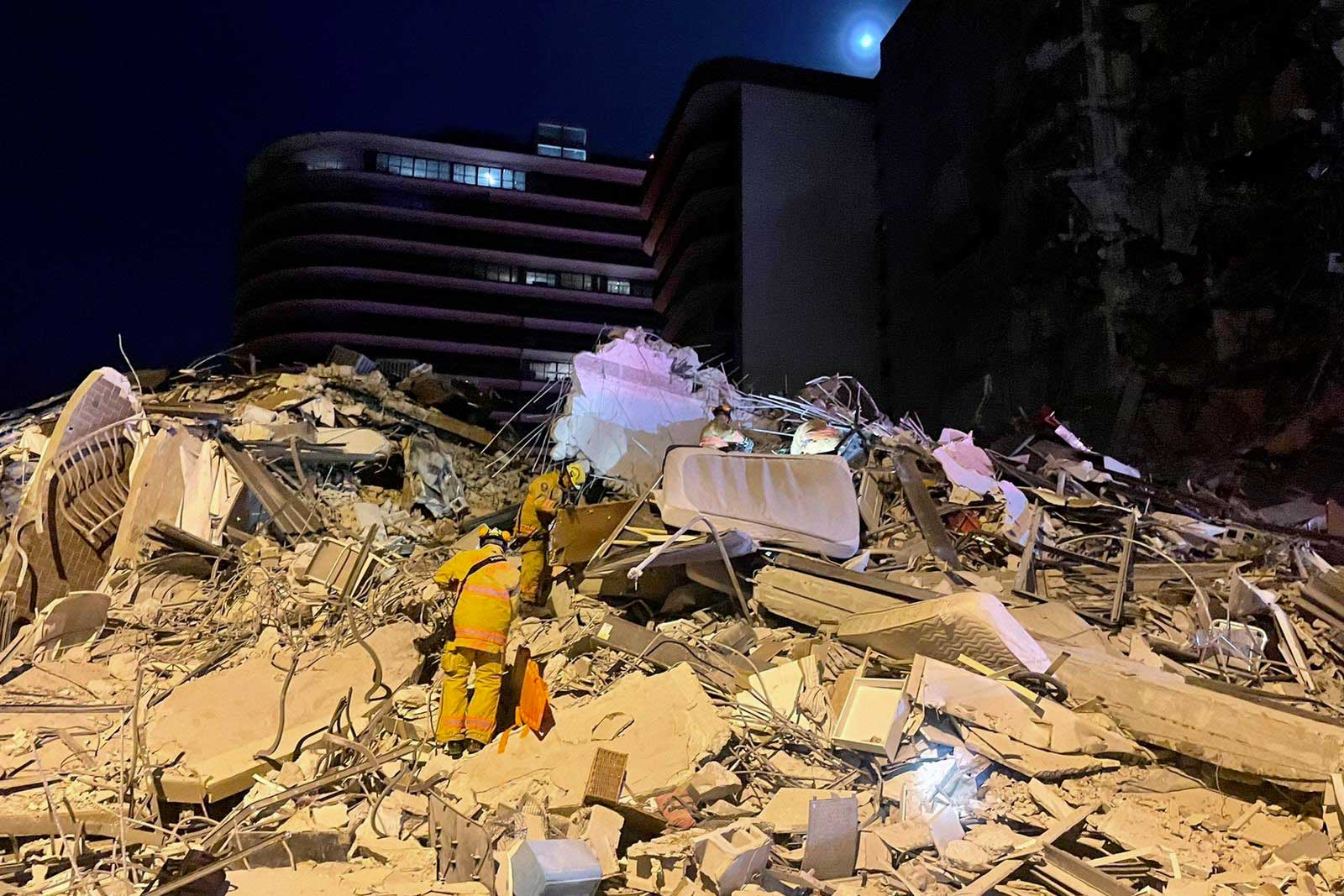 In one of the worst building disasters in American history, a condo building in Surfside, Florida collapsed in the early hours of June 24, as most of its residents were sleeping.

The death toll officially stood at 78 on Friday as workers announced they were switching from search and rescue to recovery operations, two weeks after the collapse. Sixty-two residents remain missing as workers continue to comb through the wreckage of the 12-story building.

In addition to bringing tremendous grief, the collapse has raised questions about the structural integrity of older buildings across America and the processes in place to inspect and maintain those buildings and ensure their safety.

Here is what he had to say.

Q. You research the science of corrosion. When you watch the news coverage of the Champlain Towers South building, do you have any theories about what went wrong?

A. First, my heart goes out to those who have suffered losses from this tragedy, and to the emergency responders who are working to bring some closure to the families of the dead and missing.

As an outside observer, I would expect the investigation to look at how the condominium was designed, the materials used in the construction and how the building and facilities like the pool were used and maintained.

I suspect the failure resulted from a cascading series of events rather than a single unique point of failure like no other. Even if it is a material’s-centered failure, related to time-dependent, materials degradation (i.e., not as strong as it was 40 years ago), it’s materials coupled with something else such as design and maintenance.

A catastrophic event such as the Surfside collapse occurs because a chronic or acute condition leads to an instability. To offer an analogy from the health field, the condo collapse is like suffering a fatal heart attack. Heart disease and its contributing factors are the chronic conditions that cause cumulative damage to the heart over time. A series of arteries become increasingly blocked until the worst one enables the heart attack. 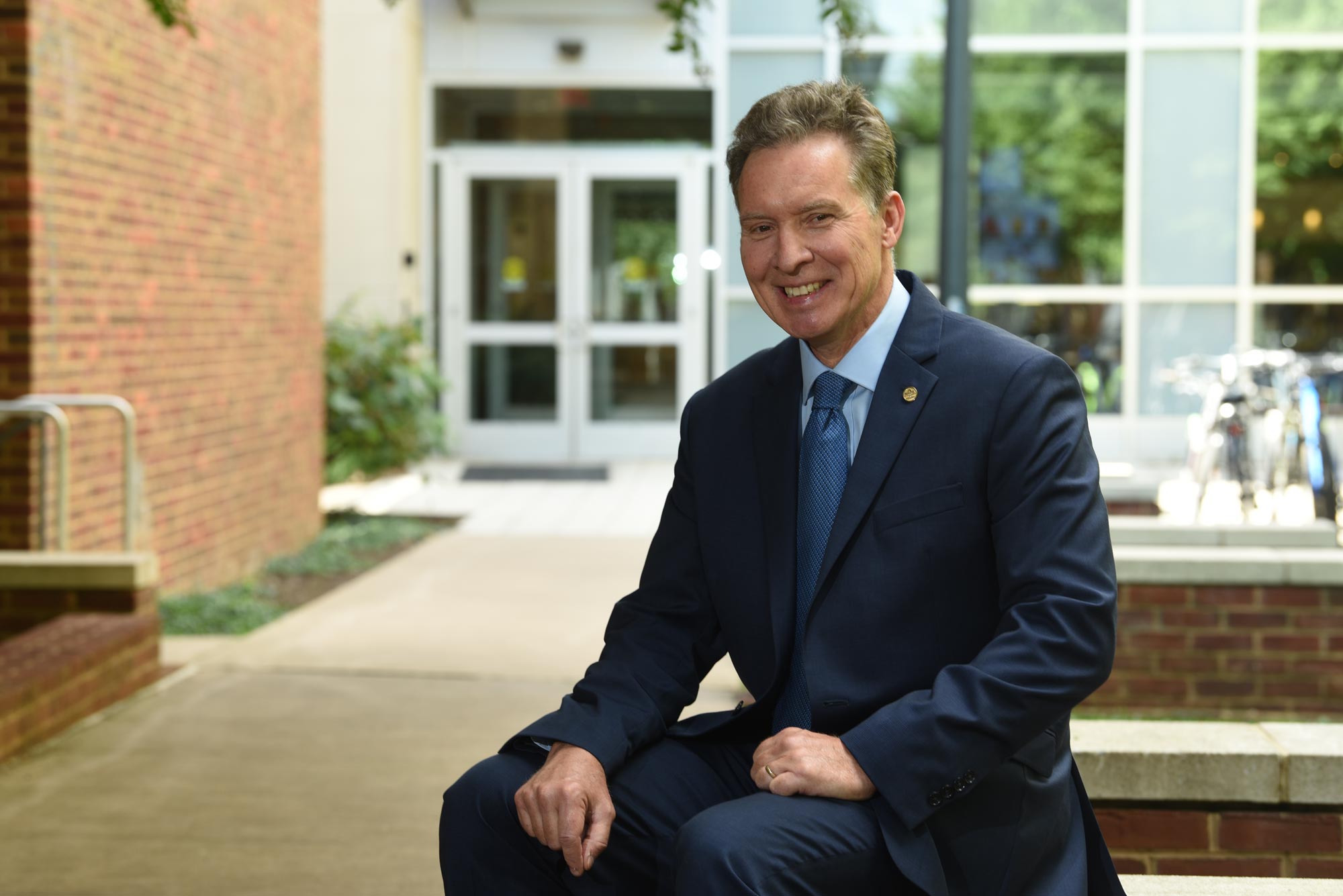 To complete the analogy, time-dependent environmental cracking and corrosion compose just a few types of outcomes that result from a chronic condition such as environmental ingress of chemical species over time, which could contribute to time-dependent degradation that makes a given element or elements in the building structure weakened or sick from the structural integrity viewpoint.

Q. From your experience, which materials would be the focus of investigators’ attention?

A. The primary materials to consider are concrete and the embedded, pre-stressing or pre and post tensioning steels that allow the concrete to be placed in compression under situations where it would normally be in tension due to design. The concrete can then bear weight, even if some loading is in tension rather than compression. The pre- or post-tensioning steel allows this.

Essentially there are two ways the pre-stressing steel could fail. A loss in a load-bearing, cross-sectional area of the reinforcing steel by corrosion, so that it reaches a condition where it pulls apart under prevailing load. Or, it becomes embrittled and just snaps when the criteria for fracture are met. In either case the concrete alone cannot support the loading nor keep the concrete in compression.

Thinking more about corrosion of these two materials, I would look first for chloride ingress into the concrete. Steel and concrete are pretty happy together until chloride comes between them. It takes many years, but chloride can diffuse through the concrete to reach the embedded steel reinforcing. When chloride comes into contact with the pre-stressing steel, it breaks steel’s own protective oxide film (like a skin) and accelerates corrosion reactions.

One of those corrosion reactions produces hydrogen from water. When the hydrogen atoms are absorbed into the steel, where there is corrosion or pitting for example, the steel becomes embrittled due the interaction between atomic hydrogen in metal. Then a little extra load or a little more hydrogen could cross a critical threshold that can cause rapid fracture.

In a building, this couldn’t just be the case for a single strand of steel, but must have been a fairly widespread condition that went undetected and unrepaired. Picture a distribution of damage states getting worse and worse over time until the point where a critical condition is reached.

Detecting chloride in pieces of the debris is perhaps one way to narrow down the cause. However, chloride could have found its way from the chlorine of the swimming pool or the sea spray that carries and deposits salt. So, detecting chloride ingress in the concrete is a sound lead in the investigation, but not a definitive answer. Another is embrittled pre-tensioning steel, which should be harvested from the demolition and tested.

Q. Your mentioning sea spray ties in to questions about the condominium’s location. How should we think about environmental conditions and the micro climate’s effect on buildings?

A. Environmental conditions are definitely a contributing factor as evident from the time dependence. Chloride deposition rates are site-dependent, a function of proximity to the sea coast, temperature and state of the ocean to produce sea spray. The proximity of the condominium complex to the mean high tide is something that investigators can measure and plug into equations that materials engineers use to assess properties such as corrosion-resistance of various metals in seacoast environments. The concrete cover and waterproofing provide some protection but that can be figured into the analysis. Micro-climates include the notion that some places in a structure remain wet while some are wet/dry or mostly dry. Sunlight and drainage are factors in this regard.

If the structural degradation occurred above ground, sea spray and atmospheric corrosion could be a big factor. If the failure is below ground, repeated wetting and drying (or alternate immersion) without the cleansing of a good rain could be a factor.

Environmental conditions have a cumulative effect. Returning to our analogy, if you smoke cigarettes daily for 40 years, you’re more likely to suffer a heart attack as each artery is affected more and more until a risky situation exists, but there are other factors that can lower an individual’s risk.

Q. From an engineering perspective, how can we lower the risk of tragedies like these from happening?

A. There is hope. For new construction, architects and construction engineers can incorporate new materials that are intrinsically corrosion-resistant. For built structures, we have more and more noninvasive ways to diagnose hidden corrosion, such as optical fibers point of inspection for visual observation, tools to sense corrosion rates and various imaging strategies to detect damage. But these only tell you what the “as is” condition will be. There are also numerous other corrosion control strategies in addition to water proofing measures.

Both new and existing structures can benefit from modeling and simulation techniques. These models work with a wide range of materials considered in either pristine or degraded states and resulting weakened material properties over time that allow modelers to consider scenarios such corrosivity, time and even events such as settling and earthquakes, controlling or changing variables over a broad range of conditions. In this way, the conditions that might be risky or not just the “as is” condition but the “to be” damage state could be qualitatively or even quantitatively defined.

The growing relevance of artificial intelligence in engineering fields is another source of optimism. AI can help the community of designers, builders and inspectors, among others, to discover relationships among the factors suspected or proven to have contributed to failures in our built structure environment. I don’t know of an exact example that would have helped surfside but this advance is just a matter of time.

Again, returning to our analogy, doctors have gotten pretty good at looking at symptoms and data to intuit which patients are at a higher risk for heart attack. AI-driven data analysis can help guide and prioritize where to invest in applying the noninvasive methods I mentioned to determine the “as-is” condition or to model to determine the “to be,” to find and address underlying problems before they become acute.

What’s Next for UVA’s Class of 2022? END_OF_DOCUMENT_TOKEN_TO_BE_REPLACED