Q&A: False Assumptions About Internet Connectivity Can Have Disastrous Consequences 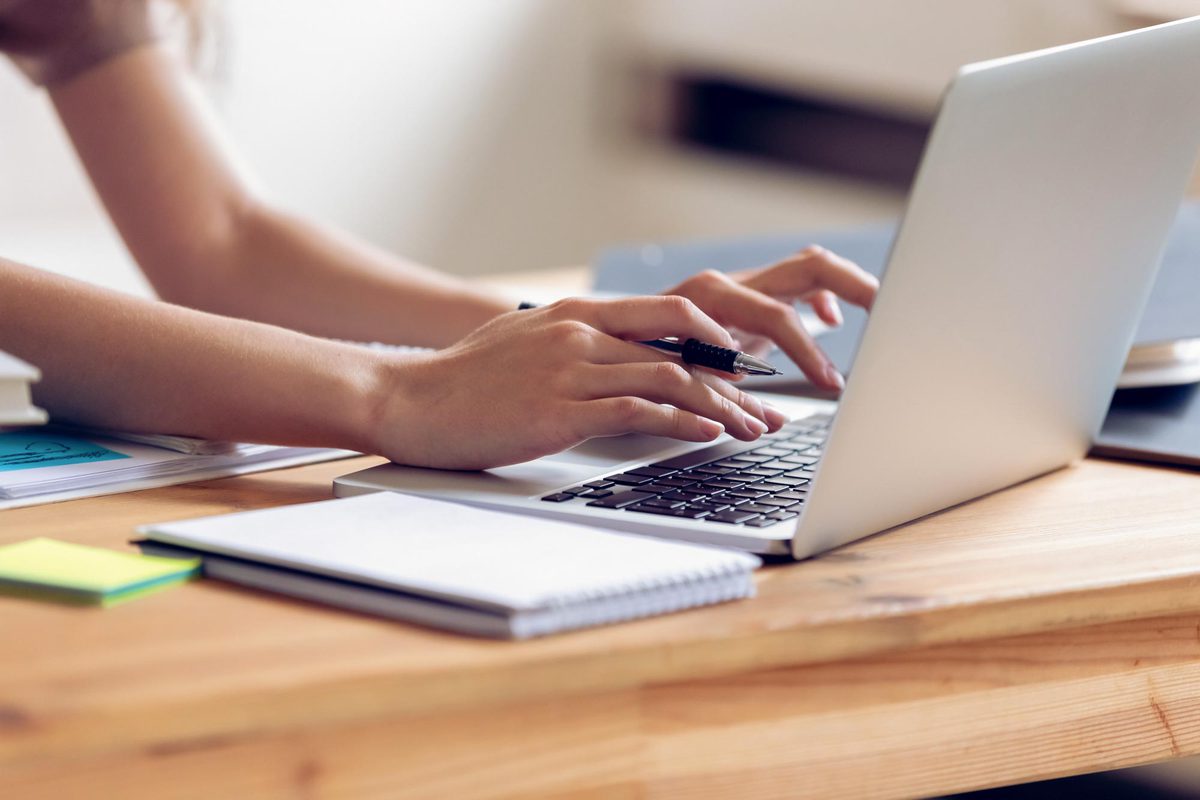 With the coronavirus continuing to spread, social distancing has never been more important as communities around the world attempt to “flatten the curve.”

At the heart of the mission: everyone’s ability to connect to the internet. Adults and children alike need to conduct their day-to-day activities from the safety of their homes.

But can they really do that?

Oftentimes, there is an assumption that broadband is as much of a given as the air that we breathe. But this is simply not true, said Christopher Ali, an associate professor of media studies at the University of Virginia whose research interests include internet accessibility.

Ali said Federal Communication Commission statistics on nationwide and rural broadband connectivity – which claim that 93.5% of Americans have access to broadband internet – are overstated.

Where does that leave the world as it attempts to quell a pandemic that has already taken so many lives?

UVA Today caught up with Ali, the author of the forthcoming book, “Farm Fresh Spectrum: Rural Broadband Policy and the Future of Connectivity.”

Q. Why are the FCC’s numbers, in your opinion, so off?

A. The short answer is the FCC’s numbers are off because the way they are collecting data is off. Right now, [internet service providers] have to report twice a year on the number of people they reach. Except, they don’t have to report that number; they report on it by census block. As long as one building in the census block is served, the entire block is considered served.

So the short answer is about data; the long answer is about politics. The FCC’s policies and data collection dramatically favors the largest telecommunication, cable and satellite companies who love to be able to boast nationwide coverage. The FCC’s mapping methodology allows them to do so.

Q. What are a few misconceptions about broadband?

A. In this recent piece, I write that there are three main misconceptions, but there are actually four (and probably more).

The second is that everyone who has broadband has the same type of connection. Not all broadband is equal, and the technology your ISP uses to connect you to the internet makes all the difference.

The third is that mobile networks (our cell phones) can pick up the slack. But, just like the first misconception, mobile networks are uneven across the country. In fact, a recent report found that mobile providers overestimated the coverage of their networks by up to 40%!

The fourth is that the digital divide is only a rural-urban divide. This is incorrect. Low-income communities, minority communities, tribal nations and immigrants all tend to suffer from a lack of digital connectivity.

Q. Can you speak to the dangerous ripple effect that connectivity issues can pose during a crisis like this?

A. The ripple effects that a lack of connectivity may foster are indeed dangerous.

First and foremost in this pandemic is not being able to access critical information and health guidance. Second is the economic and educational issue. Employees and students (including, of course, UVA students) are being asked to work and study from home, but a lack of connectivity or adequate connectivity will monumentally impact who can work and study from home successfully. Third is quality of life during quarantine/shelter-in-place/social distancing. We depend on the internet to keep us connected, entertained, informed and safe. Imagine not being able to connect with your loved ones or stream your favorite show. These are all important quality-of-life factors that we cannot and should not dismiss, especially now. 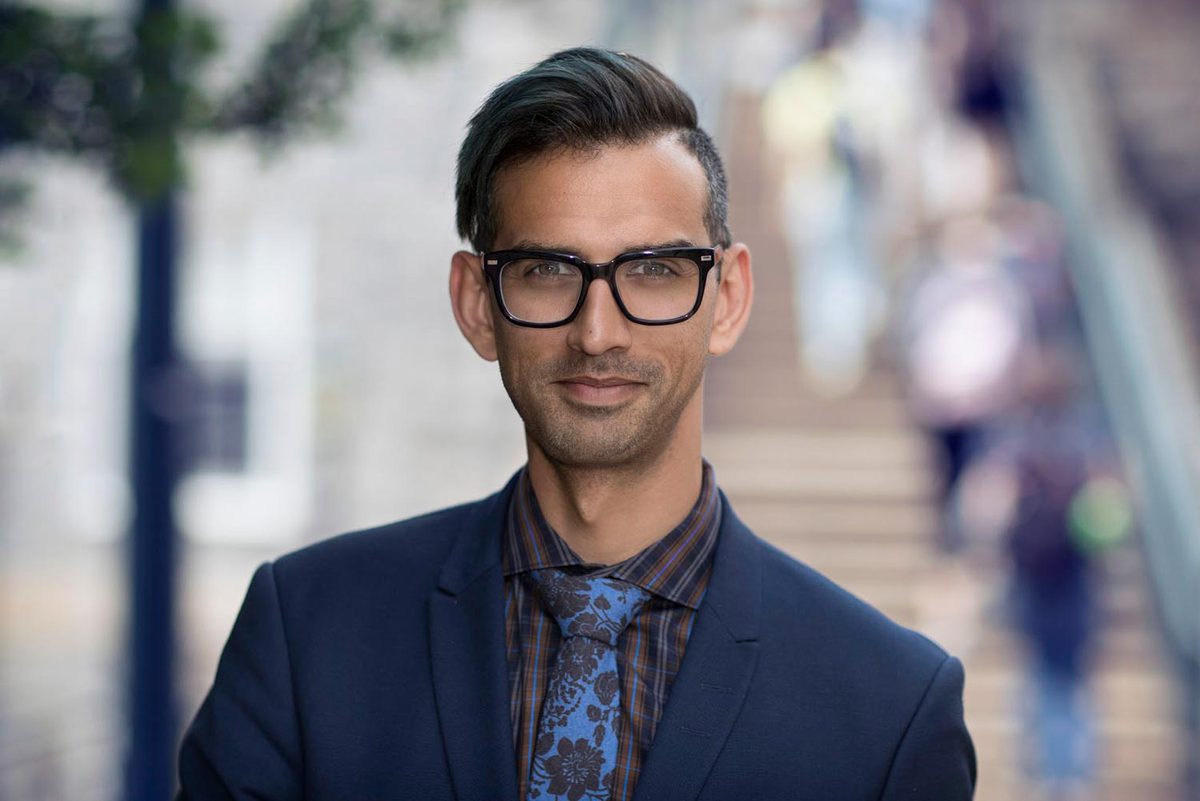 Q. When it comes to not having good internet, who are the most vulnerable people during this type of crisis?

A. Anyone without good internet is more vulnerable, but I’m particularly worried about rural communities who may not have a doctor or health center nearby, and low-income Americans, who may not be able to access health services.

Q. Are any of your students having connectivity issues?

A. Yes, a few have reached out and said that they do not have a good enough connection to do a live Zoom class. Before I constructed my revised syllabi, I surveyed all of my students to ask about their connections. As a result, my classes look very different. One is held live on Zoom, while another is a mixture of pre-recorded lectures and an old-school chat room, which requires less bandwidth than live video. We had our first chat session on Wednesday and I think it was a hit!

[Note: The University is offering financial assistance to students who need access to a computer and/or an internet connection, via a data hotspot.]

Q. What can be done – immediately – to help people who are having connectivity issues?

A. Immediately, we need to be thinking about rolling out hotspots to everyone who does not have a connection. Mobile carriers should also be deploying transportable cell phone towers to improve connectivity.

Actions that have taken place include the FCC allowing K-12 schools to broaden the reach of their school wi-fi to reach the surrounding community, mobile providers not enforcing data caps, cable broadband companies (like Comcast and Spectrum) offering free internet to homes with students, and a pledge not to cut anyone off who can’t pay their bills.

Q. Long-term, what steps can be taken to address these issues?

A. This country needs to realize that broadband is not a luxury. Broadband is a public good, a utility, a necessity and even a human right. We spend billions of dollars a year subsidizing broadband deployment in high-cost areas, but this money needs to be spent more efficiently and democratically. We need to stop favoring the big telecommunication companies and start supporting local ISPs, co-operatives and public options.

Q. With so many people working from home now, are there overloading dangers that come into play? Should people be concerned about losing connectivity?

A. It depends entirely on the technology people use to connect. If you have fiber to the home, you’ll be OK. If you have cable broadband (which most Americans do), you won’t have any problems downloading, but if you have a couple of people in the same house trying to do live Zoom calls or conference calls, you might notice some slowdown and poor service.

If you have DSL, fixed wireless, you might be in trouble with poor connectivity. If you have satellite, you probably will not be able to perform many, if any, of the tasks being asked of employees and students during the pandemic.

Q. Are we better prepared technologically than we might have been 10 years ago for this sort of a shift to remote work?

A. We definitely are more prepared. As slow as national deployment has been, we have made huge progress in the last decade in connecting the country. Still, at least 42 million Americans lack broadband, and that number is probably an underestimation.

We need a plan in place to connect the unconnected and under-connected. That include the communities I mentioned above: rural Americans, Tribal nations, low-income communities, minority communities and immigrants. This can only be done with massive public investment and a concerted effort by the federal government.

But, as I write about in my forthcoming book, “Farm Fresh Spectrum,” we connected the country first with electricity in the 1930s and 1940s. We did it again in the 1950s with telephony. We can to it again in the 2020s for broadband.

What’s Next for UVA’s Class of 2022? END_OF_DOCUMENT_TOKEN_TO_BE_REPLACED