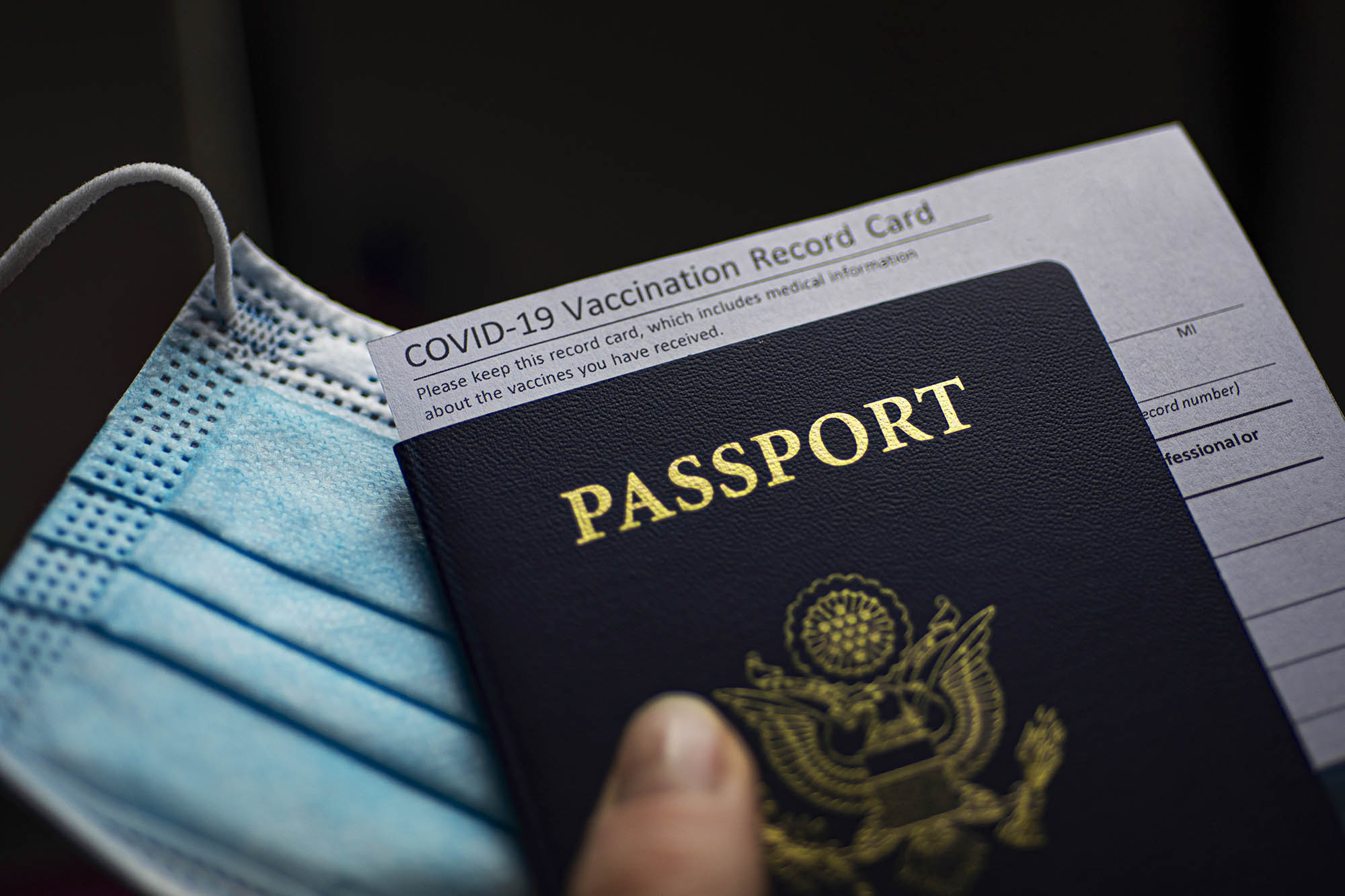 Two scholars argue that governments are not only legally permitted to provide vaccine passports, but some may have a constitutional obligation to do so.

University of Virginia School of Law professor Kevin Cope and ETH Zürich professor Alexander Stremitzer examine the issue in a new essay, published this month in The Journal of Nuclear Medicine. They argue that vaccine passports are permissible under most nations’ constitutions and that pandemic-related restrictions will become harder to justify under these constitutions as more people get vaccinated.

Cope discussed the precedent and appropriateness for vaccine passports and addresses concerns surrounding their use.

Q. What is a vaccine passport, and how could it be used?

A. The term has evolved over the past few months, but essentially it denotes two different concepts: the first means simply a record, either paper or electronic, that shows the holder’s vaccination status. The second concept is the one we’re more interested in: a program in which governments and/or businesses lift certain restrictions for people who can prove they’ve been vaccinated. Beneficiaries would be allowed to travel, attend sporting/political/arts events, eat in restaurants, patronize other businesses, etc., with no restrictions. Q. Is there legal or historical precedent for vaccine passports?

A. Both types have some legal precedent in other countries and international organizations. The first type – a proof of vaccination record – has been used in other countries and internationally. Since the 1950s, the World Health Organization has used the Yellow Card, a standard paper credential proving yellow fever vaccination; national immigration authorities still require it for travel to much of Africa and the Caribbean, and parts of Asia. In 2010 after the H1N1 pandemic, Canada started its “CANImmunize” program, which provides a digital certificate of vaccinations.

The second type – exemption from restrictions – is also commonplace, and it’s legal in most countries of which we’re aware. In 1905, the U.S. Supreme Court in Jacobson v. Massachusetts held that even mandatory vaccinations could be constitutional. While no vaccines are now universally mandated in the United States, schools, universities and some businesses require measles, mumps, hepatitis, HPV and other vaccinations as a condition of enrollment or employment, a requirement the U.S. Supreme Court upheld in 1922 (Zucht v. King). Though there may be cause for limited exemptions, we’re not aware of any court’s holding such requirements generally invalid.

Several governments are now combining the electronic technology with the exemption policy for COVID. Israel has had its “Green Pass” vaccine certificate program in place since February, and the European Union is now developing a similar program.

Q. You and your co-author argue that constitutions might even require vaccine passports. Can you explain?

A. In many systems around the world, the constitution allows the government to prohibit people from participating in certain fundamental activities, but only if the restriction is proportional to the state interest, or elsewhere, if the policy is the least restrictive way of accomplishing the governmental objective. Before vaccines, blanket lockdowns and certain other bans on travel, public gatherings, church attendance, etc., were most certainly a proportional or necessary measure to slow the pandemic. The various legal challenges to these measures mostly failed – rightly, in my view.

But now, a small-but-growing set of the population is fully vaccinated, with efficacy for preventing serious illness reportedly approaching 100%. Compared with a blanket lockdown, a vaccine passport scheme exempting vaccinated people from the restrictions is probably more effective, and definitely less restrictive. So we can imagine a fully vaccinated person going to court and arguing, “Given that I present little or no danger to the public, you no longer have a valid reason for restricting me from enjoying these core liberties and contributing to society and the economy.”

This argument alone should be enough to justify making passports available. But, as many public health experts have argued, the passports would also incentivize vaccinations, nudging the vaccine-hesitant out of their hesitancy and protecting many additional people from the virus.

Q. What are the arguments against using a vaccine passport, and how would you respond to them?

A. The main argument we’ve seen is based in notions of equity or fairness: It is inappropriate or even unconstitutional to give some people these basic rights, but not others. It seems that conservatives and progressives are essentially making different versions of this argument. Many conservatives say that the passports coerce people into accepting a vaccine in exchange for recovering their basic liberties. Some might also argue that governments will use the passports to justify prolonging restrictions. Progressives are focused on the fact that not everyone has access to the vaccine yet, and that some groups may have more access than others.

I’m not entirely unsympathetic to these arguments, but ultimately, I don’t find them convincing. So long as the vaccines are reasonably safe (and there’s no good evidence that they’re not), governments should be able to temporarily condition certain liberties on being vaccinated, if doing so is a reasonable way to protect the public from serious harm. In addition, there’s reason to expect that the program would hasten the end of the pandemic, and thus the easing of liberty restrictions generally.

As to nonuniversal access, the vaccine is generally free, and the groups that still have the least access (young and healthy people) are also least vulnerable to the virus. As for those who cannot get a vaccine for medical or other reasons, some governments like the European Union are reportedly considering providing passports to those who recently and regularly test negative, or to those who can show sufficient antibodies after having recovered from the illness.

Q. Could widespread use of vaccine passports lead to counterfeits and fraud?

A. We’re not data security or privacy experts, and we haven’t studied this issue extensively. But many governments, businesses and nonprofits are developing vaccine passport smartphone apps that, they claim, protect the user’s medical privacy like existing medical-record apps (like MyChart). As to counterfeiting, given the hassle and legal risk involved in committing vaccine passport fraud, wouldn’t it be a whole lot easier to just go and get vaccinated?

A Giant ‘Thank You,’ a Dose of Optimism and Bonus Good News END_OF_DOCUMENT_TOKEN_TO_BE_REPLACED