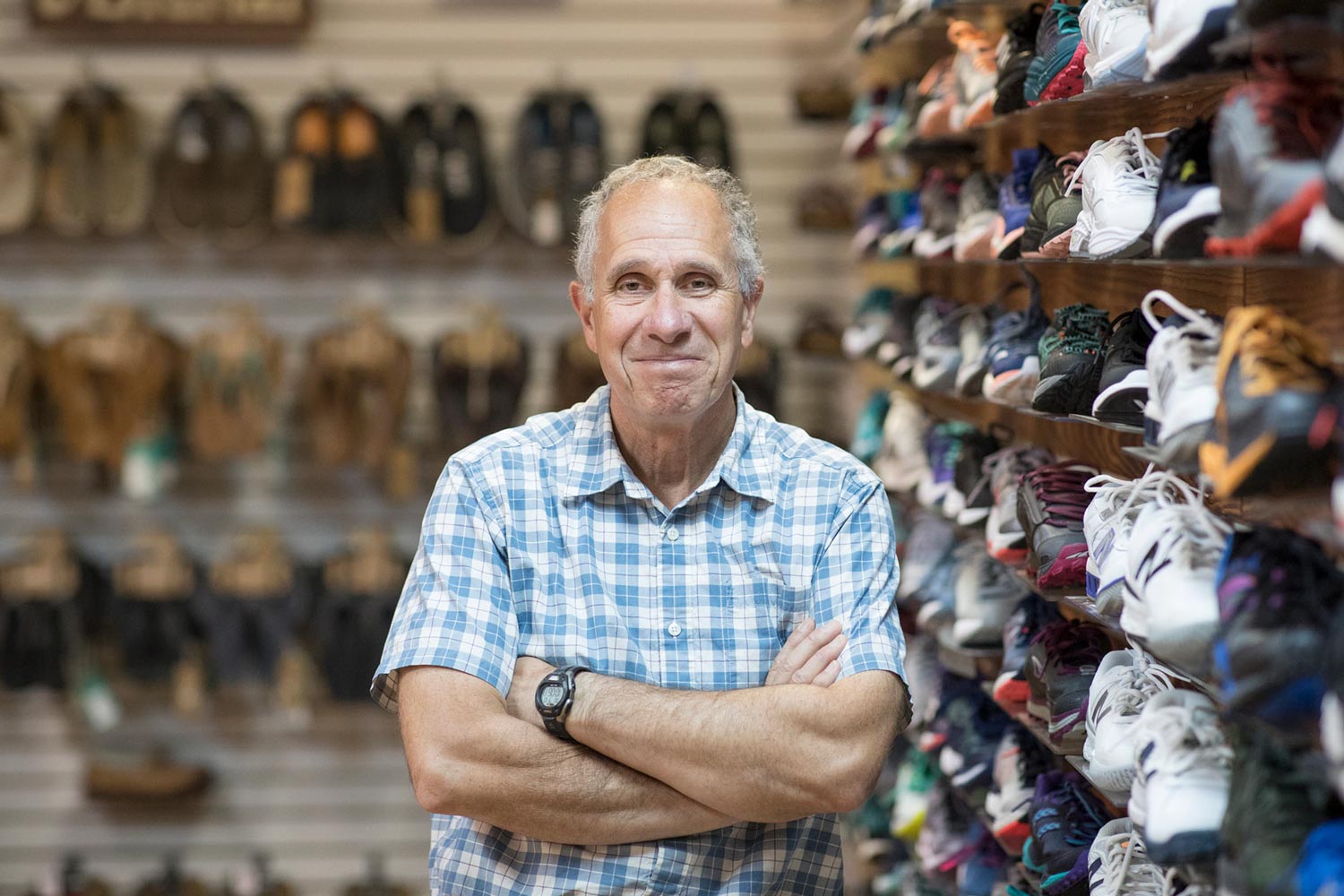 At 9 a.m. on Oct. 20, one day after Jim Ryan is officially inaugurated as the ninth president of the University of Virginia, thousands of runners and walkers will join the president in the streets of Charlottesville.

The Community Bridges 5K Run/Walk will wind through the University and surrounding neighborhoods and end with a “Celebration of Service” community fair that highlights local nonprofits and UVA student organizations.

All proceeds from the event will go directly to the Center for Nonprofit Excellence, which supports more than 280 nonprofit organizations in Charlottesville. A portion of the registration fee will go to the center itself, as well as to a local nonprofit of the participant’s selection, with the option for additional donations to individual organizations.

It might be a month away, but race director Mark Lorenzoni can barely contain his excitement.

“I am so excited. I think this will punctuate the inauguration of our new president and really drive home how deeply he believes in joining the UVA and Charlottesville communities,” said Lorenzoni, who is a member of the Inauguration Steering Committee and owner of local favorite Ragged Mountain Running Shop. “It’s going to be a celebration of our town, with UVA as integral part of that.”

Ryan and his wife, Katie, will participate in the event, as will former UVA track stars and Olympians Paul Ereng, who won a gold medal for Kenya in the 1988 Olympic Games, and Margaret Groos, a marathon runner who won the U.S. Olympic Trials that year and was the first woman to accept an athletic scholarship at UVA.

We caught up with Lorenzoni to learn a bit more about the race. (Participants can register here, individually or in teams.)

Q. You have directed more than 800 races, many of them local to Charlottesville. How is this one different?

A. First, this is going to be a really big event right out of the gate. I am used to races starting much smaller and then growing slowly over time, but I believe we are already looking at several thousand people, and I hope many more sign up. That’s very exciting.

Also, I’ve been struck by the sincerity of the mantra behind this event – building community and bridging the University and its neighbors. We have so many races in Charlottesville – the Charlottesville Ten Miler, the Women’s Four Miler – that involve participants from both communities, but this run/walk will really bring everyone together at UVA, with every dollar raised going to local charities. I think that’s great.

Finally, I have never had a race with this kind of community event at the end. I think the Celebration of Service will be a great end to the race, and it’s been fun to figure out ways to blend these two big events.

Q. How was this particular route selected?

A. We started out looking for a route that would bridge the University and the community. It needed to start and finish at UVA, to get everyone to the community service fair, and we wanted to make sure it was not too hilly.

Then, we focused on the idea of bridges, having the race go over several significant bridges in Charlottesville. We will cross Beta Bridge, wind through the Westhaven and Venable neighborhoods and then cross the Drewary Brown Bridge on West Main Street, named for a revered African-American leader in our community. I had the honor of knowing Drewary, and he was such a kind, wonderful man, and so passionate about advocating for people of color and people facing poverty. It makes me so happy to see his name on that bridge, because he was so good at bridging communities. I think it’s very appropriate that will be the last bridge we cross in October.

The race will finish at McIntire Amphitheater, for the community service fair, and we hope everyone will stay around and explore Grounds after that.

Q. Can members of the community – from UVA students, faculty and staff to those in neighborhoods along the route – participate even if they do not want to run or walk?

A. I would reiterate that we do want people to participate physically if they can. We are hoping that folks not wishing to run the event will walk it instead. However, having said that, we will need around 100 race-day volunteers to fan out along the course. We would also love for people to come out and cheer all of the runners and walkers on.

The biggest way people can help now is by spreading the word and starting teams. I have already heard from high schools starting teams. There is a team of kids from the Boys and Girls Club who have already started training, and teams from all sorts of departments at UVA. It’s catching on, and we hope it will spread even more.

Q. What steps are being taken to further maximize participation?

A. The registration fee is $20 until Sept. 30 and $25 after that, with an additional $5 discount for students as well as youth under the age of 18. All participants will receive a commemorative T-shirt if they register by Sept. 30.

If you are interested in participating, but cannot afford the registration fee, you can indicate that you would like it waived, no questions asked. There is a button you can click when you register. Anyone who waives the fee will still get a T-shirt and enjoy the post-race food and all of the fun.

We certainly want to raise money for our local nonprofits, but we also want to make sure everyone can participate. That is our message to the community – we want everyone there.

A Year We Will Never Forget: 2019-20 in Review END_OF_DOCUMENT_TOKEN_TO_BE_REPLACED

‘What Will You Carry With You?’ Remarks From UVA President Jim Ryan END_OF_DOCUMENT_TOKEN_TO_BE_REPLACED