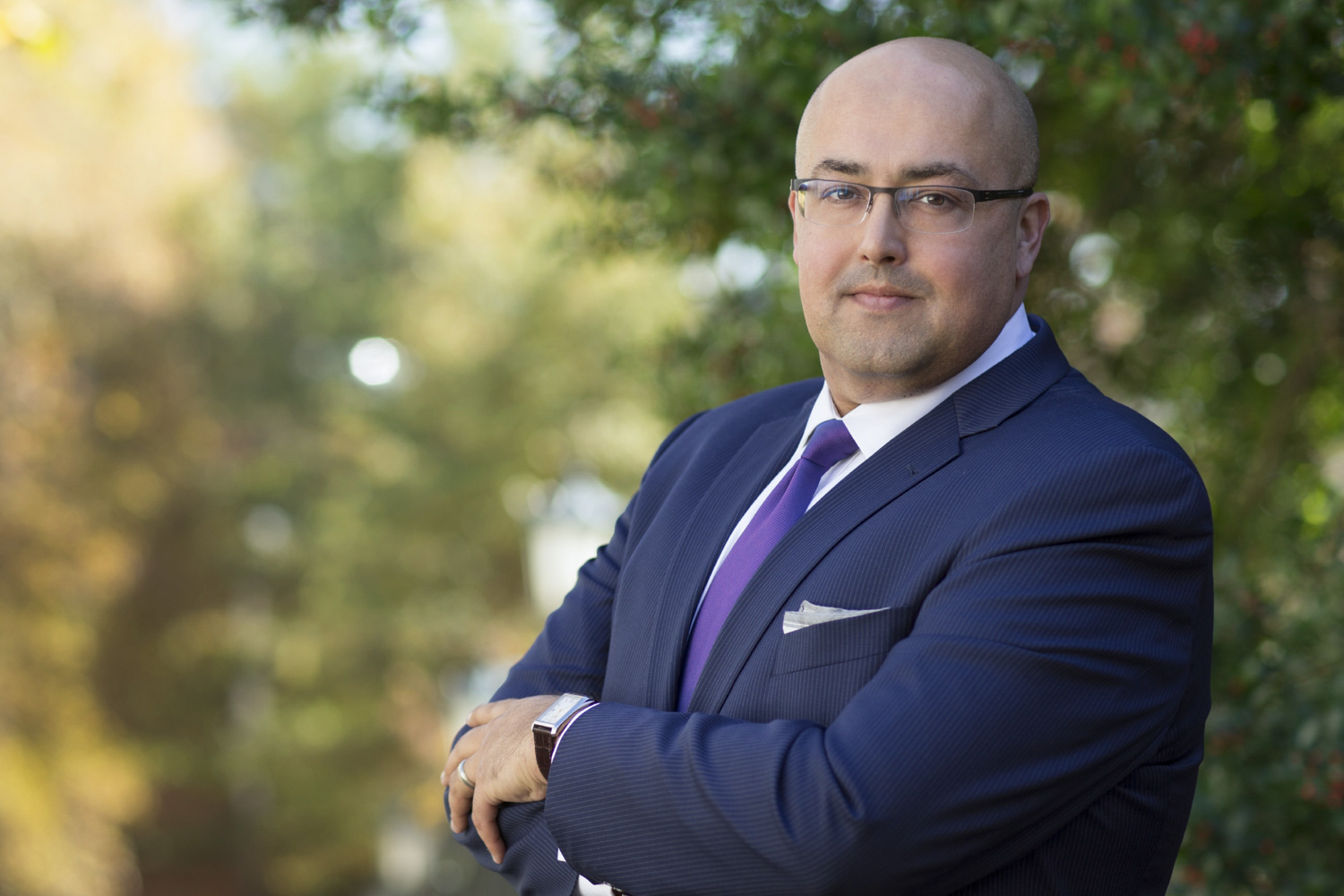 With all eyes on Facebook CEO Mark Zuckerberg’s congressional testimony, UVA Today sat down Wednesday – ironically, in a Facebook Live chat – with University of Virginia media studies professor Siva Vaidhyanathan to break everything down.

Vaidhyanathan’s new book, “Antisocial Media: How Facebook Disconnects Us and Undermines Democracy,” comes out in September. Watch the video and read a partial transcript below.

Q. For those who haven’t been following along from the beginning, how did we get to the point where Facebook CEO Mark Zuckerberg has been brought in to testify in front of Congress?

A. Frustration with Facebook has been building for a number of years, but it really started getting intense after the election of 2016 – not just the United States election, but there was a pretty controversial election in the Philippines in early 2016. President [Rodrigo] Roa Duterte rode to office on Facebook, basically. Prime Minister [Narendra] Modi was able to win election, handily, in India, again, by being “the Facebook candidate.” So it was pretty clear by 2015, early 2016, that Facebook was playing a strong role in politics around the world. Something serious was going on.

That ended up exploding exponentially after two more events in 2016 – the Brexit vote in England and Donald Trump’s ascension [to the presidency] in November of 2016. In both cases, Facebook played a central role in motivating voters, and, in many cases, de-motivating other voters. In the post-election analyses of both moments, it was pretty clear that Facebook was perhaps the most important site for political motivation and communication in the world.

The real meltdown came in early 2018. That’s when we start to see a pretty clear picture of the extent to which Russian-fueled and -funded propaganda worked its way through American Facebook pages.

And then just a few weeks ago, the New York Times and the Observer in England broke a two-year investigation of Cambridge Analytica. Cambridge Analytica had managed to get ahold of 87 million files of mostly American voters. This was beyond anything anybody had expected.

That sounds shocking, like, “Oh my gosh, what a big scandal, what a huge meltdown, what a huge hemorrhaging of our personal data.” But the sad fact was that was standard practice by Facebook for many years. From about 2010 to 2015, Facebook regularly encouraged developers – whether they were developing games or applications or quizzes – to take all of this data about Facebook users. This was how Facebook worked.

And so now Congress is facing all of these different, competing narratives – none of which make Facebook look good.

Q. What were your takeaways from Tuesday’s testimony?

A. I watched the whole thing. On Facebook Live actually – I thought it would be appropriate (grinning).

You know, Mark Zuckerberg is an extremely disciplined person. … I think what we saw were a series of stock and practiced answers to a series of fairly predictable questions.

He didn’t seem flustered or surprised by anybody’s questions – except for Sen. [Dick] Durbin’s question about which hotel he stayed in. … He looked kind of shocked, like, “I can’t believe someone asked me for personal information,” which was kind of Durbin’s point, right?

But I didn’t see any questions that demanded special insight and I didn’t hear any responses from Zuckerberg that struck me as new or insightful or even deeply apologetic. His apologies are fairly stock. He’s been apologizing, using the same language and tone, for more than a decade – because every couple of years Facebook gets in big trouble for violating trust with users and we tend to move on and forget.

So I didn’t expect much out of the hearings. I think what we got out of it was a sign of a very mature and disciplined 33-year-old man who knows his business and also has a pretty good indication that his job was to suspend the feeding frenzy. He might have. The very fact that he showed up and spent five hours in the committee room meant that he let the senators have their say.

Q. There has been a lot of debate about whether Facebook’s business model – which makes money by selling online ads based on what it learns about users on the platform – is flawed. What are your thoughts on that?

A. I wouldn’t call Facebook’s business model flawed. I would call it almost perfect – in the sense that it’s perfect for Facebook. Facebook’s business model is that it will hook us, it will addict us, it will make us dependent on it. Without Facebook, I don’t get to see my nieces and nephews. … I know every sports competition. … That sort of rich engagement is what keeps us going back.

The second step is that Facebook is tracking all of that interaction. It wants to discern patterns so that they can see what we like, who we care about, how passionately we care about certain things. And then, when it can mathematically distill those patterns, it can compare us to other people like us. That helps them put more things into our news feeds that are likely to generate interest, which hooks us even more.

It’s the most effective advertising system ever created by our species. As a result, it’s making tremendous amounts of money.

The business model is not flawed; it’s perfect.

Q. During Tuesday’s testimony, Zuckerberg was asked if he thought Facebook is a monopoly. What do you think?

A. That was interesting because he tried his best not to say that one or two companies are direct competitors.

Right now, there are about five companies competing – you’ve got Facebook, Google, Apple, Microsoft, Amazon. They’re all looking to win this race.

Facebook and Google do compete – and I think this should have been his answer – just to quiet everything. If I had briefed him, I would have said your immediate response should be Google. Google and Facebook are the two biggest market sources for online targeted ads – but they’re not the only ones. They’re just the giants.

Beyond that, you have Comcast, you have AT&T, Sprint, Verizon. Comcast owns NBC and NBC sells ads – so he could have said our biggest competition is Comcast. That would have been a way for him to explain it. Facebook’s not the only company that participates in this data-surveillance practice. Facebook is just one of the two companies who have cracked the code and do it so well.

So Facebook is part of a duopoly – with Google – that controls about 60 percent of the online ads market. And it’s growing.

Q. Facebook’s stock price rose during Zuckerberg’s testimony. What do you think that says – if anything – about the public’s confidence in the company?

A. I don’t think it says much. The stock price doesn’t reflect anything about what the public thinks because it’s not like we’re a country full of day traders watching the hearings on one screen and trading on the other screen and everybody starts buying Facebook.

In one sense, it was a small group of highly influential people on and around Wall Street, who decided that the overall impression was that Zuckerberg had stemmed the bleeding.

A. I have kind of a heterodox approach to this. I think companies should do what is good for the companies. I also don’t think that asking a company to self-regulate is proper. I actually think it’s counterproductive. For one thing, it can be inconsistent and unenforceable.

Let’s say that Mark Zuckerberg decides that Facebook in the United States will obey the same sorts of restrictions that Facebook in Europe is soon to obey. In May, the European Union will start enforcing its new data protection regulations – and those regulations are going to be great for people in Europe. Companies won’t be able to take data and use it in a way that they have not explicitly gained our permission for.

Right now, we sign a license to Facebook – and to Google – saying that you can take all of our data, track everything we do and use it for whatever you want to. That kind of grand license will not be allowed in Europe.

And we should not allow that in the same way that we do not allow it with psychological experiments and medical experiments. The same standard should be there because they’re being manipulative to people who are not being granted full respect as people. And that sort of thing can only happen through law.

So I would like to see the United States do that.

Q. Do you have any indication that Congress will move forward with a regulatory effort, and did anything in their questioning show that they have a firm enough grasp of the company and its practices to create efficient and effective regulations?

Sen. [Amy] Klobuchar asked questions related to the bill she would like to pass – the Honest Ads Act. Of all the things we might do to react to the plagues unleashed by Facebook, I think the Honest Ads Act is the most likely to pass. I would say it’s very likely to pass the Senate. I have no idea how it would work in the House. And who knows what the president – who owes his job to Facebook – would do with this anyway, whether he would even care.

But this is a long game – and regulation is but one part of what we need to do to address Facebook.

Netflix to Add Ads. Why This Could Be a ‘Game-Changer’ for Your Viewing Experience END_OF_DOCUMENT_TOKEN_TO_BE_REPLACED

What’s Next for UVA’s Class of 2022? END_OF_DOCUMENT_TOKEN_TO_BE_REPLACED