Q&A: Meet the Alumna Serving as Acting CIO of the United States 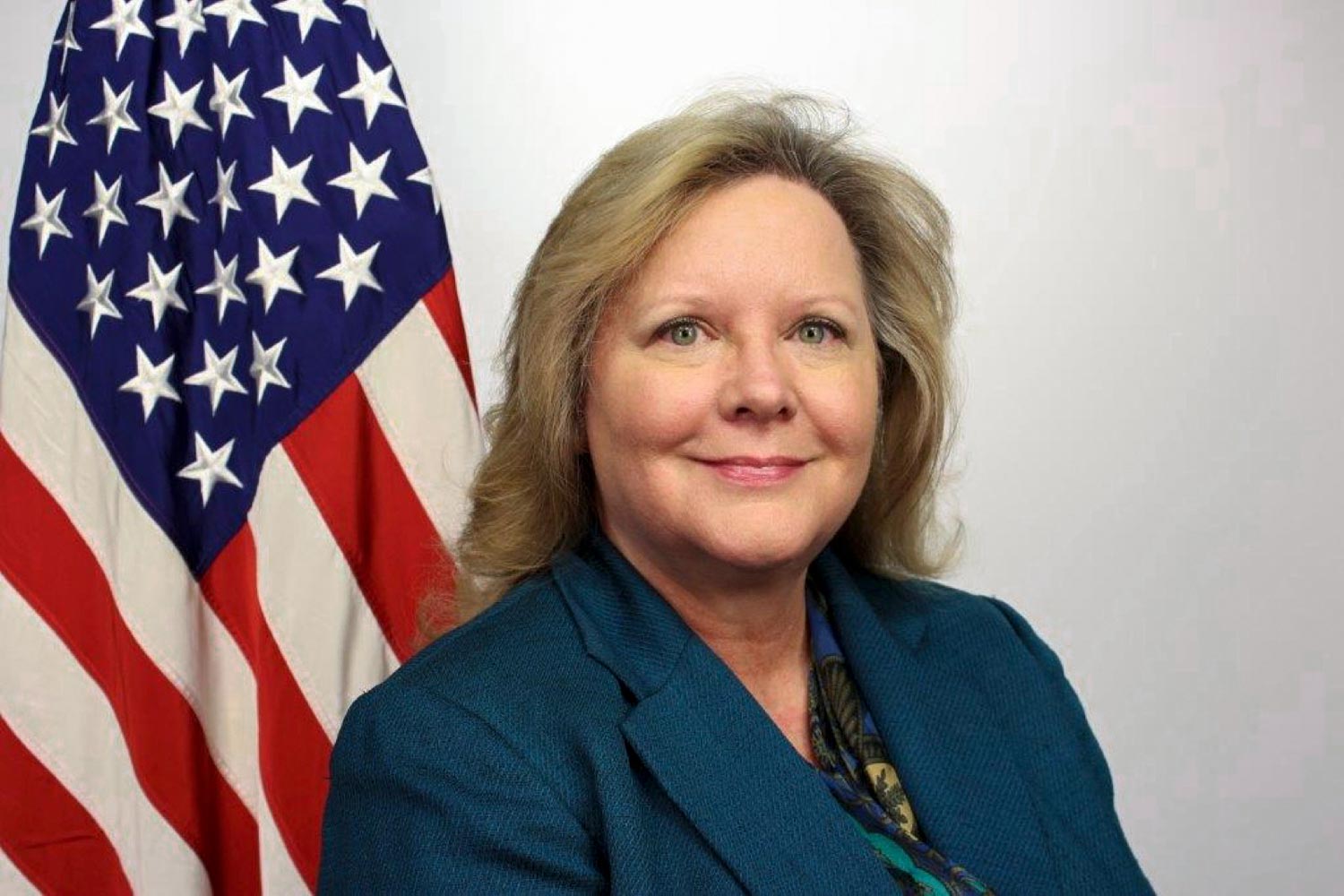 As acting chief information officer of the United States, University of Virginia alumna Margaret Graves oversees the vast web of technology that supports and protects the work of the federal government every day.

It’s a big task and one to which Graves is deeply committed. She joined the federal government shortly after Sept. 11, 2001, when several colleagues she worked with during her management consulting career lost their lives.

Like many other Americans at that time, Graves wanted to do something to help. For her, that meant leaving management consulting to help launch the Department of Homeland Security, which was established to bring together several existing agencies after 9/11.

Graves earned two degrees from UVA: a bachelor’s degree in chemistry in 1979 and an MBA from the Darden School of Business in 1982. She returned to Grounds last month to speak to students in the McIntire School of Commerce Master’s in the Management of Information Technology program.

Below, Graves explains the responsibilities of her current role, the priorities and threats that her office must prepare for and how her time at UVA has helped her rise to the occasion.

Q. Why did you decide to leave the private sector and join the federal government?

A. I started working with the federal government because of the 9/11 attacks, after several people I knew lost their lives at the World Trade Center that day. I had worked in mergers and acquisitions previously, and a friend called and explained that the government would be merging several agencies to create the Department of Homeland Security, which did not exist before 9/11. I think many Americans had a very visceral response to those attacks, and helping start this new department gave me a way to channel that energy.

Q. How did your education at UVA help you make that leap into federal government and build the new department?

A. UVA gave me both a solid undergraduate education and specialized business skills. The first five years of the Department of Homeland Security were exciting, because we were merging different groups to create something new.

Information technology was so important in that process, just as it is in any corporate merger. Technology had always been a part of my career because of my undergraduate background in science. I knew how important it was to understand and use the current technologies to achieve outcomes, and I was used to thinking like a scientist and an engineer. Adding the Darden MBA helped me pair proficiency in technology with a strong understanding of strategy, business and leadership, which has been a really effective combination.

Q. As the acting federal CIO of the U.S., what does your job look like day-to-day?

A. The president signed the National Defense Authorization Act on Dec. 12. Among its other provisions, the act stipulates the establishment of working capital funds for IT modernization programs.

IT modernization has been one of the centerpieces of the government and this administration, and one of my top priorities. We are constantly working to improve how citizens receive services, how we gather and sort through data and of course, how we secure all of our information. Each day, my job involves collaboration with many different agencies to make big initiatives like IT modernization actually happen – a role that UVA and Darden really prepared me for.

Q. What are some examples of IT modernization projects you are working on now?

A. One example is modernizing how people access federal services. The government must deliver federal goods and services, much like banks provide online banking options, and we want to create the most effective platforms for those services.

We are also prioritizing data transparency. The federal government collects a lot of data – the census is just one example. We are making that data open and accessible to the public, so that agencies, researchers and private citizens can use it to inform their work.

There is tremendous power in such open data. It can help spur innovation, increase economic growth and identify problems that need to be addressed.

Q. How is your team working to ensure increase cybersecurity?

A. We worked with a cross-agency team to produce a publicly available IT modernization report that outlines a high-level roadmap for data security. The cybersecurity landscape is constantly changing, and we work with our intelligence community to understand what the genesis of cyber threats might be and what protections we need to invest in and prioritize, while also addressing certain ubiquitous attacks, like phishing scams. These threats will always evolve, so our mandate is to constantly improve and change as well, in order to put the right protections in place for the most persistent and eminent threats.

Q. How would you say the role of federal IT departments has grown and evolved during your time in government?

A. I have seen positive change since the Federal Information Technology Acquisition Reform Act passed in 2014, calling for improvements in information technology delivery in the government and strengthening the role of each agency’s CIO.

CIOs in both the public and private sector no longer deal with only technology infrastructure, but play a role in strategic decision-making and help identify how technology can fulfill an agency’s mission. CIOs are strategic partners and should have business acumen, like that I picked up firsthand at Darden. Just like in boardrooms across the country, the government must use technology to create a strategic advantage and accomplish all sorts of goals, whether that’s providing timely aid to veterans, identifying communities that need more public housing, preventing the next cyberattack, or much more.

Q. Do you have anything else to add?

A. One of the most important parts of my job is inspiring people to serve in the federal government, to bring their talents and skills to serve their nation. There is no other place in this country where you can have the kind of impact on national issues that you can here in the federal government. We are always working to attract and retain talent, leverage their skills and partner with talented people in the private sector to keep ideas flowing constantly.

What Is the ‘4th Side’? END_OF_DOCUMENT_TOKEN_TO_BE_REPLACED