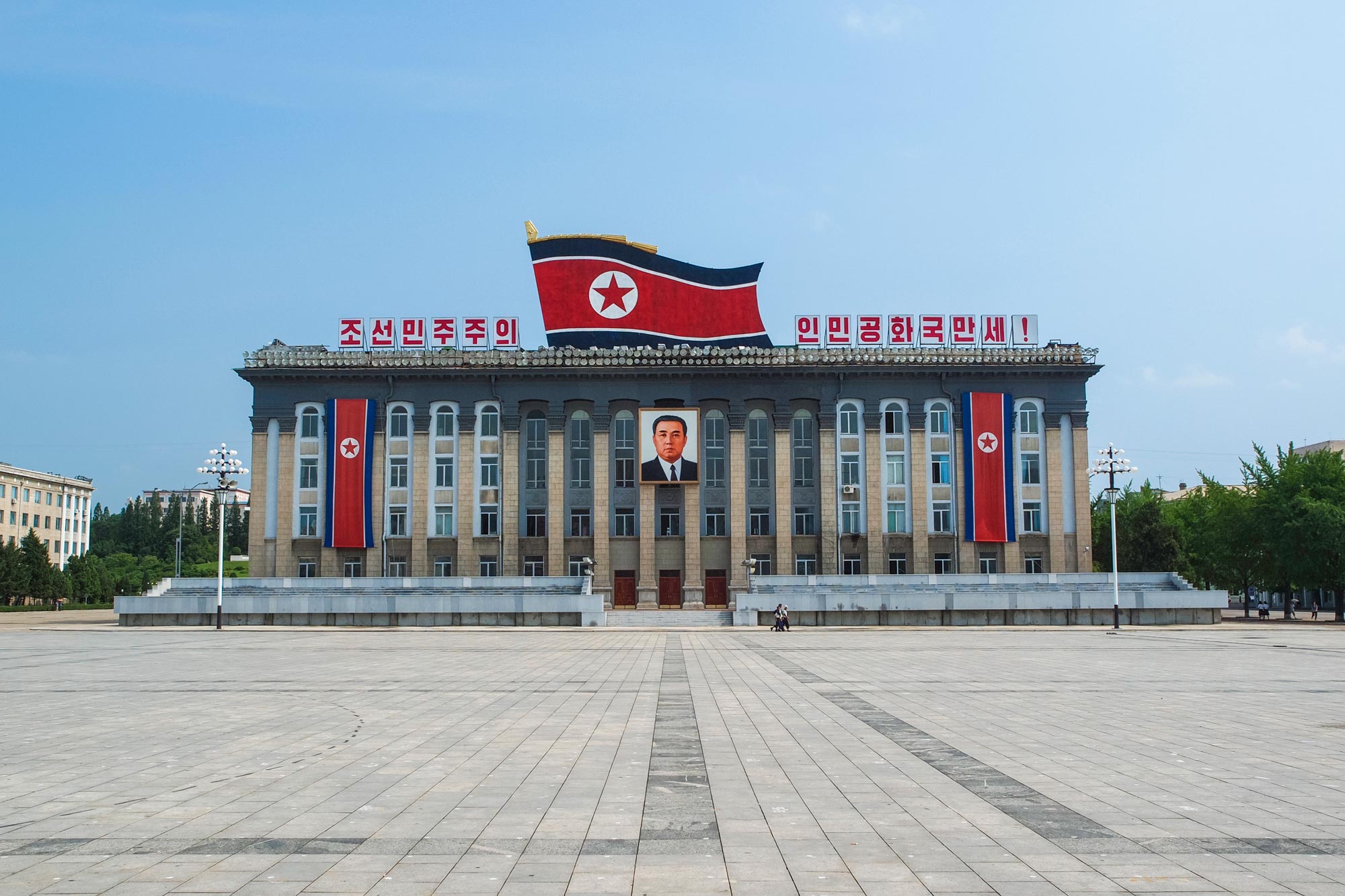 North Korean dictator Kim Jong Un disappeared from the public eye for more than half of April, which sparked a tempest of speculation on his fate. Media reports centered on his health, suggesting he had undergone a botched operation; at least one media outlet even speculated that he had died.

Known for advancing its nuclear weapons program in defiance of international diplomatic efforts, Kim’s regime was also found liable in 2018 by a U.S. federal court for the torture and death of UVA student Otto Warmbier.

On May 2, Kim reappeared in state-sponsored media photos, attending a ceremony marking the completion of a fertilizer plant north of Pyongyang, easing some concerns about the nation’s stability.

To help clarify this situation, UVA Today conducted an email interview with Joseph Seeley, an assistant professor in the University of Virginia’s Corcoran Department of History who specializes in the history of Korea, the Japanese Empire and East Asian environmental history.

Seeley is currently writing a book on the Yalu River boundary between North Korea and China during the period 1894 to 1945.

Q. What explains the recent media interest and speculation about the whereabouts of North Korean leader Kim Jong Un?

A. Kim Jong Un’s recent 21-day absence from public events prompted intense media speculation of a major illness or even his death, only to have these rumors dissipate when Kim reappeared in a public ceremony marking the opening of a new fertilizer factory.

This was hardly the first time a North Korean leader’s temporary retreat from the public spotlight prompted suspicions of serious illness, incapacitation or impending regime change. Rumors also swirled when Kim disappeared from the public view for a time in 2014, only to seemingly “come back from the dead” 41 days later. 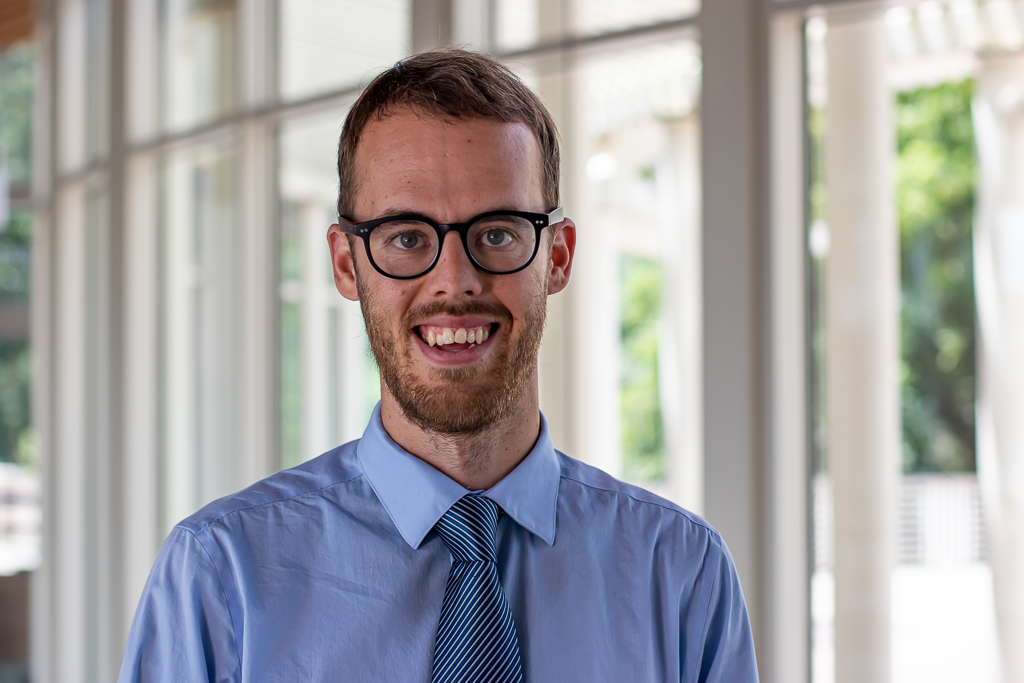 And it’s not just Kim’s whereabouts or the politics of North Korean leadership that attract the West’s attention. A seminar I recently taught UVA undergrads on North Korea always began with a “North Korea in the news” discussion where students shared what they had read recently about North Korea. They all quickly learned that Western fascination with this country made even the most seemingly mundane news exciting when North Korea was added to the mix. I distinctly remember one bemused class conversation about a news article on “Surfing in North Korea.”

What is it, then, about this alleged “hermit kingdom” and its politics that promotes such fascination? For those of us in the U.S., the Democratic People’s Republic of Korea, the official name of what we call “North Korea,” has been repeatedly exoticized as an inscrutable Cold War holdout that, in our collective imaginations, provides the perfect antithesis to our capitalistic and democratic society. Even as Communist China has thoroughly embraced global capitalism, and American tourists – at least pre-pandemic – are sending Instagram pics from the streets of Havana, the DPRK remains committed to a planned economy and tight-lidded authoritarian society that seems, at least to us, like something straight out of a 1950s newsreel of the Soviet Union.

This, combined with the DPRK’s development of nuclear weapons, its penchant for bombastic official proclamations, as well as the portly appearance of its latest dynastic leader, makes the country an all-too-perfect subject for not only intelligence community consternation, but also late-night comedy and news hour distractions from other ongoing and more close-to-home catastrophes like the COVID-19 pandemic.

Q. Explain Kim Jong Un, how he got to where he is, his family line, what he is like and why he is that way.

A. The current Supreme Leader of the DPRK, Kim Jong Un, is the son of previous North Korean Supreme Leader Kim Jong Il and grandson of Kim Il Sung, North Korea’s first Supreme Leader from the country’s founding in 1948 until 1994. North Korea is unique among Communist states in its practice of a system of dynastic succession for its top leadership. This was not always an inevitability; in 1970, one North Korean political dictionary described hereditary succession as “a reactionary custom practiced in exploitative societies.” But by that same decade Kim Il Sung had also clearly decided that the best way to secure his legacy was to groom his son, Kim Jong Il, to assume power, and power has remained in the Kim family ever since.

Q. Were Kim Jong Un to suddenly die or become incapacitated, what do we in the West know about who would take his place?

A. The question of succession is an interesting and important one. Considering the dynastic method of succession that has prevailed thus far in North Korea, it seems likely that power would eventually pass to one of Kim’s children. But if Kim Jong Un were to die prematurely, as many speculated last week, then Kim’s current children would be far too young to assume the mantle of leadership.

Kim’s sister, Kim Yo Jong, has increased in prominence in the public eye and proven herself to be a capable politician and diplomat, but it remains to be seen if the overwhelmingly patriarchal government would allow for a female Supreme Leader.

Whatever happens, I think concerns about a chaotic transition of power and its effects on the North Korean nuclear arsenal are probably overstated. The North Korean state has proven remarkably durable and resilient over the last few decades even while its people have suffered under famine and various severe economic hardships. If I had a nickel for every time a Western pundit has predicted regime collapse, I could provide full-tuition scholarships for every incoming UVA student for years.

Q. Would a change in leadership alter North Korea’s relationship with South Korea? The U.S.? If so, how?

A. The inter-Korea relationship is an important one that often does not receive the attention it should in U.S. reporting on North Korean issues.

Since the intense internecine violence of the Korean War (1950-1953), there have been various ebbs and flows in the inter-Korean relationship. Based on past experience, however, it seems that leadership changes in the DPRK are not really catalysts for major changes in this relationship.

The opposite can be said, however, of politics south of the 38th parallel that divides the peninsula. South Korean relations with the North often shift with the election of a new South Korean president. The current South Korean president, Moon Jae In, for example, is a firm advocate of inter-Korean reconciliation and engagement, but his predecessor, Park Geun Hye, famously said that previous attempts to engage with the North had only succeeded in buying a “fake peace.”

As for the relationship with the U.S., I think President Donald Trump’s meeting with Kim did provide a sort of symbolic breakthrough, but as long as the U.S. remains committed to denuclearizing the Korean peninsula and the DPRK continues to find it politically advantageous to pursue nuclear weapons, which give it an all-too compelling bargaining chip on the international stage, I find it unlikely for real change in the relationship to occur.

Q. China seems to be North Korea’s primary patron. What influence would it have on a new North Korean dictator? Does China have a hand in the succession process and, if so, for what are the Chinese looking?

A. The DPRK is a resource-poor country that relies heavily on outside aid to prop up its deteriorating post-industrial economy, and since the Soviet collapse its primary source of that support has been the People’s Republic of China. The PRC-DPRK relationship is often described as “close as lips and teeth” – a blood relationship forged on the battlefields of the Korean War, when the PRC supported North Korea against the United Nations. In reality, the history of this relationship has had its fair share of ups and downs, and the PRC is also no less frustrated with North Korea’s nuclear adventurism than the U.S. But there is a realpolitik that guides continued PRC support of the regime – one of the most important factors being their long-shared border, a border that also figures at the center of my ongoing historical research.

So when it comes to the question of possible leadership succession, the PRC government’s priority is stability. The PRC definitely does not want a refugee crisis to break out along their shared border if North Korea’s government were to suddenly collapse. But rather than Beijing trying to assert any active role in deciding a new leader, which would be difficult – if not impossible – to do, given Pyongyang’s penchant for independent action, I think they will instead watch patiently from the sidelines and continue to support their ally.

A Year We Will Never Forget: 2019-20 in Review END_OF_DOCUMENT_TOKEN_TO_BE_REPLACED

‘What Will You Carry With You?’ Remarks From UVA President Jim Ryan END_OF_DOCUMENT_TOKEN_TO_BE_REPLACED