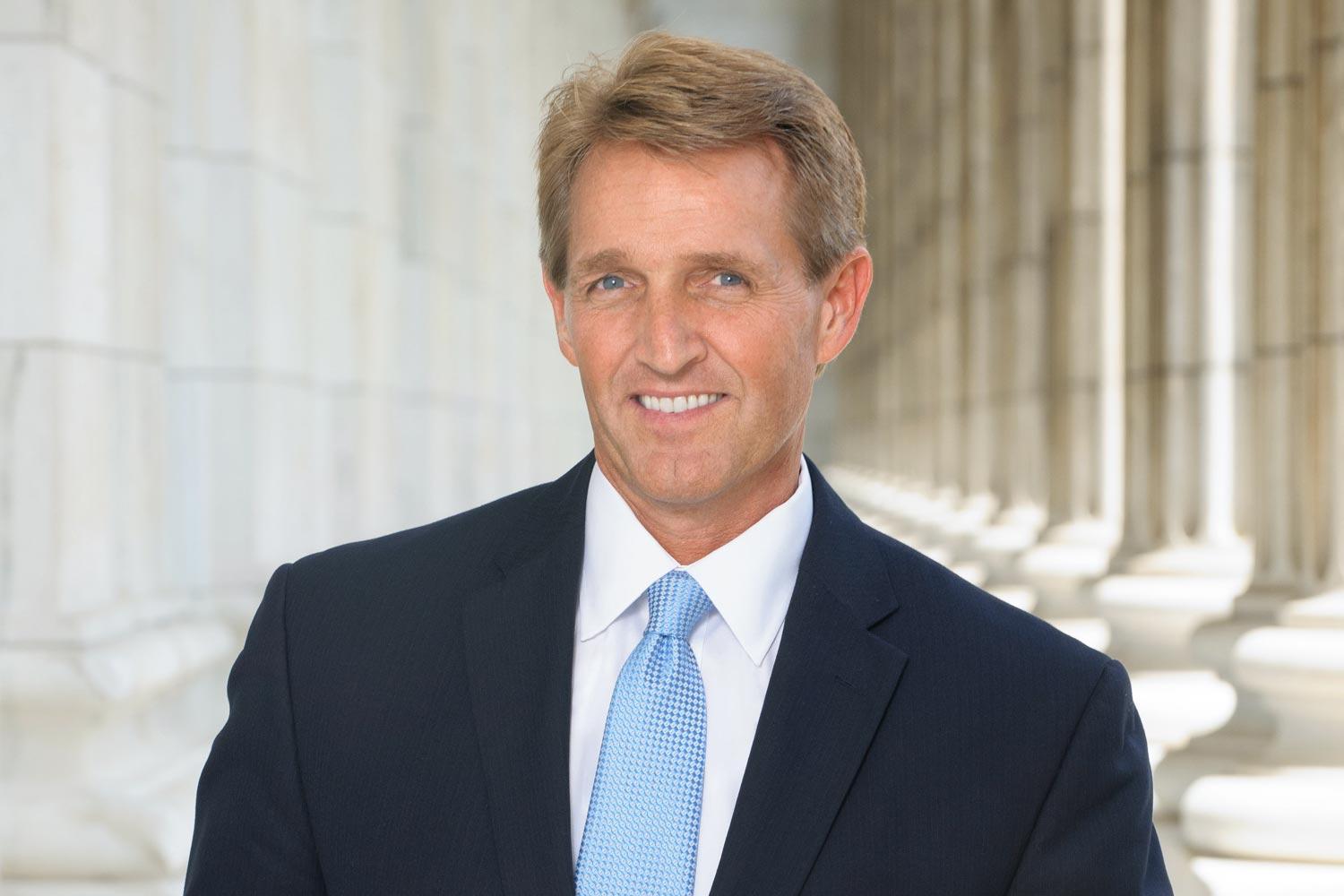 On Friday, former U.S. Sen. Jeff Flake of Arizona will take the podium in the Rotunda Dome Room at the University of Virginia for a free, public lecture, “Searching for the Better Angels of Our Nature.”

The title, he said, is a reference to Abraham Lincoln’s appeal for civility.

“I’ve always loved Lincoln’s supplication in his first inaugural address for Americans to heed the ‘better angels of our nature,’” Flake said before the event. “If it was needed then, it is surely needed today, particularly with social media.”

The 7 p.m. lecture is free and open to the public; more information is available online.

Flake, who left the Senate in January after nearly two decades of service in Congress, hopes students and other attendees leave with a renewed appreciation for public service and civic engagement, especially in times of partisan gridlock.

“Public service is a noble profession and there are good people in Washington trying to do the right thing,” he said. “Our responsibility as citizens is to engage in a positive way, to build up rather than tear down.”

He is on Grounds as a guest of the Department of Religious Studies’ Mormon studies program and its director, professor Kathleen Flake, to deliver the fifth annual Joseph Smith Lecture. Kathleen Flake took advantage of a distant family connection to invite the senator to reflect on his service in U.S. Congress and the current political climate.

We caught up with her this week to learn more about the event, and how she studies religion and politics in the classroom. 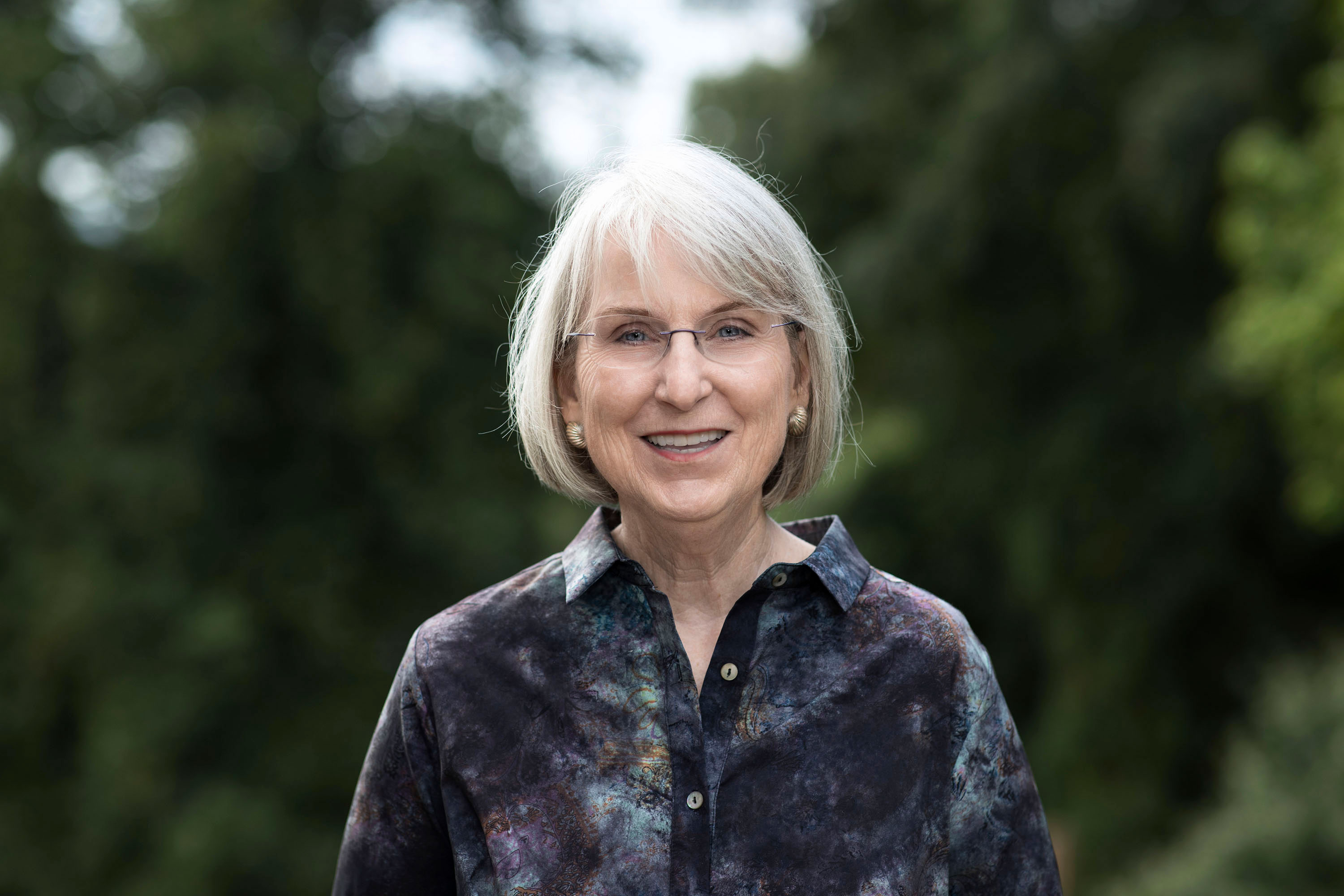 Q. How are you and Sen. Flake related?

A. We are fairly distant cousins; we only connected within the last five years. We share a great-grandfather, William J. Flake, who founded the small frontier town in northern Arizona where Jeff grew up and learned the life of a rancher, which he credits with shaping his traditional Republican values.

Q. Why did you decide to invite him to speak?

A. The Joseph Smith Lecture is focused on religion and its relation to the public. Among his senatorial peers, Sen. Flake has been the most frank in expressing publicly not only frustration with the general state of U.S. lawmaking, but with his own party’s current values, moral and political. Now that he is no longer in the Senate, perhaps he can more freely consider the roots of his critique and even how religion has or has not influenced political actors on both sides of the aisle.

Several commentators have wondered – and so do I, as a student of Mormonism – what his own faith [Sen. Flake is Mormon] contributed to his dissent, especially given that The Church of Jesus Christ of Latter-day Saints was alone among the churches in calling for candidate Trump’s withdrawal from the 2016 presidential race.

That said, the senator is clearly a thoughtful person, and I invited him to be the fifth annual Joseph Smith Lecturer because I believe we will benefit from hearing about his experience in the Senate, however he chooses to frame it.

Q. How did you choose the topic?

A. Jeff came up with the title, and it is a phrase he has often used publicly. I believe he sees it as a call for a return to the basic principles of civic virtue and a reminder that we, as citizens, have contributed to the crisis in our democratic institutions and the rancor in our public discourse.

Q. In your work in Mormon studies, how do you address the relationship between religion and politics in the classroom?

A. Given its history, the Church of Jesus Christ of Latter-day Saints has always been a case study for how the United States has negotiated the scope of First Amendment protections of religion and the effect this has had on the nation’s religions. So, the church figures prominently in religious studies classes on U.S. law, as well as religious adaptation.

More generally and as part of UVA’s Democracy Initiative, the religious studies department is teaching and researching in the variety of ways religions interact globally with liberal and not-so-liberal forms of governance. This semester, for example, we offered a course on religious freedom as a culturally specific phenomenon, looking at how different countries understand and legislate religious freedom.

Q. What do you hope students learn from Sen. Flake?

A. In addition to whatever we learn about the current state of American politics, I hope we gain a greater appreciation for how hard it is to govern this diverse and complicated nation and more empathy for those who try to do so. In any case, it will be a rare privilege to converse, in as intimate a setting as the Rotunda, with such an interesting and thoughtful public figure as Sen. Flake.