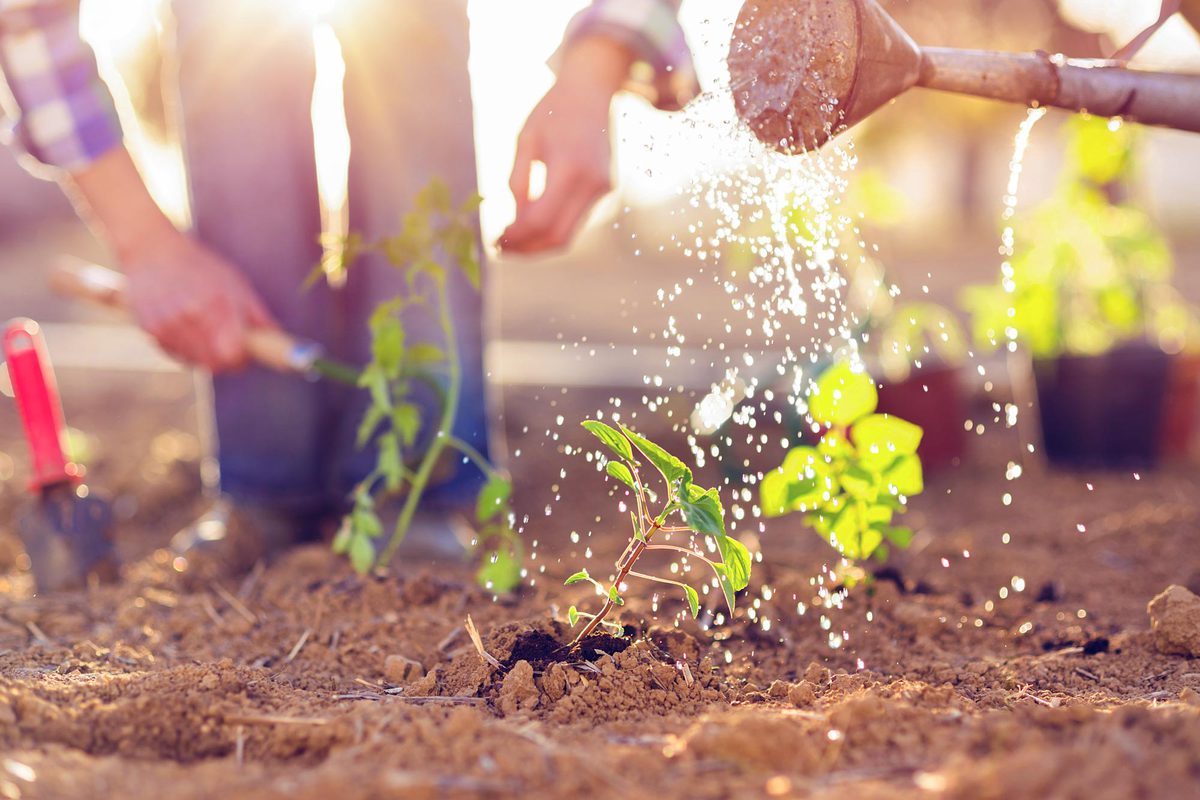 Residents of the Downtown Eastside neighborhood of Vancouver, British Columbia, Canada, have many opportunities to connect with one another: they work together, go to the bank, share meals, attend concerts, garden together, see health care professionals and have access to a number of other services and communal activities.

Many of these residents are also drug users, most prominently users of heroin and other heavy drugs.

Because of the work of many activists, Vancouver’s Downtown Eastside has become a model for many around the world for improving the lives of drug users by emphasizing a community-building approach over punitive measures.

Jarrett Zigon, the William and Linda Porterfield Professor of Bioethics and professor of anthropology at the University of Virginia, has been researching for nearly 15 years what has been called the “war on drugs” and how people with drug addictions are treated, doing fieldwork around the world. He describes the movement of active drug users – mostly heroin and crack cocaine users – and their allies who are creating a global anti-drug-war movement. It aims to shift the emphasis from punishment to community, and in doing so, save lives.

Zigon recently participated in a multi-disciplinary symposium on Grounds about the opioid crisis, sponsored by UVA’s Institute for Advanced Studies in Culture and the UVA Brain Institute. Organized by Joshua Burraway, a post-doctoral fellow at the institute, the symposium explored the social, cultural and political aspects of the opioid crisis and assumptions that might be hidden and unacknowledged behind biomedical and punitive responses.

Zigon, who came to the University two years ago, tackles some of those assumptions in his research and scholarly analysis. 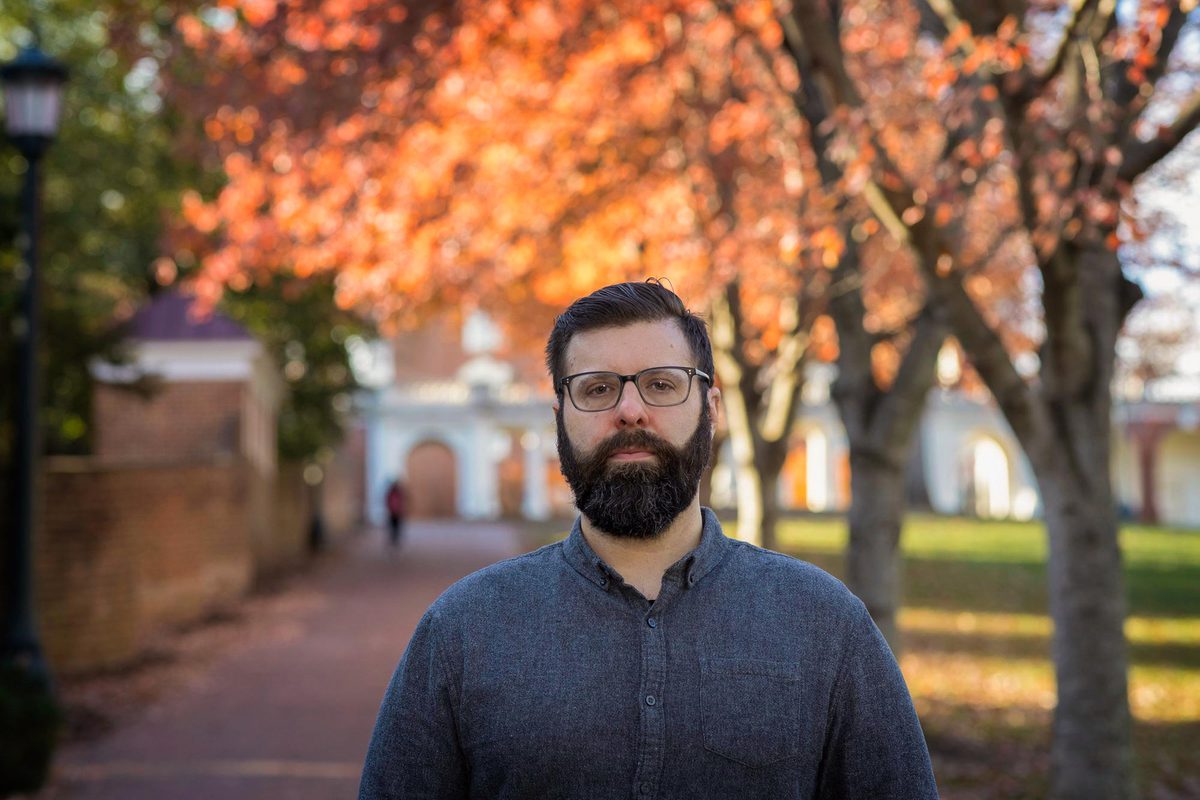 Zigon researches the anti-drug-war movement of active drug users and their allies. It aims to shift the emphasis from punishment to community, and in doing so, save lives. (Photo by Dan Addison, University Communications)

Q. Please describe what you have focused on in your research and anthropological fieldwork.

A. I’ve been doing research on addiction and the drug war for nearly 15 years – fieldwork in various places, including Russia, the U.S., Canada, Denmark and Indonesia. Since 2011, I have specifically focused on the global anti-drug-war movement. With fieldwork, I use it as an opportunity to interpret the experiences and conditions of people, and show the underlying assumptions that support some of those conditions, giving a deeper analysis. I also try to show the ways in which people in their everyday lives attempt to change these conditions and live differently, in a more connected and caring manner.

Of my five books, “A War on People: Drug User Politics and a New Ethics of Community,” published a year ago, is the most public-friendly. It’s about how the anti-drug war movement, and most especially so in Vancouver, New York City and Copenhagen, fights against the punitive and oppressive policies of the drug war in the attempt to build communities that are more connected and caring. I strongly believe that their approach offers the best response to the current opioid crisis in this country. Another one is specifically on the heroin and HIV epidemics in Russia in the 1990s and 2000s, “HIV Is God’s Blessing.” There are a lot of parallels between that Russian experience and what is happening in the U.S. right now.

Q. What did you talk about at the symposium on the opioid crisis?

A. What’s called the “opioid crisis” is better understood as an extension of the fact that communities in the U.S. and other countries have broken down in the post-Cold War years, and especially in the wake of the 2008 economic crisis. Addiction is just one of the consequences of this.

But in some sense this is not new. For example, many neighborhoods and communities in urban parts of this country have experienced the same kind of problems for decades. These neighborhoods have predominantly been those of African Americans and Latinx peoples, and not surprisingly, this was not talked about as a “crisis,” but as crime and criminality. The response was policing and putting people in prison, and this is largely what has been responsible for the mass incarceration problem in this country. The U.S. incarceration rate is the highest in the world and in history, overwhelmingly incarcerating African American and Latino men.

But now that mostly white, rural, poor people are involved, the drug problem is being called a crisis.

If we’re really concerned about this “opioid crisis,” we have to look at where people live; we have to address economic conditions and find ways to create more connectedness. And stop thinking of addiction as a failure of personal responsibility and a crime issue.

Q. What is the Vancouver program and how successful has it been?

A. The opioid crisis has been hitting certain communities since the 2008 recession, and the hardest-hit communities are similar to the neighborhood in Vancouver I’ve written about, where a drug epidemic of heroin use surged in the 1990s. At the time, there were hundreds of overdoses. After several initiatives were implemented, including having a safe consumption room, the overdose rate dropped significantly.

The success of the Vancouver model, funded by a combination of private and public sources, is marked by connecting drug users with others, with shared projects, and with a future filled with possibilities, rather than simply in terms of the cessation of drug use. The Vancouver community-building initiative sought to be attuned to people who used drugs rather than prevailing ideas from others, so-called “normal” people.

Businesses were started that employ active drug users, and are attuned to drug users, giving them flexible schedules. People can get connected to other services, they have access to art and gardens, and put on an opera during Christmas. They started a bank that even homeless and transitory people can use with no minimum balance.

But with fentanyl getting into the illegal market more recently, that’s a new issue that activists in Vancouver and everywhere are now trying to respond to. A major reason this is an issue is that it’s stronger than heroin and other opioids, and mixed in without users knowing.

“Having spoken to hundreds of drug users over the last 15 years as an ethnographic researcher, one thing made clear to me no matter where I go is that the best way to address problematic drug use is not through law and order, but through care and community.”

Q. What is different about the harm-reduction approach?

A. The Vancouver program is based on a harm reduction approach. That means there is no judgment. This is the first principle of harm reduction, and in being non-judgmental, harm-reduction programs attempt to meet drug users where they’re at, as the saying goes. It provides conditions for people who use drugs to do so safely for themselves and for those around them.

For example, syringe exchange significantly reduces the likelihood of spreading infectious disease. Syringe exchange is the most basic component of harm reduction; it’s when used and dirty syringes can be traded for clean ones, but that’s only part of it. Safe consumption rooms, in combination with syringe exchange, are used throughout Europe and in Canada, and evidence clearly shows a significant drop of overdoses because of them.

The most radical harm reduction program would be heroin prescription, which would eliminate the dangers of unregulated heroin use, and especially its contamination with fentanyl.

In contrast, rehabilitation almost never works for any kind of addiction, and I would argue that’s because it primarily focuses on individuals rather than the conditions that led to the addiction. With harm-reduction programs, you significantly reduce the dangers of drug use, giving time to the user to find a way to be ready to stop using. As I’ve said, the Downtown Eastside of Vancouver provides the most famous model for how to provide these conditions.

Q. What leads to addiction?

A. Some call addiction a disease of loneliness, where you don’t feel connected to your world and your community, so what the Vancouver program did was make people feel connected, comfortable and wanted. Some people do stop using drugs, but the bigger point is, when we focus on whether someone uses or doesn’t, we’re not asking the right question.

People in existential, physical and/or emotional pain turn to what’s closest at hand – this is part of a bigger, complex issue that’s not going to be solved by focusing on individuals or even pharmaceutical companies. Having spoken to hundreds of drug users over the last 15 years as an ethnographic researcher, one thing made clear to me no matter where I go is that the best way to address problematic drug use is not through law and order but through care and community.

We have an image of the addict as someone who’s wildly irresponsible, filthy, nodding off, stealing; this may be the case for the most problematic users, but it’s not the whole picture. Most people have a radically misunderstood view of what it’s like to be addicted to heroin.

I’m not recommending it, but simply making the point that it’s mainly a pain reliever that doesn’t affect all your abilities. I’ve known many people who’ve been using heroin every day for 20 to 30 years and are quite capable of doing anything that you and I do in the course of our day. For example, the anti-drug-war political movement I’ve come to know is being led primarily by users of heroin and crack cocaine. Every day they do their work, they lead meetings and articulate well their concerns and demands with politicians and others.

Q. Recently, states have sued pharmaceutical companies and some cases have been settled out of court. What effect might that tactic have?

As someone who has been observing the situation for so long, I can see that companies might give a bunch of money to states, but this will not end the opioid crisis. In my view, the only way this would help is if that money were reinvested in communities – not in the form of rehabilitation and policing, but in building the kinds of programs we see in Vancouver that are meant to reconnect drug users in a meaningful world.

If the U.S. wants to respond to addiction, to save lives, to reduce the spread of HIV and other infectious diseases, to decrease the number of overdoses and deaths, the most important steps it could take would be community-building.