Q&A: ‘Technostress,’ One Pandemic Stressor Nurses Might Be Overlooking 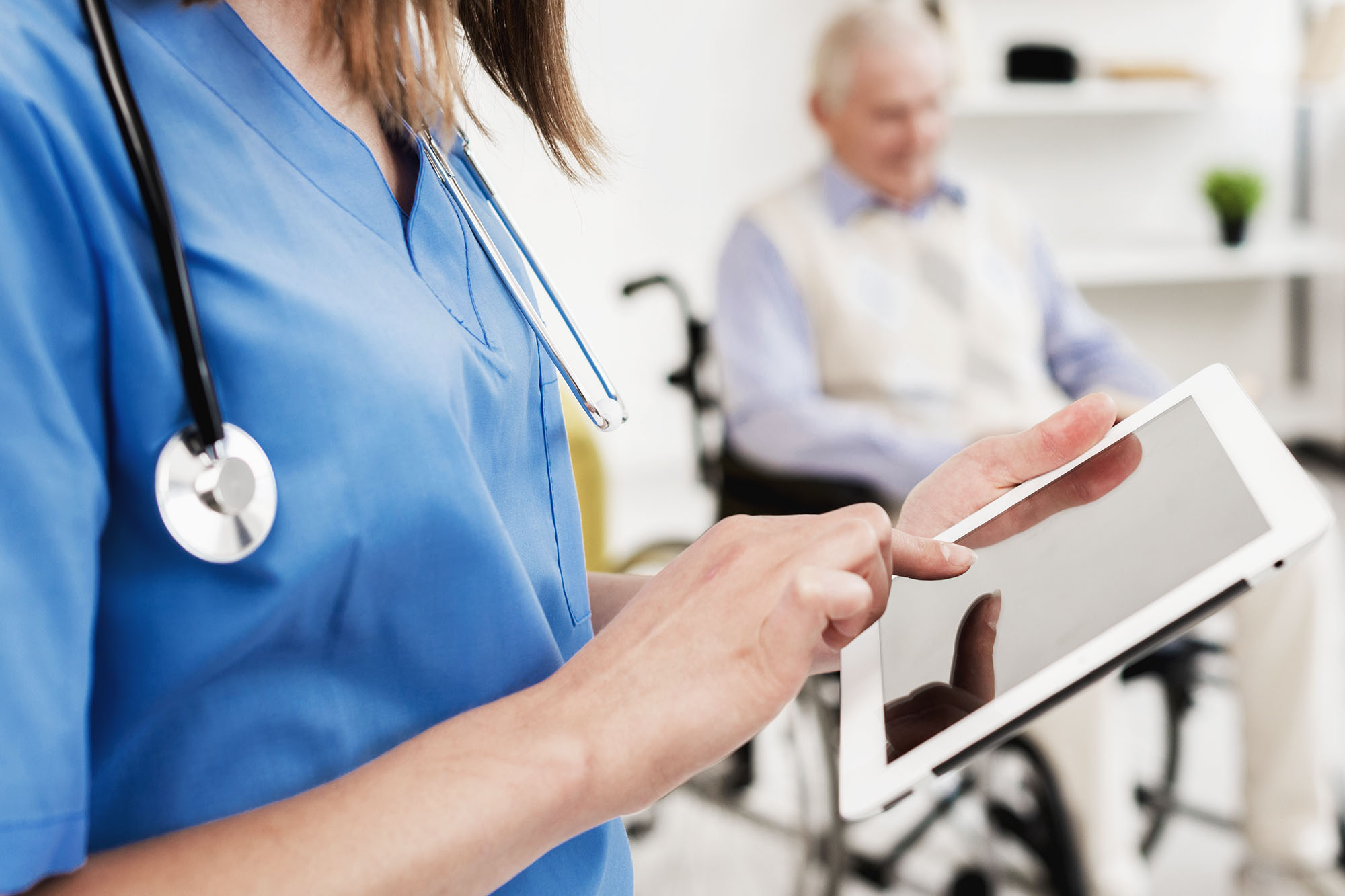 Suprateek and Saonee Sarker found that health care IT can contribute to nurses’ stress, especially during the pandemic.

Nurses have a lot on their minds right now, whether caring for patients with COVID-19, tracking down personal protective equipment, or worrying about their families’ safety or their children’s education.

Technology could be adding to that stress, according to a study from two University of Virginia professors.

Husband-and-wife team Suprateek and Saonee Sarker, both professors in UVA’s McIntire School of Commerce, and Christopher Califf of Western Washington University studied how “technostress” is contributing to nurses’ stress during the coronavirus pandemic, including both positive stress, which can push you to accomplish a task, and negative stress, which can hinder you from accomplishing a task. Their research has been published in the Management Information Systems Quarterly journal, and on the London School of Economics Business Review blog.

The study began because a hospital in Washington reached out to the researchers, concerned about high turnover among their nursing staff, and how stress associated with new or changing technology might be contributing to the problem. To find answers, Califf and the Sarkers spoke with nurses at hospitals across the country, and, prior to the pandemic, spent time shadowing them day-to-day as they used health care technology, such as the EPIC software commonly used to track patients’ medical records.

Suprateek Sarker said the research process itself was very rewarding, and the importance of the work has grown as nurses have been thrust onto the front lines of the pandemic.

“Nurses have always been such saviors, and they certainly are now, as the world fights this virus. If there is anything we can do to make their work easier, that would be a contribution,” he said. “We were excited to be part of finding some solutions for a real problem in a very critical profession.”

Q. In your research, you identify two types of technostress – positive, or “challenge” stressors, and “hindrance,” or negative stressors. Can you explain those categories and how they came up in your conversations with nurses?

Saonee: Those studying technostress have often just talked about the negative aspect of stress, which makes nurses’ jobs harder, but we have also come across a few examples where stress could be considered positive, or “challenge stress,” because the technology enables and pushes you to do more. 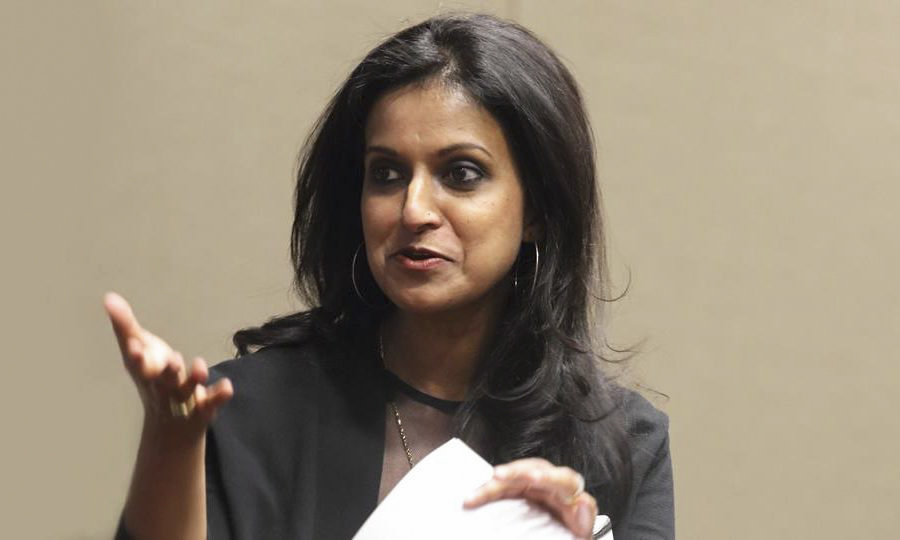 Saonee Sarker is a Rolls-Royce Commonwealth Commerce Professor and a senior associate dean at the McIntire School. (McIntire School of Commerce photo)

When we began interviewing nurses across multiple hospitals, and spending time with them during their days, we discovered some things they felt positively about and some things that led to distress. For example, the convenience of the technology was a “challenge” stressor; because nurses had the technology right at their fingertips, they could easily share information and send information to different departments.

On the other hand, that same immediacy – having a computer right by a patient’s bed – contributed to distress. These nurses came into their profession to take care of patients, and they worried that spending time on the computer while with their patient could hurt those relationships.

Q. How might the pandemic be exacerbating negative technostress?

Suprateek: Some negative stressors associated with health care technology include the lack of reliability, complexity or difficulty for the user, an overload of information and excessive time that must be spent entering information. When things are under pressure – as they are now in the pandemic – you can expect all of those technostressors to have increased effects. Negative stress is much more accentuated right now, because nurses are overloaded. In some cases, they are also being trained on new technologies, such as the complex technology around intubation. Nurses that are being brought in from other units to help with COVID care will have to adapt to that new technology very quickly. 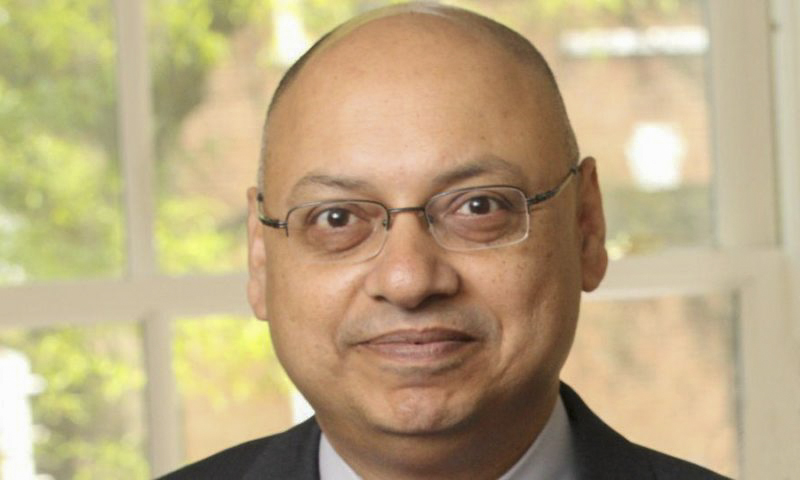 Saonee: In general, we also found that the pace of change was a determining aspect in negative perceptions of technology, even before the pandemic. Nurses struggled more when technology was introduced rapidly, without much time for training or explanation. That pace, of course, is on a completely different scale during a pandemic. The number of things nurses have to keep up with, and the volume of cases they see, can change so quickly. Technology might not be able to keep pace with that, and that could be a very big challenge.

Q. What are some solutions you suggest in your study?

Saonee: We found that involving nurses in the design and development of new technology can decrease stress, and can help make sure that the technology matches up with the needs of their daily routine.

Interestingly, we also found that technical support was not always seen as a positive solution. Nurses were often unfamiliar with the language or terms support staff used to provide assistance, and felt that staff talked down to them. It’s an important reminder that technical support is not one-size-fits-all, and that, for health care IT, it should be meticulously tailored to the needs of that environment.

Suprateek: That surprised us. We expected that technical support would be a “challenge” or positive stressor, but it turned out to have a more negative influence. It’s a simple but important finding that should make hospitals look more closely at how they train and provide technical support, to avoid hurting rather than helping.

More broadly, I think this research encourages us to think about the humanistic outcomes of health care technology, such as the well-being of the nurses and other stakeholders, rather than only in terms of instrumental outcomes, such as profitability or efficiency. We need to view the humanistic outcomes and instrumental outcomes as being equally important in how we design and implement health care IT.