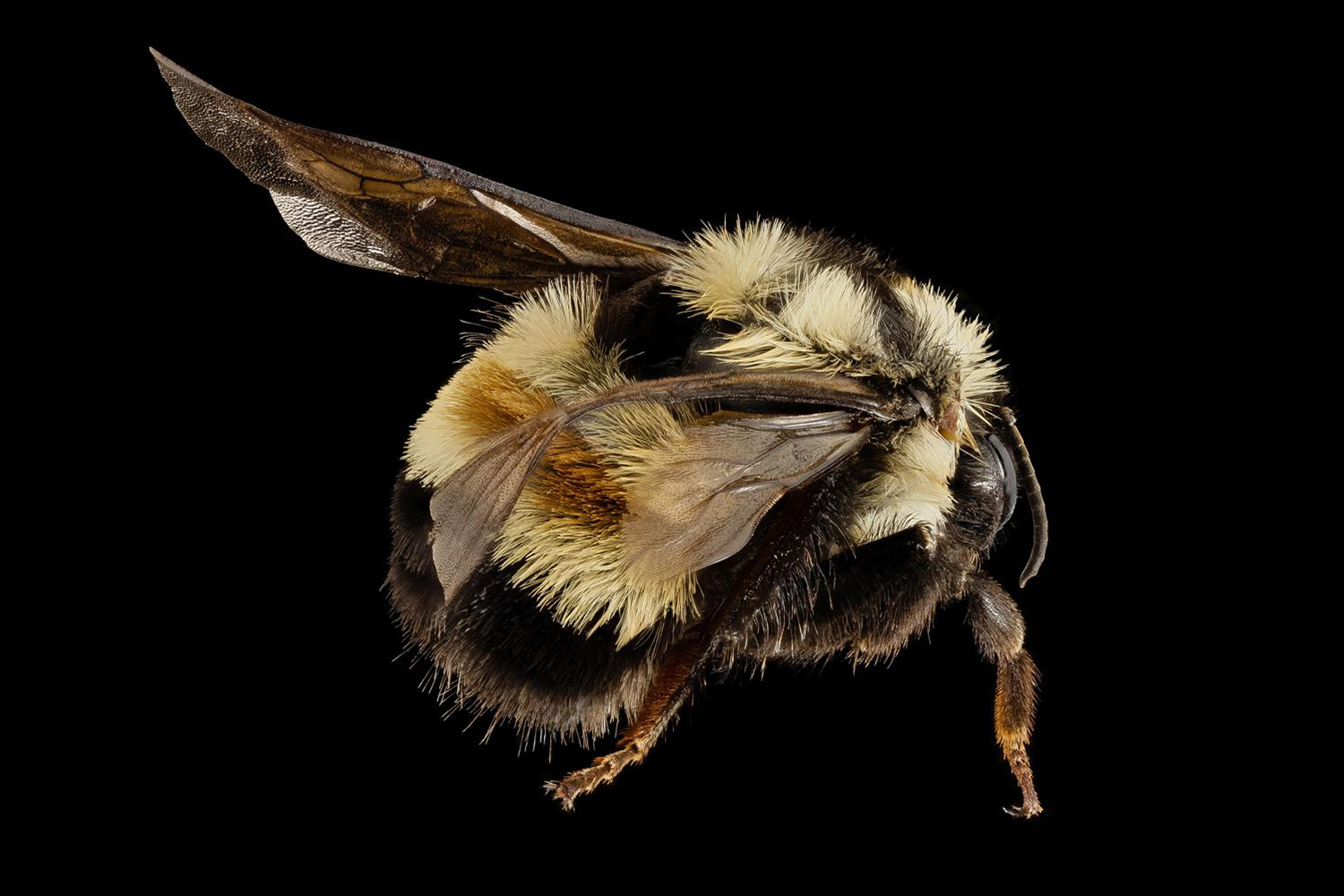 Populations of the rusty patched bumblebee, a once-common bee species, have dramatically declined during the past three decades. Many scientists who study bees believe the species may be headed toward extinction.

On Tuesday, the U.S. Department of the Interior officially listed the rusty patched bumblebee under the Endangered Species Act – the first bee species in the continental United States to be so listed. The listing will help protect the species from activities that may harm the bee and its habitat.

T’ai Roulston, a University of Virginia biology professor in environmental sciences and bee researcher at the University’s Blandy Experimental Farm in Clarke County, has seen only one rusty patched bumblebee in his 22 years of bee research at numerous sites in the eastern United States. That was nearly three years ago, and he hasn’t seen one since.

He answered some questions for UVA Today regarding this news, partly excerpted from a recent article he wrote.

Q. What has caused the decline of this species?

A. The exact cause for the loss of the rusty patched is unclear, but it is almost certainly related to disease, a fungal gut parasite called Nosema bombi, which can shorten the lives of workers and disrupt mating success and survival of queens and males. Circumstantial evidence suggests that that fungus may have come to wild bee populations from commercial colonies used for tomato pollination in the 1990s.

Many other factors stress insect populations as well, including loss of habitat, exposure to agrochemicals, loss of preferred plants, agricultural intensity and climate-related factors, especially on the edge of a species range. However, there is no evidence that the rusty patched is more sensitive to these factors than are other species of bumblebee, but these factors could make the effects of disease worse.

In this case, and many other cases of declining bee species, disease is likely to be the cruel arbiter dealing species their fortunes.

Q. What effect does the dramatic decline of the rusty patched bumblebee have on ecosystems generally?

A. As a once-common bee that contributed to the pollination of natural ecosystems and agricultural plants, the species performed an important ecological role that it no longer performs in our region. Does that leave a gap? Is there a trail of unpollinated plants to mark its loss, or do other species simply step up to eat the food that it ate, pollinate the plants that it pollinated? It is a question easier to pose than to answer.

But even if we knew there was no effect, we should remain ill-at-ease. We need to ask how can we lose such a common, beneficial species so quickly? What will keep it from happening again and again, until the species pool is too drained to cover the gaps?

Q. Will this listing of the species as endangered help to bring it back?

A. While the listing of the rusty patched bumblebee grants protection, it is unclear what form that protection will take. For species whose habitats remained while they declined – from hunting as an example, like the gray wolf – the action to take was relatively straightforward: stop hunting them. If a species was down to a few critical populations, then protect those critical populations.

In the case of a wild insect suffering from disease, it’s more complicated. Currently we don’t know how to vaccinate them. If we could get some into a lab, then possibly we could rear them, breed disease resistance into them, and release them. But the prospects aren’t great.

Nature, however, already is running that experiment. As the populations dwindle and disappear, we have to hope that somewhere a population arises with disease resistance. Then maybe, as long as there are good habitats remaining, the species can come back.

Q. What can individuals do to help?

A. We can preserve and create good habitats for declining species to come back to. We can reduce the use of pesticides and fertilizers and we can plant flowers. And let’s hope that endangered species status will protect the last known populations of the rusty patched bumble bee in the Midwest and that hardier bees will come forth and flourish.

If that doesn’t happen, let’s hope it happens for other declining species. And let’s hope we learn to stop creating opportunities for disease to spread from commercial operations to wild habitats.

Q. How did you feel on that summer day in 2014 when you and your colleagues found a single rusty patched bumblebee, the first sighted in years in the eastern United States?

A. Elated. I felt that the species might be holding on in little pockets of wildness, doing fine. Maybe we had found a population that had developed disease resistance and would start to spread again. When we returned the next year with a large group of people to see if we could find more, however, we found none. And so the elation shifted to hope that is fading more each year.