Q&A: What is Happening in the Streets of Hong Kong? 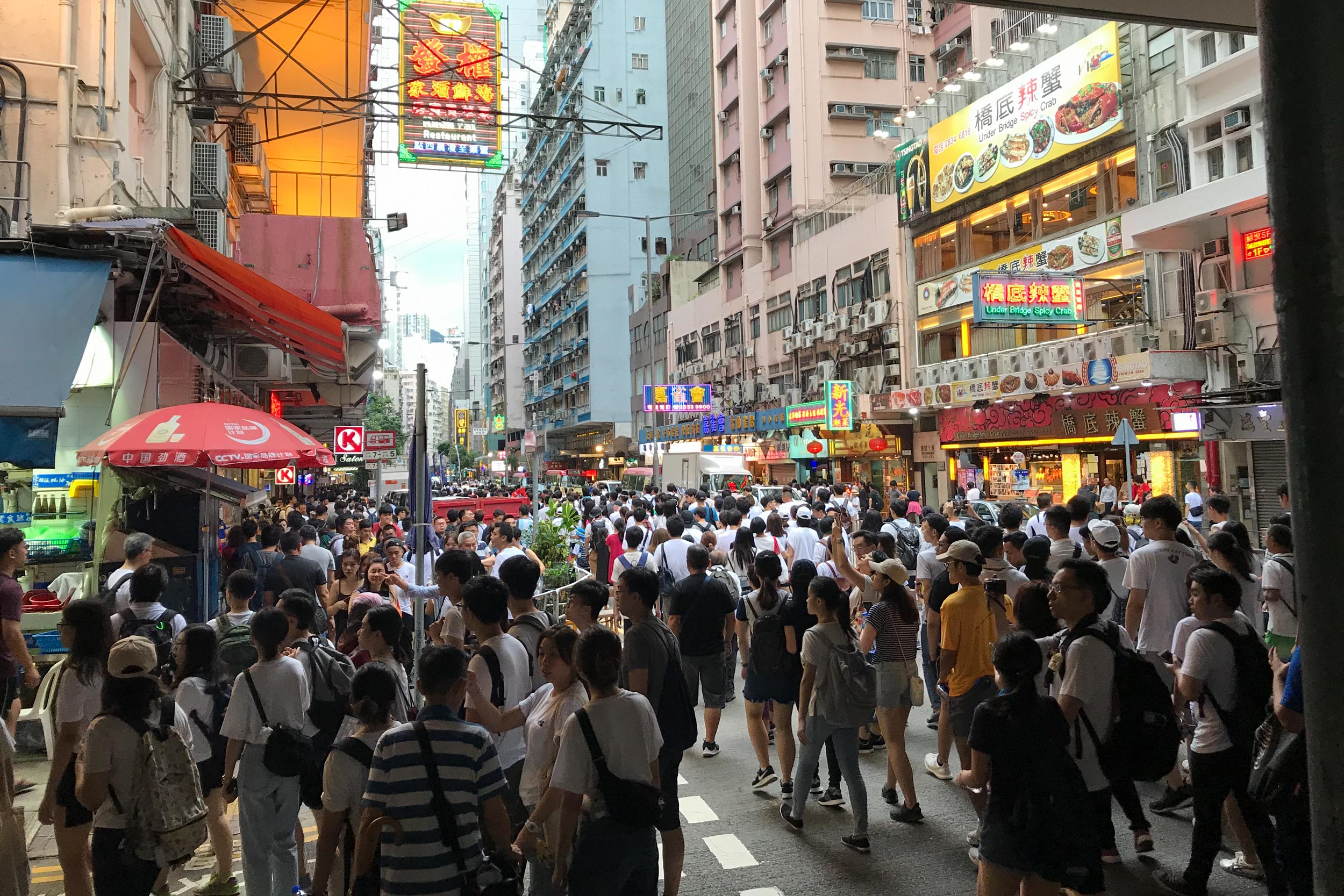 Protests have erupted in Hong Kong over a controversial extradition law. (Photo by Kevin Krejci via Creative Commons)

Protestors, some tens or hundreds of thousands strong, have roiled Hong Kong for more than a week and prompted violent clashes between citizens and police.

At the heart of the tension is a bill that would allow extradition to mainland China. Supporters believe the change would promote justice and the rule of law; critics worry that it would endanger political activists, who could potentially be sent to mainland China and face judgement from the Communist Party.

The debate, according to University of Virginia professor Harry Harding, touches on larger questions of Hong Kong’s autonomy and the possibility of democracy coming to the Chinese territory. Hong Kong, formerly a colony of the British empire, was returned to China in 1997 as a special administrative region, with the understanding that it would enjoy a “high degree of autonomy” for 50 years. That agreement expires in 2047 and the future of the territory after that is uncertain. 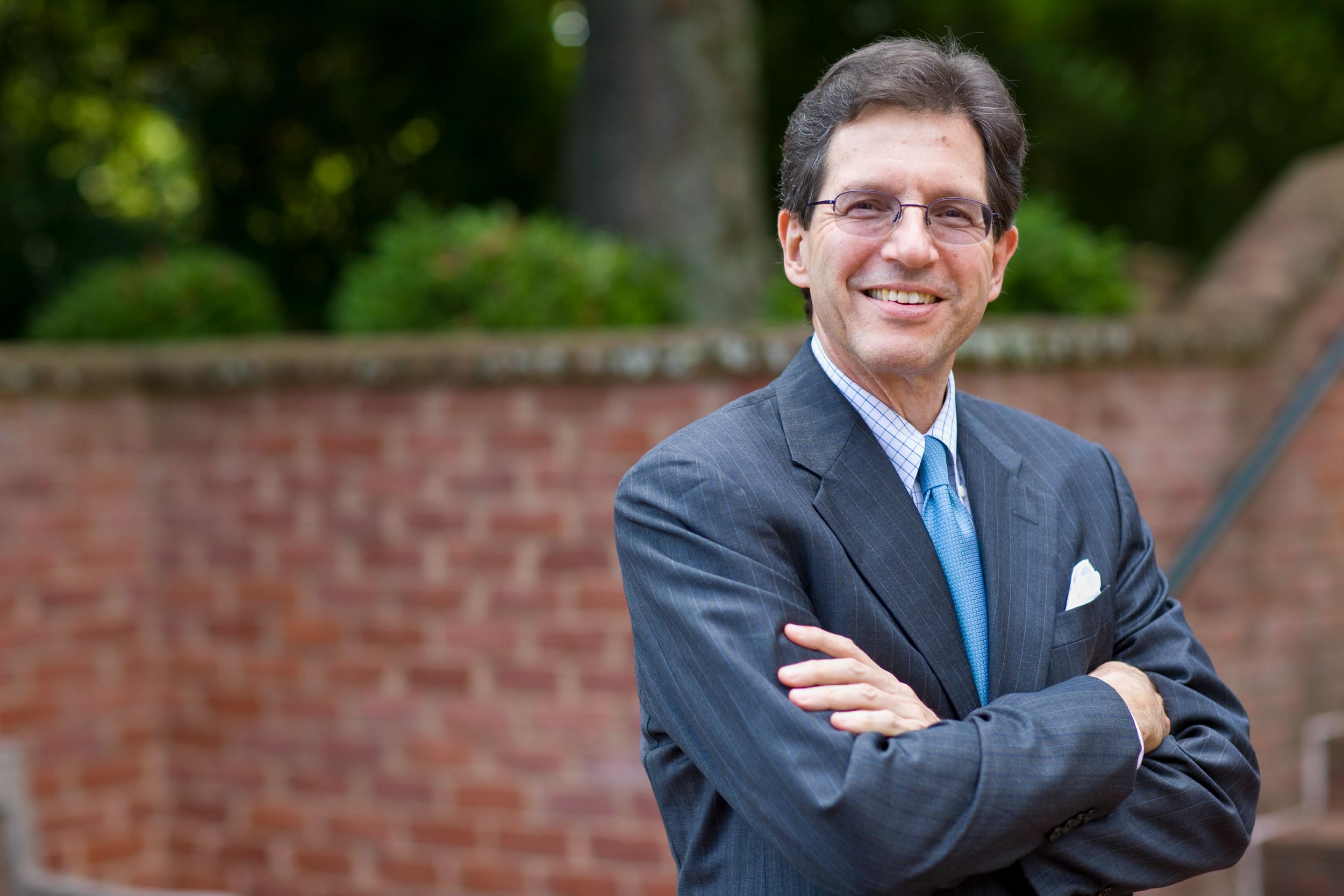 Harry Harding specializes in Asia and U.S.-Asia relations. In addition to his appointment in the Batten School, he is a senior fellow at UVA’s Miller Center. (Photo by Dan Addison, University Communications)

Harding, a University Professor and professor of public policy in UVA’s Frank Batten School of Leadership and Public Policy, is in Hong Kong now. He and his wife, UVA politics professor Syaru Shirley Lin, have both held visiting appointments in Hong Kong and spend a lot of time there.

We spoke with him on Friday to learn more about what is happening in Hong Kong and what it means for China and the U.S.

Q. What sparked the protests in Hong Kong?

A. The protests were sparked by a proposal from the Hong Kong government to adopt what we are calling an extradition law, permitting the extradition of people charged with a crime by the Chinese government back to mainland China.

Hong Kong has a variety of extradition agreements with other countries, but does not have one with China right now. Many in Hong Kong suspect the current proposal is at the behest of mainland government in Beijing, and it has evoked enormous opposition, some of the largest demonstrations in Hong Kong history.

As of today, we have seen some very important political leaders in Hong Kong, some of whom currently hold positions in the government, telling the chief executive [Carrie Lam] to, at minimum, postpone consideration of the legislation, because of the polarization it is creating.

Q. Why is the extradition law so controversial?

A. People are afraid that China would declare that Hong Kong residents have committed a crime in China and extradite them to face trial. Many here do not have a great degree of confidence in the legal system on the mainland, and worry that they could be accused with little evidence or extradited for crimes that would not be considered crimes in Hong Kong.

Q. You are there now. What have you witnessed and how would you describe the city currently?

A. There has been blanket coverage of the protests on television and though I have not personally witnessed the protests, my wife has. The [Sunday] march began in Victoria Park, one of our big downtown parks, and moved toward the government headquarters. As I understand it, the police announced that the time period for the march had expired before many protestors had even left Victoria Park. They tried to restrict the protests to one lane of traffic, which resulted in more people cramming into fewer routes. That is when things began to get more physical and police began to use tear gas, pepper spray, rubber bullets and other tactics.

Q. How would you describe the government response?

This is not the first big protest Hong Kong has seen. There was a protest against national education, which many worried would gloss over problems in China’s history, and the 2014 protests against election reforms, called the Umbrella Movement. All of those protests have been reactions to initiatives of the Hong Kong government, sometimes at the behest of Beijing.

They are basically reactive. Hong Kong is still a relatively passive country politically, but it has freedom of the press and freedom of speech. Those are valued very highly here, especially by younger generations who, ever since the Umbrella Movement, have begun to identify themselves as Hong Kongers rather than as Chinese. Younger people are driving these current protests, and my wife also reported a disproportionate number of women in the marches. They are very passionate about defending these democratic values that are specific to Hong Kong.

Q. How do these protests fit into the overall context of China’s relationship to Hong Kong?

A. There is a prevailing feeling that the hourglass is running out. No one knows what Beijing’s intentions are in 2047, when the 50-year agreement expires. Logically, it is in China’s interest to try to narrow the differences between Hong Kong and the mainland so that when that deadline arrives, there is no big, dramatic transition. Rather, the transition would have already occurred. People are afraid that this law is part of a gradual effort to make Hong Kong more and more like the rest of China.

Q. How could the tensions affect the United States’ relationship with China or Hong Kong?

A. Firstly, it affects the many Americans living in Hong Kong, including myself. Those who hold permanent residence here or spend a lot of time here could be directly impacted by the extradition law, and we have seen enough warning signs to worry that journalists, scholars and others could be affected.

Additionally, when Hong Kong was returned to China in 1997, the U.S. adopted the United States-Hong Kong Policy Act. It said that, even though Hong Kong is now a part of China, the U.S. would continue to treat it as a separate customs territory, giving it the same benefits as before. This was particularly important because Hong Kong would continue to have its own tariff status and be treated as a separate entity for things like technology transfer, meaning that we would trust Hong Kong to carry out any restrictions we might place on technology exported to China.

Erosion of Hong Kong’s autonomy could trigger revocation of that special status, which would have huge implications for Hong Kong. They could, for example, be subject to any tariff increases the U.S. decides to impose on China.

Q. Is there anything else that you would like to add?

A. There is increasing mutual sympathy between Hong Kong and Taiwan. Taiwan has become a vibrant, complete and consolidated democracy and many in Hong Kong would like to see a similar shift, despite resistance from Beijing and some of the elites here in Hong Kong. The Chinese view that style of democracy as “Western,” something that is inherently incompatible with Chinese culture.

Taiwan and Hong Kong are challenging that view and challenging the idea that democracy is only for Westerners. That is something Americans should be paying close attention to, especially those of us who believe that democracy represents universal, not just culturally specific, values.

What Is Biotechnology? Where Is It Headed at UVA? END_OF_DOCUMENT_TOKEN_TO_BE_REPLACED