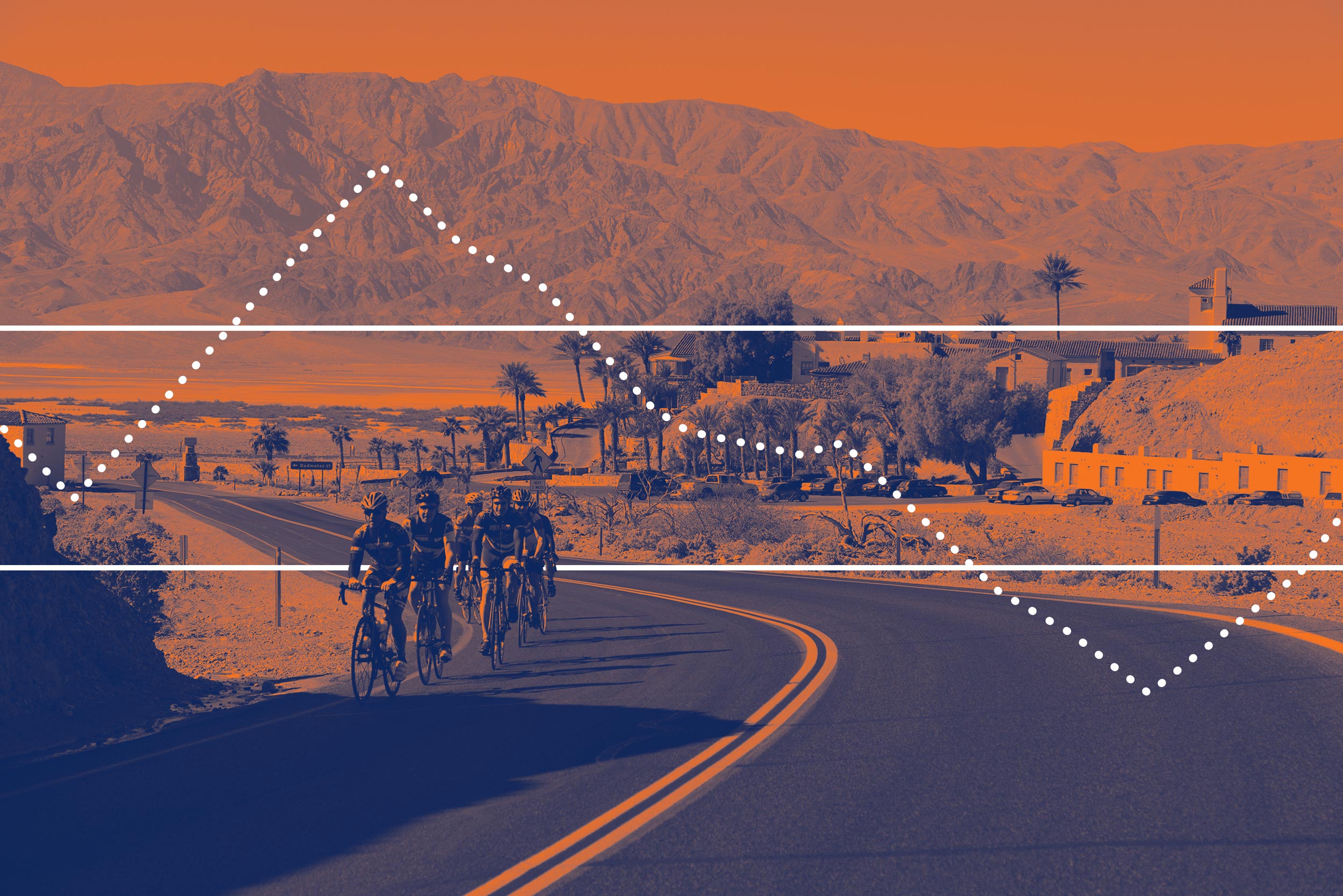 In 2018, Richmond native Mike Anderson, who was diagnosed with Type 1 diabetes 22 years ago, rode 100 miles across California’s Death Valley for JDRF.

For Anderson, even more remarkable than the mileage or the scenery – which he described as “cycling on the moon” – was the peace of mind he carried with him. Fitted out with a new artificial pancreas system based on technology from the University of Virginia’s Center for Diabetes Technology, Anderson did not have to worry about his blood sugar dipping or spiking. The technology – and, frequent snacks – took care of that, monitoring and automatically regulating blood glucose levels.

Anderson could just enjoy the ride.

“I don’t think I would have had the confidence to do that without knowing that I could monitor how my body was doing and how it was responding as I rode,” said Anderson, who has been cycling for JDRF, formerly known as the Juvenile Diabetes Research Foundation, for six years and completed three 100-mile “century rides.” 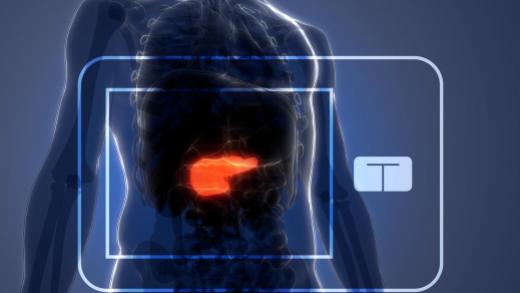 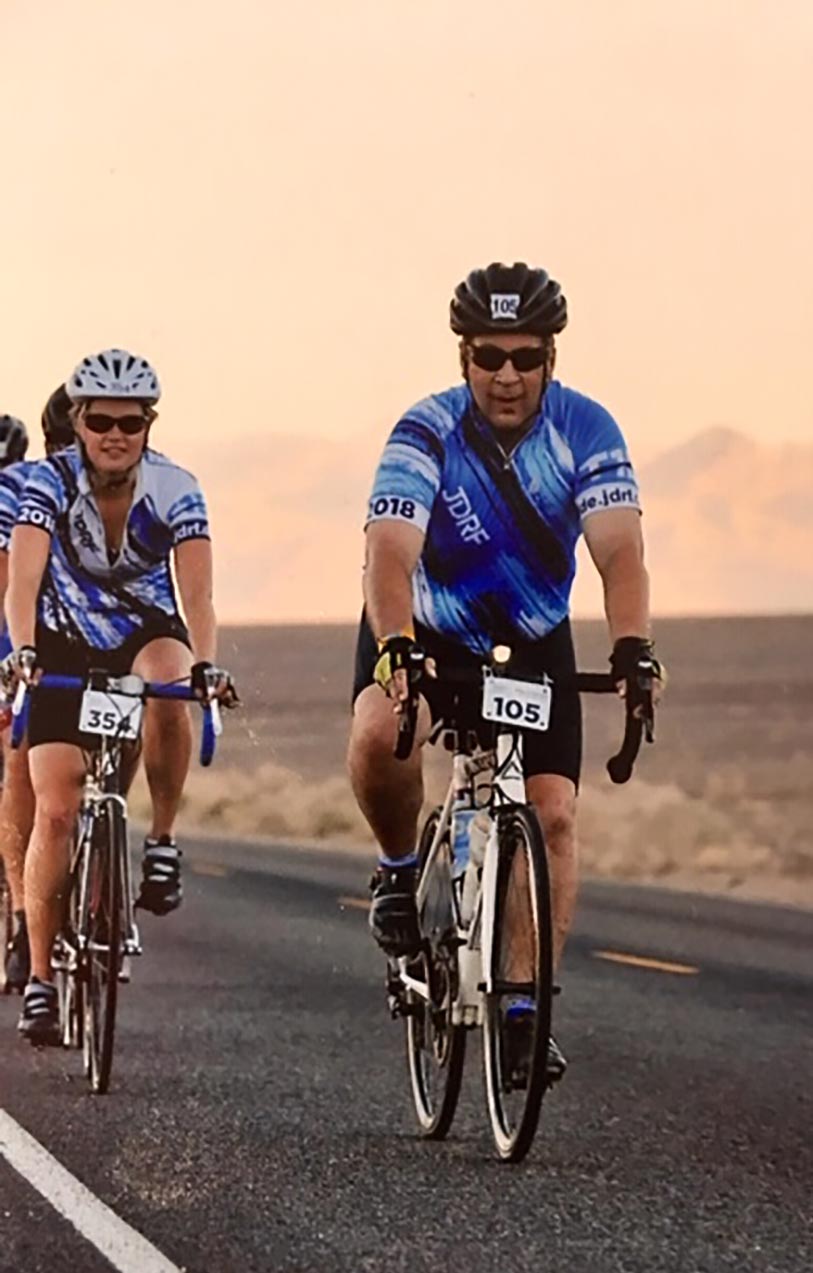 “Crossing that finish line was an amazing feeling.”

Anderson was part of UVA clinical trials testing the technology, called the Control-IQ artificial pancreas system, that was officially approved by the U.S. Food and Drug Administration in December. The stamp of approval marked a huge step for those living with diabetes and for researchers who have been developing and testing this technology for decades.

“I hope this will bring a significant shift in diabetes care,” said Boris Kovatchev, director of UVA’s Center for Diabetes Technology.

The artificial pancreas system is based on 14 years of research by Kovatchev and his team, as well as clinical trials conducted at UVA and around the world. It was licensed and further developed by TypeZero Technologies in 2015 with support from UVA’s Licensing and Ventures Group, and is now being developed and brought to market by Tandem Diabetes Care. UVA’s research was funded by the National Institutes of Health, JDRF, the University’s Strategic Investment fund, and by philanthropic support from Paul and Diane Manning of Charlottesville and the Frederick Banting Foundation of Richmond.

The Road to a Cure

Much like Anderson’s 100-mile rides, the road to FDA approval was long and winding.

In some sense, it began a few generations ago. Kovatchev, who started this work shortly after arriving at UVA 27 years ago, was motivated by his father’s struggle with diabetes. The elder Kovatchev did not have the benefit of technology like an insulin pump, and died of complications from the disease at the age of 69.

“I had this firsthand experience watching my father struggle with insulin injections, without a pump and without continuous monitoring,” Kovatchev said. “It was very hard to control his diabetes.”

Anderson also watched a relative struggle with the disease. His aunt, Mary Jane, whom he called one of his role models, was diagnosed in 1940 and lived with Type 1 diabetes for seven decades before she died two years ago at age 83. He often took trips out to Nellysford to tell her about his participation in the clinical trials at UVA.

“Early on, she had none of this technology, not even [blood glucose] test strips,” he said. “I tried to keep her up to date on the trials. I feel satisfied knowing that she saw that people like me and future generations, might have access to better medical care than was available most of her life.”

Long before Anderson joined UVA’s clinical trials, Kovatchev, who earned his Ph.D. in mathematics, saw math as one way to that future. 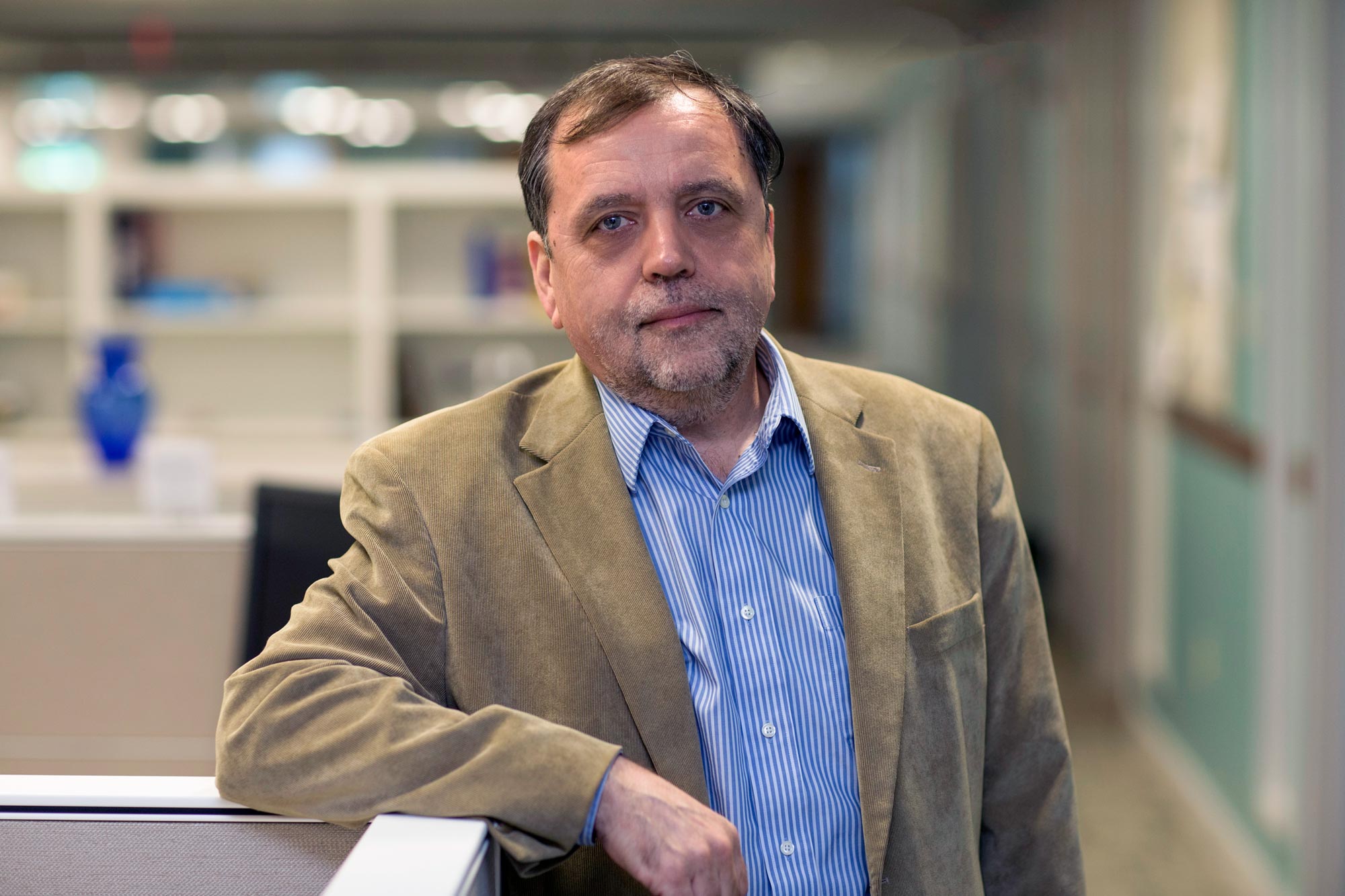 “When I came to UVA, I started learning about physiology and endocrinology, and I realized there was a lot of math to be applied there,” he said. “We started monitoring the human metabolic system and trying to describe it with equations. It took us about 10 years to be successful.”

Today, that math takes the form of an algorithm that serves as the “brains” of the artificial pancreas system, tracking a patient’s blood glucose level and directing the pump to administer insulin when needed. Marc Breton, a professor in the School of Medicine, and Stephen Patek, a former professor of systems engineering, contributed to the algorithm design and co-founded TypeZero Technologies. TypeZero, led by CEO Chad Rogers, further developed and enhanced many aspects of the system, ran an international trial and prepared the technology to transition from the laboratory to the market.

Seeing the work come to life, Kovatchev said, has been very rewarding.

“Charlottesville became the first U.S. city where people were walking around with this technology,” he said. The outpatient system was also tested in Italy and France.

“Now, UVA has a chance to be among the first to adopt the system and deploy it here in Virginia, thanks to the very good track record we have in clinical trials.”

The artificial pancreas system monitors and automatically regulates blood glucose levels. It consists of a sensor placed on the skin and an insulin pump programmed with an algorithm that adjusts the recipient’s insulin dose, much like a healthy pancreas would.

Reads the blood glucose level and alerts the insulin pump.

Users no longer need to worry about checking insulin levels by fingerstick and blood testing, then correcting them with manual injections or by manually directing a pump, as many patients do today. A smartphone app provides data, charts and other information.

One goal is to bring users’ A1C levels – a measure of blood glucose – to at or below 7%, as recommended by the American Diabetes Association for those with Type 1 diabetes. Anderson, who can remember the exact date he was diagnosed with diabetes – May 4, 1998 – said his new pump has brought him closer than ever to that magic number.

“When I checked into the trial, I had an A1C of 8.2,” he said. “Thanks to this new technology, I am at about 6.9 right now. It’s the first time I have been at 6.9 in several years, and I give all credit to this technology, which handles my day-to-day insulin dosing that I might not be able to do as well.”

Clinical trial results prove that Anderson’s experience is not unique. The latest study, published in October in the New England Journal of Medicine and referred to the FDA, showed that users increased time in their target blood glucose range by an average of 2.6 hours per day.

“That can be tied to lower risk of diabetes outcomes like kidney disease, eye disease and other risks,” said Dr. Sue A. Brown, a UVA endocrinologist who ran the clinical trials and was a co-author of the study with Kovatchev and Dr. Roy Beck from the Jaeb Center for Health Research in Tampa, Florida.

It also means 2.6 fewer hours of worry and mathematics per day, Anderson said.

“It brings so much peace of mind, not having to spend every second worrying if you are too high or too low, if you ate too much or too little, if you didn’t give enough insulin or gave too much,” he said.

Patients’ level of trust in the system was consistently high, Brown said, particularly during the overnight hours where blood glucose levels can spike or drop while someone is asleep and unable to administer injections. The artificial pancreas system, because it is automatically regulated, greatly reduces that concern for patients, caregivers and parents of young children with Type I diabetes.

“The system was incredibly consistent at getting good glucose levels overnight,” Brown said. “Participants woke up in the target range 90% of the time, which helps everyone start their day well.”

Both Anderson and Brown said the relationships fostered through the clinical trials have been especially rewarding.

“The support and the relationships I have found at UVA, with the doctors, the nurses and the whole UVA team, have just been great from the beginning,” said Anderson, who has participated in UVA clinical trials since 2010. Brown, who gets to see patients’ reactions as they experience the technology and the relief it brings, put it simply.

“I have the best job in the world,” she said.

Now that the artificial pancreas system has FDA approval, Kovatchev, Brown and other UVA researchers are setting their sights on what Kovatchev called “the next generation of improvements using the power of new data science methods,” in collaboration with UVA’s new School of Data Science. They hope to continue testing and tweaking the system, and to use what they have learned to expand treatment for patients with Type 2 diabetes, who produce insulin but often do not produce enough.

Brown also hopes to further examine how the system affects and improves sleep quality, and to conduct studies specifically focused on young children and older adults.

As for Anderson, he is already looking forward to his next ride, to automated blood sugar control, and to life with fewer complications from his diabetes.

“The FDA approval was just so exciting, and this technology is such a big step forward for all of us,” he said. “Hopefully it leads to more and more improvements and, eventually, a medical cure.” 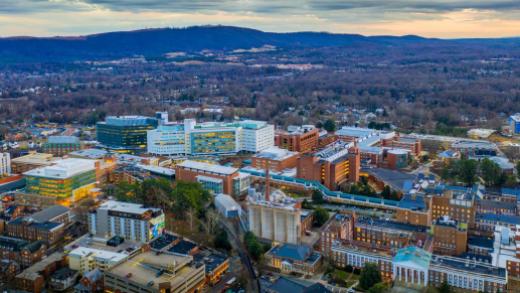 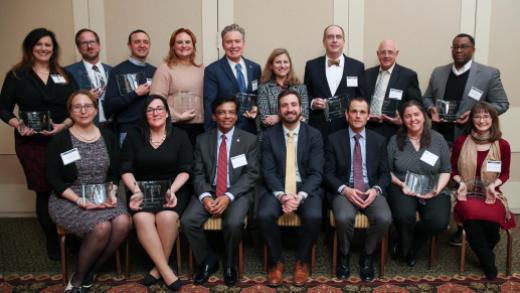 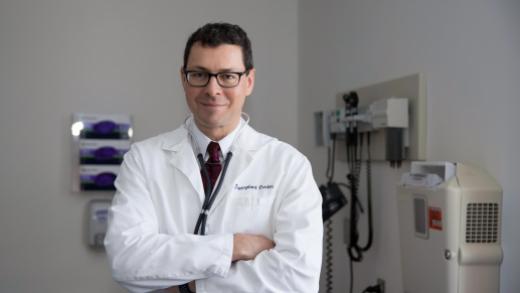