Randy Pausch: Time is All That Matters 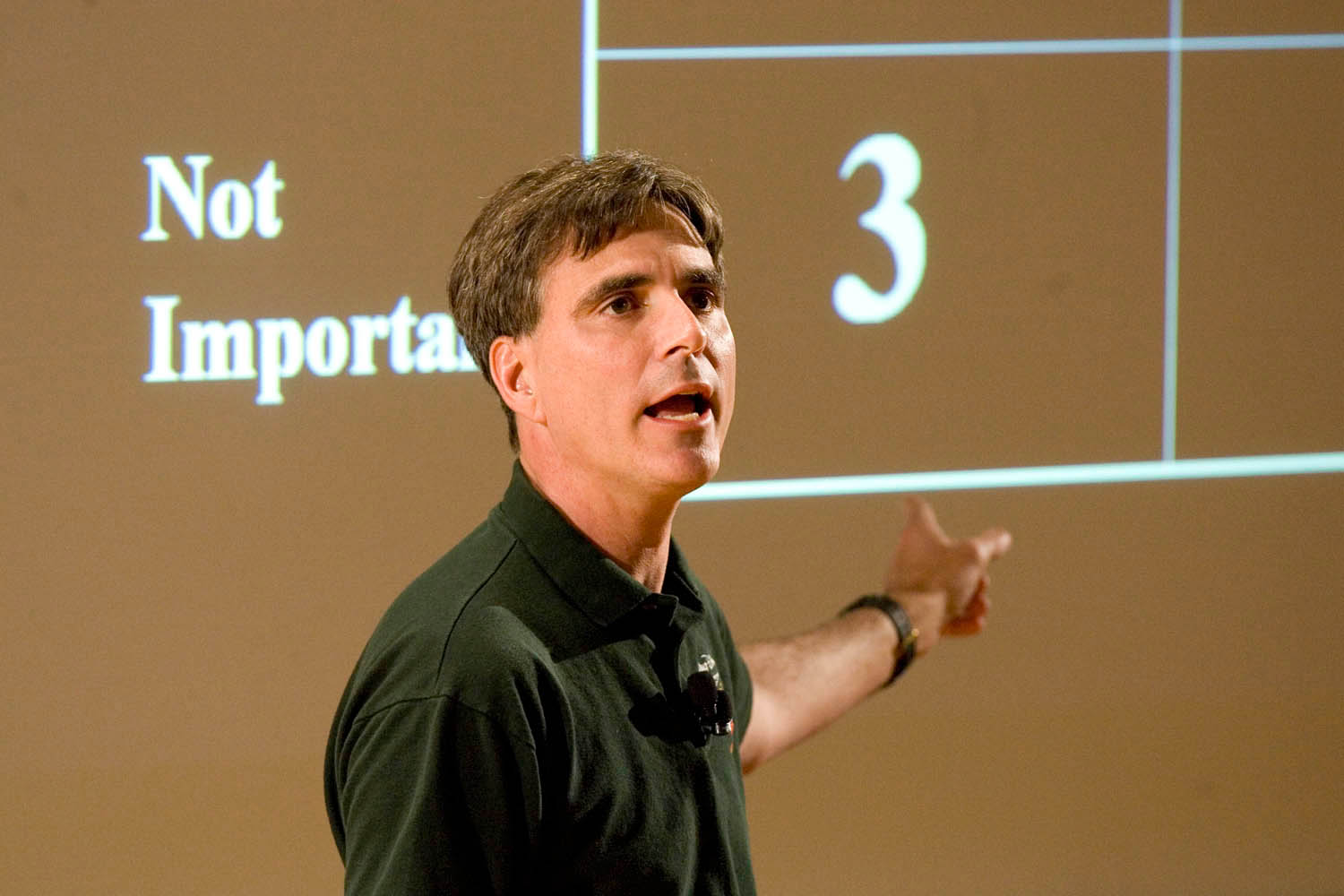 Nov. 28, 2007— In October 1998, Carnegie Mellon University computer science professor Randy Pausch lectured on time management at the University of Virginia, where he had taught for nine years.

That day, Pausch began by explaining that his interest in time management was piqued "when I realized that I wasn't going to find a way to make more time."

On Nov. 27, just more than 10 years later, Pausch returned to U.Va. to reprise that lecture.

He still has not found a way to make more time. In fact, he now considers himself an authority about what to do with limited time.

In 2006, Pausch, 47, was diagnosed with pancreatic cancer. In August, doctors told him that he had "three to six months of good health left."

In September, Pausch delivered a lecture titled "Really Achieving Your Childhood Dreams" as part of the "last lecture" series at Carnegie Mellon in which faculty are asked to give a hypothetical final talk. The lecture became a worldwide phenomenon, although he has said he intended it for his children.

A Webcast of the presentation was downloaded more than a million times, spawning articles in newspapers around the country. Pausch gave a mini-version on "Oprah," was named "Person of the Week" by ABC's World News, and is collaborating with Wall Street Journal columnist Jeff Zaslow on a book based on the lecture.

"He has raised the level of fun in education to new dimensions," Robins said. "Randy Pausch's impact will continue to touch many people for years to come."

Many people had to be turned away from hearing the lecture. Speaking to a capacity crowd in Old Cabell Hall, Pausch mentioned his health only briefly while offering pragmatic advice on how to manage what he called "the only commodity that matters — time."

Those in attendance, who included many colleagues, and students and others who have never known him, gave him a standing ovation when he walked onstage and listened quietly for an hour and a half with occasional chuckling to the advice that came with such a deadline. Pausch, known for his humorous delivery, did not disappoint, peppering his suggestions with funny stories and pictures from his life — like the one of him "delegating" to his infant daughter holding her own bottle.

Pausch said he was giving the talk at U.Va. because he told Robins he would and he was still physically able. Later he mentioned that one of his most important pieces of advice is to keep a promise, although trying to renegotiate is permissible. He was able to fulfill his top priority of spending time with family, as well, he said, because he was visiting his U.Va. "family," for one thing, and for another, he brought his sister, his niece, who is a fourth-year student at the University, and his nephew, whom he recommended as a future graduate student in history, to the Grounds.

Urging the audience to balance work and family life, he said people with partners and children are often good models for time management, because they have a more immediate sense of the cost of time.

Pausch, a father of three, talked about how to set goals, how to avoid wasting time, how to delegate and how to deal with stress and procrastination. One of his goals for passing along this advice, he said, is to allow time for having fun.

A master multi-tasker, he said a speaker-phone is a must to free up your hands, as are two or three computer screens – it's the big desk you need, he declared. His latest time-saver is making necessary phone calls while riding his bicycle for exercise, talking via a headset.

If you can't pull off that feat, make calls right before lunch to help keep them short. "You may think you're important, but you're not as important as lunch," he said.

Pausch told the audience to "find your creative time and defend it ruthlessly."

Pragmatic proverbs and technological time-savers were not all the former professor had to offer. He described two other items he has kept on his clean, sparse desk at work: a box of tissues (originally for stressed-out graduate students during times when they felt particularly overwhelmed and were most likely to cry) and a box of thank-you cards to express one's gratitude at a moment's notice. Being thoughtful and compassionate toward others is a high priority on his list, and not without its place in time management.

"When you get good at time management," he said, "you realize that it's a collaborative thing. I want to make everybody more efficient. How do we all, collectively, get more done?"

Pausch said that he intends the advice on time management "as a gift" to show people how to make more time in their lives.

Toward the close of his talk, which included specific tasks to get people on the right track to managing their time, Pausch suggested revisiting the topic in 30 days — by watching the talk or reading a detailed outline of it, posted online at www.randypausch.com — to measure any progress made.

"Time management makes you figure out what's important and what's not," he said. "Time is all we have. You may find one day that you have less than you think."