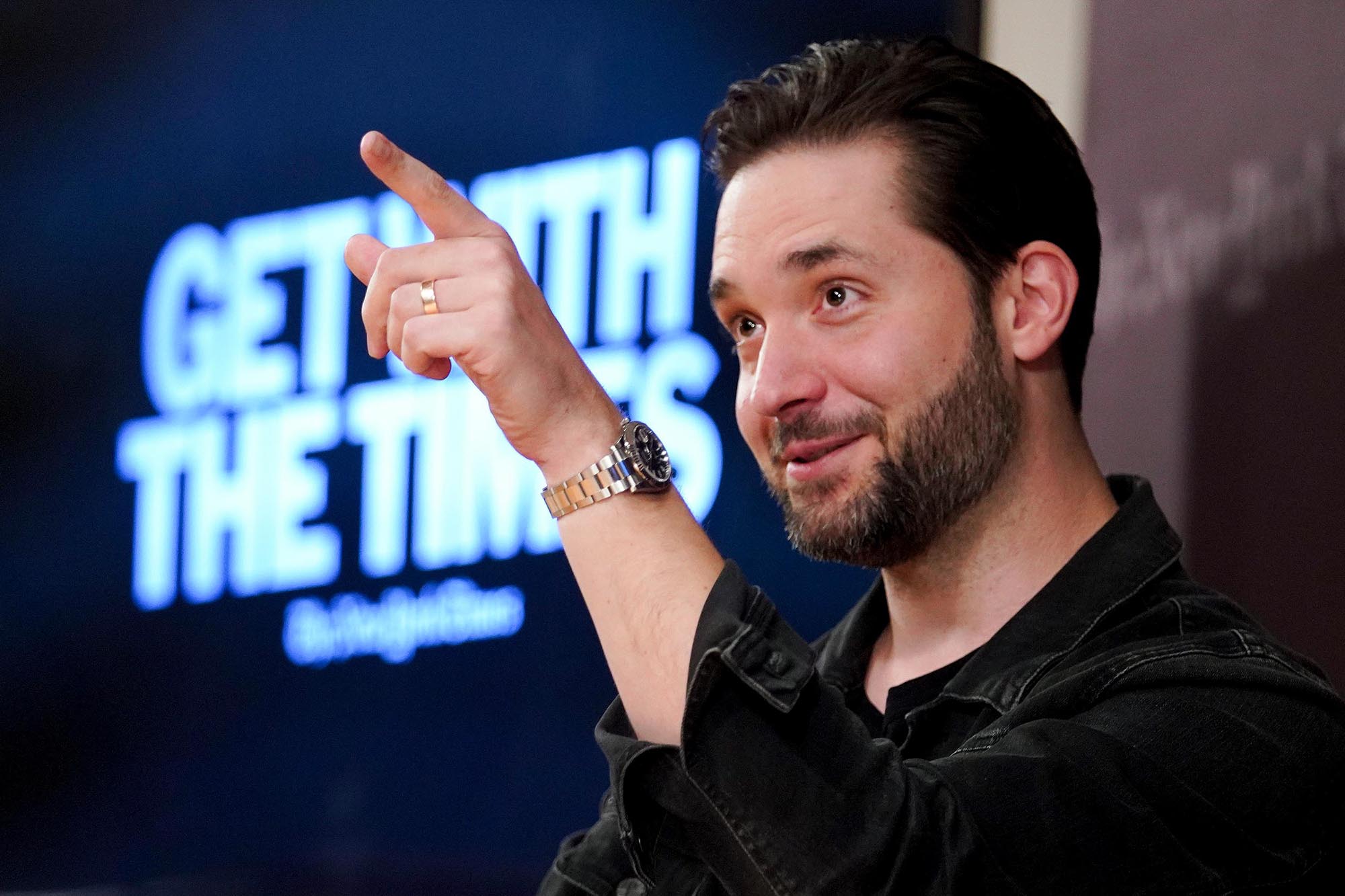 It was a decision that shocked the tech world – and even his own wife.

Shortly after the death of George Floyd at the hands of a Minneapolis police officer, University of Virginia alumnus Alexis Ohanian announced he had resigned as a member of the Reddit board, and urged the board to fill his seat with a Black candidate. He also said he would be using his future gains from Reddit stock to serve the Black community and curb racial hate, starting with a pledge of $1 million to former NFL quarterback Colin Kaepernick’s “Know Your Rights Camp.”

In the series of Tweets on June 5, Ohanian – married to tennis star Serena Williams – told his 335,000 followers, “It is long overdue to do the right thing.”

I've resigned as a member of the reddit board, I have urged them to fill my seat with a black candidate, + I will use future gains on my Reddit stock to serve the black community, chiefly to curb racial hate, and I’m starting with a pledge of $1M to @kaepernick7’s @yourrightscamp

I’m saying this as a father who needs to be able to answer his black daughter when she asks: “What did you do?”⁰https://t.co/4UiozIOo8P

When Ohanian first told Williams he was thinking about stepping down from the board of the social news website he cofounded in 2005, she was shocked.

In an email interview with UVA Today, Ohanian explained the factors that went into his decision, the subsequent conversations he had with Williams and what he hopes they can someday tell their biracial 2-year-old daughter about what he did.

Q. What type of reactions have you received since your announcement?

A. I’ve received an overwhelming amount of support in the form of tweets, upvotes, calls, texts, emails – you name it. Nonetheless, I woke up the next morning following the announcement, and every day since, with the mentality that this is just the first step in a series of many. There’s still so much more work that needs to be done.

Q. Why did you feel so strongly about taking this extreme step of resigning from the board?

A. As I’ve said recently, I believe resignation can be an act of leadership from people in power right now. Diversity is a major issue in board rooms across corporate America and specifically in the tech industry, which wields a disproportionate amount of power and influence on society. It’s time for companies to have people in the room representing the community they want to serve. I hope that my resignation will spur a dialogue and encourage other boards to take a look around the room and see how they can make changes, too. I hope my resignation can also pressure companies to take concrete steps – now – to stand up to hate.

Q. Did anybody try to talk you out of it?

A. This was not an easy decision, but the few people I sought counsel from were incredibly supportive and understood how important this was to me. Reddit is a company that I co-founded right out of UVA and spent many hours building with the goal of creating a really special platform for people to connect online. Upon reflecting on the state of where our country is right now, I thought more about what I could do beyond a social media post or donation, and felt like stepping down was the right move to make.

Q. You’ve likely received thousands of responses from people around the world after what you did. Any particularly poignant ones that have stood out?

A. I was floored to receive so many notes from so many people – whether it was from current and past employees, to business leaders, and even a former president – but the most heartening was seeing countless Redditors celebrate the move and what they hope it will bring about.

Did you know @reddit was founded at @uvalibrary? I bet @alexisohanian knew this one – and I’m glad visitors to Alderman will now know this too. Thanks for a terrific visit, Alexis and welcome back to Grounds!

Q. You remain very involved in the tech industry and in many different startups through your venture capital firm. What changes or steps would you like to see tech companies make?

A. We need diversity at the highest level of business now more than ever. My hope was to start a discourse on the issues, and I think we have been successful in doing that so far. Now comes the important next step of continuing these conversations and backing them up with actions.

At Initialized, we have gone through a similar self-evaluation process and have recognized that we need to invest in more Black and Latino founders. Seven percent of the companies in our most recent fund are led by Black founders and 9% by Latino founders. While this is up about 3% from the prior fund, this figure is still too low in an industry like venture capital, which notoriously underfunds Black and Brown founders, and we are committed to improving this.

For the tech industry, I think it’s important that companies not only prioritize diversity from within, but also think about ways in which they can work more broadly to address social issues and structural inequities. For example, a year ago we put a few million dollars into an amazing company called Sentropy, a machine learning technology that can identify online abuse, such as hate speech trends, and block them on social platforms. As this historical moment we are living in continues to unfold, I think there will be an increased interest in companies like Sentropy, who are actively working to facilitate change.

Q. What do you like about Colin Kaepernick’s Know Your Rights Camp?

A. I have admired Colin’s resiliency and his stance against police brutality especially in the face of resistance and even at the cost of his own career. His organization is doing very important work at this time to help the Black community, especially young people, to understand their rights and learn how to protect themselves during interactions with law enforcement.

Q. What was Serena’s reaction when you told her you wanted to step down from the board?

A. I talked about this decision at length with my wife before making the announcement. I really valued the open conversations we had and the counsel she offered. We talk a lot about getting more comfortable with being uncomfortable when it comes to conversations about race, diversity and inclusion. And ultimately, she let me know that whatever decision I made, she would support me.

Q. In one of your Tweets announcing your decision to resign, you referenced your daughter’s impact on the decision. Fast-forwarding five or 10 years, or however many years when you eventually have a discussion with your daughter about race in this country, what do you hope to be able to tell her?

A. As a parent, all you want to do is protect your child and shield them from harm forever. However, the bitter reality is that just isn’t possible, and I wanted to do something now that I hoped would challenge the status quo and lead to lasting change for her and others that look like her. In the future I would love to tell my daughter that we witnessed a cultural turning point in 2020, and while I’m optimistic, I also recognize there is so much more work that still needs to be done – and she motivates me every day to continue doing my part.

Q. Looking back at your time at UVA, how do you think your experiences helped shape some of the things you believe in today and the causes you’re fighting for?

A. My time at UVA provided me with a solid foundation and indelible life skills that serve me to this day. I had a pretty broad educational focus and was a double-major in commerce and history and minored in German, which gave me the opportunity to meet and interact with people from different backgrounds and varied experiences. Overall I think my time on campus helped to broaden my worldview and my interest in meeting and learning about new people and their ideas, something that has been very integral to my career as a VC. Just the other day, I was reflecting on an experience I had on Grounds my senior year, just before graduating and starting Reddit. I’m grateful it turned out as well as it did for me, because my life could’ve taken a very different turn and we wouldn’t be having this interview right now. I’m trying to gain a little more perspective every day and it’s also helping me find new meaning in old experiences I’ve had throughout my life.

Netflix to Add Ads. Why This Could Be a ‘Game-Changer’ for Your Viewing Experience END_OF_DOCUMENT_TOKEN_TO_BE_REPLACED

What’s Next for UVA’s Class of 2022? END_OF_DOCUMENT_TOKEN_TO_BE_REPLACED