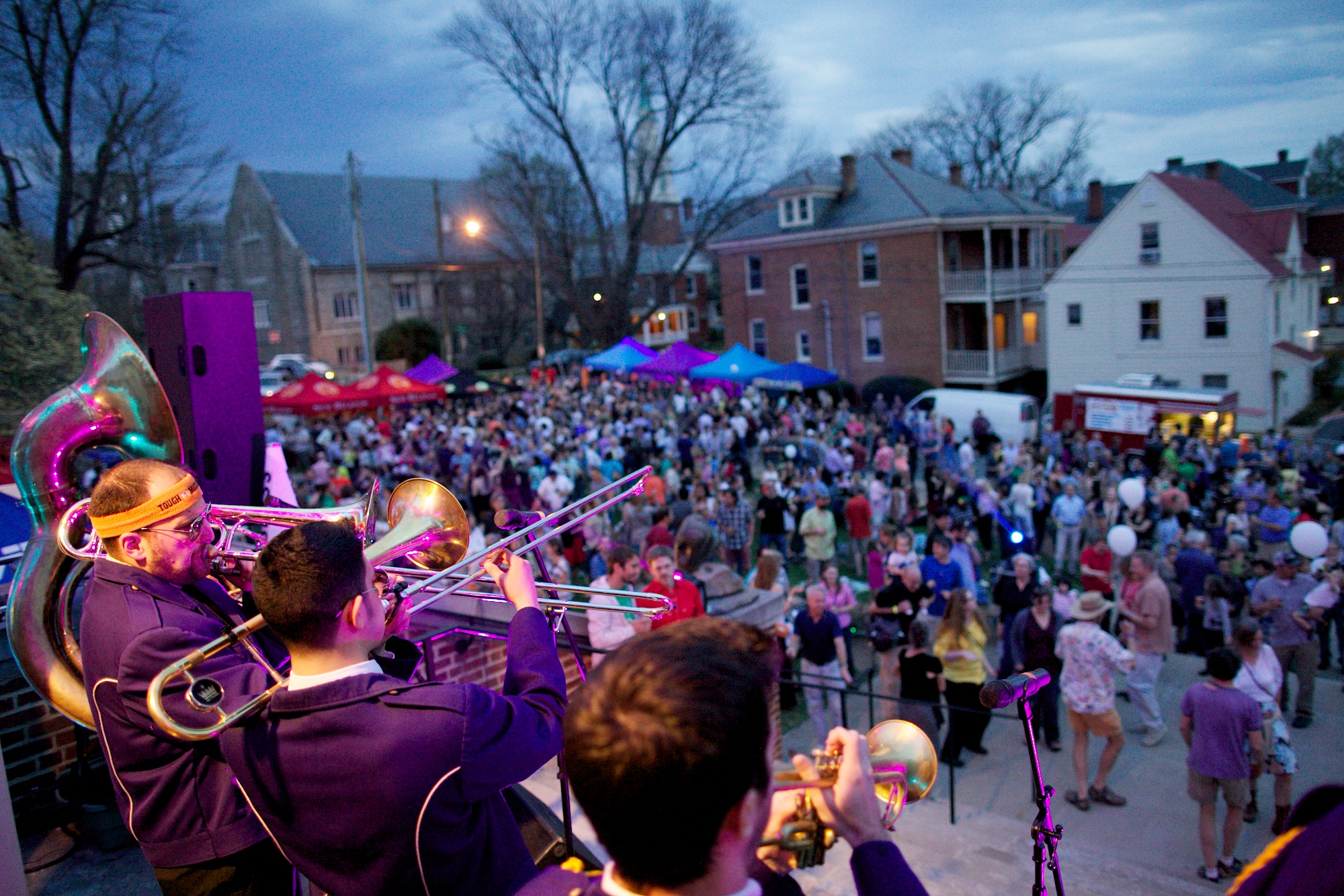 He co-founded reddit, “the front page of the Internet,” shortly after graduating from the University of Virginia. She used her School of Architecture training to design an avant-garde fashion line worn by the likes of Beyoncé, Madonna, Lady Gaga and Nicky Minaj.

The festival, inspired by Austin’s South by Southwest, aims to cross-pollinate art and innovation with keynote talks, panels, events, performances and citywide art projects spanning downtown Charlottesville. Founder and director Paul Beyer developed the concept in the University’s W.L. Lyons Brown III Innovation Laboratory (i.Lab) and U.Va.’s involvement has only grown since the festival’s 2012 founding. More than 15 University initiatives and student organizations will partner with this year’s festival for various events.

“From day one, U.Va. has been an intrinsic part of the TomTom Festival,” Beyer said. “The festival relies on thought leadership, stellar research and great entrepreneurs, and U.Va. is producing those in spades.”

U.Va.’s Ruffin Distinguished Artist in Residence, Claude Wampler, will also speak and serve as one of the festival’s artists in residence, alongside McCharen and muralist Mickael Broth.

Budding entrepreneurs hoping for similar success will vie for funding in the Crowdfunded Pitch Night, sponsored by the Batten Institute for Entrepreneurship and Innovation. The winner can take home funds raised that evening or take the final spot in the same U.Va. i.Lab that launched the festival.

“People in our community really care about stepping forward to make an important change and the pitch night is a place where you can see that in action,” said Sean Carr, executive director of the Batten Institute and an early festival adviser. “U.Va. is embedded in this community and should do all that we can to support that drive.”

University student entrepreneurs will compete for seed funding in the McIntire School of Commerce’s Galant Challenge and in the festival’s Super Demo tech and entrepreneurship pitch competition, judged by Ohanian and Peter Rojas, vice president of AOL and founder of Gizmodo and Engadget.

“Education is an area in which there is a rapidly growing amount of innovation and a considerable need for it,” said Curry School of Education Dean Robert Pianta. “The festival enables interchange with people working in different areas and allows us to share areas of our work that we think can be showcased as models of innovation.”

U.Va. Arts will also support other art programming including the Downtown Banner Competition and the City Art Bus, both signature projects of the festival’s City as Canvas campaign to illustrate the importance of public art in the community.

“U.Va. Arts is excited about this project that will engage the whole community in a conversation about creativity and place-making,” said Emma Terry, assistant to the Vice Provost of the Arts.   “At U.Va. we’re always trying to find innovative ways to connect our students with what it means to be an artist in a wider community.”

At the end of the festival, the School of Engineering and Applied Sciences will sponsor a Genius Hour showcasing robotics, technology and other inventions by innovators of all ages, including U.Va. students.

“Our students will meet other like-minded thinkers, design thinkers and people who see new and improved ways of doing things,” said Liz Pyle, associate director of technology and entrepreneurship in the Engineering School and a member of the festival’s innovation committee. “Charlottesville is experiencing a resurgence of entrepreneurship. You can see it in the students and in the community. It’s really bubbling up.”

Carr agreed that entrepreneurial and innovative activities have sprouted all around U.Va.

“It is an incredibly exciting time to be here at the University and in Charlottesville as we think about what it’s entrepreneurial future might look like,” he said.

A full schedule of events can be found at www.tomtomfest.com. Events held in partnership with the University include:

• Emergence I: Creative Collisions, April 18: Collaborative event featuring performances inspired by health and education, race and identity, or environment and sustainability. Sponsored by the College and Graduate School of Arts & Sciences.

• City as Canvas, multi-day: Monthlong initiative, including the City Art Bus and a Downtown Banner Competition, with competitively selected work from 16 artists, including four U.Va. students as well as U.Va. faculty judges.

Do You Know the History of Your Favorite Corner Spots? END_OF_DOCUMENT_TOKEN_TO_BE_REPLACED

Netflix to Add Ads. Why This Could Be a ‘Game-Changer’ for Your Viewing Experience END_OF_DOCUMENT_TOKEN_TO_BE_REPLACED

What’s Next for UVA’s Class of 2022? END_OF_DOCUMENT_TOKEN_TO_BE_REPLACED