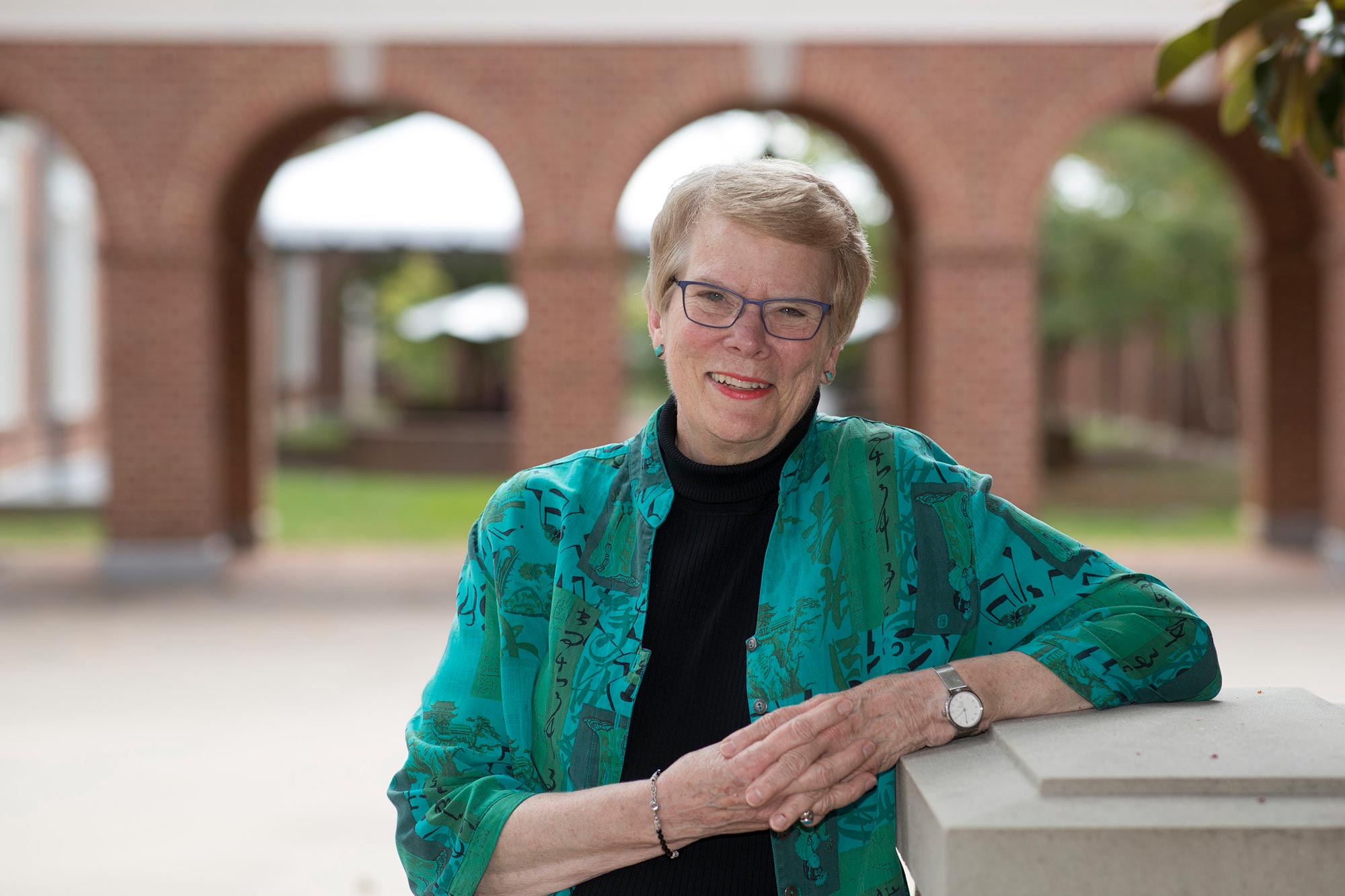 You know where this is going, right?

Not only did Tomlinson grow up to become Virginia’s Teacher of the Year (1974) and a teacher-scholar, she has become a world-renowned expert on how to teach a classroom of students who range significantly in ability and achievement.

It is called “differentiated instruction” – the way a teacher structures lessons to effectively teach students who range widely in proficiency. And it is a phrase Tomlinson coined as she and colleagues at the University of Virginia’s Curry School of Education and Human Development began doing research on the topic about 25 years ago.

“I was sitting in a meeting one day writing a grant with my colleagues and we had the framework of the project worked out,” Tomlinson said. “But we needed a name for the thing we were proposing to study. As we brainstormed, I said, ‘What about calling it differentiation?’ And that’s how it was named.  With a bit more foresight, I might have opted for a different term. Differentiation seems quite challenging for many people to pronounce.”

Tomlinson, who recently retired as the University of Virginia’s William Clay Parrish Jr. Professor of Education and chair of Curry’s Educational Leadership, Foundations and Policy Department, has spent a portion of her career traveling around the globe training educators about differentiated instruction.

For Tomlinson, the definition of differentiated instruction is simple, though not easy.

“It is teaching with the children in mind,” Tomlinson said.

In the 1970s, Tomlinson was teaching middle school in Warrenton and, together with several other teachers, began to ask important questions both about their teaching and the strengths and needs of students in their classrooms, many of whom had a very broad range of achievement patterns.

How can we better plan instruction at the beginning of the year for kids who will come into the classroom at different levels?

When kids aren’t enthusiastic about school, how can we find out what they do care about and link that with key instructional goals?

How do we split our time between kids so that we become effective learning coaches for each of them?

“As we began answering these questions, always keeping our students at the forefront, we realized there are five elements of teaching that, if modified correctly, can improve teaching and, ultimately, student learning,” Tomlinson said. “These elements include learning environment, curriculum, assessment, instruction, and classroom leadership and management.”

This team of teachers ignited Tomlinson’s curiosity and launched her career into wrestling down this philosophy of differentiated instruction and her efforts to teach it around the world.

The Myth of Homogenous Classrooms and the Danger of Tracking

According to Tomlinson, an assumption exists that teachers don’t need differentiation if they are teaching a group of students who test on the same readiness level. These kinds of classes, called leveled or tracked, are when more advanced students are clustered together in one class, more “typical” students in another, and students who struggle academically in another. It is not unusual for high schools to have as many as four or five tracks.

“There are at least two problems with this assumption,” Tomlinson said. “First, there is really no such thing as a homogenous class. Every classroom is a mix of students with varying readiness levels, interests and preferred approaches to learning, and backgrounds.”

Students who test similarly in one subject may not in another, and in fact, their strengths may vary significantly across components of the same subject. Also, students who test similarly have a wide variety of interests, talents, maturity levels, personalities and experiences. Differentiated instruction is a way of thinking about teaching any and every class, according to Tomlinson.

The second myth Tomlinson works to dispel is that tracking is best for all students.

She says that students who are put in lower-track classes are generally sentenced to a low-quality education, and that is frequently a sentence that predicts struggles throughout adult life.  Students who are in “middle” tracks often come to see themselves as “just average” – not worth of particular note, and not likely to do anything particularly interesting or important in their lives. Students in advanced tracks often have the strongest teachers in a school and the richest learning experiences the school offers. But they, too, lose a great deal when their classmates are restricted to very high achievers. School can become a competition that has to be “won.”

“Stress resulting from academic pressures can become quite toxic,” Tomlinson said. “These students frequently lack opportunity to hear from, understand the perspectives of, and form bonds with people who are representative of the diverse world in which we live.”

Differentiation provides the opportunity for “teaching up,” as Tomlinson calls it. Teaching up calls on teachers to maintain high-end or advanced curriculum for the class as a whole and to provide scaffolding for students who need additional support to work with the advanced concepts and skills.

“Advanced learners,” she says, “will also need scaffolding to continue to grow when learning experiences are truly challenging for them. So, in a classroom where the teacher teaches up, differentiation is common across all students in the class.

“Kids are always smarter when you teach them like they are smart.”

Tomlinson acknowledges that this is difficult and takes the commitment and support of superior administrators, leaders and teachers working together – though she argues that differentiation itself is not as difficult as giving up some of the habits of teaching that all teachers necessarily adopt quickly in their careers in order to address the myriad demands they must tend to in virtually every minute of the school day.

“For the most part, our entire education system is set up to separate children into what we think are relatively homogenous groups and teach them with uniformity so they can perform adequately on standardized tests,” Tomlinson said. “But what we know is that teaching first with the student in mind and giving a diverse group of students the opportunity to work together and learn to appreciate each other increases the learning outcomes for all of the students.”

Though Tomlinson has stepped down from her academic roles, she maintains committed to this work and will be serving as an adviser to the Charlottesville City School Systems as they expand an effort to unlevel targeted subjects in three schools. She also serves as a consultant in Ohio and Tennessee to provide support for similar efforts.

This summer, a cadre of teachers from the Charlottesville City Schools participated in the Curry School’s Summer Institute on Academic Diversity, a program aiming to equip participants with the core principles and practices of differentiated instruction for use in their schools and classrooms.

She will also continue to work with teachers in the U.S. and around the world who want to continue developing classrooms that are effectively responsive to today’s broadly diverse learners. In the next few months, she will work in many U.S. locations and will also travel to Australia, Italy, Germany, Thailand, China, Chile, Brazil, Peru, Bermuda and China.