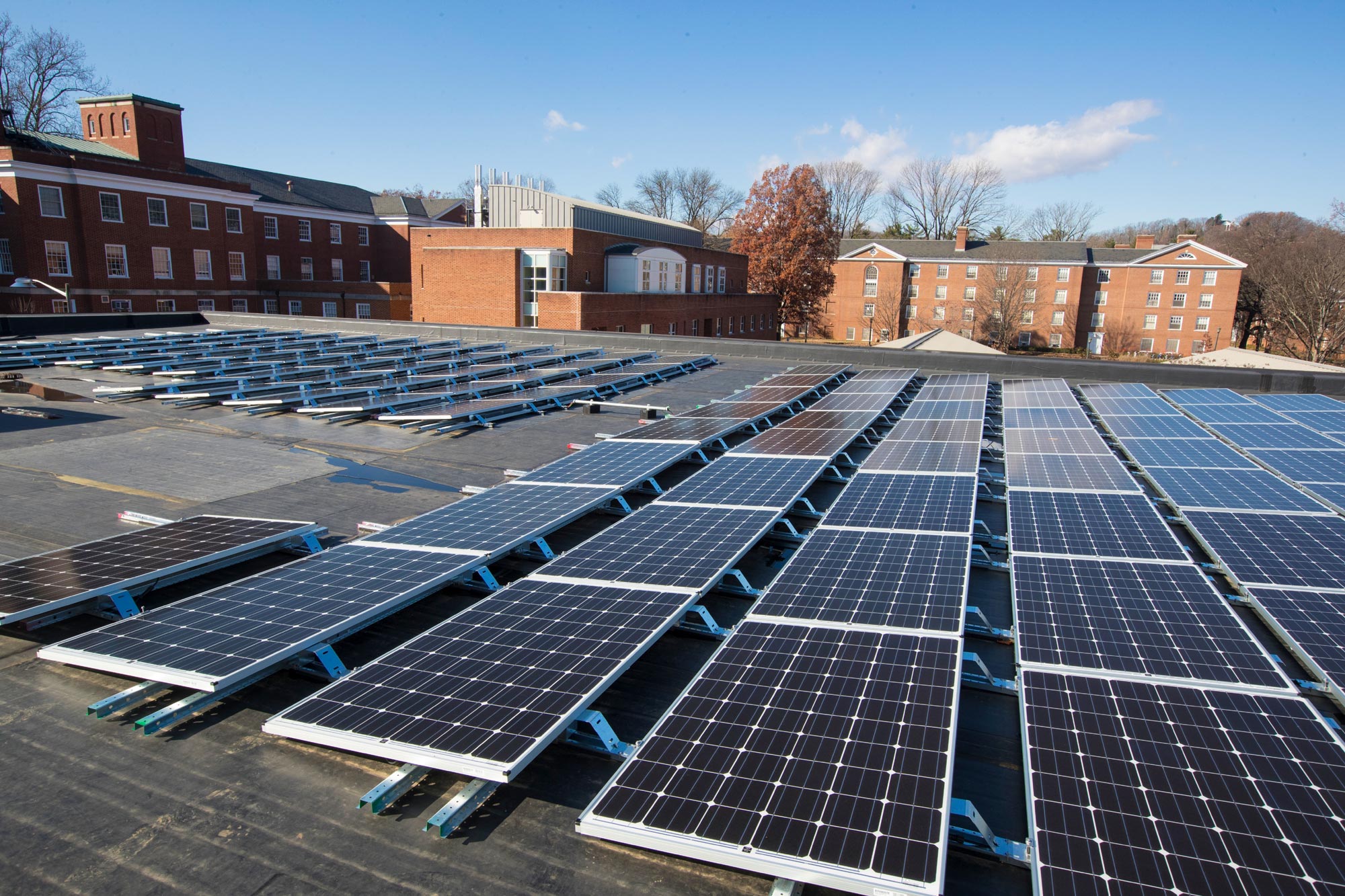 The University of Virginia is on track to meet its carbon footprint reduction goal six years ahead of schedule.

In a report presented to the Board of Visitor’s Buildings and Grounds Committee on Thursday, Cheryl Gomez, director of operations at Facilities Management, and Phoebe Crisman, professor of architecture and director of global studies, outlined UVA’s progress on its current Sustainability Plan.

During Earth Week 2016, the University unveiled the plan, a comprehensive, pan-University strategy that addresses everything from the boardroom to the classroom to the boiler room, and sets specific short- and long-term goals. The plan involves engagement, increasing sustainability awareness on and off Grounds; stewardship, reducing the environmental impact of University operations; and discovery, encouraging sustainability research and scholarship.

Among the plan’s administrative goals were reduction of the University’s carbon and nitrogen footprints, as well as reducing its trash output and water use.

The Sustainability Plan reiterated a 2011 Board of Visitors resolution and updated a climate action plan that called for the University to reduce greenhouse gas emissions 25% below 2009 levels by 2025 – a goal it appears to be reaching this year, thanks to a combination of reducing energy consumption and generating solar energy. UVA has installed solar panels on the roof of Clemons Library to produce electricity to be used in the library building, and partnered with Dominion Energy on two solar farms, the Puller Project and Hollyfield, which are producing electricity exclusively for the University.

For many years, Delta Force – UVA energy and systems experts, deployed as a group – audited the energy use of University buildings and devised changes to reduce energy consumption. A recent Delta Force renovation of Clark Hall has reduced the structure’s carbon footprint by 2,250 metric tons per year.

According to the report, Delta Force has invested $16.3 million in improvements to existing buildings on Grounds, saving $41.9 million in avoided costs since 2008. The University has also developed its own building standards that require a 25% reduction in energy-use intensity in new buildings compared to a similar existing building.

The University also has reduced its reactive nitrogen emissions by 17%, relative to 2010.

“Reactive nitrogen reduction is making energy and food choices,” said Jesse Warren, sustainability program manager in UVA’s Office for Sustainability. “Most of the 17% savings is on the energy side, but sourcing sustainable food alters fertilizer practices and reduces nitrogen emissions.”

The University has also introduced efficiencies to the production of hot and chilled water for University buildings and required new buildings and historic building renovations to meet Leadership in Energy and Environmental Design, or LEED, standards.

Recycling is also a key component of the University’s Sustainability Plan. Last year, the University diverted 6,500 tons of waste from landfills, recycling around 44% of its total waste. UVA works with Black Bear Composting to handle food waste from the dining halls.

The report also noted that the University has reduced its water use by about 25%, or roughly 165 million gallons a year, over the past two decades, despite growth of the University. Among the water-reduction steps are installing shower timers in the residence halls, low-flow toilets and recapturing condensate in the chilled water system.

“All this helps move the needle,” Warren said.

What Is the ‘4th Side’? END_OF_DOCUMENT_TOKEN_TO_BE_REPLACED