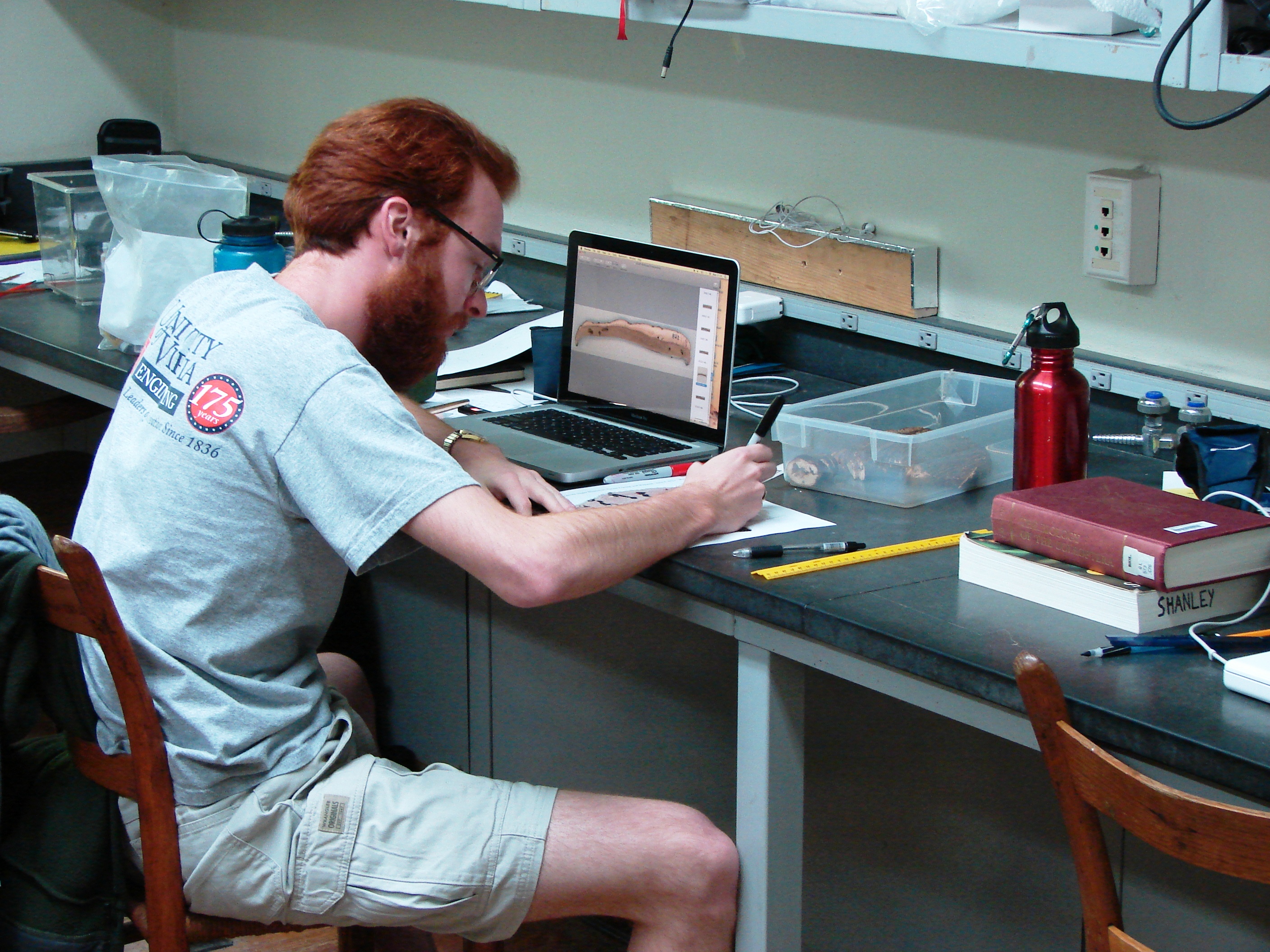 It is 8 p.m. on a Tuesday in June at the University of Virginia's Mountain Lake Biological Station and associate director Eric Nagy, a biology research assistant professor in the College of Arts & Sciences, is leading a class of undergraduate students who have come from around the country as budding researchers.

They are part of the National Science Foundation's Research Experiences for Undergraduates – or REU – program, and they will live at the Mountain Lake station for 10 weeks or more, conducting independent research under the mentorship of professors, graduate students and postdoctoral fellows.

"Your goal here is to make a new contribution to knowledge," Nagy says. "Science is an art, a creative endeavor, and you are being asked to climb out on a limb, develop new ideas, defend your stand, and be open to scrutiny."

Nagy is preparing the students for the day at the end of the session when they will present their research to the station community, much in the way that graduate students defend their dissertations.

The Mountain Lake REU program, now in its 20th year, has essentially credentialed more than 200 students, many of whom have gone on to graduate school and, often, to careers in academia. Some have come back to the Mountain Lake station as summer faculty.

"We are giving students who come here an opportunity to live and learn the life of a scientist," Nagy said.

Like professional scientists, the students design their studies, prepare proposals, collect data, perform analyses, and interpret and present their results. They also participate in weekly seminars where they learn about conducting biological research.

About 200 to 300 undergraduate students from institutions around the country apply each year for 10 to 12 slots. On average, one or two selectees are U.Va. students who already have some research or field experience.

REU students receive a $5,000 stipend, as well as room and board and funding for other expenses. They pay no tuition or fees.

In return they conduct research of their own design, under mentors with active research programs. At the end, they will make their presentations and write publication-quality papers (about one-third to one-half of these papers eventually are published in peer-reviewed journals).

"We are not holding hands here, but we are opening doors," Nagy said. "This is a pipeline into science."

The students often arrive a bit shy, he said, but within days they find their bearings and start thinking like scientists.

"They form cohesive groups, share ideas, and become friends in this intense but highly sociable community. By the time they leave, they are scientists," he said.

The station is located on a mountain in Giles County, about 30 minutes northwest of Blacksburg. In addition to state-of-the-art research facilities and field sites, it provides a close, informal collegial setting surrounded by a nearly pristine natural environment. Students eat meals with their professors and mentors and know them on a first-name basis.

They conduct studies in a range of fields – ecology, population biology, evolutionary genetics, behavior and the effects of climate on birds, mammals, insects, amphibians, fish, herbs and trees.

One such U.Va. biology student, Kaitlin Alford, a rising fourth-year from Roanoke, is participating in a long-term study of juncos, a common songbird. The study is answering questions about how hormones influence behavior and affect evolution. Alford's self-designed project is examining how scent affects mate selection, which is a driver of natural selection and evolutionary change.

"Being an REU is a great opportunity to work among some of the brightest minds in the field," she said. "I've found that scientists are really interesting and cool people, and I like the relaxed, personal one-on-one relationships we have."

"I'd like to do research my whole life," he said.

This summer he is investigating cannibalism among the larvae of forked fungus beetles. This, too, plays a role in evolution by natural selection.

The REU program at Mountain Lake Biological Station was begun in 1993 – one of the longest running REU programs in the country – and is currently in the middle of a five-year renewable grant.

"I think our success in keeping this going is that we've been able to prove to NSF that we are successfully training young scientists who ultimately go on to graduate school and become professional scientists," Nagy said. "We've got them all over the country."

In Memoriam: Life of Drama Professor To Be Honored Sunday END_OF_DOCUMENT_TOKEN_TO_BE_REPLACED