For decades, conservation-minded homeowners have invested in programmable thermostats, which typically come with thick manuals showing how to use a dizzying array of buttons and settings aimed at saving money on heating and cooling each month.

Many modern homeowners are choosing automated thermostats that purport to learn their temperature preferences and activities, then automatically control heat and air conditioning accordingly. 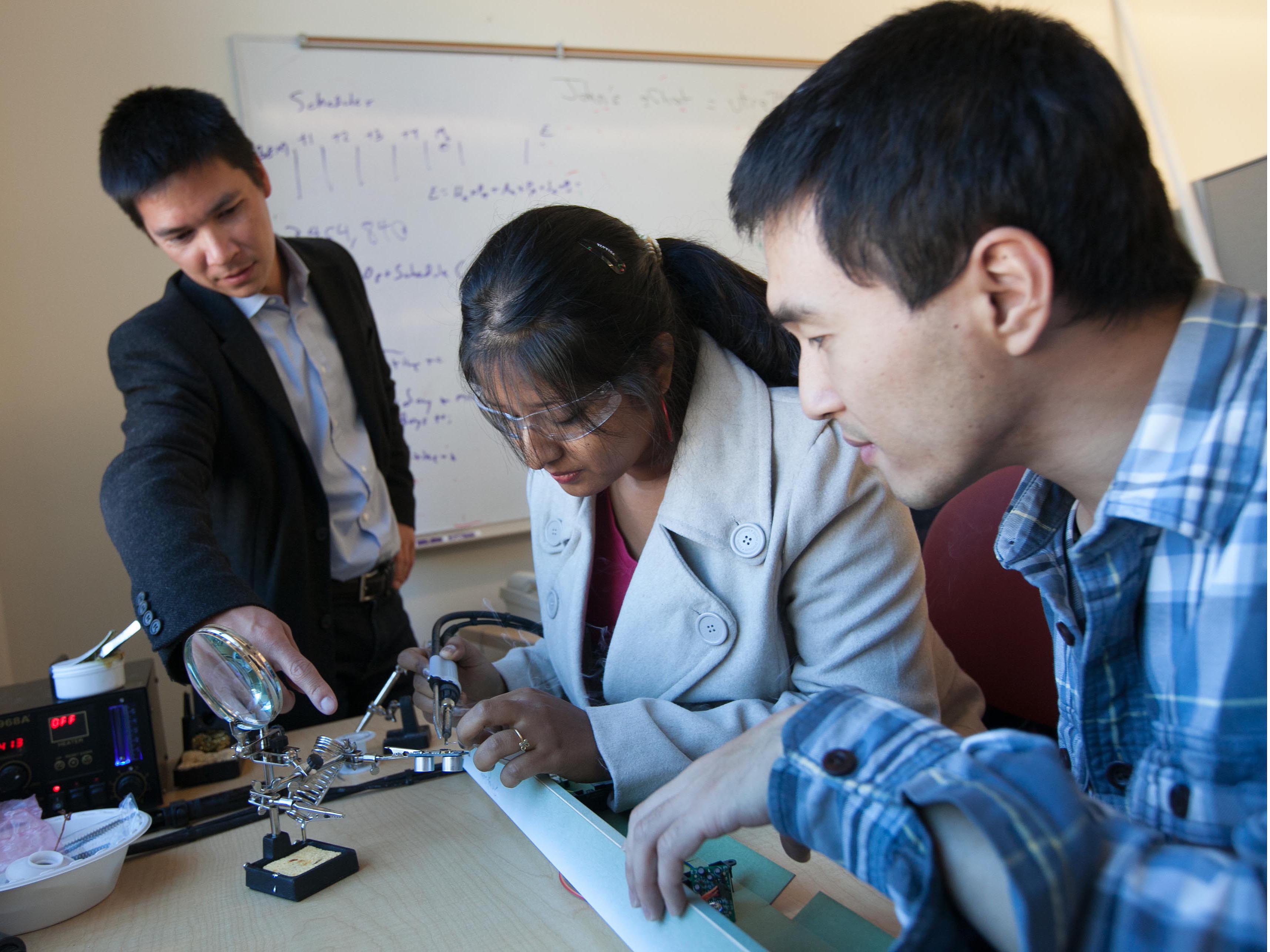 Researchers from the University of Virginia and the University of Michigan have developed a system that could lead to the next generation of home thermostats – devices that actually teach people how to be smarter about energy consumption. The team, led by Kamin Whitehouse, Commonwealth Associate Professor of Computer Science in the UVA School of Engineering and Applied Science, is presenting its research for an international audience Thursday at the Association for Computing Machinery’s BuildSys conference in Seoul, South Korea.

The system Whitehouse and his team developed is called “ThermoCoach” and it works like this: Sensors, such as motion and Bluetooth sensors, monitor the occupancy patterns of the people in the home and then provide the homeowner with suggestions about optimal heating and cooling schedules based on what the sensors record.

The suggestions come in the form of e-mails from ThermoCoach suggesting a range of actions the homeowner can take, from small adjustments to the thermostat for modest savings to more drastic adjustments for larger savings. 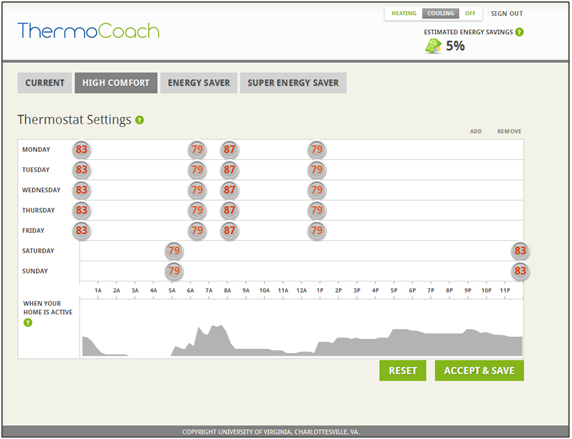 The key to ThermoCoach is that the homeowner then decides whether and how to act on the information, which means he or she retains all control and responsibility for energy conservation. ThermoCoach never controls the heating or cooling on its own.

A study involving 40 homes in the Charlottesville area was conducted in partnership with Trane, a national manufacturer of heating and cooling equipment. Homes using ThermoCoach were compared with homes where people manually programmed their thermostats and also homes where thermostats were fully automated.

Every bit of conservation counts in a society where thermostats control almost 10 percent of the total energy supply. “It’s a huge issue,” Whitehouse said.

“In some ways, autonomous systems can actually be detrimental. They can add complexity to our lives instead of simplifying them.” - Kamin Whitehouse

Earlier research by Whitehouse’s collaborator, Mark Newman, associate professor at the University of Michigan, found that consumers may be tempted to cede all control to the devices. This removes the sense of responsibility for monitoring the systems to ensure that they are, indeed, providing promised energy savings. "Engaging the user and returning that sense of responsibility is one of the key principles behind the ThermoCoach design," Newman said.

“The way autonomous systems interact with humans is very complex, and we don’t fully understand that relationship yet,” Whitehouse said. “In some ways, autonomous systems can actually be detrimental. They can add complexity to our lives instead of simplifying them.”

This intersection of automation and human factors is part of what the Engineering School will explore with its new cyber-physical systems initiative. Whitehouse is leading a team that is conducting an international search for eight new faculty members and at least 12 graduate students to join more than a dozen UVA researchers already making strides in the field of cyber-physical systems.

Smart home and smart building technology, such as the ThermoCoach system Whitehouse has developed, will continue to be an important part of the initiative.

ThermoCoach combines ease of use with the element of human control, Whitehouse said, and participants of the initial study responded well. Now, Whitehouse and his team are planning for a longer study that will cover multiple seasons and allow the team to observe human reactions to ThermoCoach over a longer period of time.

The technology in ThermoCoach could be adapted to other applications of energy conservation, such as lighting.

“We hope to see this technology actually being used in thermostats sometime soon,” Whitehouse said.

Do You Know the History of Your Favorite Corner Spots? END_OF_DOCUMENT_TOKEN_TO_BE_REPLACED

Netflix to Add Ads. Why This Could Be a ‘Game-Changer’ for Your Viewing Experience END_OF_DOCUMENT_TOKEN_TO_BE_REPLACED

What’s Next for UVA’s Class of 2022? END_OF_DOCUMENT_TOKEN_TO_BE_REPLACED