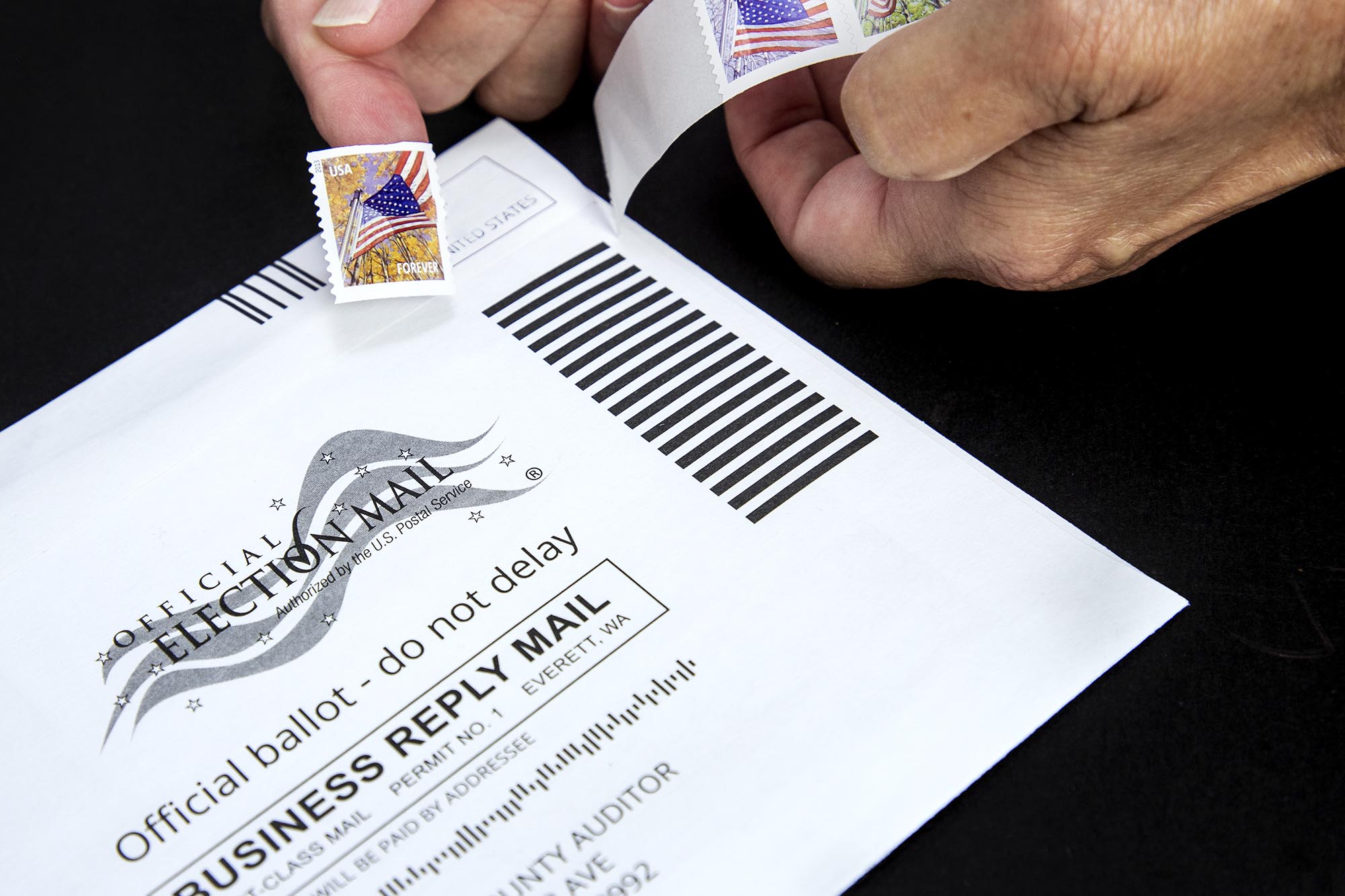 With the looming election, mail-in balloting has sparked an animated debate; advocates say that it would limit the spread of coronavirus in polling places during the time of COVID-19, while opponents say voting by mail could be susceptible to fraud and skew the vote toward Democrats.

John Holbein, an assistant professor of public policy at the University of Virginia’s Frank Batten School of Leadership and Public Policy, along with research colleague Michael Barber, a political scientist at Brigham Young University, recently published a paper in the journal Science Advances that determined that mail-in-balloting does not skew political races.

With courtesy appointments in the Curry School of Education and Human Development and the Woodrow Wilson Department of Politics, Holbein studies political participation, political inequality, democratic accountability, political representation and education policy. His work has been supported by the National Science Foundation, and his book, “Making Young Voters: Converting Civic Attitudes Into Civic Action,” explores ways to increase perpetually low rates of voter participation among the young.

UVA Today asked Holbein about his research on mail-in balloting.

Q. Please explain your research and findings. What does this mean?

A. In our paper we explore the effect of vote-by-mail on who wins elections. We collected historical data on places that have experimented with all-mail voting in recent years. These places are as politically diverse as Utah, which leans conservative, and Washington state, which leans liberal. We paired that information with data on elections at both the state and federal level over the past 30 years, along with 40 million voting records from citizens in Washington and Utah. With this data, we looked to see whether elections swung to one party or the other after all-mail elections were put in place.

We found no evidence that all-mail voting has advantaged Democrats in the past. Mail-in voting increases turnout modestly – by about one to three percentage points in most elections. However, this increase in voter turnout does not benefit either political party. All-mail elections pull in an equal number of Republicans and Democrats. This is true regardless of whether we look at state or federal elections, or whether we look in conservative- or liberal-leaning states.

Q. Why did you undertake this research?

A. We were motivated to study this issue by President Donald Trump’s position on all-mail elections during the COVID-19 pandemic. In recent weeks, President Trump and his allies have repeatedly and relentlessly attacked voting-by-mail. These attacks have been launched despite voting-by-mail being a much safer way to cast a ballot during the current pandemic.

The president recently went so far as to claim that if the U.S. adopted all-mail voting, “You’d never have a Republican elected in this country again.” As political scientists, we believe that it’s vitally important to rely on rigorous evidence to test these claims, rather than knee-jerk reactions about who is likely to vote by mail. 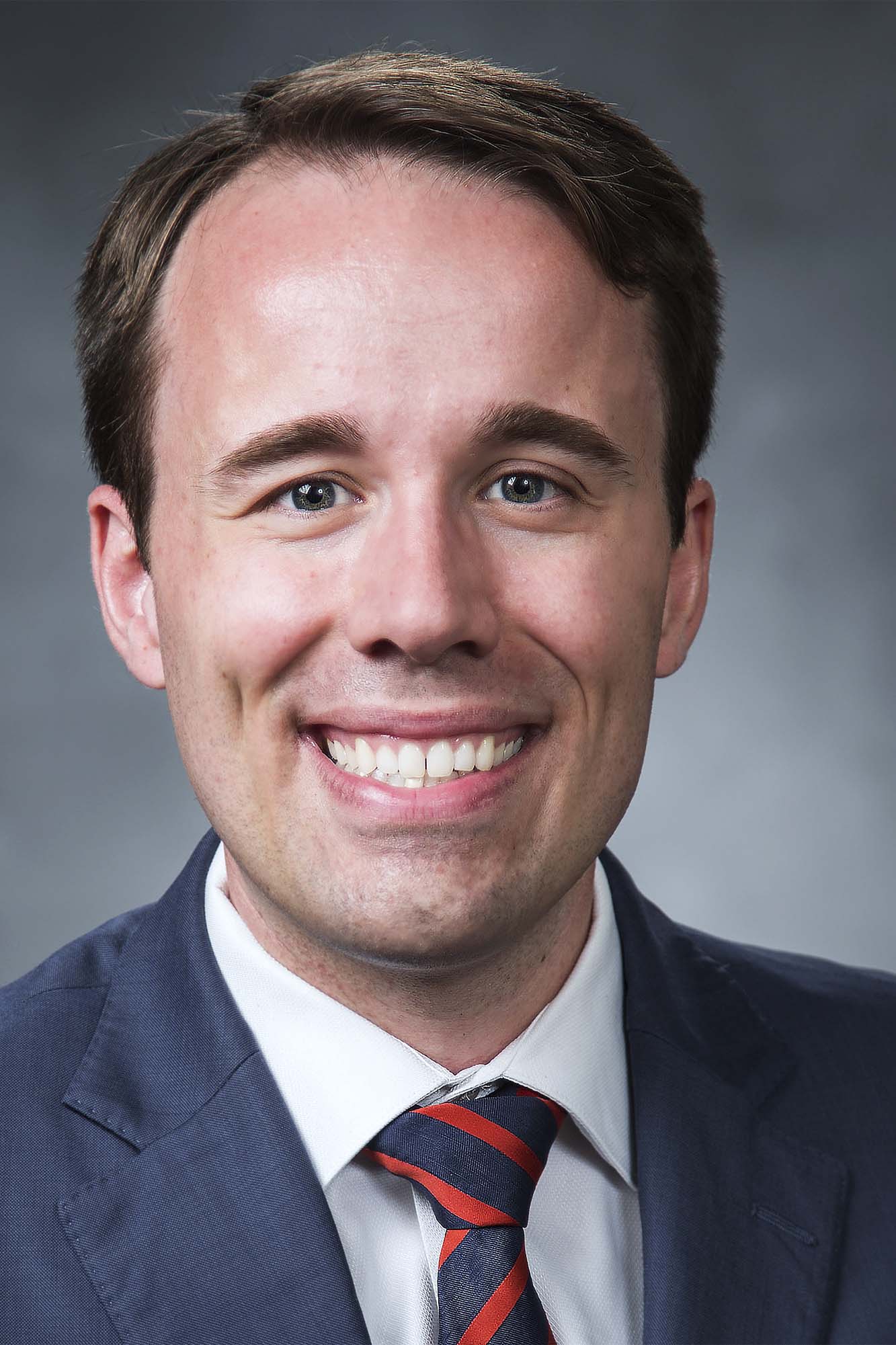 John Holbein, of the Frank Batten School of Leadership and Public Policy, has examined mail-in balloting, saying the experience “reinforced to me the value of engaging in policy-relevant, timely research.” (Contributed photo)

Q. What distinction did you make between vote-by-mail and absentee ballots?

A. Our paper explores the effect of all-mail or mandatory vote-by-mail. The current debate about mail voting revolves around whether states should mail a ballot to all citizens and whether they should have in-person options for voting.

Absentee voting, of some form or another, is widely available in the United States. The innovation is that, in recent years, places such as Utah, Washington, California and Nebraska have moved toward elections being held all by mail. Our paper compares the effects of all-mail elections relative to other, less invasive forms of absentee voting.

Q. What security features did you include in your calculations?

A. We use a difference-in-differences design to test the effect of all-mail elections on voter turnout and election outcomes. This is a quasi-experimental method for estimating the causal effect of public policies.

We use multiple datasets in testing the effects of vote-by-mail. One of them uses 30-plus years of historical elections data from the United States and the other includes 40 million-plus individual voter records from Utah and Washington (two states that have adopted all-mail elections in recent years). The second dataset allowed us to look at whether individuals are more likely to vote in all-mail elections, accounting for the fact of whether they have been an active voter or not in previous elections.

This is an especially strong research design. All of our analyses point in the same direction – all-mail elections have no effect on who wins elections.

Q. Does your research factor in if an element of fraud exists in mail-in ballots?

A. Our work doesn’t directly address whether vote-by-mail increases voter fraud. Previous research has suggested that the amount of detectable fraud in mail-in voting is small. However, what our work shows us is even if there is undetected fraud, that possible fraud does not have any effect whatsoever on election outcomes.

Q. What is next in your research?

A. We’re really curious about whether voting-by-mail helps certain underrepresented groups vote in elections. In this paper, we showed that vote-by-mail increases overall turnout and doesn’t advantage one political party over the other. However, we haven’t explored whether vote-by-mail helps individuals who are unlikely to vote to do so. We’re very curious about whether voting-by-mail helps minorities, older individuals and those of low socioeconomic status participate in the foundational act of democracy – casting a ballot.

Q. What did you learn in this that surprised you?

A. I won’t speak for my coauthor, but I wasn’t that surprised that all-mail elections don’t advantage one political party over the other. There are plenty of Republicans and Democrats who don’t cast a ballot. I think a lot of policymakers and members of the public think that if you make voting easier, only more Democrats will vote. That’s simply not the case.

Q. What did you learn about yourself while doing this work?

A. Many academics are reticent to wade into timely policy debates. Academic research often moves much too slowly to influence the fast-paced policy environment. However, this experience reinforced to me the value of engaging in policy-relevant, timely research. With all of the problems plaguing our country, it behooves us as scientists to speak up when we can to help improve our democracy and our society, more generally.

When Less Is More: How Harnessing the Power of Subtraction Can Add to Life END_OF_DOCUMENT_TOKEN_TO_BE_REPLACED