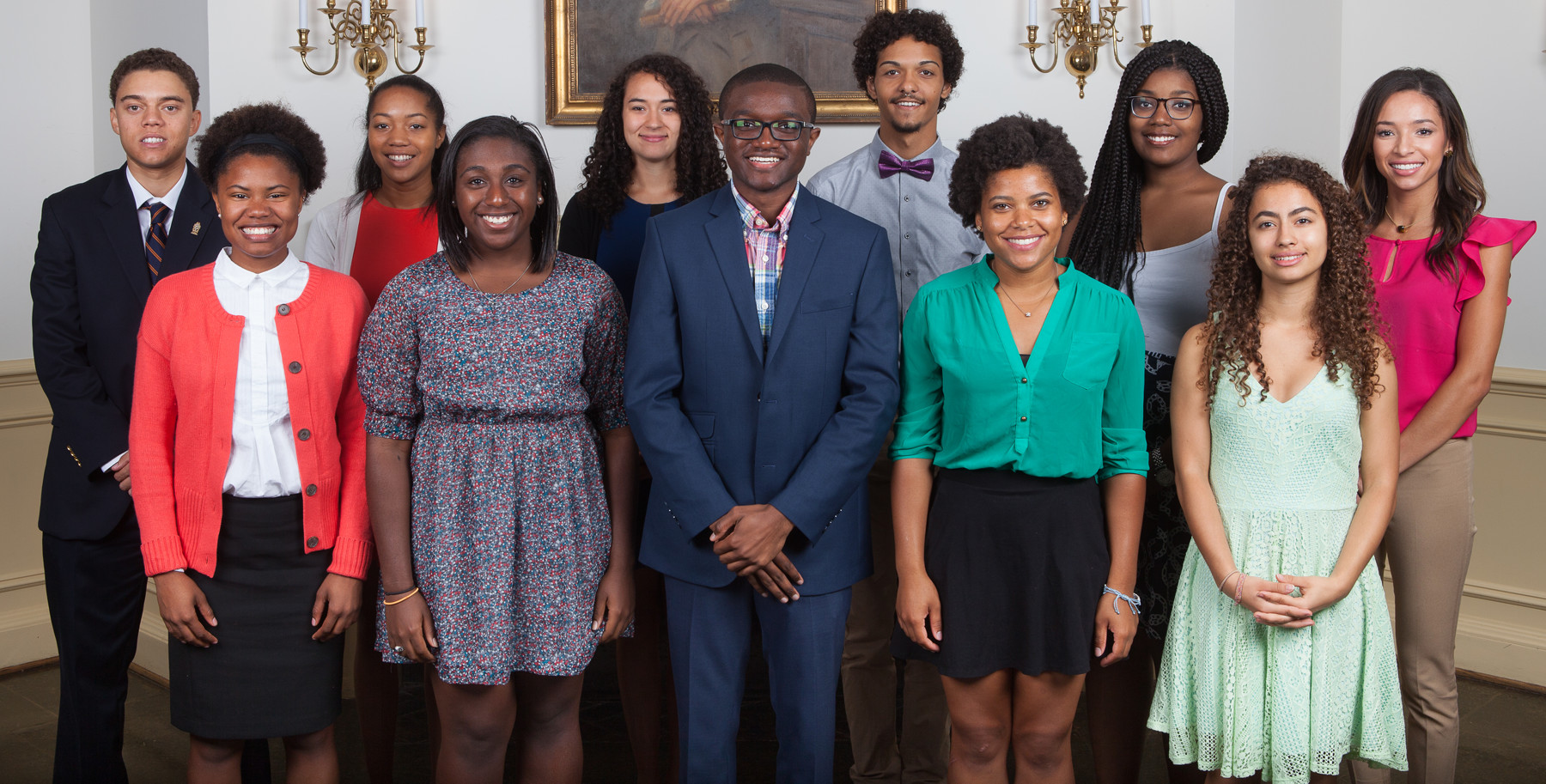 Most scholarship funds are launched with a single large donation. While they may attract additional donors over time, they usually originate with one generous contributor.

The Walter N. Ridley Scholarship Fund at the University of Virginia is an exception.

“With Ridley, I think more people feel compelled to do what they can, as opposed to thinking that they shouldn’t give anything just because they can’t give $1 million in one fell swoop,” the fund’s director of development, Matthew Brandon, said. “People who are the primary donors know that even small gifts make an impact on Ridley and on high-merit students at UVA.”

The Ridley Scholarship was born out of the University of Virginia’s first biennial Black Alumni Weekend in 1987 and is administered through the UVA Alumni Association. Since its inception, the fund has always relied on a strong sense of community and the collective efforts of many donors to keep it going.

It was created in honor of Walter N. Ridley, the first black graduate of the University and the first black person to receive an academic doctoral degree from a traditionally white, Southern college or university. Today, the Ridley Scholarship Fund represents a family of scholarships that are all awarded to meritorious African-American students.

“We make sure that each scholar meets our three pillars – learning, legacy and leadership,” Doug Smith, vice-chair of the Ridley Board of Directors, said. “Academic excellence is our top priority. The second pillar requires that they’ve served their community in a way that leaves a legacy in the place they came from. For leadership, we’re looking at what they’ve done in high school that shows us that they’re going to have an impact on UVA when they get here.”

The Ridley family of funds includes scholarships awarded specifically to in-state and out-of-state students, as well as regional scholarships like the Richmond Ridley Clarence Cain Endowed Fund, which awards $12,500 annually to an exceptional African-American student from the Richmond area.

“Students don’t apply for the scholarships,” Brandon said. “The Office of Admission has the very best overview of all prospective students and works with the Scholarship Committee of the Ridley Board in order to help identify the most meritorious candidates for Ridley to select their scholars.”

Every spring, prospective Ridley Scholars are invited to UVA to interview with the scholarship’s board and spend a weekend getting to know their potential peers.

“It’s always fantastic to see where that weekend goes,” fourth-year Ridley-Reid Scholar Ravynn Stringfield said. “It’s great to be given the opportunity to work with creative, driven and truly gifted black students.”

Stringfield, a French and comparative literature major in the College of Arts & Sciences, helps organize the Ridley weekend as a logistical intern for the scholarship fund. She said each Ridley weekend forms a new mini-community of scholars who often remain close friends and support one another throughout their University careers.

“My interview group was the first group that I really interacted with when I got to Grounds,” second-year Ridley Scholar Tyler Ambrose said. “It was definitely very nice to have people you already knew coming into school. Now those individuals are some of my closest friends.”

In addition to the support they get from their peers, Ridley’s network of alumni and board members offer the scholars everything from networking advice to in-person support for their work on Grounds.

For one scholar from Wichita, Kansas, that in-person support meant a lot this year. Second-year Micah Watson is double-majoring in drama and American studies, and spent the better part of her semester casting, directing and overseeing the writing of “Black Monologues,” a performance that highlighted the experiences of African-American students at UVA and beyond. It was so popular that it was brought back to the Helms Theater for three encore performances.

“Some Ridley members came to Charlottesville just for the show,” Watson said. “Just having them there was very important to me. I remember one member, Richelle Cross, said she wanted to make sure she saw my show because she knew I was from Kansas and it would be difficult for my family to come see it. Having that little community aspect at the performance felt very good.”

Another Ridley board member who attended the show, Ashanté Smith, said such opportunities are among the main reasons she became involved with the fund.

“I wanted to get involved, first and foremost, as a way to give back to the University,” said Smith. “While I was a student on Grounds, I knew a number of Ridley Scholars and saw how strongly the fund contributed to their time here and impacted the paths they chose.”

Since it first launched in the 1980s, the fund has seen tremendous growth, both in dollars raised and scholarships offered. The endowment first eclipsed the $1 million mark in 2001, and since then has grown to almost $11 million. After originating as a single book scholarship, the fund now offers 12 large awards and scholarships.

“Our goal is to raise enough money to eventually provide full scholarships, similar to the Jefferson Scholarship,” Smith said.

The board plans a big fundraising push over the next decade, and hopes to see a major increase in members and donations as the fund celebrates its 30th anniversary in 2017. Right now, six new scholarships are in development.

“I don’t want money to ever be the barrier,” Smith said. “I want kids to be able to consider coming to UVA free of any monetary concerns. For me, joining Ridley was the best way I could give back and make sure that happens.”