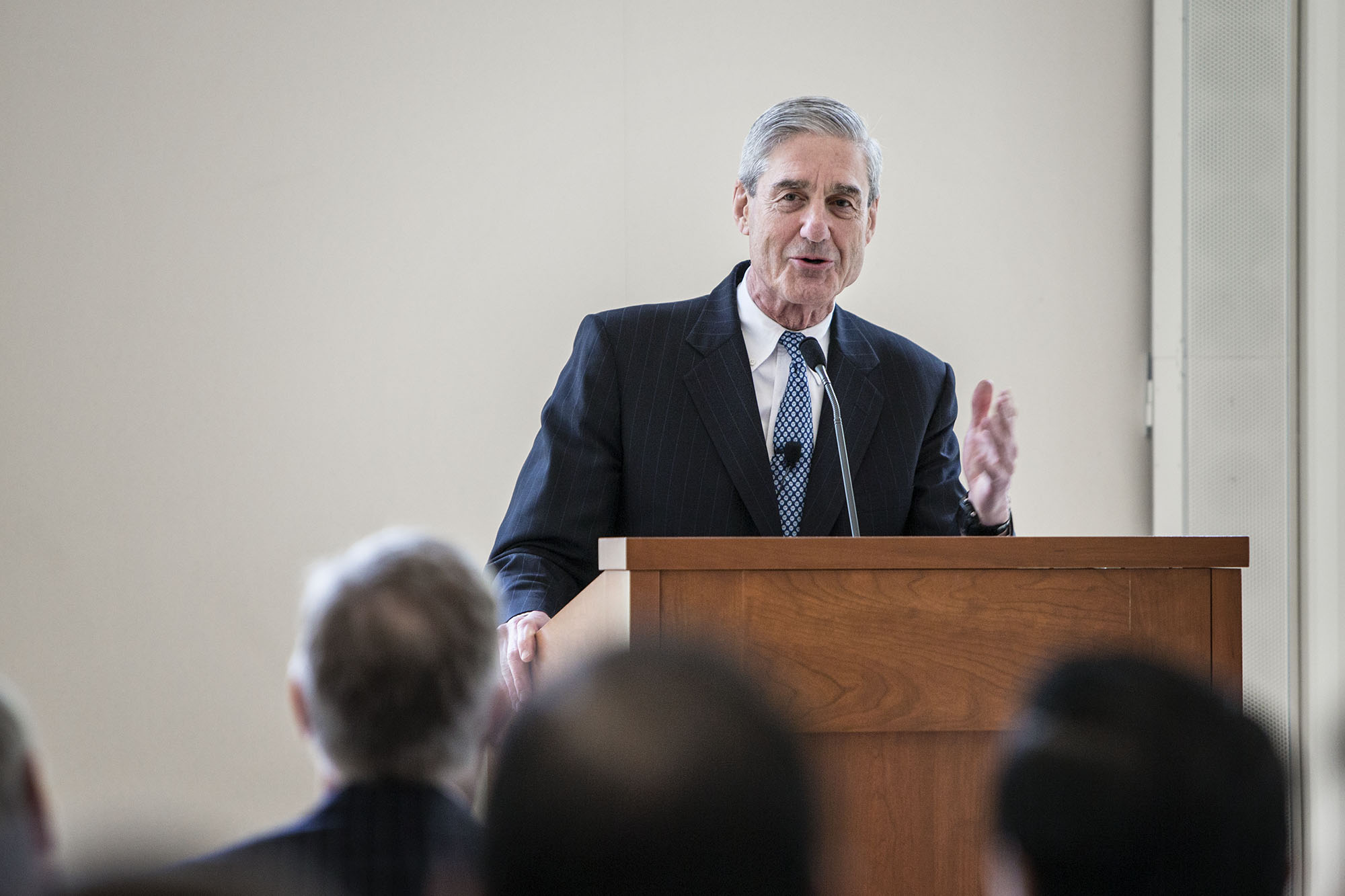 Taught by fellow UVA Law alumnus Aaron Zebley and two other former senior members of Mueller’s team, the course will offer an inside look at the role of special counsel.

Launched in 2017 and culminating with the Mueller report in 2019, the investigation looked into possible Russian interference with the 2016 presidential campaign and whether associates of the president were involved.

The short course, “The Mueller Report and the Role of the Special Counsel,” is sponsored by the school’s Karsh Center for Law and Democracy and will be offered in person through six sessions during the fall semester. Mueller said he hopes to bring in other top prosecutors involved in the investigation as guest speakers as well.

Mueller and Zebley will be participating as Karsh Center Distinguished Fellows.

“I was fortunate to attend UVA Law School after the Marine Corps, and I’m fortunate to be returning there now,” Mueller said. “I look forward to engaging with the students this fall.”

The course will focus on a key set of decisions made during the special counsel’s investigation. Instructors will talk about the legal and practical context for those decisions in a discussion format, and walk through the challenges and trade-offs they faced when making decisions in a high-profile investigation.

The course will start chronologically with the launch of the investigation, including Mueller’s appointment as special counsel. Other sessions will focus on navigating the relationship with the Justice Department and Congress, investigative actions relating to the White House and the importance of the Roger Stone prosecution. Stone, an associate of Trump’s, was convicted of obstructing a congressional investigation; Trump later commuted his sentence. The final sessions of the course will focus on obstruction of justice, presidential accountability and the role of special counsel in that accountability.

Zebley said the instructors will use the extensive public record to explore why some paths were taken and not others.

After the investigation ended, Mueller, Zebley and Quarles returned to their roles as partners at WilmerHale in Washington, D.C., while Goldstein joined Cooley in D.C., where he is the head of the white-collar defense and investigations practice. All former prosecutors, the team said they are looking forward to sharing their experiences with current students.

Mueller, who continues to hold the distinction of longest-serving director of the FBI since J. Edgar Hoover, also served as assistant attorney general in charge of the DOJ’s Criminal Division, where he oversaw prosecutions that included the convictions of Manuel Noriega and John Gotti, and the Lockerbie Pan Am Flight 103 bombing case. Mueller received the Thomas Jefferson Foundation Medal in Law in 2013; bestowed jointly by UVA and the Thomas Jefferson Foundation, the Jefferson medals are UVA’s highest external honor.

Zebley has served as chief of staff of the FBI, and is a former federal prosecutor with more than 18 years of experience with the Justice Department.

Quarles, a litigator who previously was managing partner of Hale and Dorr’s Washington office, also served as an assistant special prosecutor on the Watergate Special Prosecution Force from 1973 to 1975.

Goldstein is a former federal prosecutor who served as the chief of the Public Corruption Unit in the Southern District of New York. He led the prosecution of international bank BNP Paribas for sanctions violations, which resulted in conviction and a record $8.9 billion criminal forfeiture.

Class of 2020: Memories and Moments From a Long-Anticipated Celebration END_OF_DOCUMENT_TOKEN_TO_BE_REPLACED