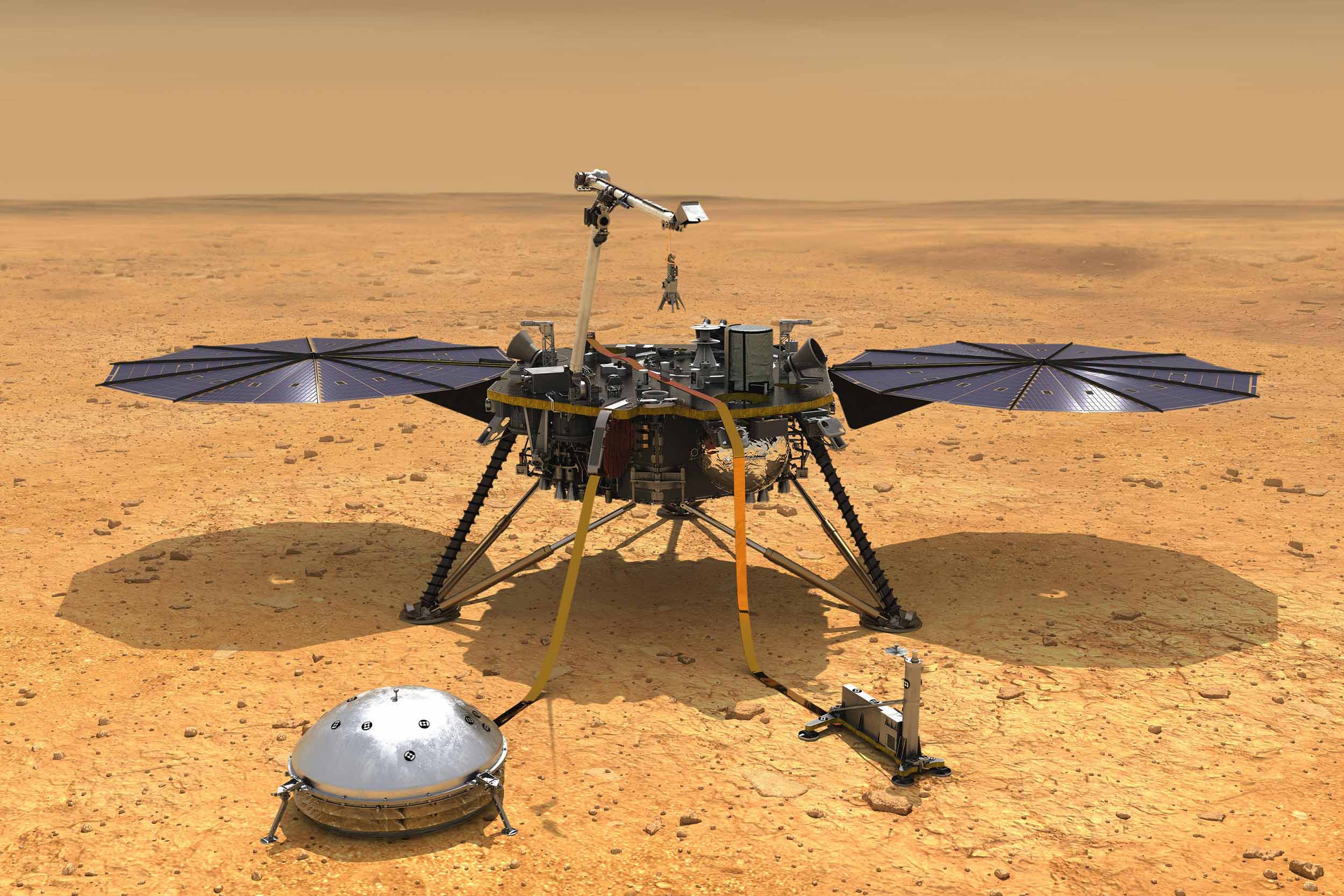 To find out more about the probe, its mission, and what we learned from it, UVA Today sat down with Ajay B. Limaye, an assistant professor in the University of Virginia’s Department of Environmental Sciences who studies landscape evolution on Earth and beyond. Limaye started exploring other planets as an intern with geologist Ken Tanaka and colleagues at the U.S. Geological Survey, where he made a map of rock outcrops for potential robotic exploration, using thousands of images from the Mars Odyssey and Mars Reconnaissance Orbiter spacecraft. 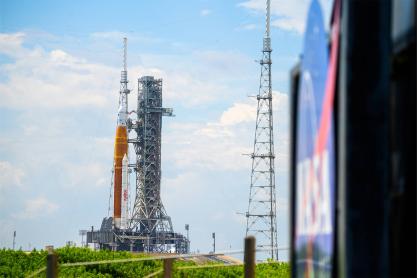 Astronomer: Moon Mission Can Reignite Interest in Space and Science

Q. What was the InSight mission, when was it launched and what was it supposed to do?

A. InSight is a robot sent to explore Mars. Unlike a rover that drives around, InSight is a lander that stays in one place. NASA, working with partners in Europe, developed InSight and launched it in May 2018. InSight arrived at Mars six months later, in November 2018, and landed at Elysium Planitia, a broad plain near the Martian equator.

Also unlike a rover, which focuses on exploring the geology near the surface, InSight had a different goal: to better understand the interior of Mars. That’s because InSight was equipped with specialized tools that allow scientists to “look under the hood” of the planet.

For example, much of what we know about the structure of the Earth deep beneath our feet comes from seismometers, the instruments that measure earthquakes. That’s because the same seismic waves that cause shaking in an earthquake can travel deep inside Earth’s interior and give clues to the structure of the planet itself. So InSight was designed to use a seismometer and other time-tested tools, including probes to measure magnetic signals and heat flux from the interior, to study a different planet.

Q. How many years did it send back data?

A. Just over four Earth years. InSight landed on Mars on Nov. 26, 2018, and NASA announced that it had lost the signal from the lander on Dec. 21, 2022. The lander had been progressively losing power as dust covered its solar panels.

Q. What did scientists learn about Mars from the mission?

A. Earthquakes regularly occur on Mars. InSight detected more than 1,300 earthquakes, and dozens of them were interpreted to result from movement of molten rock in the subsurface.

InSight also detected tremors caused by a meteoroid impact, the aftermath of which was then documented with satellite images. The impact excavated a small crater which revealed water ice near the surface, closer to the equator than had ever been detected. The ice was detected using color images from satellite. There are some subtle differences in the chemistry, but at first blush, it’s the same as water ice on Earth. But the biggest takeaway for scientists was actually not the earthquakes themselves, but what they reveal about the internal structure of the planet, including the thicknesses of the crust, mantle and core.

InSight wasn’t just looking down at the planet’s interior, but also up at the atmosphere, recording the most detailed weather data gathered from the ground for a full Mars year. As a secondary part of the science mission, InSight operated as a local weather station and recorded wind direction and speed, air temperature and pressure over a full year. NASA even made a nice dashboard that shows information not unlike what you would see in a TV weather forecast. There had never been this amount of data from the ground on Mars, so it will inform all kinds of studies of the atmosphere.

Q. Does this change and/or affirm what scientists thought they knew about the planet?

A. We had limited prior information about the Martian interior and especially the core. One line of thought held that the core had cooled and solidified in the distant past. Instead, the data from InSight suggest that the core is mostly liquid and is also less dense and larger than expected – 1,800 kilometers in radius, which is just over halfway out from the center of the planet. The similarities and differences between Mars, Earth and the other rocky bodies of the inner solar system all give us clues to how planets form and evolve.

We also tend to think of Mars as geologically dormant, and in some important ways it is. Yet InSight provided a fresh reminder that there are still interesting and active geologic processes happening on the planet.

Q. How does the Martian core compare with Earth’s core?

A. The overall picture is the same – both cores are primarily composed of metal, such as iron and nickel – but based on the data from InSight, the core of Mars is mostly or entirely liquid, whereas Earth has both a substantial, solid inner core and a liquid outer core. The InSight data also suggest that the core on Mars is less dense than expected and may therefore contain a greater proportion of lighter elements, such as silicon, carbon, oxygen, nitrogen or hydrogen.

Q. Does this help or hinder a manned mission to Mars in the near future?

A. The new observations of water ice may be the most directly related to future human exploration. Beyond its essential role for drinking and growing food, water might even be used to propel future spacecraft.

The extensive weather data gathered by InSight would also improve weather forecasts for future astronauts. The probe for heat flux, nicknamed the “mole,” was not able to dig into the subsurface as expected – a disappointment in the short term, but one that could have helpful lessons for engineers and astronauts in the future.

I also think InSight is a tremendous illustration of how much we can learn about a planet through the senses of robots alone. That’s an important consideration as sending humans into space, while inspiring, is also much more expensive, risky and technologically challenging.

Q. What was revealed that surprised you or other researchers?

A. I am amazed at how much InSight revealed about Mars with only one seismometer. On Earth, seismometers are usually deployed in arrays, and our picture of the planet’s interior has accumulated over decades from many observations from different parts of the planet. The creativity the InSight team used to get so much cool science out of one lander is truly inspiring.