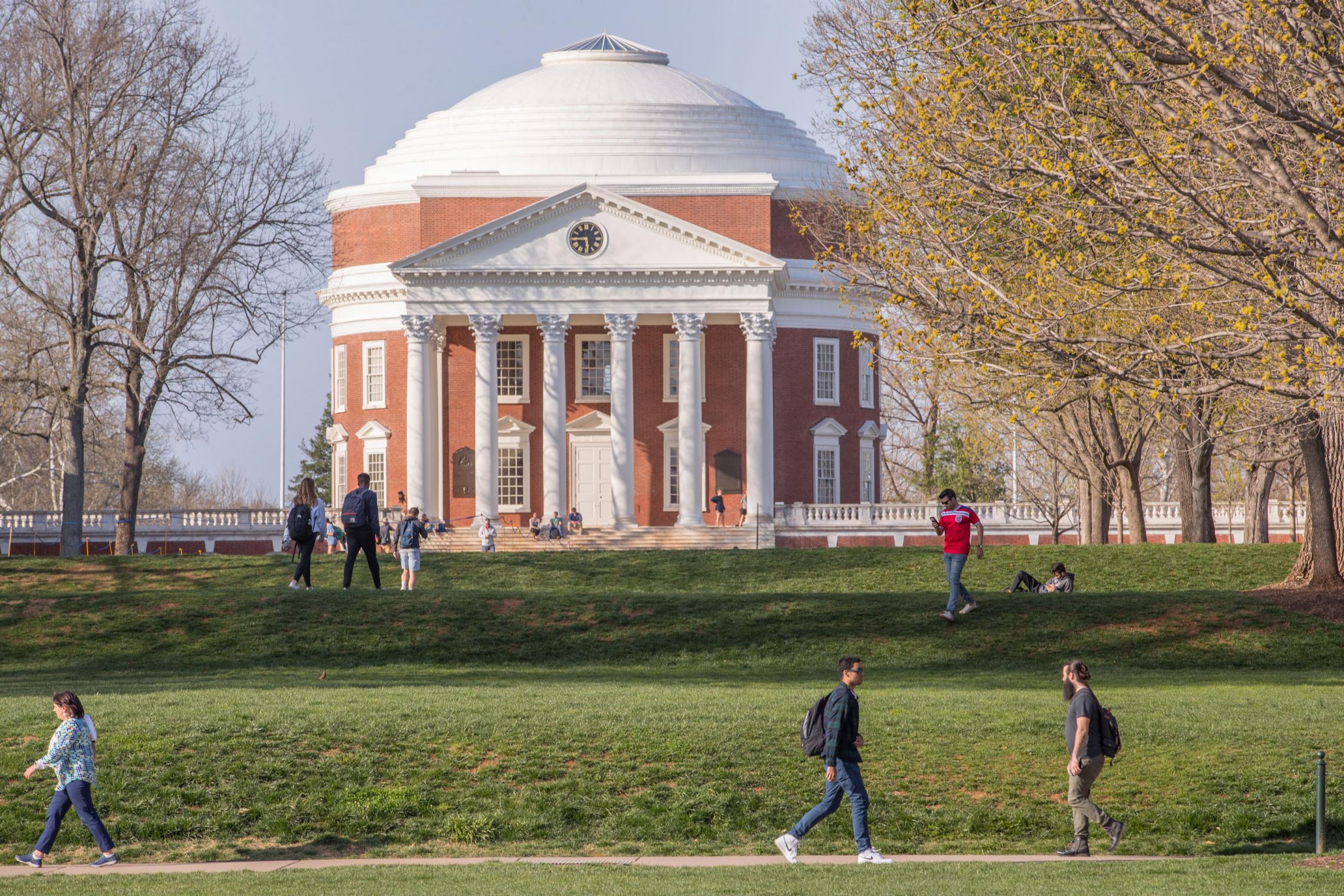 Two graduates of the University of Virginia have been selected as Rotary International Scholars.

Lauren Bredar of Denver, who graduated in May with a double major in English and global development studies, and a minor in French; and Katherine Pardo of McLean, a human biology major who graduated in 2018, both plan to continue their studies in the United Kingdom.

Bredar will pursue a master’s degree in gender, violence and conflict from the University of Sussex in Brighton, and Pardo will pursue a Master of Philosophy degree in biological science (genetics) at the University of Cambridge in Cambridgeshire. Both scholars intend to pursue medical degrees following their master’s programs in the United Kingdom.

With support from the three Rotary Clubs in the Charlottesville-Albemarle area, Rotary Global Grant Scholarships are offered through Rotary District 7610, representing 56 different Rotary Clubs in Virginia. Scholarships are intended to support recent college graduates and young professionals as emerging leaders to pursue graduate study outside the United States in one of the six areas of focus of Rotary International: peace and conflict resolution; disease prevention and treatment; water and sanitation; maternal and child health; basic education and literacy; and economic and community development. The scholarships are valued at $40,000 each.

“Ms. Bredar and Ms. Pardo are phenomenal examples of UVA graduates who are fully committed to developing a scientific understanding of complex phenomena in order to benefit people and communities around the world,” said Christopher L.W. Elliott, assistant dean of global affairs at the McIntire School of Commerce, director of McIntire’s Center for Global Commerce and chair of the Rotary Piedmont Council.

“Clearly, by electing to study gender-based/sexual violence and the genetics of cancer, they have chosen two uniquely devastating sources of human suffering. They will partner in their research with some of the very top scholars in their chosen fields,” Elliot said. 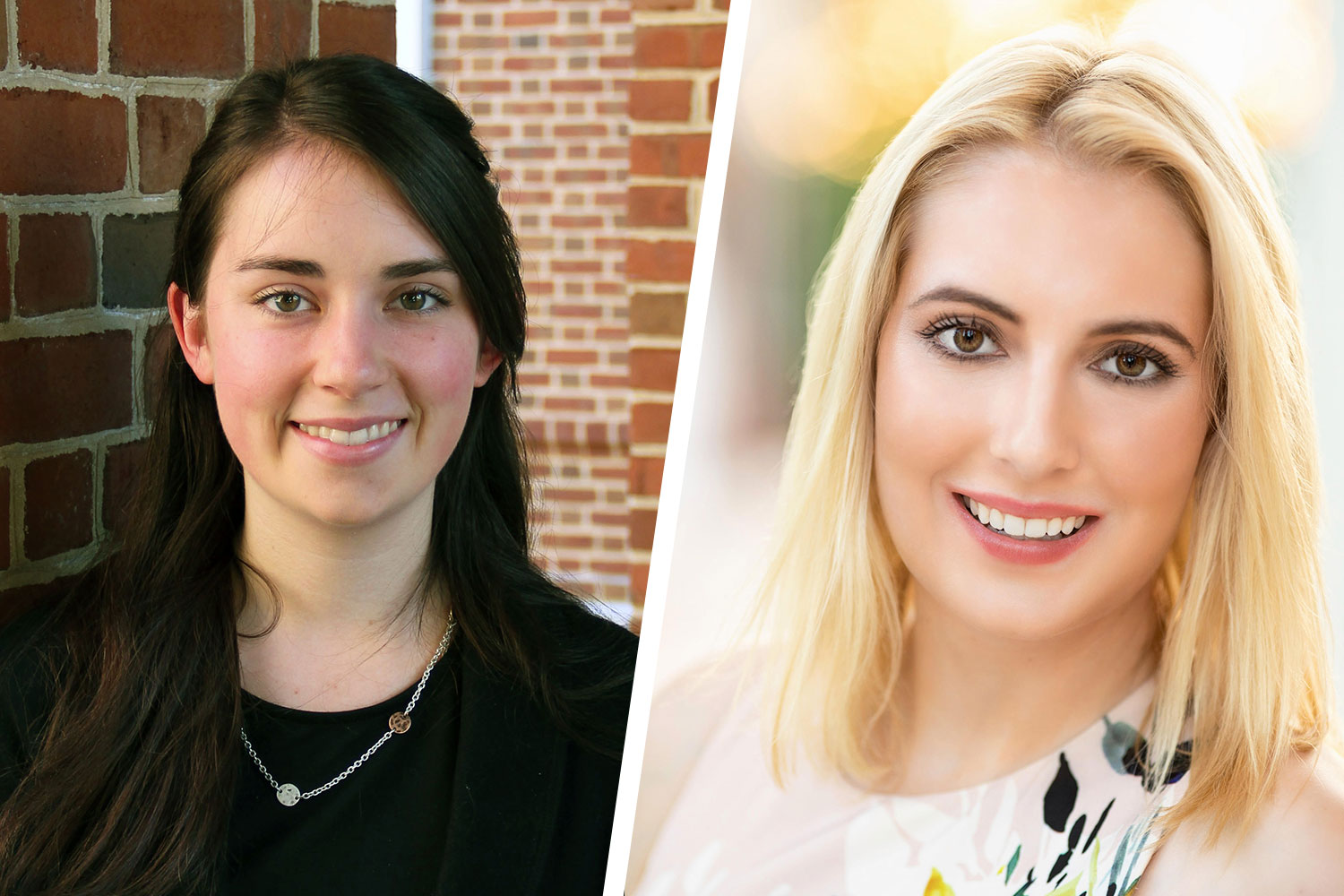 Bredar has been interested in learning about and combating sexual and gender-based violence for several years, but felt she needed more education before engaging with the issue appropriately. For her, the Rotary Scholarship is the next step in her career journey.

“My ultimate goal is to support women and girls who are survivors of sexual violence and take action to reduce the pervasiveness of sexual violence in the first place,” she said. “Becoming an obstetrician and gynecologist with a deeper understanding of gender and violence is how I hope to accomplish this goal.

“When I was 18, I read about 8-year-old girls forced into sex work in South Asia and  understood for the first time that slavery did not merely exist in the past and in the context of a deeply racist U.S. South. I was horrified. I knew then who I wanted to help and why. Now I want to continue my educational journey to learn how.”

While Bredar was considering ways of aiding young girls, she also became concerned about the impact of this work on foreign cultures. As a fourth-year student at UVA, she researched “volun-tourism,” which she defined as the combination of volunteering and tourism, or volunteering while traveling abroad, often to countries in the Global South.

“I was a voluntourist myself when I volunteered for several weeks at a school in India after high school, but then quickly learned that voluntourism is recognized by many as a form of modern-day colonialism predicated on power imbalances and endlessly perpetuating racial, national and cultural hierarchies,” she said.

Richard Handler, professor of anthropology and director of UVA’s Global Studies Program, described Bredar’s paper, “Short-Term Medical Trips Pertaining to Women’s Reproductive Health and the Politics of Distance,” as one of the best thesis papers he has read.

“Lauren wrote about the way student organizations and universities (including but not limited to UVA) write about volunteering abroad,” Handler said. “To her dismay, she realized that in the vast ‘discourse’ produced on the web about volunteering, there is almost no space available for the people among whom volunteers work to ‘talk back’ to the Western institutions and volunteers that had come among them. So volunteering becomes a shiny story about do-gooding students, reflecting credit on their institutions, but there is almost no data on the web that backs this up.”

“The discourse also talks about ‘empowering’ poor people in developing countries, but these web discourses do not empower these people by giving them a voice on their sites.”

Bredar interned for two years at the Maxine Platzer Lynn Women’s Center. As a third-year student, she interned on the women, girls, and global justice intern team. In her fourth year, Abigail L. Palko, director of the center, was her internship supervisor, professor and mentor.

“Lauren is fantastic,” Palko said. “In the classroom, she is always thoroughly prepared, and thoughtful about the ways that she engages her peers in conversation. She has insightful observations to add to class discussions, but never dominates the conversation. She evinces genuine interest in what her peers have to say.”

Palko said Bredar organized an event at the center where several fourth-year students gave 15-minute oral presentations on their theses. She also planned events around the center’s planned celebration next year of the centennial of women’s suffrage.

“She followed every lead thoroughly and demonstrated great interest and curiosity in the history of women studying at UVA,” Palko said. “She is serving as the student representative on our planning committee, and she is always consummately professional in her interactions with the other committee members.”

In UVA’s dance program, Bredar performed in five concerts and was a choreographer in two concerts over the course of four years. An Echols Scholar, she is a member of the Phi Beta Kappa Honor Society and the Raven Society. She received Intermediate Honors and a Wagenheim English Scholarship, and was a finalist for a Michel David-Weill Scholarship.

A graduate of Littleton (Colorado) High School, she is interested in learning more about the role doctors and medical professionals can and do play in the context of stopping sexual and gender-based violence.

In England, Pardo plans to conduct research with Sudhakaran Prabakaran in the Department of Genetics at the University of Cambridge. Pardo will work with populations afflicted with diseases that are not well-understood. She will look specifically to improve cutting-edge cancer treatments.

Wokring with Prabakaran, Pardo will re-evaluate genetic data from cancer patients, avoiding the generalizations that have led others astray when identifying cancer-causing mutations. “Disease prevention and treatment begins with understanding how those with disease differ from those without disease,” Pardo said. “By identifying the genetic abnormalities that cause cancer, I am beginning the process of treating patients whose condition is not compatible with current treatment mechanisms.”

Pardo is working now as a post-baccalaureate Intramural Research Training Award recipient at the National Institutes of Health with Dr. William Gahl and Dr. Thomas Markello in the undiagnosed diseases program.

Pardo has immersed herself in underserved communities that have experienced a lot of health challenges, in an effort to understand the motivations and passions of other people.

“Humans, with rare exceptions, share a mutual desire to feel connected to others,” she said. “I am motivated to spread knowledge on how to interpret every person’s genetic profile by cultivating a community that promotes acceptance of human beings with rare genetic conditions. Before one can make themselves vulnerable to others, they must accept that people may contain qualities outside of their definition of normalcy.”

While at UVA, Pardo was council chair and advising chair of the College Science Scholars; vice president and treasurer of Best Buddies, which matches UVA students in one-on-one friendships with adults with intellectual and developmental disabilities from the Charlottesville community; health education leader of Global Medical and Dental Brigades; a Lawn resident; and a member of Phi Beta Kappa National Honor Society, among other positions and honors.

She received a NIH Post-Baccalaureate Intramural Research Training Award and was an NIH summer intern in biomedical research in 2015, ’16 and ’17. A graduate of McLean High School, Pardo aspires to be a physician involved in clinical work and research.

UVA biology professor Claire Cronmiller first met Pardo when she was a first-year student in Cronmiller’s large genetics course, where she found Pardo one of the most actively engaged students she has ever taught. The two keep in touch regularly, often to share research experiences or for Pardo to report some new way in which her research has taken her back to consider concepts covered in that first genetics class.

“Kat is intense, in a good way, and extremely curious,” Cronmiller said. “She just seems to be naturally excited by science and discovery. I can’t predict specifically how Kat’s career plans will develop, but I’m virtually certain that they will include valuable biological/medical research in some way.

“Kat will not only make the most of the opportunity to study at Cambridge, but she will also be an excellent ambassador for UVA.”