Running During a Pandemic: Finding Strength, Solace and Staying Injury-Free 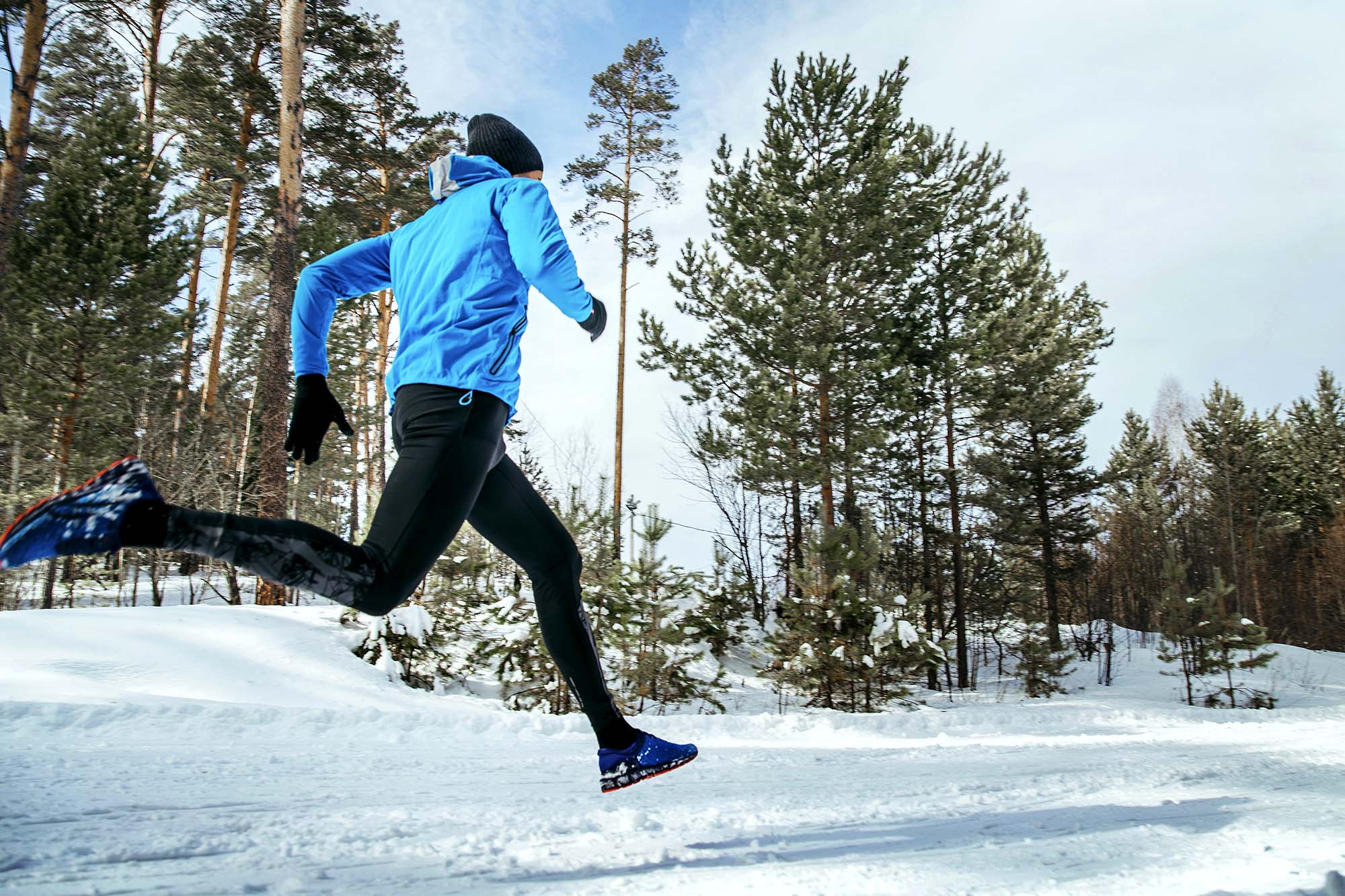 The past nine months have brought many changes to day-to-day life, including how we exercise. While the physical, mental and emotional benefits of physical fitness have been well-documented, finding the right options amidst a pandemic has sometimes proven challenging. With gyms and fitness centers closed entirely in the spring, and slowly reopening at reduced capacity throughout the summer and fall, many people have been reluctant to exercise in indoor spaces or in close proximity to others.

But one physical activity that many people have continued or even adopted during the pandemic? Running.

Alexandra DeJong, a graduate kinesiology student in the University of Virginia’s School of Education and Human Development, has been studying runners through wearable sensor research and data collection since 2017, as part of her work as a research assistant within the Exercise & Sport Injury Laboratory under the supervision of kinesiology faculty member and lab co-director Jay Hertel.

We talked to DeJong about what she’s learned through her studies, especially concerning injury prevention, what insights she has on how to benefit from this free form of exercise, and what other factors contribute to becoming a strong, injury-free runner.

Q. What are you currently studying?

A. Right now, we have several studies running. In one of our studies, we followed the UVA cross country team over a season and looked at the data of those who were injured versus those who were healthy – looking at telling data points leading up to injury that we could use in the future to prevent injury.

We are also conducting an intervention-based study where we assessed runners who have shin splints and from there, we determined what factors were present when runners were experiencing the related pain. We started to build a database of runners of different ability levels, using the wearables to measure runners in their daily running activities. We were specifically interested in runners with the most common injury, shin splints. We started this study three years ago with 160 runners and about 2 million steps worth of data. 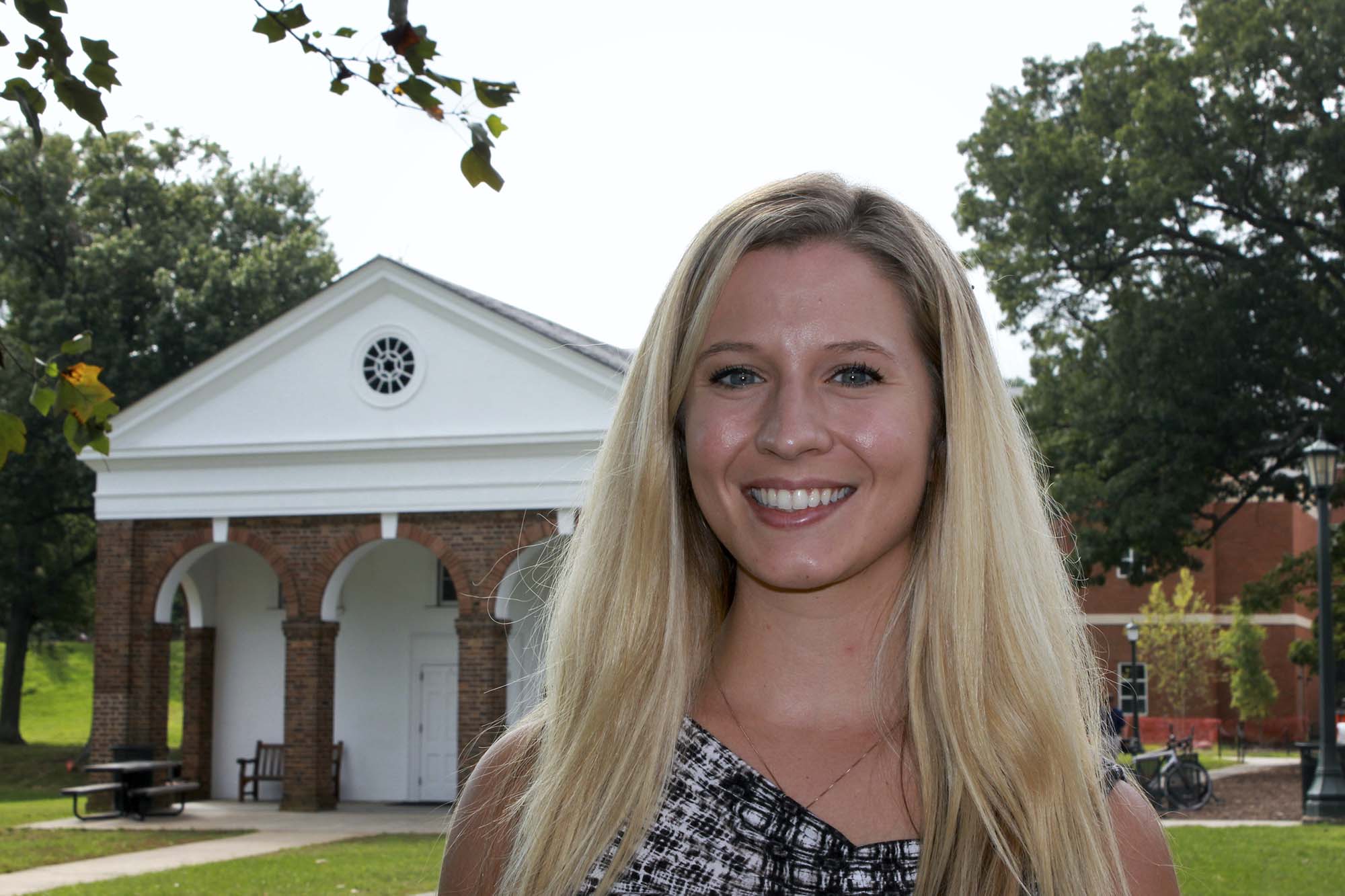 Alexandra DeJong, a UVA graduate student in kinesiology, has been studying runners through wearable sensor research and data collection since 2017. (Contributed photo)

We also did a survey of runners across the U.S. and internationally in late spring, asking runners how their motives for running have changed, what injury patterns have looked like, and what their training regiments have looked like.

Q. In looking at that data, in what ways has the pandemic affected who is running and why they are running?

A. What we found is that people reported they were running more for stress relief and to occupy free time. Less [are] competing in races, although some people reported virtual races.

Runners also reported that they were increasing the number of times they ran per week (frequency) and how far they were going (mileage), but they were doing fewer strictly running-focused workouts, perhaps because of a lack of track or trail availability. Instead, they focused more on long, steady runs throughout the week, and increasing mileage by about 10%.

Additionally, we found people reported higher odds of getting injured during the pandemic because of this ramp-up in mileage. Though this was also during the highest time of social isolation directives, so there were a lot of contributing factors: stress, accessibility of running, boredom, etc.

Q. What does your research tell you about how runners with shin splints, the most common injury, can manage pain?

A. Runners are an interesting group, because they often persist with exercise even in the presence of pain signals their body is sending them. What we have found through research and a lot of lab-based studies is that there are things we can change about the way runners are running that will decrease their pain and improve long-term outcomes.

Runners with active shin splints were spending a longer amount of time with ground contact time – feet on the ground – which shows runners weren’t picking their feet up as quickly as they were running. They were exposing their legs to more forces while running by keeping feet on ground longer.

[Shin splints] are fairly low levels of pain – it’s not like a stress fracture or something where you shouldn’t be running – so it’s less about stopping and more about making it less painful while they are running.

For my study, we worked with data scientists and made an app through the Garmin wristwatch where data from their wearable sensors are connected to the watch and it’ll buzz on their wrist if their feet are in contact with the ground too long. It has improved people’s pace as well, so it could potentially link with performance.

Q. What advice do you have for those who either take up running this winter or want to continue their pandemic-established jogging routine?

A. In January, people are making a lot of New Year’s resolutions to be more active. And the cheapest exercise is going out on a run. So, there’s an influx of injury around the spring – not necessarily from accidents and falling, but overtraining and ramping up too quickly. Think about the 10% rule, where you don’t want to increase your training distance above 10% of your previous week. That’s the standard that’s been out a while.

It’s important to take it pretty slowly at first. Be kind to your body. Let’s say you’ve never gone out and run: then start with one to two days a week, and incorporate walk-jog intervals, which can be really healthy as your body is getting used to higher forces. Also, be sure to include stretching, balance exercises and strengthening of lower leg muscles and hips.

One simple thing you can do: when standing and brushing your teeth, stand on one leg and do calf raises, and then switch. We recommended stretching after a run and doing strengthening exercises before a run. Do activation exercises, run, then stretch.

Also, don’t just look at mileage. There’s a lot of information that indicates that tracking your total training volume isn’t the best estimate for all the strain on your body. Instead, think about running intensity and how you’re feeling while you run. If you didn’t get enough sleep the night before, for example, you might be more prone to injury on your run.

Q. Is there a way for runners to track that individually, without being a part of a formal study?

A. Something runners can do in apps like Strava, which is a free tracking app for your run, is report on a scale of one to 10 how hard you felt that exercise was. Then you can get a better idea of the rate of perceived exertion, which feeds into the overall stress on your body.

Q. What about age? Is that a factor in terms of risk of injury?

A. Yes, though strength and muscle mass are also factors. In another study, we looked at strength and range of motion. Older and middle-aged runners will typically have decreased motion and strength. We see a proportional change in their running mechanics, too – as they get older, a shortened stride where they are picking up feet more quickly with cadence. It’s a protective mechanism, the body’s way of adapting with the aging process.

On the other hand, we found that younger runners have longer strides, higher ground reaction forces, and increased strength. So, it’s proportional to what their body is able to withstand – higher strength means more ability to attenuate forces.

Q. And it sounds like diet, sleep and mental health also play an important role?

A. Exactly. In another study, we looked at wellness measures and sensor-driven data from the UVA men’s and women’s cross-country teams. We were looking at wellness outcomes over the course of the season in relation to the sensor data, and we found some strong relationships between things we saw on the sensors and how they reported they felt that day and how hard they thought their run was.

It also boils down to energy availability – eating enough throughout the day can sometimes be overlooked, but it’s important. Sometimes we equate healthy eating with not eating as much, but there’s a higher demand on your body when you’re exercising, so frequent snacks help. You’ll need more carbs in your diet as you ramp up activity, which will also help with recovery and getting enough protein. Try to get a snack within 30 minutes of completing an exercise and eating a full meal within an hour.

A. Be kind to yourself in terms of things like pace. With the advent of wearables, it’s tempting to look at all these metrics and have the next day be your next best day and have a personal record. But don’t focus so much on pace and distance. Take into account how you’re feeling, and maybe find one or two people you can run with. One thing people cited [in the survey] that was difficult was social isolation, so finding one or two people you could safely run with might be helpful. Or even virtually running together and encouraging each other on running apps.