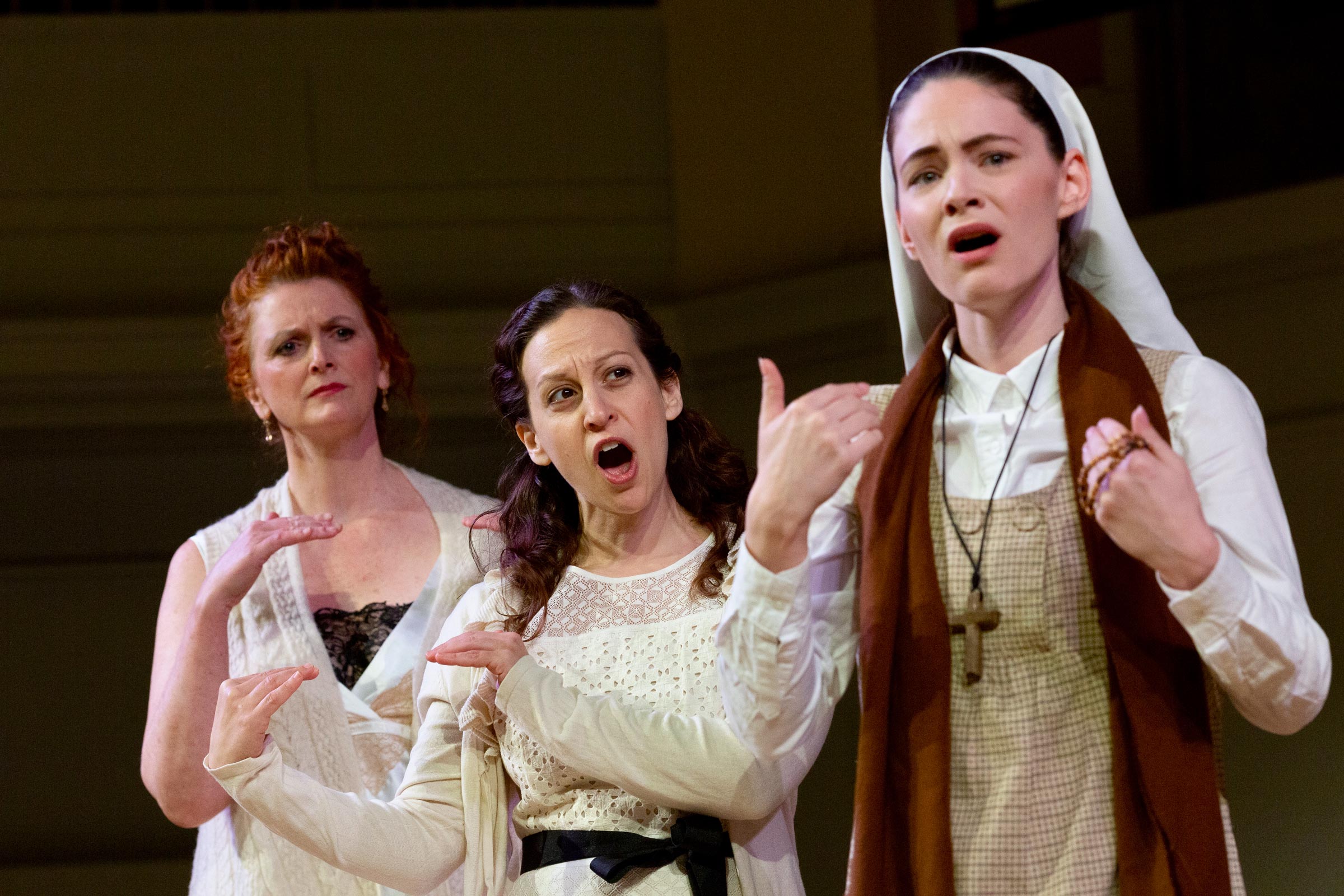 How can someone without the ability to hear engage with music?

The University of Virginia’s “Breaking the Sound Barrier: Deaf Opera Workshop” recently set out to answer just this.

In February, before the University drastically changed its operations because of the coronavirus pandemic, Charlottesville’s Victory Hall Opera brought three Deaf actors and three opera singers to UVA’s Grounds, following its mission to bring challenging and cutting-edge opera to the Charlottesville community. 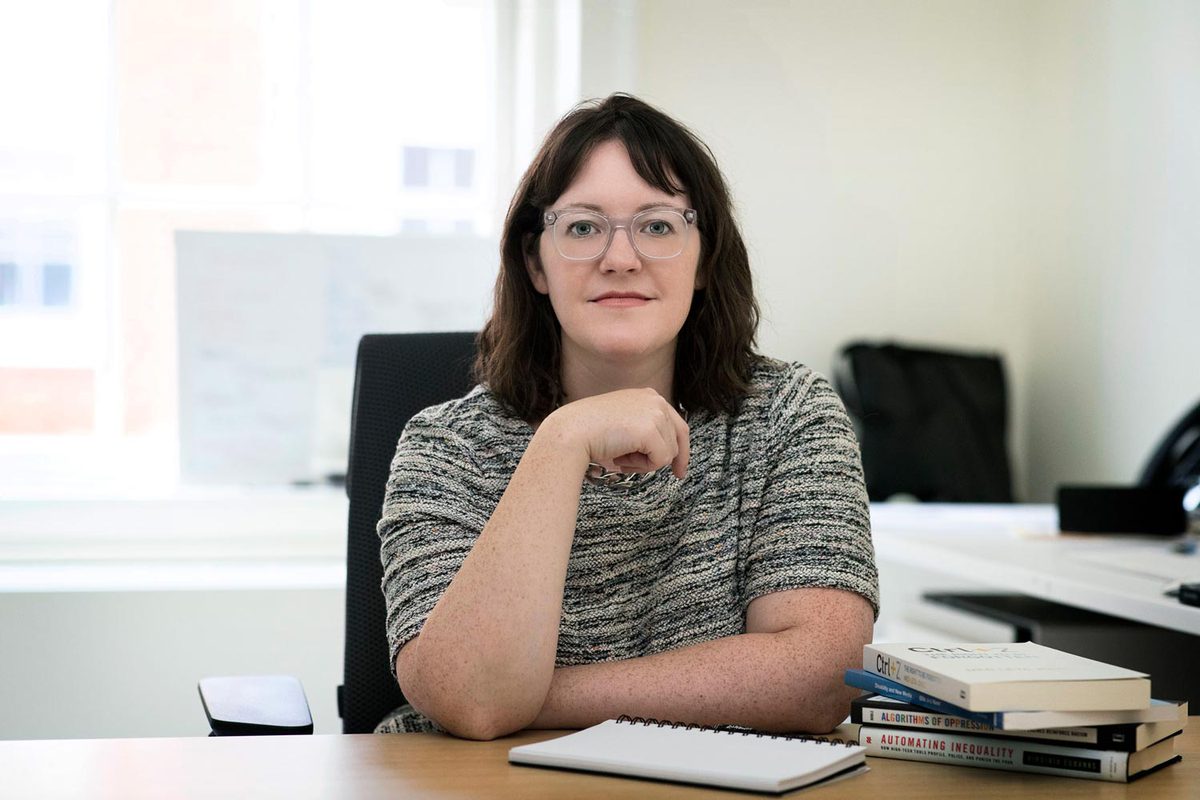 Q&A: Breaking Down the Disabled Underrepresentation in Mainstream Media

The project, held in conjunction with February’s Disability Studies Symposium and funded by the Jefferson Trust, started with a simple question: What is Deaf opera?

Patterson, a founding member of Victory Hall Opera, said she viewed the project as something that was always meant to come to fruition. For Patterson as well as members of the mixed Deaf and hearing creative team, Deaf actors telling a traditionally sung story makes sense.

For many artists, opera is about much more than just music.

“In opera, we think so much about the voice and about the sound, but there’s actually something deeper that’s both beyond and underneath sound,” said Patterson.

“Breaking the Sound Barrier” was a small-scale opportunity to explore this concept in practice. Six of America’s foremost Deaf and hearing performers came together to perform scenes from Francis Poulenc’s opera, “Dialogues of the Carmelites,” alongside members of the University Singers in this new and groundbreaking approach to opera.

The performance, which took place in Old Cabell Hall, was attended by more than 300 people from the University and Charlottesville communities. 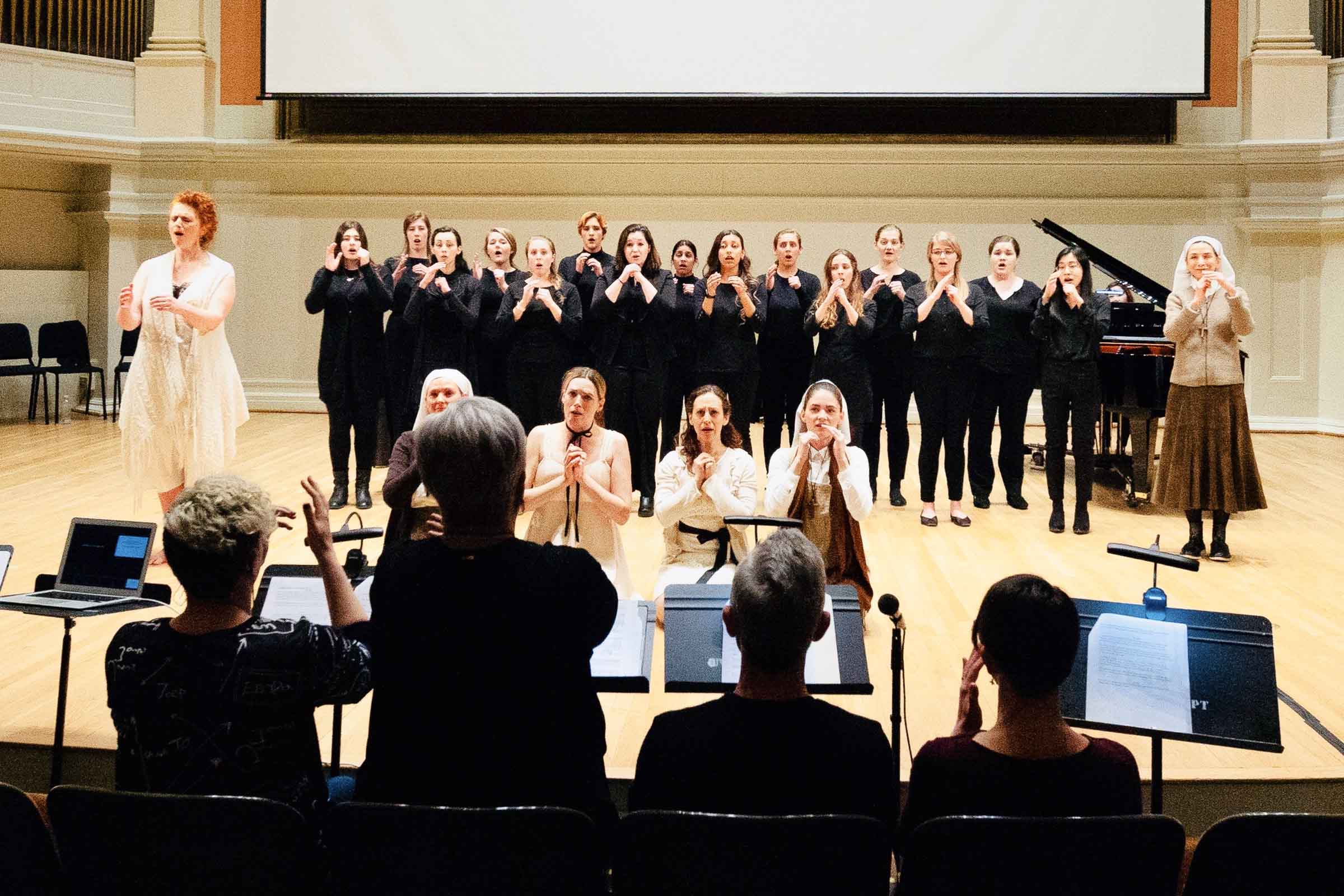 Members of the University Singers perform alongside the cast of “Dialogues of the Carmelites” with Victory Hall Opera.

Each role in the opera was double-cast, with both a Deaf actor and a hearing vocalist performing the same role. The lyrics were simultaneously signed and sung, creating a harmony of sung English and American Sign Language that is rarely seen on an opera stage.

“In this production, the singers were these kind of ‘spirit guides,’” Patterson said. “They weren’t really playing the same character; it was one speaking through the other.”

Casting Deaf actors in an opera not only makes the art form more accessible, but creates unique learning experiences for hearing audiences as well.

“Both the signers and singers benefited from one another, producing something together that was more stirring than if they had performed separately,” he said. 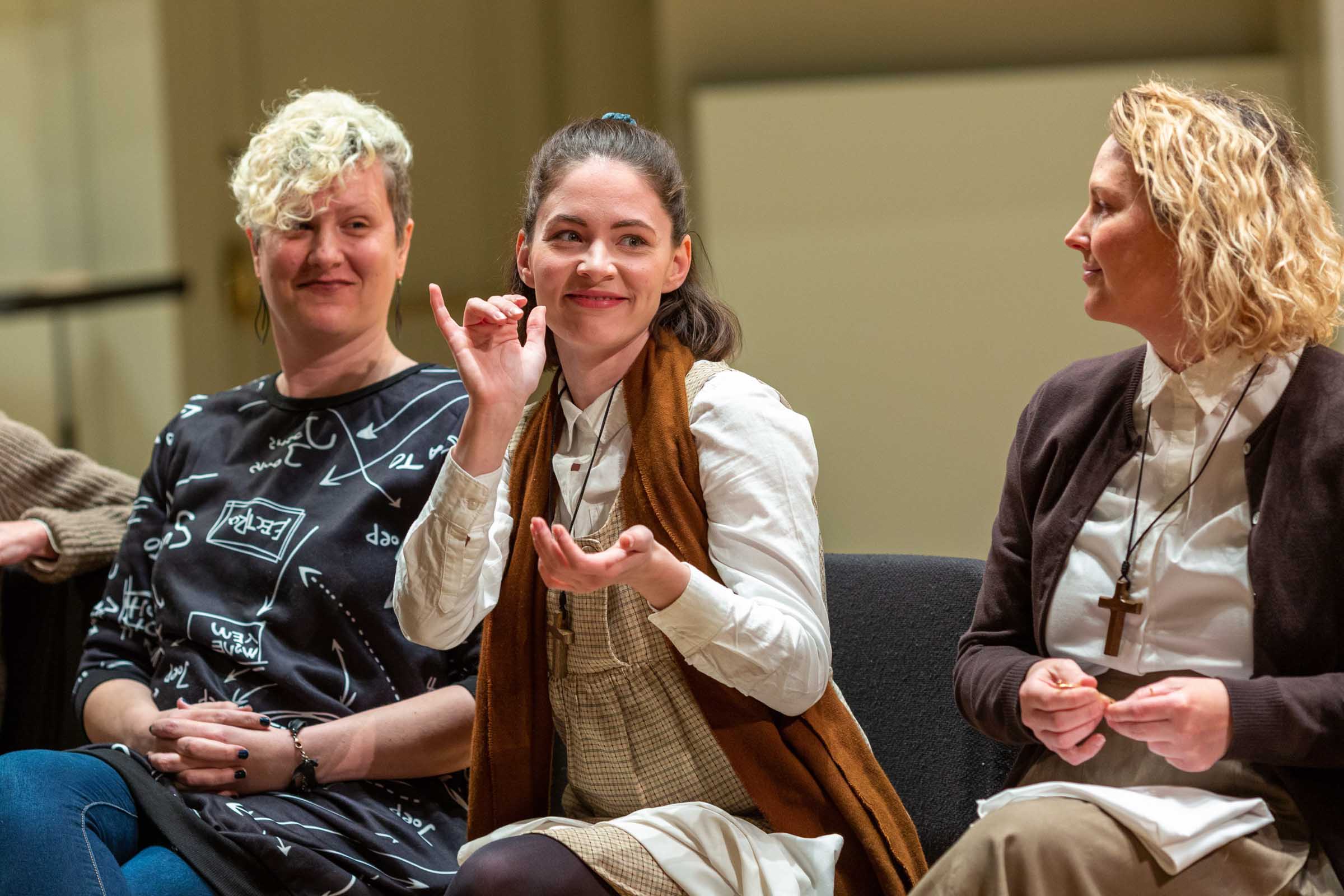 In Victory Hall Opera’s production of “Dialogues of the Carmelites,” the action takes place at a Deaf convent. All of the women in the opera are Deaf, surrounded by a chorus of hearing men. This element of the story was extremely important to the creative team.

“I think there’s something different about it,” said Patterson. “It’s not just about a Deaf person, but rather about a community of Deaf people.”

Director of the project and hearing ASL master Alek Lev focused the production around the ideas of home and belonging. “Dialogues of the Carmelites” tells the story of a group of misunderstood and marginalized women, and Lev along with Deaf translator Jules Dameron related this onstage narrative to the Deaf experience.

Because there is no written form of American Sign Language, Dameron was tasked with creating a video translation for the actors to memorize.

“One of Jules’ gifts is creating these poetic stage translations of ASL,” Patterson said. “It’s not just speaking. It’s more expanded; it’s more choreographic, and it has to unfold at a slightly different tempo from speech.”

The result was a more artistic form of ASL that lent itself to accompanying the sustained notes common in opera. 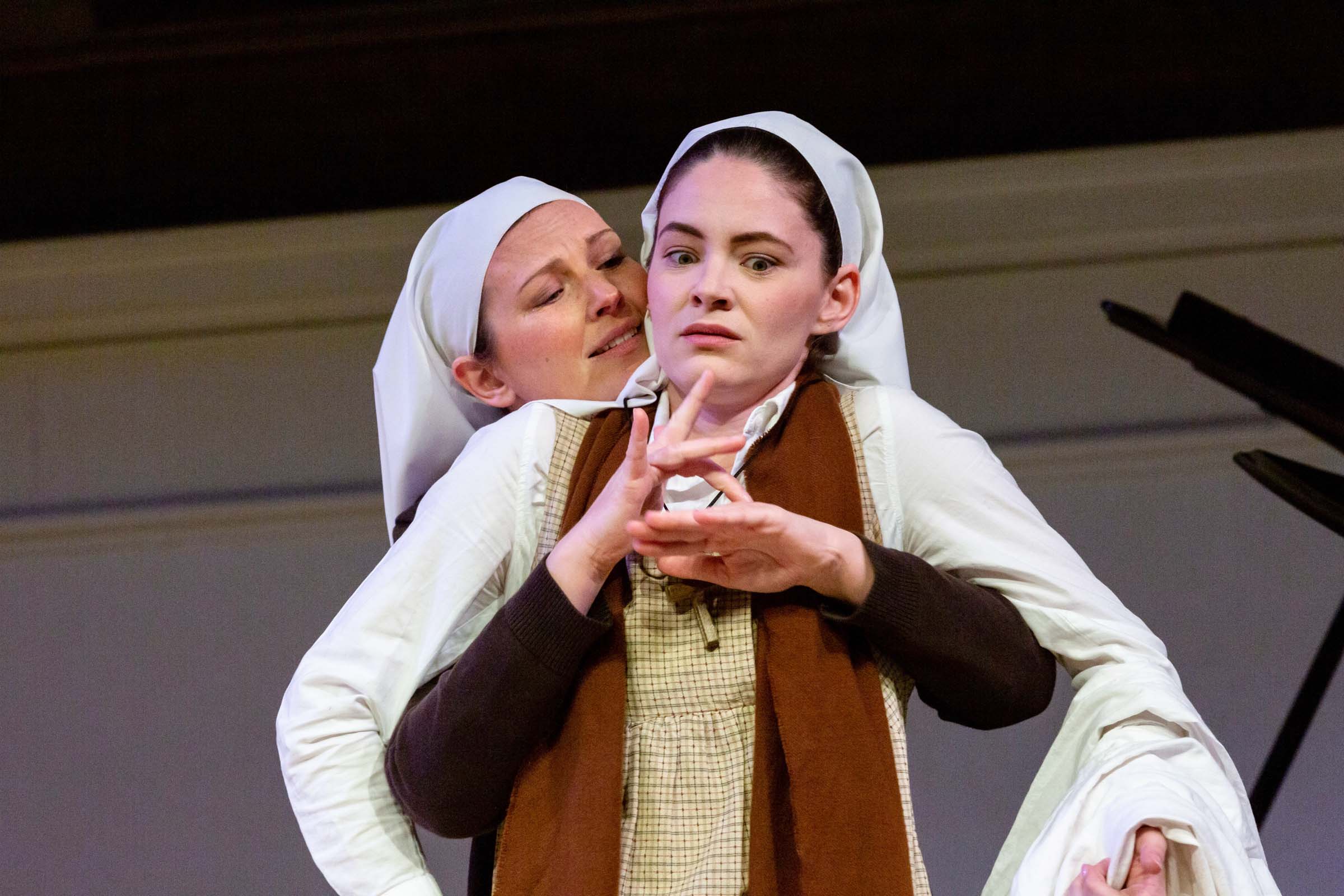 Actors like Zion and Frank, shown here, learned Jules Dameron’s ASL translation of the opera via video before rehearsals began.

The presence of these performers on Grounds created a buzz around modes of accessible performance that are largely undiscussed in the world of opera. According to Patterson, work like this is nearly never done. She hopes that Victory Hall Opera will pursue staging the full opera in the near future.

“In a way, the most moving thing was realizing that singing is deeper than the voice,” she said. “It’s deeper than sound. It’s an emotional expression.”

She expressed the hope that Victory Hall Opera can continue bringing work with this profound emotional expression to Grounds in the years to come. 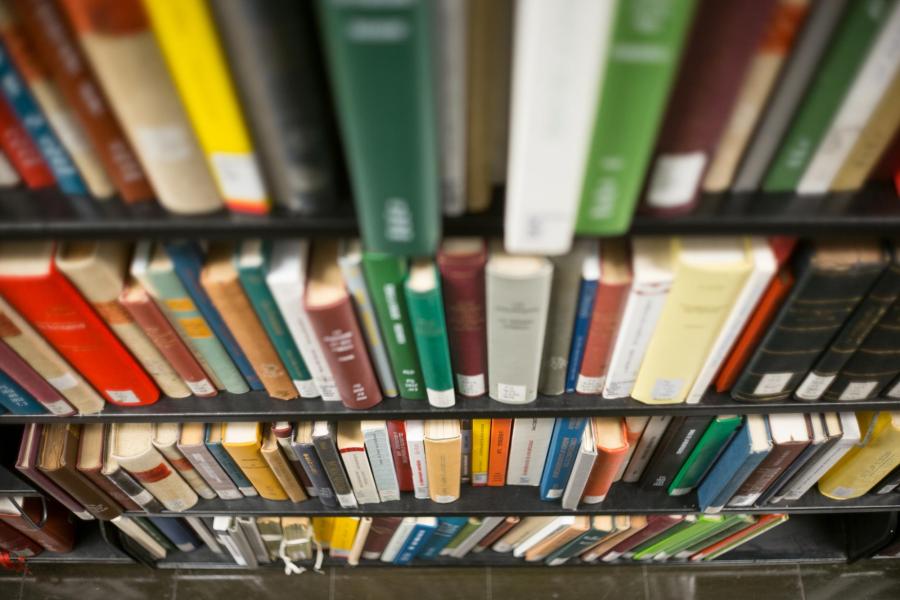 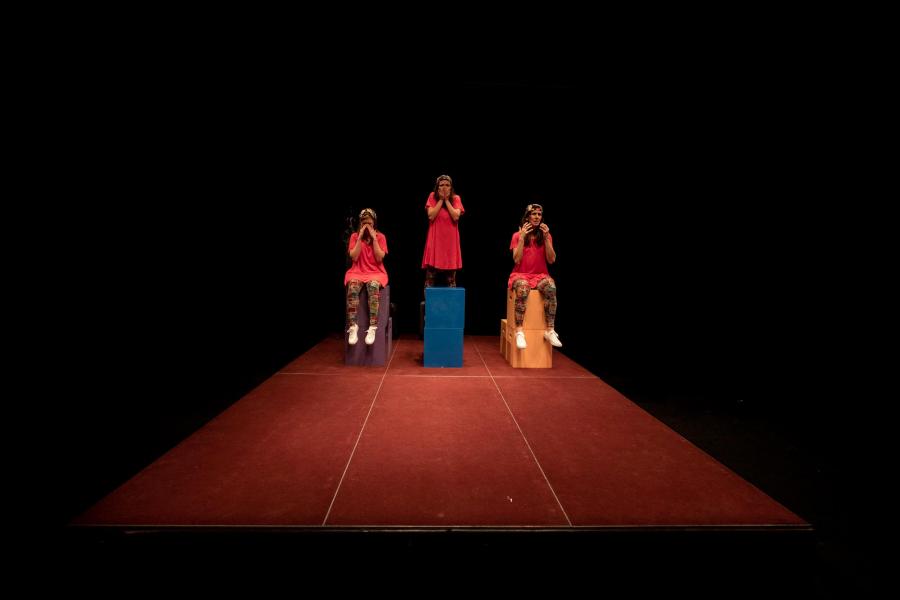 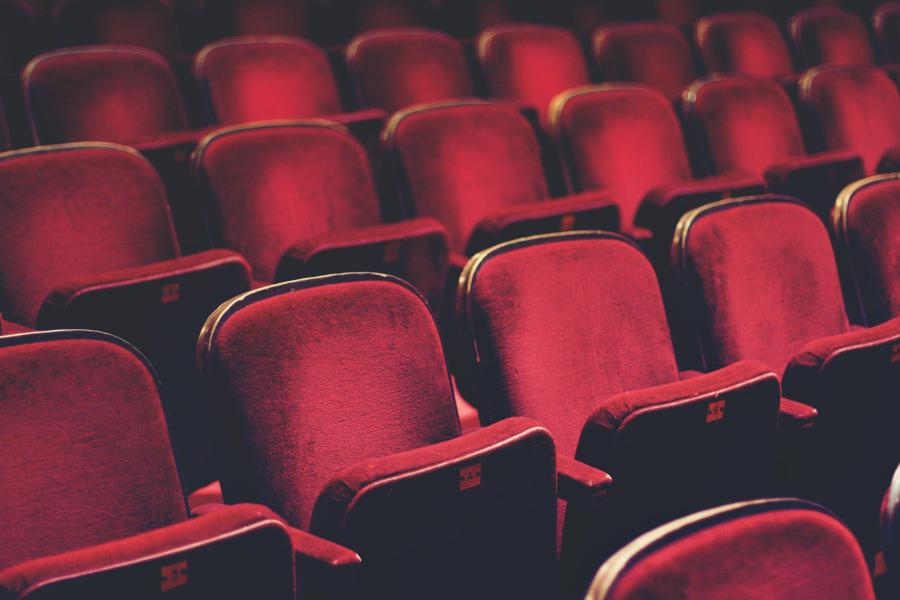 The Ghost Light at the End of the Tunnel: Performance in a Post-COVID-19 World