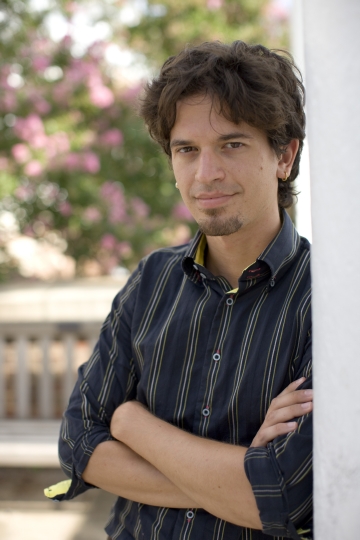 The modern banking industry is often seen, and often portrays itself, as an institution that objectively allocates scarce financial resources with the precision and reliability of a Swiss watch. (It's no coincidence that the archetypal banker and watchmaker are both Swiss.)

That is one of a handful of myths that obscure the inevitable conflict at the heart of banking – a struggle over who should be granted credit, and at what price – argues a new book, “Conservatives Versus Wildcats: A Sociology of Financial Conflict,” by Simone Polillo, an assistant professor of sociology in the University of Virginia’s College of Arts & Sciences.

Another myth to reconsider is the notion that banks objectively assess creditworthiness based on the traits of the borrower, Polillo argues in the new volume, published by Stanford University Press. Both myths ignore how money, credit and creditworthiness are socially constructed (and interrelated) ideas that are always contested, with conservative bankers striving to define and reinforce the boundaries of creditworthy behavior, while rival bankers – dubbed “wildcats” – attempt to break those boundaries and subvert the status quo.

Conservative bankers contend that they bring stability to the financial system by restricting credit and money to particular social groups. Wildcat bankers, by contrast, often invent new financial instruments to expand existing financial flows, extending credit and money to those excluded by conservative bankers. These new instruments are inevitably riskier and more speculative, sometimes resulting eventually in a financial crisis, said Polillo, who also is co-editor, with U.Va. English professor Brad Pasanek, of “Beyond Liquidity: The Metaphor of Money in Financial Crisis,” published in March by Routledge.

Michael Milken's “junk bond revolution” was based on the subversive idea that ratings agencies were systematically and arbitrarily undervaluing debt from certain companies. He dubbed these companies “fallen angels,” because they had been quickly downgraded from a sterling credit rating. By securitizing debt from these companies, Milken and others who followed enabled these companies to have more access to credit, at lower costs.

Such is the seesaw push and pull at the heart of the banking industry, Polillo said: the inclusionary efforts of wildcat bankers eventually rolled back by the exclusionary conservative bankers, and vice versa, ad infinitum.

Polillo’s book primarily illustrates this push and pull using examples from 19th-century America and Italy, two decentralized polities where challenges to sound banking originated from above and below. For instance, before the American Civil War, banks in the North were increasingly permitted by state authorities to expand their business,  creating a dynamic but very unstable banking system, and provoking reactions by more conservative bankers in Boston and other traditional banking centers. In the South, by contrast, political elites invested in defending the slave economy tended to grant political favors, often giving a single bank exclusive banking rights to a given territory, resulting in a stable and centralized but ultimately stagnant banking system.

Later on, as immigrants surged into major American cities like New York around the turn of the 20th century, they were initially excluded from the formal banking sector, and were forced to turn to informal credit networks. As immigrant numbers rose into the millions, and political parties started to court their votes, changing laws and political pressure worked in tandem with wildcat bankers to gradually welcome them into the formal banking system.

“Determining who should be granted credit, and at what price, is always a political process that involves social networks among powerful people, typically networks of conservative bankers versus wildcats,” Polillo said. “But periodically the larger public, through elected leaders, weighs in on these important questions, and we may see the public do so again in the near future. That would not be a bad thing.”

Netflix to Add Ads. Why This Could Be a ‘Game-Changer’ for Your Viewing Experience END_OF_DOCUMENT_TOKEN_TO_BE_REPLACED

What’s Next for UVA’s Class of 2022? END_OF_DOCUMENT_TOKEN_TO_BE_REPLACED