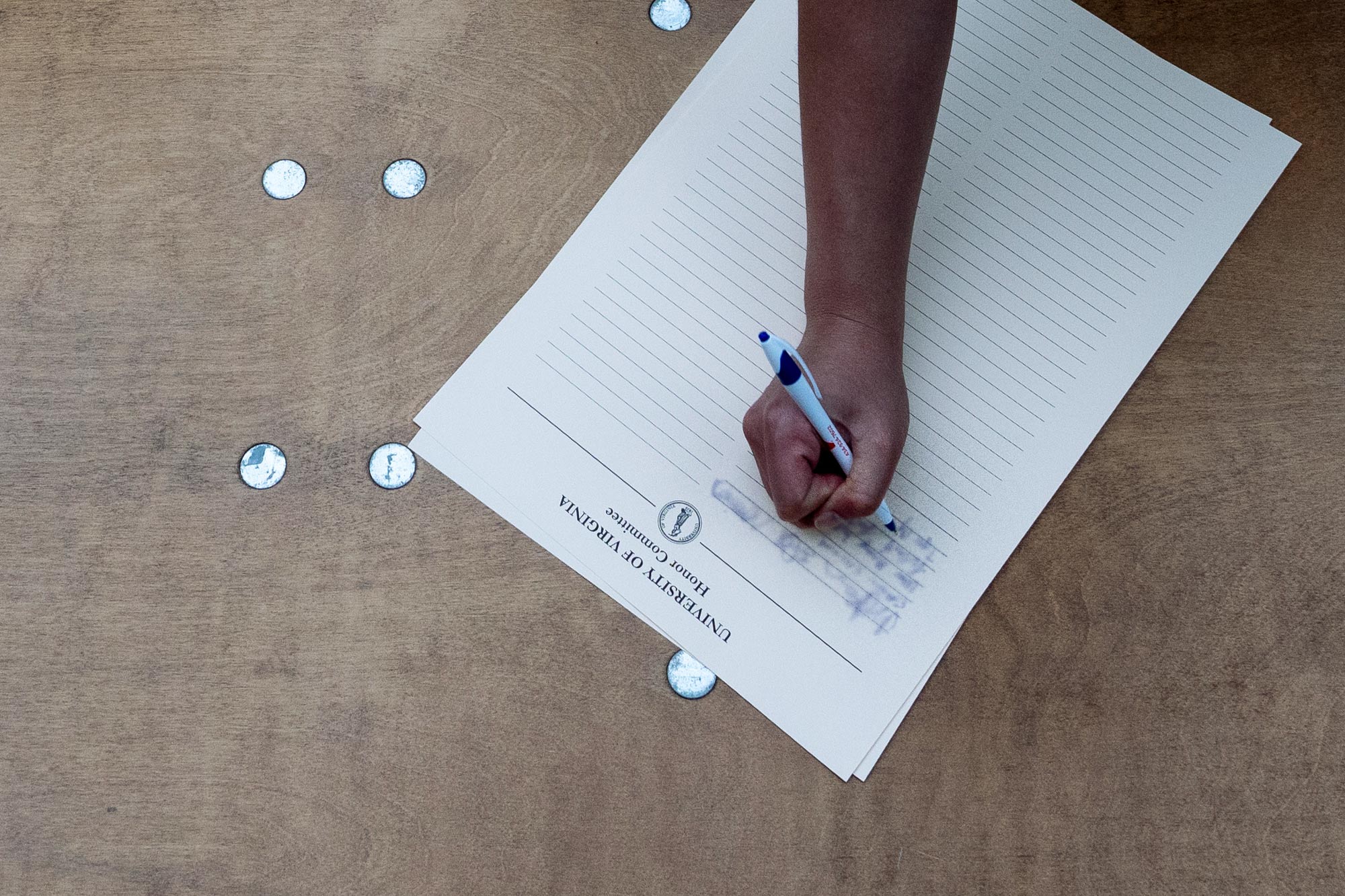 The University of Virginia Alumni Association on Wednesday will host a virtual discussion providing insights into and perspectives on the Honor System, a foundational tradition that has helped define the University’s student experience for nearly 200 years, and yet continues to evolve.

The live discussion will include past and present chairs of the Honor Committee, with President Jim Ryan participating as a featured guest.

Wednesday’s discussion is part of the Alumni Association’s new “Vox Alumni” initiative, a broad effort to collect and share the voice and perspectives of UVA’s 250,000 alumni through polling, events, outreach efforts and other engagements.

Alumni Association President and CEO Lily West said the organization considered the panel discussion a timely and important way to respond to a request from Ryan and University Rector Whitt Clement to help generate opportunities for students to learn about the Honor System and its importance to the University.

“UVA Honor is near and dear to the hearts of our alumni, and it’s vital to the University,” West said. “The Alumni Association is honored and eager to contribute to such an important conversation at such an important time.”

Ryan and Clement in December reached out to West and Tom Mangus, chair of the Alumni Association’s Board of Managers, to recommend that the association explore ideas for how to connect current students and alumni “across generations to learn from one another about honor, what it means to the University, and how its values set UVA graduates apart.”

In their letter, Ryan and Clement said the Honor System comes up frequently in their talks with alumni at events across the country, and many cite it as the “defining feature of their UVA experience, bar none.”

“In these conversations, some alumni cite worries about the role the Honor System plays in today’s student experience, expressing concern that it is not as central as it once was and sharing their perception that students and faculty do not take the concept of honor as seriously as they did in the past,” the letter reads. “With that said, in many conversations with students over the course of the semester, we’ve made a point to ask about their perceptions of honor and have been pleased to hear that students across the board continue to see honor as foundational to the University’s culture. They may not speak about the Honor System with the same reverence we hear from our older alums in particular, but – to a person – they recognize that the community of trust the Honor System enables is relevant and critical to our institutional culture and to the experience it enables them to have as UVA students.”

UVA’s Honor System traces its roots to 1842, and relies on a simple pledge students take to not lie, cheat or steal. The system is completely student-run, with elected student representatives comprising the Honor Committee, and students serving as officers investigating and administering cases, as well as serving as jurors during honor trials.

Though it is nearly two centuries old, the UVA’s Honor System remains a living framework. Earlier this month, the Honor System had perhaps the most significant revision in its history when students voted to recast its central sanction.

In online voting, current students amended the current Honor Committee Constitution, removing permanent expulsion as the single sanction for a student found to have committed an honor violation and replacing it with a sanction of suspension for two semesters. More than 6,000 UVA students voted on the proposal, about 23.75% of the student body. About 80% of those voting, or 4,811 students, voted in favor of the change.

In their letter, Ryan and Clement encouraged the Alumni Association to consider multiple ways to foster engagement among members of the extended University community about honor, and West said the association is planning a series of initiatives to complement the upcoming Vox Alumni discussion.

“No matter what form this project takes,” Ryan and Clement wrote, “the idea is simple: to help students and alumni learn from one another and to underscore the central role the Honor System continues to play at the University.”

It’s Copperhead Season in Virginia. Here Is What You Need to Know END_OF_DOCUMENT_TOKEN_TO_BE_REPLACED

What’s Next for UVA’s Class of 2022? END_OF_DOCUMENT_TOKEN_TO_BE_REPLACED