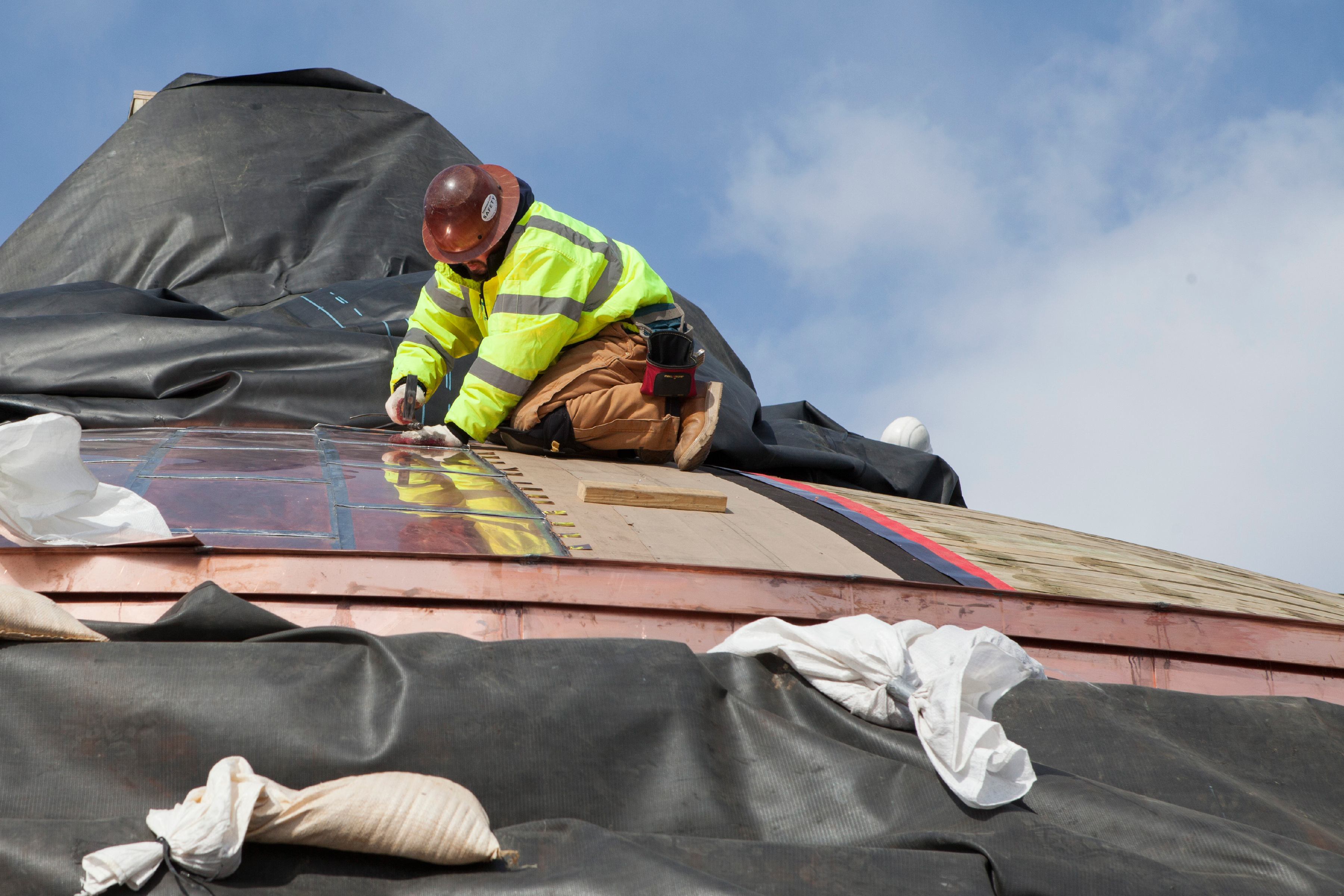 The University of Virginia’s plans to complete a major renovation of the Rotunda drew a big public boost in Richmond, adding momentum to U.Va.’s fundraising campaign for the historic landmark.

In May, Virginia Gov. Robert F. McDonnell approved the General Assembly’s 2013 budget, which includes capital project funding for the Rotunda’s continued renovation. The state’s anticipated financial commitment is roughly $24 million to continue the renovation of the domed building. This public funding is being accompanied by a University fundraising campaign aiming to raise the balance in donor funds to complete the $51 million project.

“We know that all members of our University community recognize the significance of the Rotunda and will want to help us match the state’s commitment.”

University architects and Facilities Management officials are proceeding with a preliminary design review for the extensive second and final phase of renovations.

“This phase of the Rotunda project is our largest, including all of the building's infrastructure,” University architect David Neuman said. “We plan to fully renovate this iconic building for greater academic and public use. This is an important first step to restoring the Jeffersonian Grounds as we approach the University's bicentennial.”

Combined with the recent completion of the roof’s replacement and exterior repairs, the ambitious project marks the Rotunda’s first major renovation in almost three decades, dating back to a $2.3 million renovation in 1976 intended to bring the building back into conformity with Thomas Jefferson’s original design.

“It’s a significant renovation,” Donald Sundgren, the University’s chief facilities officer, said.  “We won’t be doing this again, certainly not during our tenure here, so this is our one shot at doing the right job for the Rotunda.”

The first phase of the Rotunda’s renovation included replacing the steel panels that once covered the dome with a copper roof; the $4.69 million project was completed months ahead of schedule this spring. In addition to replacing the leaking roof and oculus, the first phase included exterior repairs to the brick walls of the Rotunda’s cylindrical drum structure, its windows and ornamental sheet metal.

The second phase, which is expected to require two years of construction work, will focus primarily on the interior of the dome and the wings of the Rotunda. The proposed renovations include a complete replacement of the building’s mechanical, electrical and plumbing systems, with additional underground space for the new infrastructure and catering operations.

The Rotunda hosts more than 120 dinners a year. Current space for catering is so tight that some chairs and tables remain stacked within the Dome Room between events.

A new elevator is proposed, as well as a wheelchair lift that would provide handicap access to the Rotunda’s terrace level.

The renovation proposal also includes an expansion of office space into the wings of the cryptoporticus running underneath the Rotunda’s south (Lawn-facing) steps.

As part of U.Va.’s strategic plan to reincorporate the Rotunda into the academic life of the University, audiovisual equipment will be installed in the Dome Room and throughout the building to create more classroom opportunities.

A cable-operated shading system with different gradients of cloth shades has been devised to cover the underside of the oculus and block the natural light streaming into the Dome Room during audio-visual presentations. And in an attempt to encourage students, faculty and visitors to use the Dome Room as the library study space it once was, the plans call for adding a public-access staircase to the lower gallery encircling the perimeter of the room.

“The whole idea is to get more University functions, more student functions into the building, and we’re doing all we can to set it up for that,” said Jody Lahendro, historic preservation architect for Facilities Management. “We’re proposing some new ways of thinking about the Rotunda, but it helps its functionality and its use by the University.”

The University is aiming to provide preliminary designs for the final phase of renovations by August. Construction would begin following the completion of the May 2014 Final Exercises.

A Year We Will Never Forget: 2019-20 in Review END_OF_DOCUMENT_TOKEN_TO_BE_REPLACED

‘What Will You Carry With You?’ Remarks From UVA President Jim Ryan END_OF_DOCUMENT_TOKEN_TO_BE_REPLACED