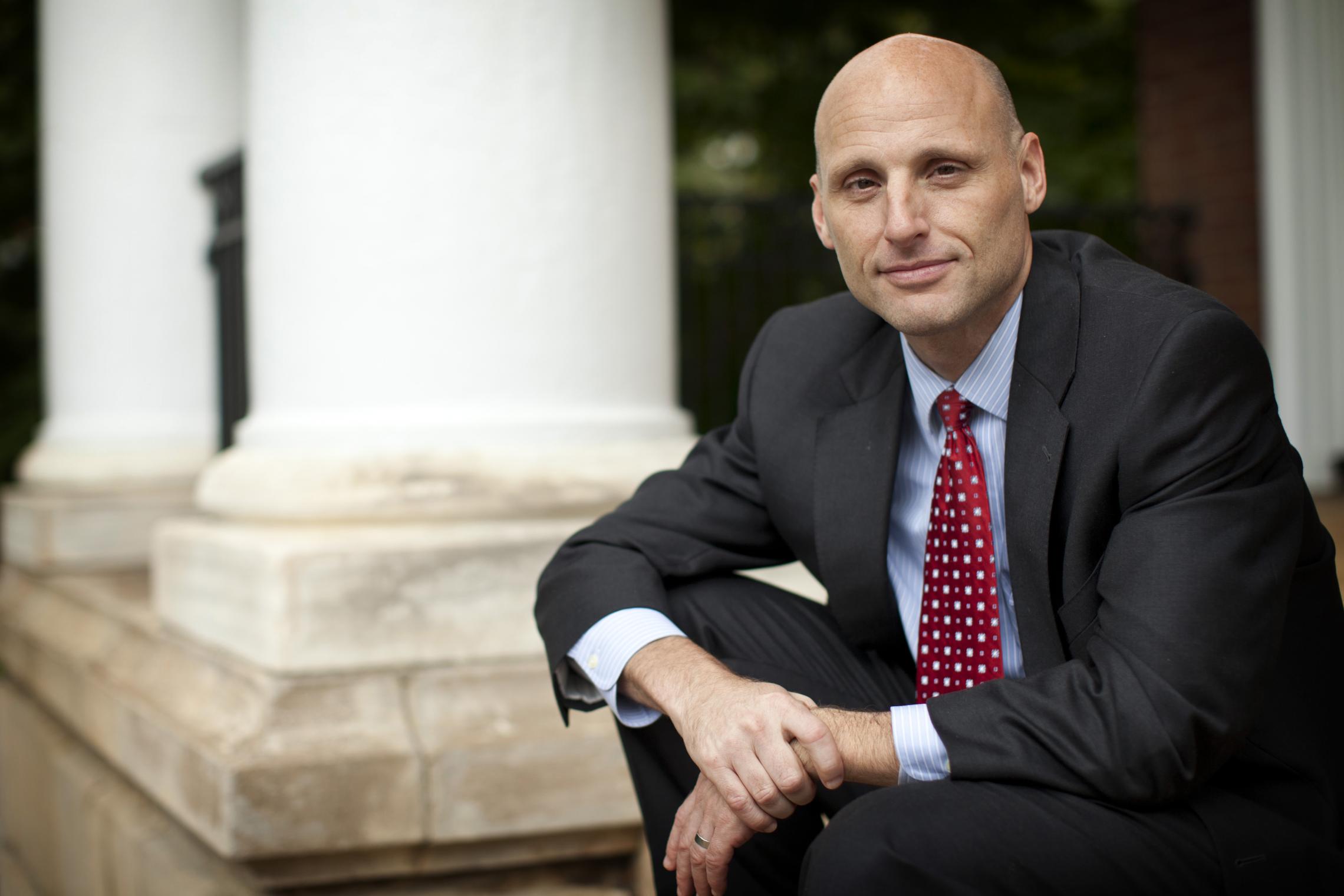 "Michael has had great enthusiasm for strategizing and implementing change and I have appreciated his energy and assistance during the past year," Sullivan wrote in a statement.

Strine served for just over 13 months, having taken office July 1, 2011. Formerly the vice president for finance, chief financial officer and treasurer for The Johns Hopkins University, he succeeded Leonard W. Sandridge, who retired after 44 years at U.Va.

"Michael recently determined that it would be in the best interest of the University that he step down and allow me to do some necessary internal restructuring," Sullivan wrote in her statement. "As Michael expressed to me: 'In all my work here, I focused on working with our leadership across the University to help serve students, patients, faculty and communities across the commonwealth. Though it is hard to step aside, I am confident that this step helps the University and those it serves by allowing this Board and President the opportunity to pursue changes aimed at ensuring communication, accountability and shared governance.'"

Sullivan expressed gratitude for Strine's service and added, "I know that his leadership skills and commitment to higher education will bring him success in his future pursuits."

"He leaves the University in solid financial condition as evidenced by our stellar bond ratings, and the board looks forward to supporting President Sullivan as she initiates a national search for a new financial leader," Dragas said in a statement.

Sullivan said there would be a national search for a replacement, but did not announce any plans for interim leadership. She said U.Va. remains in "strong financial standing."

Strine was named executive vice president and chief operating officer on May 12, 2011. His major responsibilities included:

• Serving as a financial and business partner and adviser to the president, provost, Board of Visitors, vice presidents and deans.
• Leading all phases of U.Va.'s financial and capital planning and budgeting processes, including the implementation of a responsibility-based budgeting paradigm.
• Collaborating with the provost to develop and adopt a new funding model for the University that recognizes likely changes in state funding levels, research support, philanthropic giving and investment returns.
• Driving the development of financial and operational policies and procedures that integrate space, fiscal and human resource considerations to advance U.Va.'s instructional, research and public service missions, including clinical care.
• Enhancing the customer service culture within the financial and operational functions of the University, ensuring that internal "customers" and external stakeholders view centralized services as responsive and value-added and with a focus on improving the undergraduate experience.
• Collaborating with the vice president and CEO of the Medical Center and the vice president and dean of the School of Medicine to lead further improvement of clinical services.
• Collaborating with the provost and the president to establish a set of longer-term strategic priorities for 2011-15, including the response to the state's priorities from the Governor's Commission on Higher Education.
• Ensuring that U.Va.'s financial, capital and operational resources are deployed with integrity and aligned with the University's goals.

Prior to joining Johns Hopkins, Strine was for three years the chief financial officer for New Castle County, Del. From 2003 to 2005, he was the executive director of the Delaware Public Policy Institute, where, among other duties, he led a comprehensive assessment of the efficiency and effectiveness of Delaware's system of education finance. From 1997 to 2002, Strine worked as the chief of policy and operations for the Department of Finance for the state of Delaware.