This Student Startup Turns to Hydroponics to Incite Food Revolution

Those walking into the University of Virginia’s Clark Hall find themselves face-to-face with a state-of-the-art hydroponics system. A table full of growing plants and violet light is hard to miss.

As part of an undergraduate sustainability initiative, these systems have been installed in various locations on UVA’s Grounds, including Newcomb Hall and Observatory Hill Dining Hall.

An undergraduate-led company, Babylon Micro-Farms, is bringing these small hydroponic farm prototypes to Grounds as part of an effort to make fresh fruit and vegetables easily accessible for more people.

Hydroponic farming is the growing of plants in nutrient-rich solutions without the use of soil. Usually, hydroponic systems are large, costly and used in mass production – not readily available to the average consumer. However, the system created by Babylon Micro-Farms are less bulky and available for personal use in the home. Each structure is only 6 feet wide by 3 feet deep and about 6 feet tall. Above the plants are LED grow lights that emit light at the right wavelength for photosynthesis. 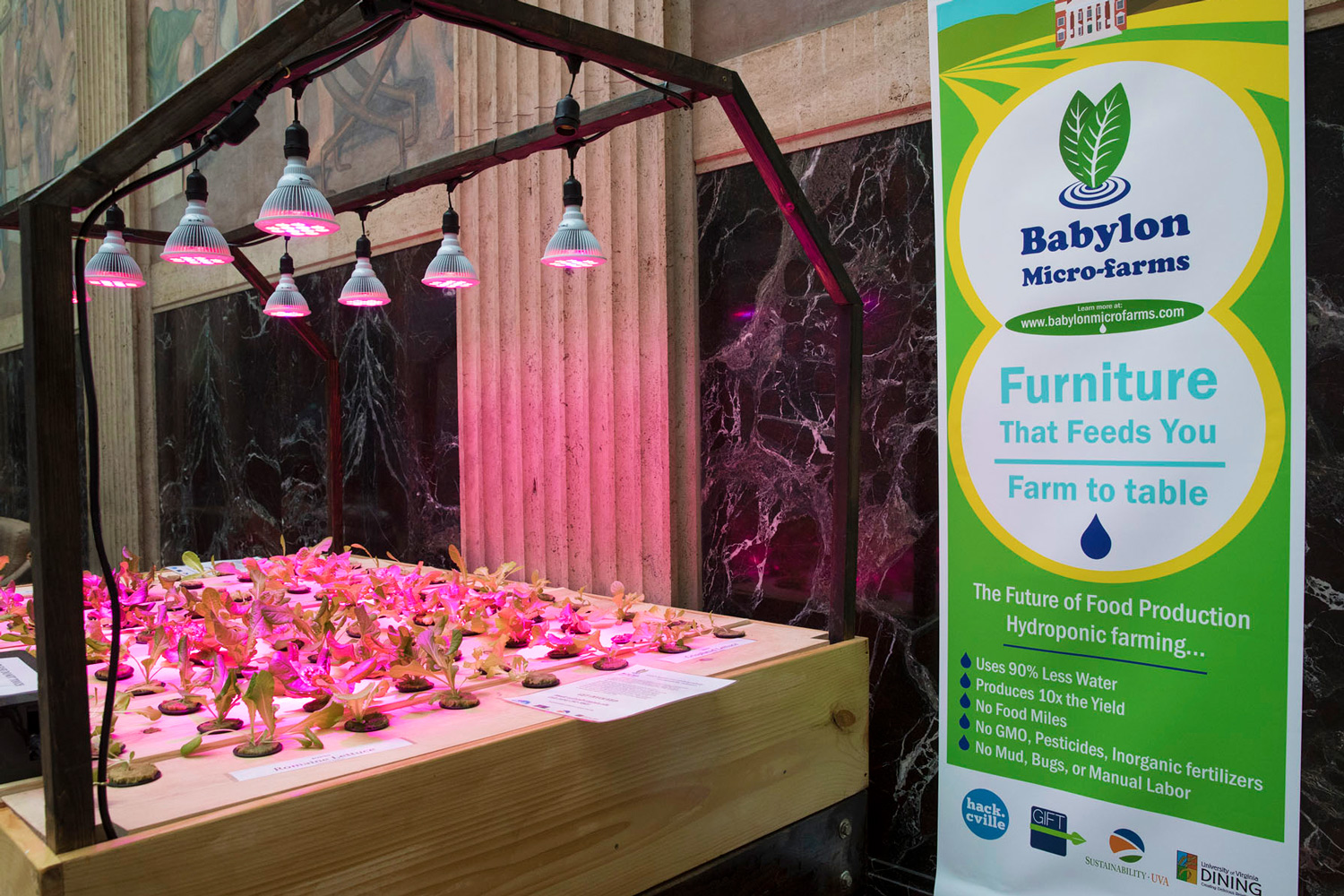 This high-tech farming method uses 90 percent less water and grows food up to four times more quickly. Additionally, hydroponics systems do not use genetically modified organisms, pesticides or inorganic fertilizers and help reduce “food miles,” the distance between where a food item is grown and where it is sold.

The Babylon team began testing prototypes around Grounds after building an early model through the student entrepreneurial clubhouse, HackCville, and winning $6,500 from Green Initiatives Funding Tomorrow. Student Council’s sustainability committee, with assistance from the Office of the Dean of Students, funds the annual GIFT grant.

“It’s been a massive hit,” company founder and fourth-year student Alexander Olesen said of the hydroponic systems’ reception in dining halls. “At first, they weren’t too sure about it, and then after a month when the plants grew, they said we could go ahead and pitch them a more finalized version.” 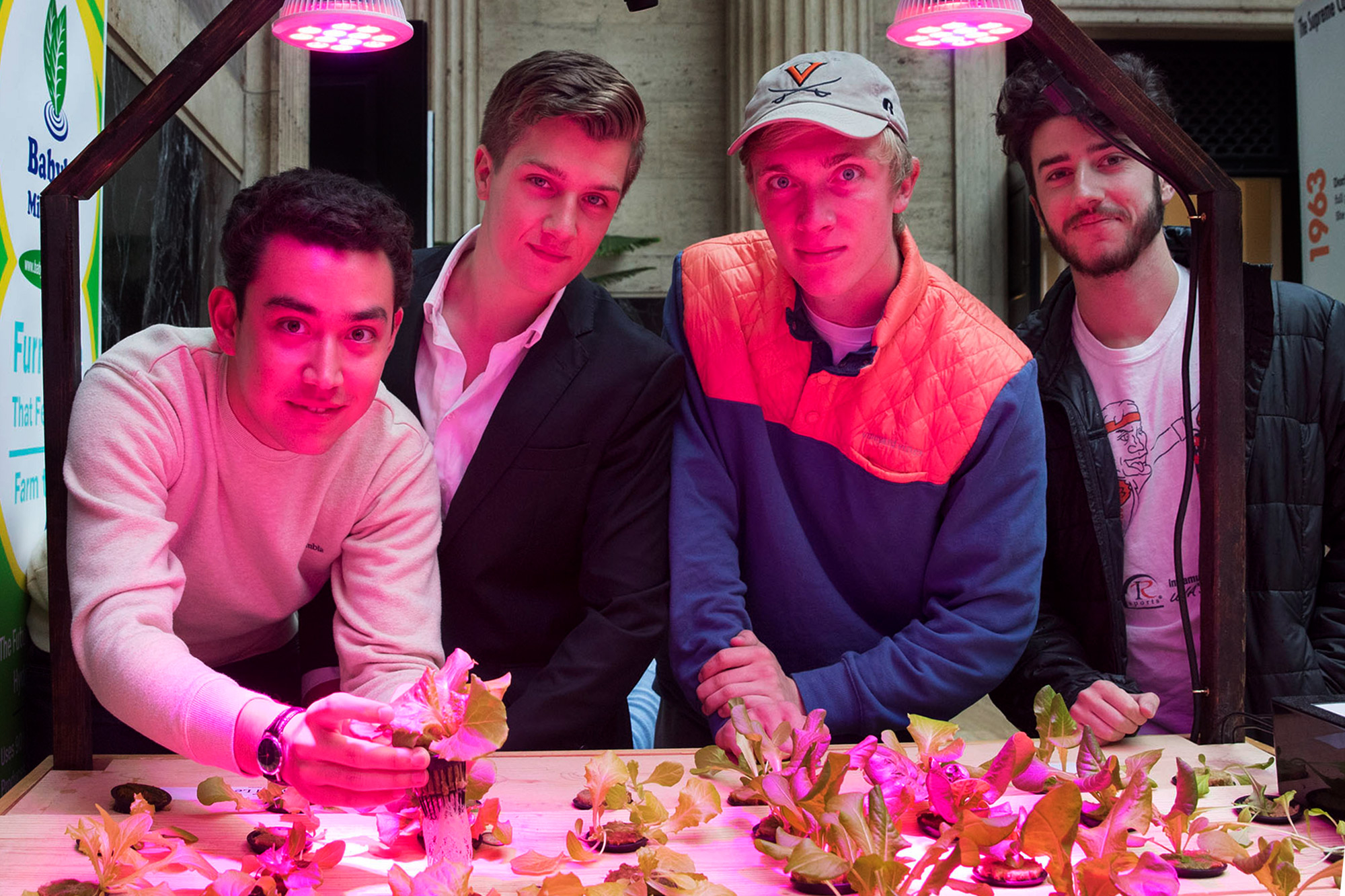 The hydroponic systems in the dining halls have been growing a mixture of lettuces, arugula, kale and spinach. The yield from one table alone has been enough to feed the entire Babylon Micro-Farms team for about a week. Olesen, a foreign affairs major, and his business partner, third-year student Stefano Rumi, a sociology and social entrepreneurship double-major, hope to add their produce to the UVA Dining menu so that other students may enjoy the vegetables produced by their hydroponics systems.

To make the produce affordable, Babylon Micro-Farms plans to offer a comprehensive hydroponics system for less than $1,000 – something that cannot be found on the market today. Their system will be much smaller than other hydroponic structures and easier to have in the home.

“The existing systems you get are made out of the same materials as trash cans, and they’re still more expensive, which is crazy,” Olesen said. “It’s just a table, and it blends in. You can fit in around 100 plants. Unlike other systems, you have versatility.” 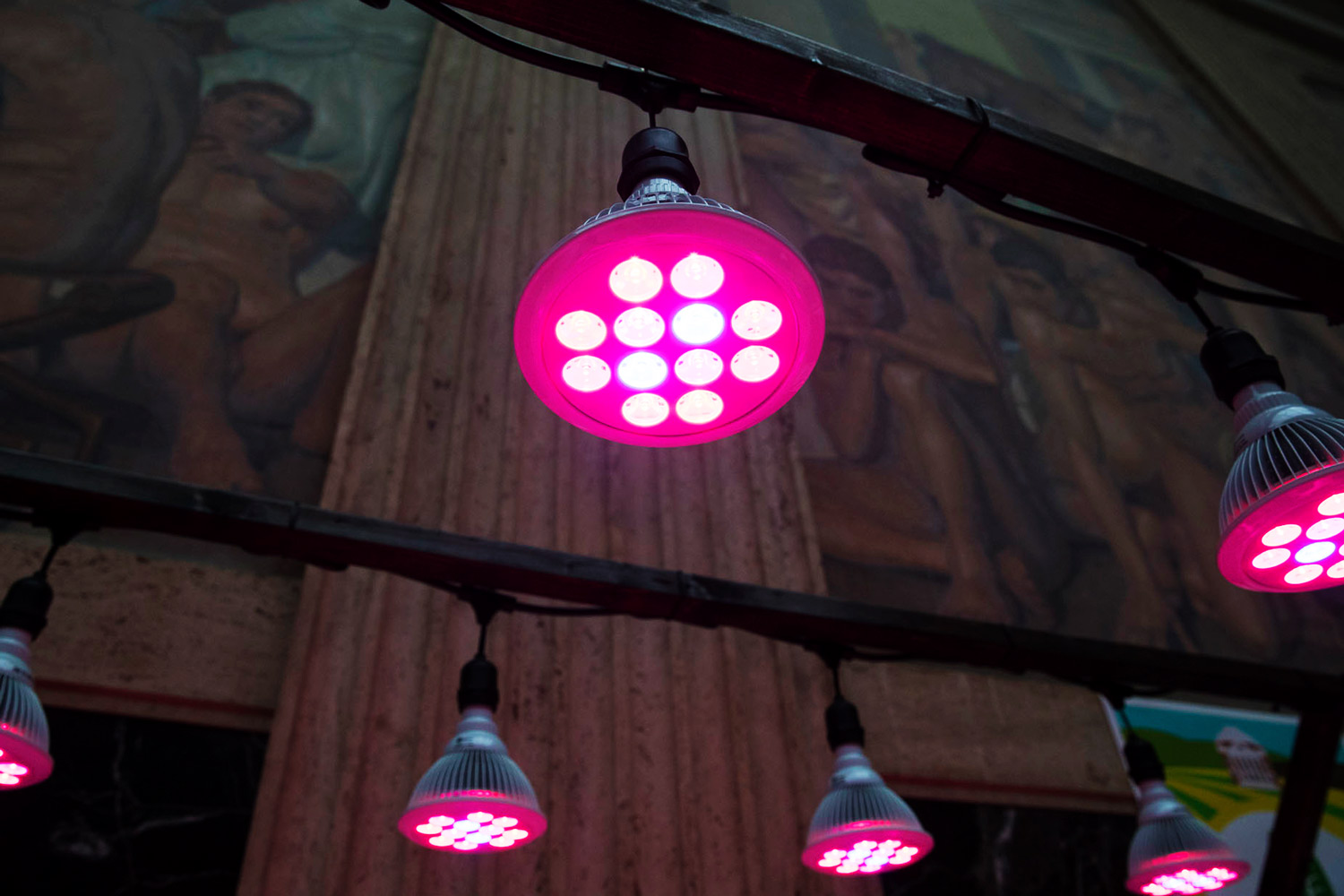 The system can be easily installed in the home and doesn’t require any special skills to set up, he said.

While the benefits of hydroponics are appealing to many, Olesen is aware that not everyone wants to have to do a “science experiment” at the end of a long day to grow lettuce. With this in mind, Babylon Micro-Farms plans to provide premeasured seeds, nutrients and an automated system to optimize the pH of the hydroponic system, making the process of growing one’s own food as easy as possible. All users have to do is pour in the mixture.

“Food is such a fundamental part of our lives,” Rumi said. “In a world where we’re innovating everything, the last thing we’ve innovated is how we grow our food. We essentially do it the same way we’ve been doing it for 10,000 years, except for pumping unhealthy pesticides that have these terrible environmental effects.” 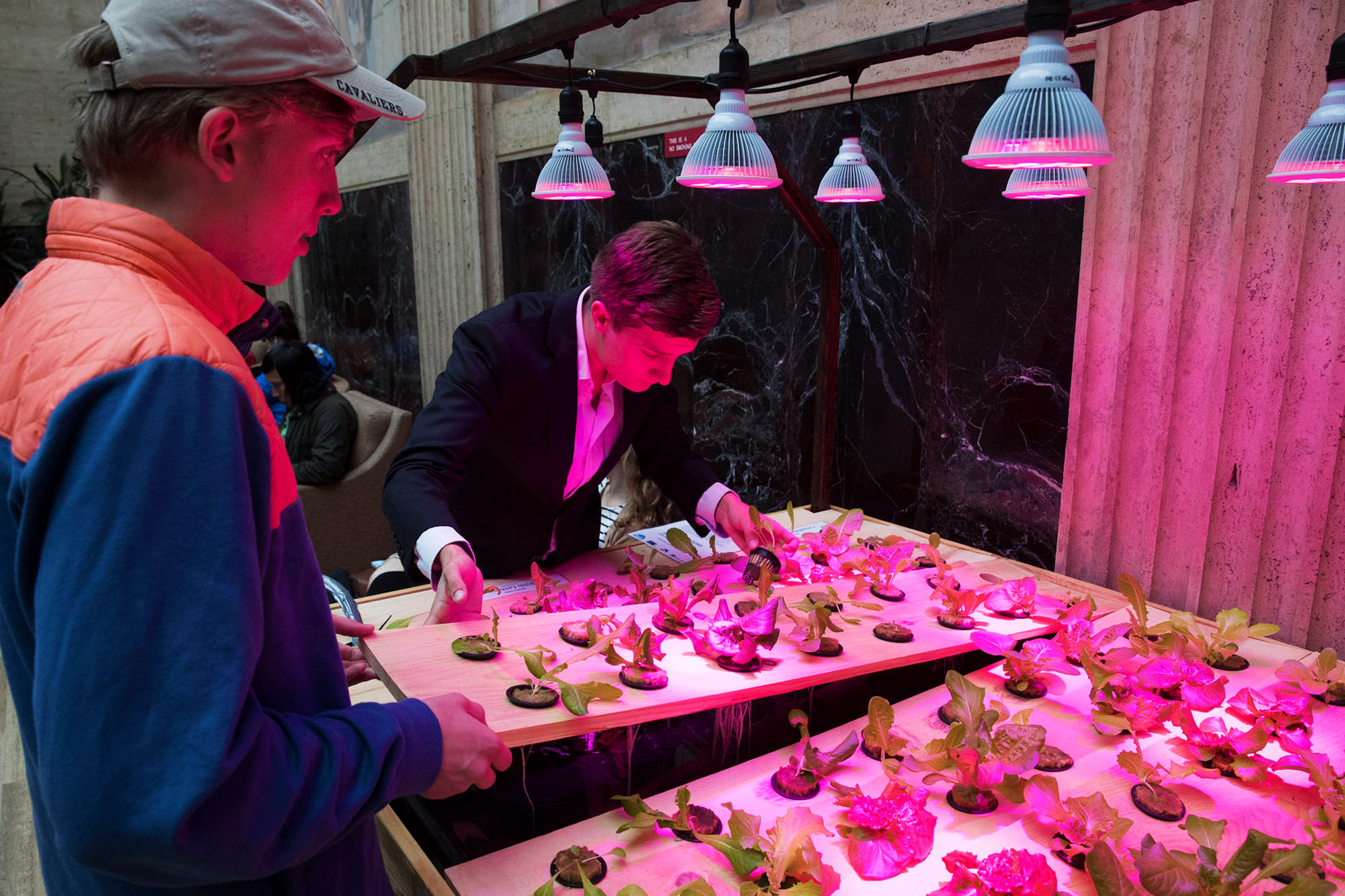 Olesen and Rumi also see a possible educational aspect to of their hydroponics system.

“A lot of the early interest we’ve gotten has been in having these in schools, teaching children how to grow in the community garden, or having these in low-income neighborhoods so that there’s a public space where residents can grow their own food,” Rumi said. “Beyond having the perfect product that everyone can have in their home, we would like to give back to communities that are in need of things like this. I think this is a great step to solving food insecurity.”

“We are connecting people to where food comes from,” Olesen said.

Meet the New Cavalier on Horseback: She’s Eager To ‘Carry On a Legacy’ END_OF_DOCUMENT_TOKEN_TO_BE_REPLACED

Monkeypox Is Spreading, But University’s Risk Believed To Be Low END_OF_DOCUMENT_TOKEN_TO_BE_REPLACED

Virginia Football – For All Virginia END_OF_DOCUMENT_TOKEN_TO_BE_REPLACED