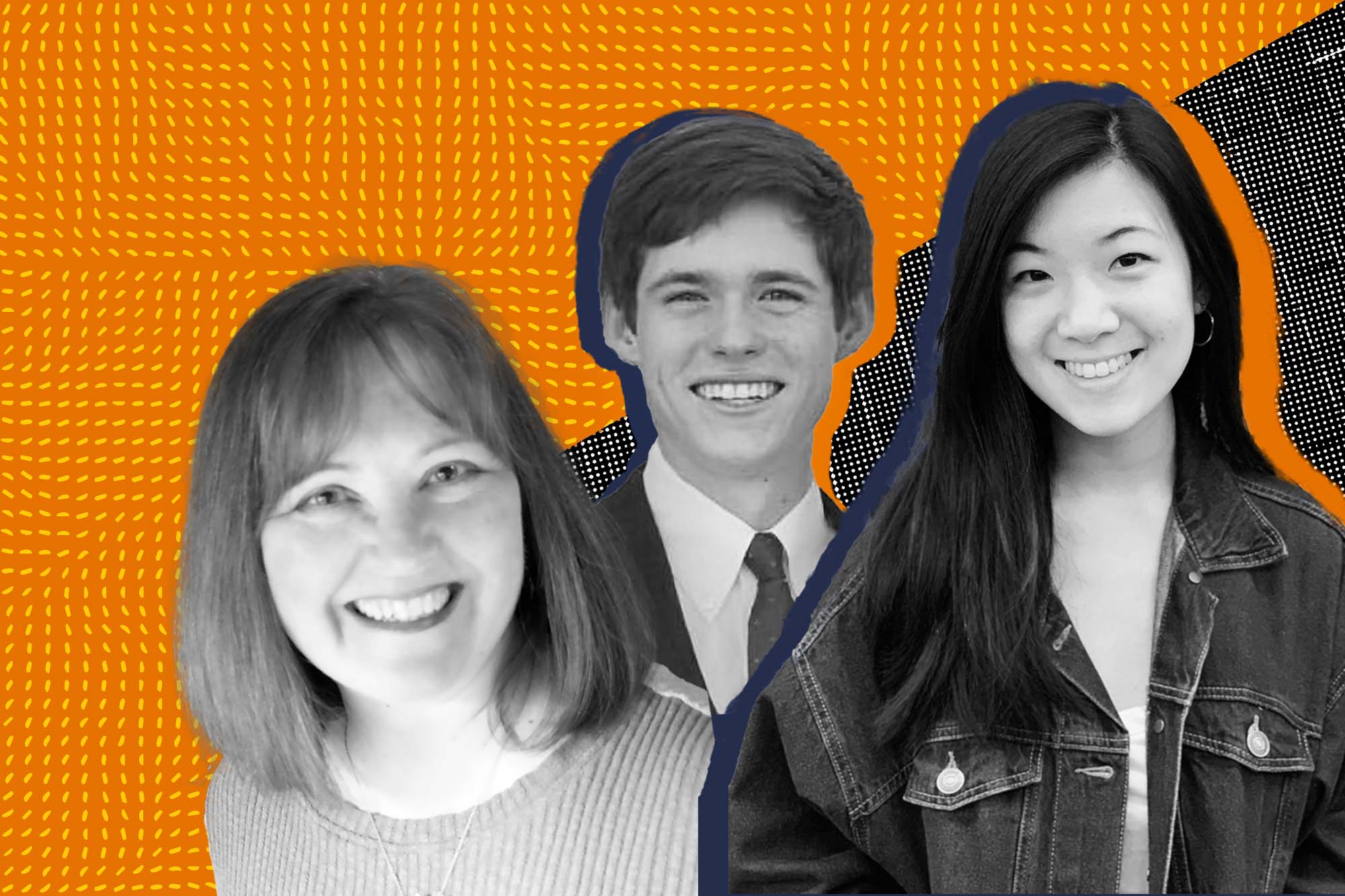 Many people’s lives became infinitely harder after the pandemic hit last March, perhaps nobody more so than those working in health care.

Dana Palmer, a nurse in UVA Health’s cardiac care unit, certainly had her hands full. After COVID-19 struck, Palmer’s unit was left shorthanded when University of Virginia student volunteers from Madison House – the independent, nonprofit volunteer center for UVA students – were no longer able to coordinate rounding, a task they had helped conduct since 2015 through the cardiac care unit’s Rounding With Heart program.

Rounding is the long-standing practice in which internal medicine physicians, residents, and medical students come together to discuss patient care, communicate with patients and families and advance students' medical education.

The UVA student volunteers had been in charge of the rounding schedule – working to ensure that every health care provider was present who needed to be, and that the patients were ready as the team moved through the unit.

Suddenly Palmer – as if she didn’t have enough other things to worry about – found herself trying to do the job of about 10 volunteers herself.

Palmer and her fellow nurses managed to keep things running until this past fall. That’s when she got the student volunteers back through a virtual version of the program she created with the help of UVA Health volunteer coordinator Maureen Oswald.

Palmer created a training video for UVA students Graham Quinn and Connie Jiang, who had volunteered previously. In turn, they recruited and trained other Madison House volunteers for the program.

Quinn and Jiang coordinate round schedules virtually now, for both those in the hospital and for their fellow volunteers at home. Through a real-time video feed, Quinn, Jiang and other student volunteers can also watch a team of more than a dozen medical professionals – physicians, nurses, case managers, social workers, pharmacists and cardiac specialists – discuss a patient, continuing the education aspect of the program.

Thanks to the duo’s contributions, things have been relatively back to normal – from a rounding perspective – since November.

“They came in at a crucial time and helped us get back on track, because we were just stretched so thin,” Palmer said. 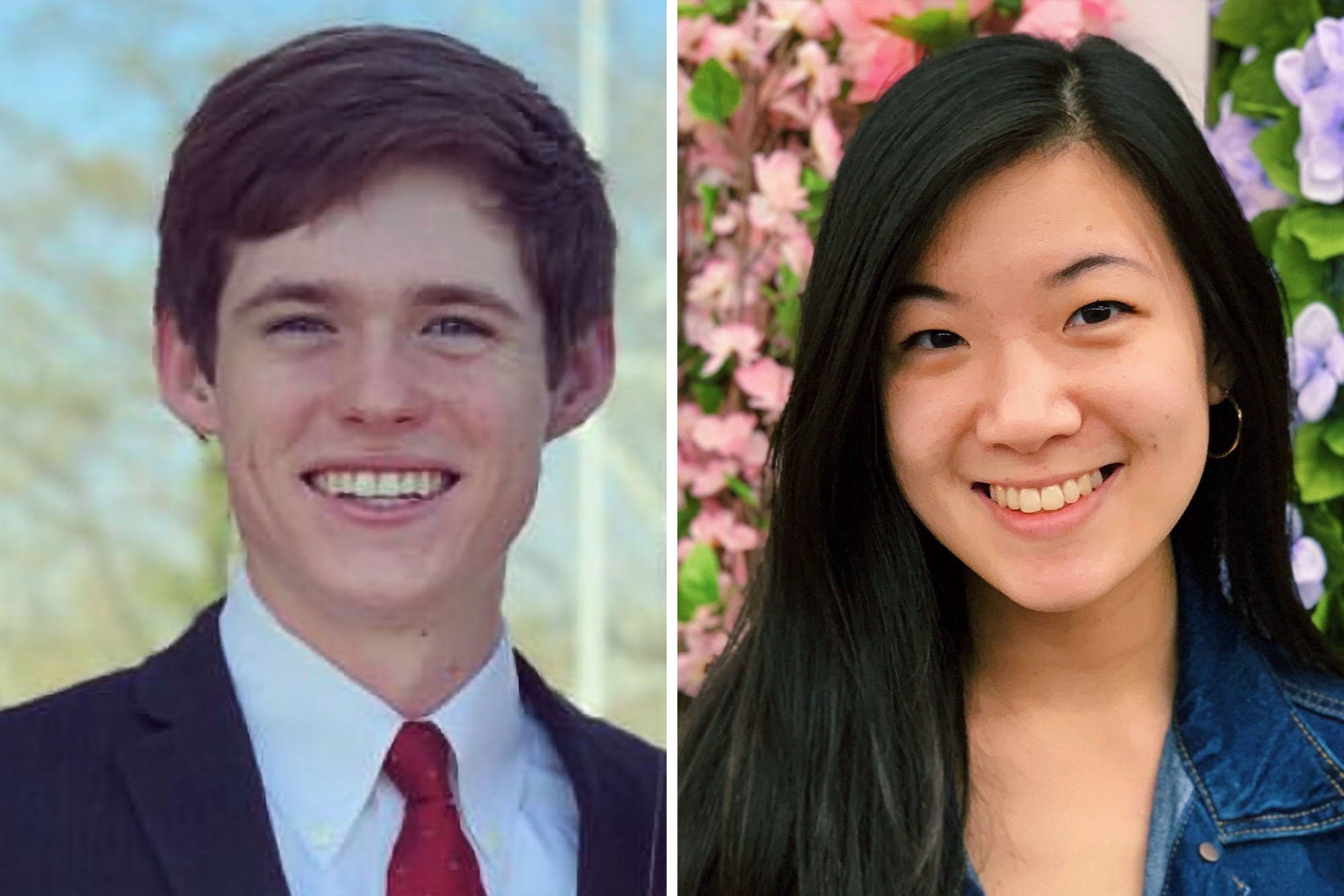 Without having to worry about scheduling and paging, among many tasks, Palmer now has one less ball in the air to juggle and can focus more on patients.

“[Quinn and Jiang] have expertly managed all of the volunteers,” Palmer said. “They created a Google calendar to organize the volunteers so that we can all see who’s going to be working each day, and also if somebody can’t be there, you can see a hole, and they’ve managed to never let us have a hole in the schedule – even throughout the holidays.

“I’ve never known whether they were at home or at school, but wherever they are, they haven’t missed a single day. They worked throughout Christmas and the entire winter break. It’s just been amazing.”

Quinn and Jiang have put in more than 700 and 300 volunteer hours, respectively, in the program during their time on Grounds.

Quinn, a fourth-year student from Ennis, Texas, who is majoring in neuroscience, has been volunteering through Madison House medical services since the fall of his first year and now directs the health system program.

“You often hear about the importance of teamwork in roles in the medical field, but it really is amazing to see how well the staff communicate, especially virtually, every day about the health of their patients.”

Jiang is a fourth-year statistics major from Princeton, N.J., who has also been volunteering since her first year.

Both hope to go into the medical profession after they graduate and say the experience has been invaluable.

“I think what makes Rounding With Heart so special is that it emphasizes the need for a multidimensional approach to patient care,” Jiang said. “Everyone on the team has a different role in terms of what they can provide for the patient, and the fact that this team of medical professionals meets for two hours or more every day to pool their perspectives and piece together how they can optimize patients’ experiences during their stay is really inspiring.

“It’s also a very collaborative environment where everyone’s input is valued, which is another aspect of Rounding With Heart that I admire; the attending doctor doesn’t act like he knows everything, but rather seems to humbly understand that he’s just one part of a bigger picture, often asking for suggestions and advice from the social workers, nurses, pharmacists and residents as to how they would approach certain aspects of a patient’s situation.”

Quinn added, “You learn the basic structure of how the residents present as well as notice things about a patient that may make the presentation take more or less time than usual. The attending physicians are on a rotation and the resident physicians change every few weeks, so we are constantly learning and adjusting.

“Also, you often hear about the importance of teamwork in roles in the medical field, but it really is amazing to see how well the staff communicate, especially virtually, everyday about the health of their patients.”

Volunteers usually begin their day at 7:30 every morning and some, depending on their class schedules, work until 11 p.m.

According to Palmer, a silver lining of the switch to virtual rounding is that there are now fewer gaps in the schedule than there were prior to the pandemic when students typically took a few weeks off for winter break.

“I didn’t even ask them to [keep working],” Palmer said. “They just committed that this was what they were going to do to support us. It was just fantastic.”

Palmer, who has worked at UVA Health since 1998, can’t say enough about all of the Madison House volunteers who have been a part of Rounding with Heart.

“They provide a great service to us,” she said, “and I hope that they’re getting a lot out of it, too.”