Study: Exercise During Pregnancy May Save Children From Health Problems as Adults 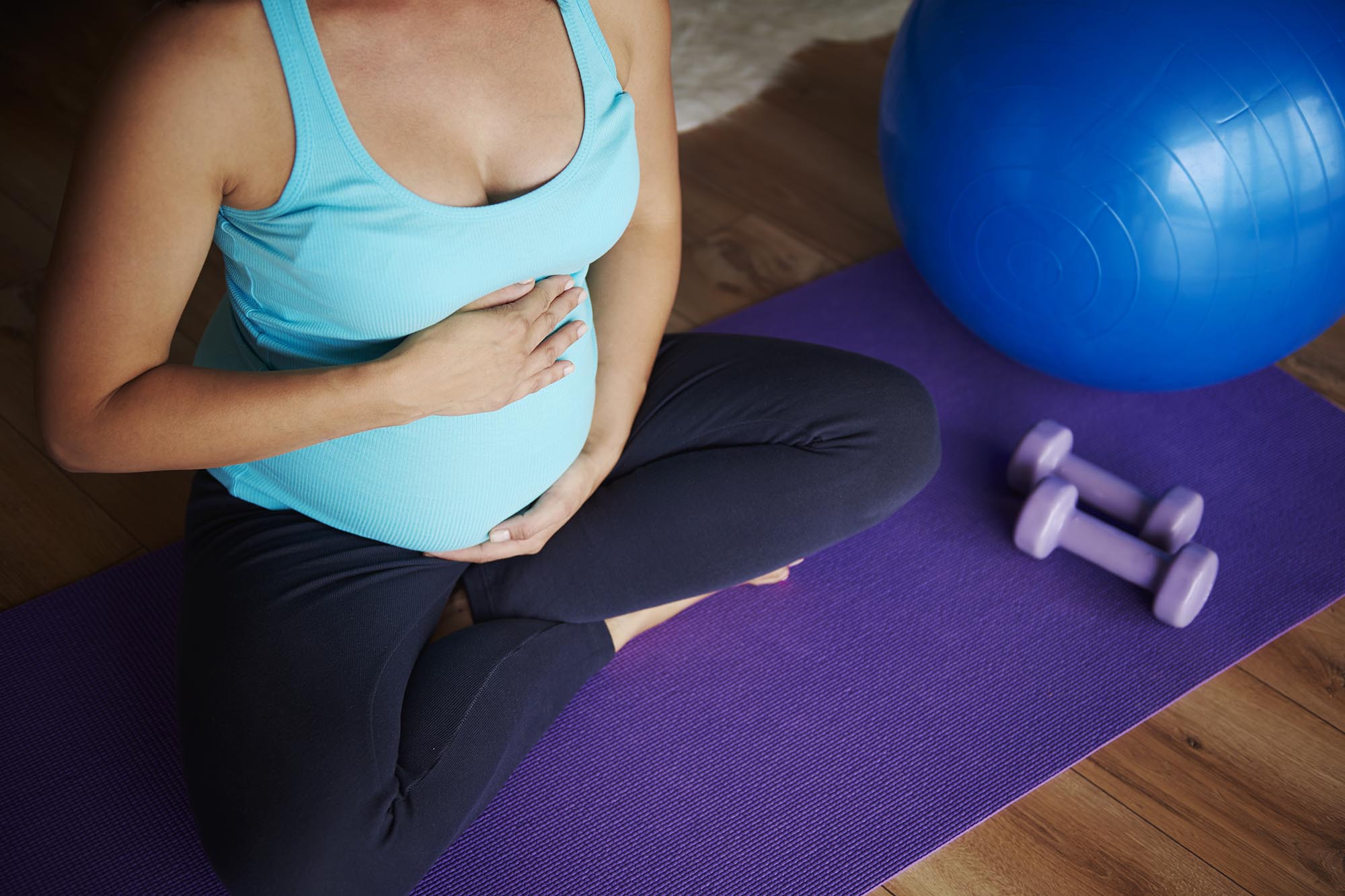 A UVA study found that exercise during pregnancy not only helps lead to healthy babies, but may benefit children throughout their lives.

Exercise during pregnancy may enable mothers to significantly reduce their children’s chances of developing diabetes and other metabolic diseases later in life, new research suggests.

A study in lab mice has found that maternal exercise during pregnancy prevented the transmission of metabolic diseases from an obese parent – either mother or father – to child. If the finding holds true in humans, it will have “huge implications” for helping pregnant women ensure their children live the healthiest lives possible, the researchers report in a new scientific paper.

This means that one day soon, a woman’s first trip to the doctor after conceiving might include a prescription for an exercise program. 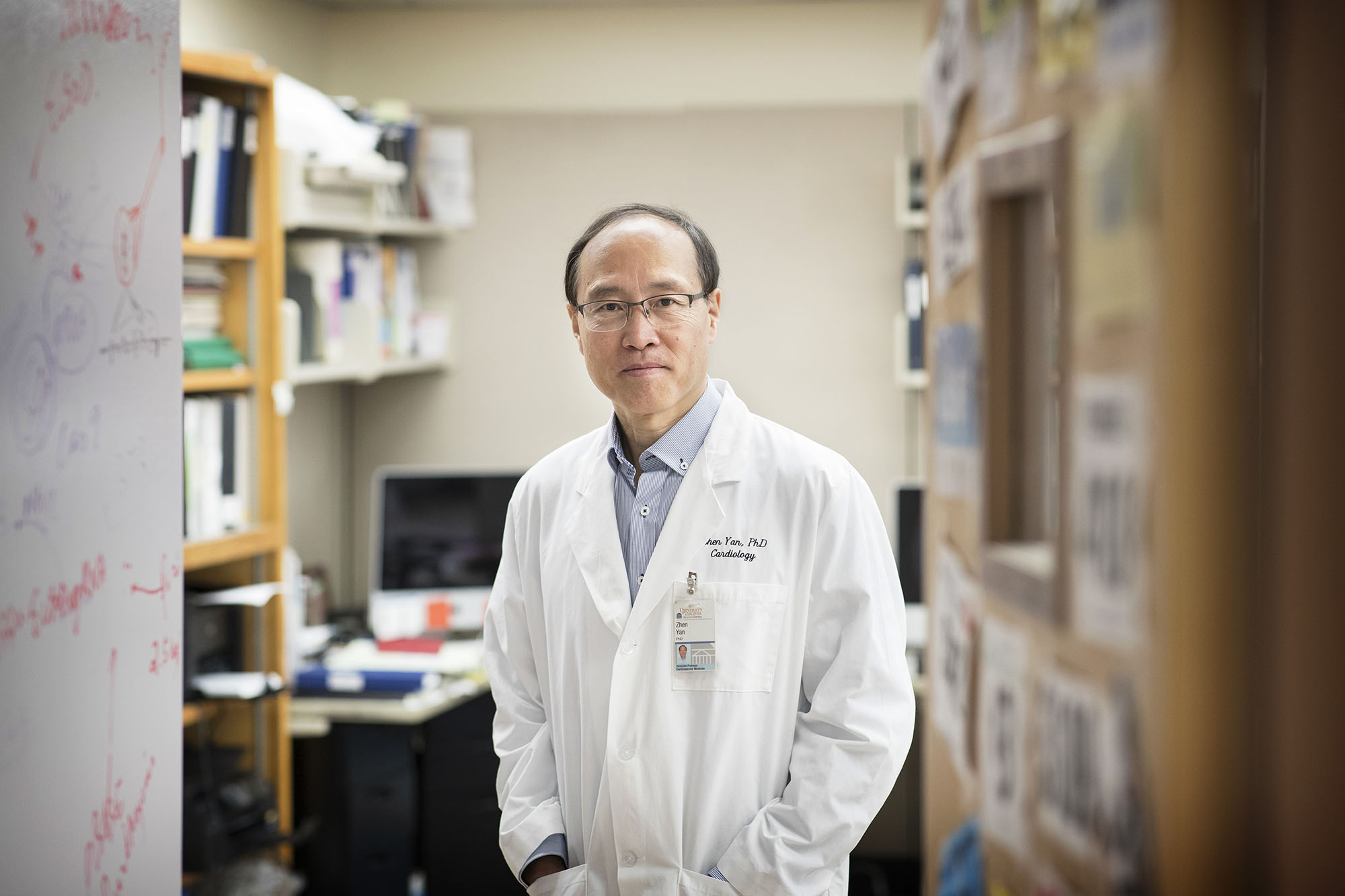 Researcher Zhen Yan is a top exercise expert at the University of Virginia School of Medicine. (Photo by Dan Addison, University Communications)

“Most of the chronic diseases that we talk about today are known to have a fetal origin. This is to say that the parents’ poor health conditions prior to and during pregnancy have negative consequences to the child, potentially through chemical modification of the genes,” said researcher Zhen Yan, a top exercise expert at the University of Virginia School of Medicine. “We were inspired by our previous mouse research implicating that regular aerobic exercise for an obese mother before and during pregnancy can protect the child from early onset of diabetes. In this study, we asked the questions, ‘What if an obese mother exercises only during pregnancy? And what if the father is obese?’”

Scientists have known that exercise during pregnancy helps lead to healthy babies, reducing the risk of pregnancy complications and premature delivery. But Yan, the director of the Center for Skeletal Muscle Research at UVA’s Robert M. Berne Cardiovascular Research Center, wanted to see if the benefits continued throughout the children’s lives. And his work, both previous and new, suggests it does.

To determine that, Yan and his collaborators studied lab mice and their offspring. Some of the adult mice were fed typical mouse chow before and during pregnancy, while other were fed a high-fat, high-calorie diet to simulate obesity. Some receiving the high-fat diet before mating had access to a voluntary running wheel only during pregnancy, where they could run all they liked, while others did not, meaning they remained sedentary.

The results were striking: Both mothers and fathers in the high-fat group could predispose their offspring to metabolic disorders. In particular, male offspring of the sedentary mothers on high-fat diets were much more likely to develop high blood sugar and other metabolic problems in adulthood.

To better understand what was happening, the researchers looked at the adult offspring’s metabolism and chemical (epigenetic) modification of DNA. They found there were significant differences in metabolic health and how active certain genes were among the different groups of offspring, suggesting that the negative effects of parental obesity, although different between the father and the mother, last throughout the life of the children.

The good news is that maternal exercise only during pregnancy prevented a host of epigenetic changes that affect the workings of the offspring’s genes, the researchers found. Maternal exercise, they determined, completely blocked the negative effects of either mother’s or father’s obesity on the offspring.

The results, they say, provide the first evidence that maternal exercise only during pregnancy can prevent the transmission of metabolic diseases from parent to child.

“The take-home message is that it is not too late to start to exercise if a mother finds herself pregnant,” Yan said. “Regular exercise will not only benefit the pregnancy and labor, but also the health of the baby for the long run.

“This is more exciting evidence that regular exercise is probably the most promising intervention that will help us deter the pandemic of chronic diseases in the aging world, as it can disrupt the vicious cycle of parents-to-child transmission of diseases.”

The research was supported by an American Heart Association post-doctoral fellowship (14POST20450061) to Laker.

When Less Is More: How Harnessing the Power of Subtraction Can Add to Life END_OF_DOCUMENT_TOKEN_TO_BE_REPLACED