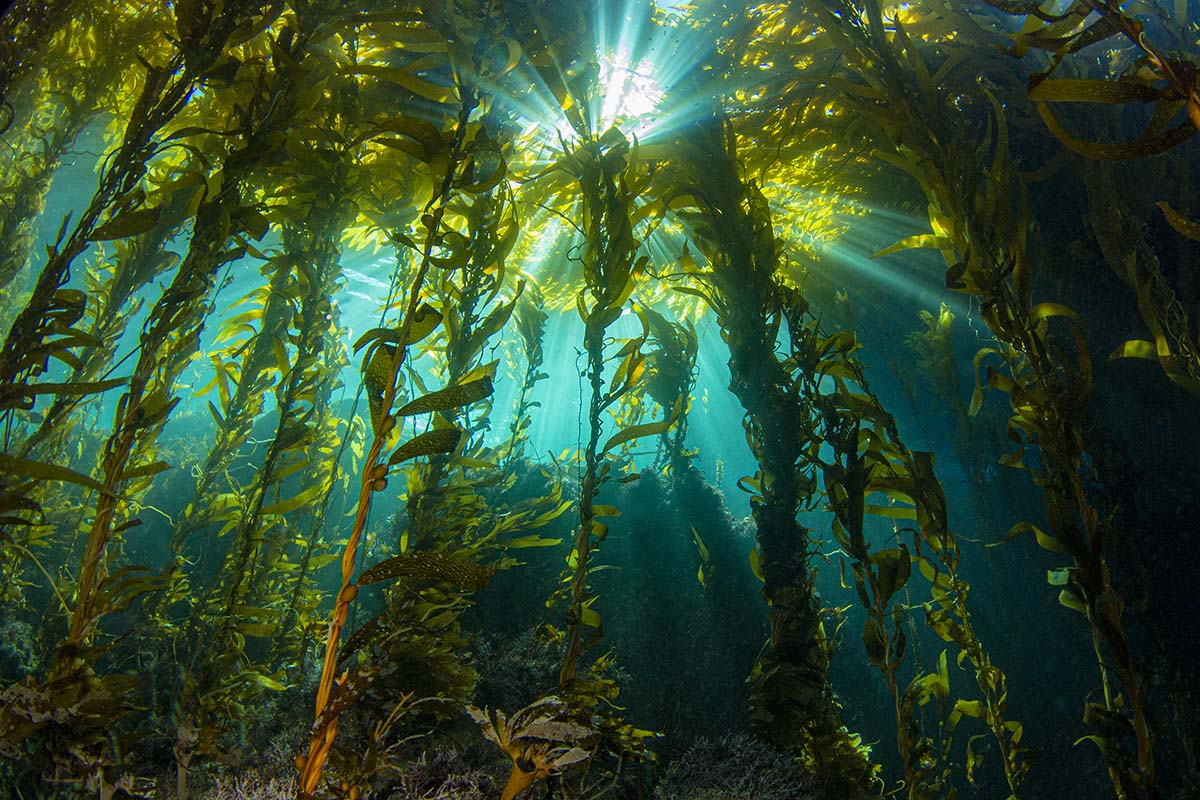 A lush canopy is a defining feature of most of the planet’s forests. But canopy-forming species can be particularly vulnerable to disturbances and environmental change – even those forests found under the sea. But what is a forest without its trees?

Researchers at the University of Virginia and the University of California, Santa Barbara are addressing this question by looking at how the productivity, or growth, of kelp forests changes when its biggest species, the one that forms its canopy, is no longer present.

“Primary productivity is the fuel that powers ecosystems and the basis for biodiversity, nutrient cycling and carbon sequestration, so understanding what controls primary productivity is one of the most important questions in ecology,” said Max Castorani, an assistant professor in UVA’s Department of Environmental Sciences.

After a 10-year experiment that involved repeatedly removing giant kelp from their ecosystems, lead researcher Castorani and his colleagues discovered that, while smaller understory algae did take advantage of the brighter conditions that resulted, they weren’t able to compensate for the lost productivity of giant kelp, a marine seaweed that scientists have dubbed the “sequoias of the sea.” The team’s study, published in Ecology Letters, concludes that the canopy-forming giant kelp, the largest of its kind, plays a fundamental role in driving the productivity of the coastal ecosystems to which it belongs.

In both terrestrial and aquatic forests, a canopy performs many functions. It forms habitat, creates microclimates, and provides the foundation of entire food webs, from herbivores to carnivores to organisms that feed on decomposing organic matter. Smaller plants that make up the understory also contribute to the process of primary production, or the creation of organic matter from sunlight, but prior to the start of the study, it was unclear if those plants could do the same work.

Speculating that understory vegetation might compensate for the loss of giant kelp, the team devised an experiment that would mimic the conditions created by natural disturbances, such as ocean storms and heat waves, by clearing the canopy from patches of forest and then recording how much light reached the forest floor and how much growth, or biomass, was produced by the exposed understory. Because giant kelp grows and dies quickly, the team was able to look at many cycles of disturbance and recovery over the course of 10 years; whereas a similar study could have taken decades or centuries in a terrestrial forest, said study coauthor, Dan Reed, a research biologist with UC Santa Barbara. 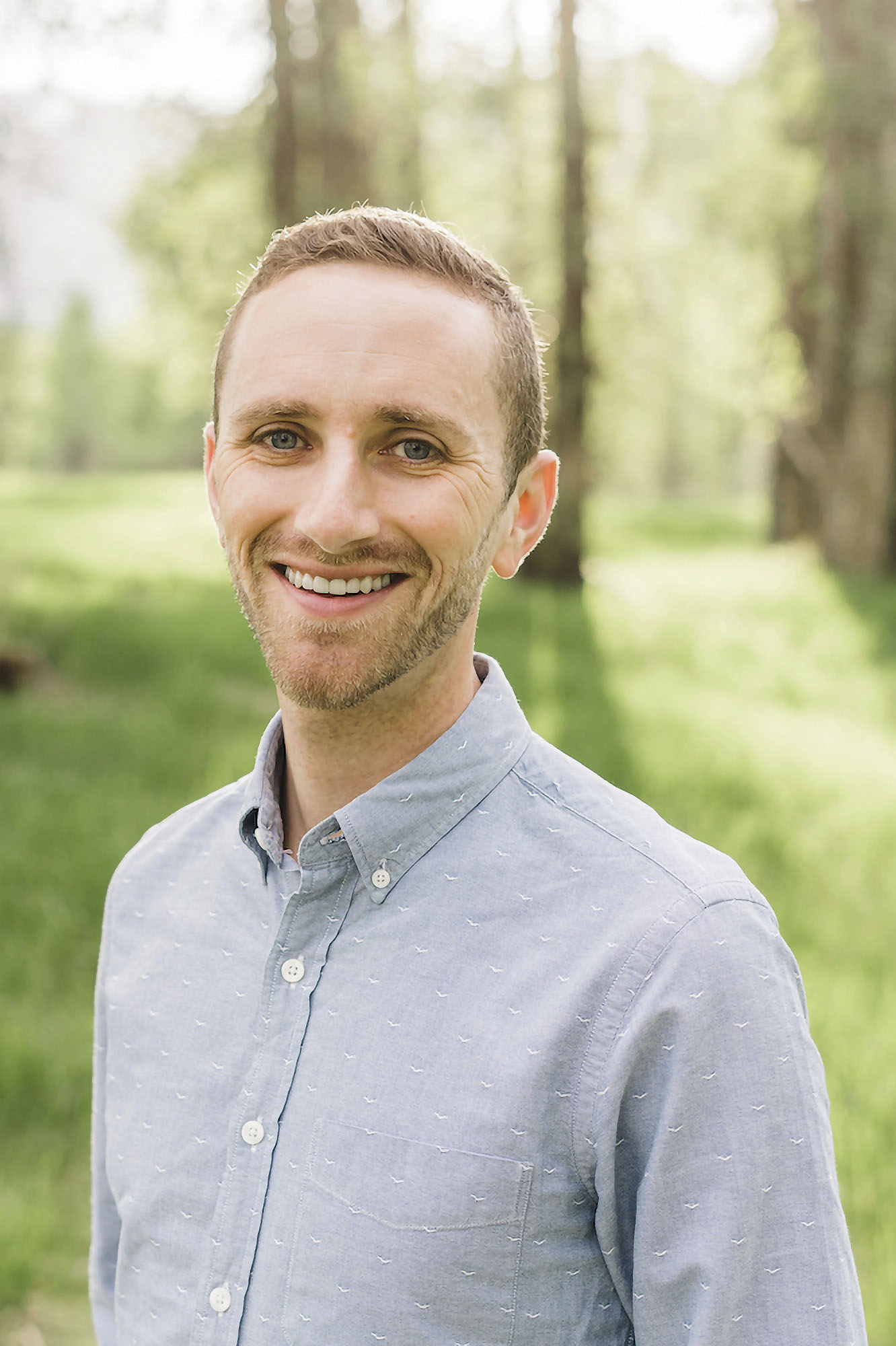 Located just offshore, the test beds studied by the Santa Barbara Coastal Long Term Ecological Research Project, or SBC LTER, are part of the National Science Foundation’s LTER Network, set up to investigate ecological processes over longer timespans. In order to draw more robust conclusions, the team ran the study under a variety of conditions, conducting the experiment at five different locations in the Santa Barbara Channel. Some were ideal for algal growth, featuring plenty of hard surfaces for the seaweed to grow on and few sea urchins which feed on kelp and other algae. Other sites provided less-than-ideal conditions for growth.

At each site, the scientists marked off three plots: one to serve as a control, a second cleared of giant kelp on a yearly basis to mimic the effects of winter swells and storm surges that can uproot the forest canopy, and a third cleared quarterly to provide researchers with a picture of what happens when giant kelp is simply absent, a scenario that may become more common in the future as ocean conditions change.

Building on several years of experience collecting samples and taking measurements, the team used non-destructive methods to estimate algal growth and productivity which allowed them to more accurately establish relationships between biomass and measures like canopy cover or algae size for around 30 different species.

Calculating productivity from these efforts required building on yet more past work. Study coauthors Robert Miller and Shannon Harrer, researchers at UC Santa Barbara, had already developed a bio-optical model that predicts the productivity of seaweeds under a particular amount of light. By feeding this model light and biomass data from the field sites, the team was able to calculate the productivity of the kelp forest with greater accuracy.

“This is an important finding,” Harrer said. “It highlights the importance of considering site-level factors when we assess the impacts of disturbance on ecosystem function.”

Even though the understory can compensate for some of the lost productivity from the canopy, it doesn’t mean the total impact of that productivity will be the same, however. A great deal of giant kelp ends up washing onto beaches, for example, which affects that ecosystem, too.

“Southern California has some of the highest diversities of beach organisms in the world,” Miller said, “and that’s because of giant kelp, which is the most important source of beach wrack.” Other seaweeds simply can’t fill that role, he explained.

Understanding the long-term and more broad-ranging effects of changes to kelp forest canopies is one of the key aspects of the study, explained Castorani, who was a researcher at UC Santa Barbara before coming to UVA.

“These changes took time to develop, even in a really dynamic, fast-growing environment like a kelp forest,” he said. “Most field studies last less than three years. If we had run our experiment for only a few years, we would have missed these dramatic changes and come to different conclusions.”

The results may have important implications for the future as the climate continues to change. Stronger and more frequent storms, warmer water and changes to ocean chemistry may create unfavorable conditions for giant kelp. Climate change and human activities threaten forests on land. This could alter ecosystem productivity and biomass and the complex interactions among different species.

The team stopped removing kelp from the experimental plots in 2018, but they continue to monitor the sites and track how the ecosystem changes as it recovers, in addition to conducting a long-term experiment that will look at competitive interactions between invertebrates and understory algae.

“Kelp forests play a vital role in coastal environments and provide many benefits to society,” Castorani said. “We need long-term experiments like these to understand how future ecosystems will function in a changing ocean.”

It’s Copperhead Season in Virginia. Here Is What You Need to Know END_OF_DOCUMENT_TOKEN_TO_BE_REPLACED

What’s Next for UVA’s Class of 2022? END_OF_DOCUMENT_TOKEN_TO_BE_REPLACED