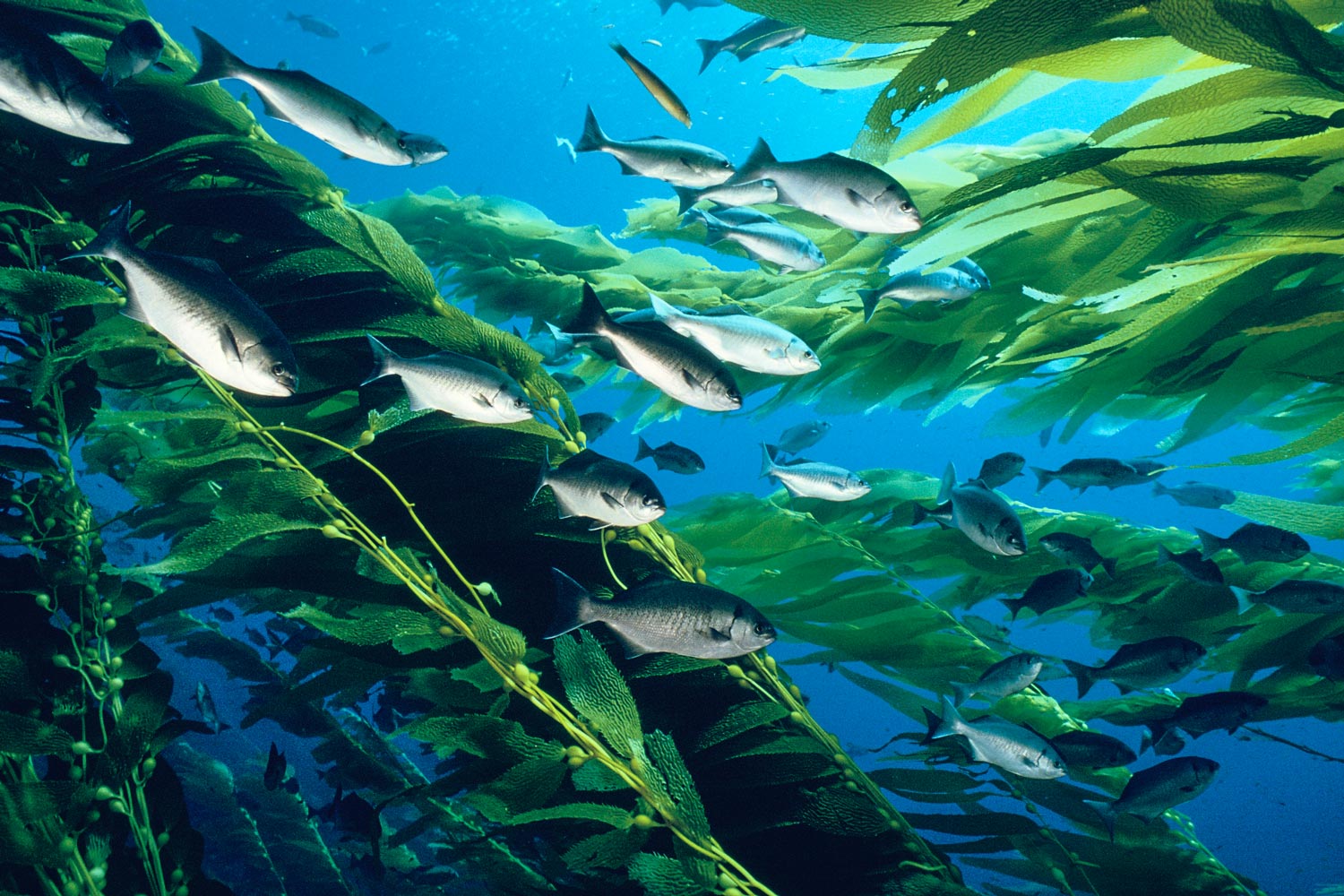 A large-scale, long-term experiment on kelp forests off Southern California brings new insight to how the biodiversity of coastal ecosystems could be impacted over time as a changing climate potentially increases the frequency of ocean storms.

Researchers at the University of Virginia and the University of California, Santa Barbara experimentally mimicked the loss of undersea giant kelp forests at four locations off the coast of Santa Barbara and found that increasing storm frequency – as predicted by some climate change models – could dramatically alter the ratios and types of sea life that live along the California coastline.

“We found that the frequency of disturbance was the most important factor influencing kelp forest biodiversity, whereas the severity of disturbance in a given year played a minor role,” said lead researcher Max Castorani, a professor of environmental sciences at UVA. 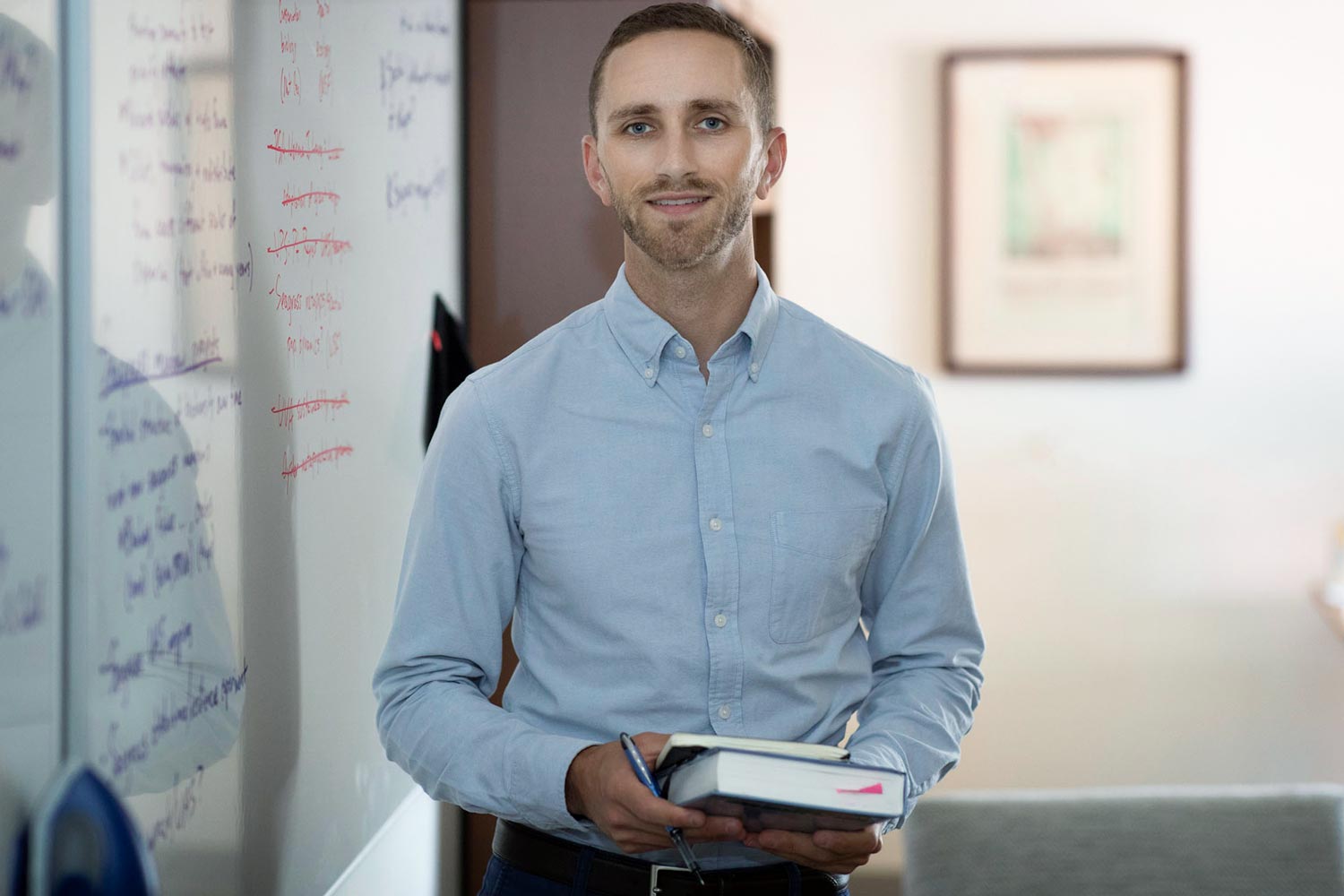 The study appears online Oct. 30 in the journal Ecology, and comes as scientists are trying to anticipate the ecological consequences of a changing climate. It is among the few long-term experiments to look into how kelp forests, which are major coastal marine habitats throughout the world, could change over time if climate model predictions play out in nature as many scientists expect. Some climate forecasts indicate that storm frequency and severity will increase, as already is happening in some regions.

To arrive at their findings, the researchers counted and measured more than 200 species of plants, invertebrates and fishes in large experimental and control kelp forests off Santa Barbara every three months over a nine-year period. They found that annual disturbances where kelp forests were experimentally cut back and reduced year-after-year, as happens during severe winter storms involving large waves, resulted in a doubling of smaller plants and invertebrates attached to the seafloor (algae, corals, anemones, sponges), but also resulted in 30 to 61 percent fewer fish and shellfish, such as clams, sea urchins, starfish, lobsters and crabs.

“Our findings surprised us because we expected that a single severe winter storm would result in big changes to kelp forest biodiversity,” Castorani said. “Instead, the number of disturbances over time had the greatest impact because frequent disturbances suppress the recovery of giant kelp, with large consequences for the surrounding sea life.” 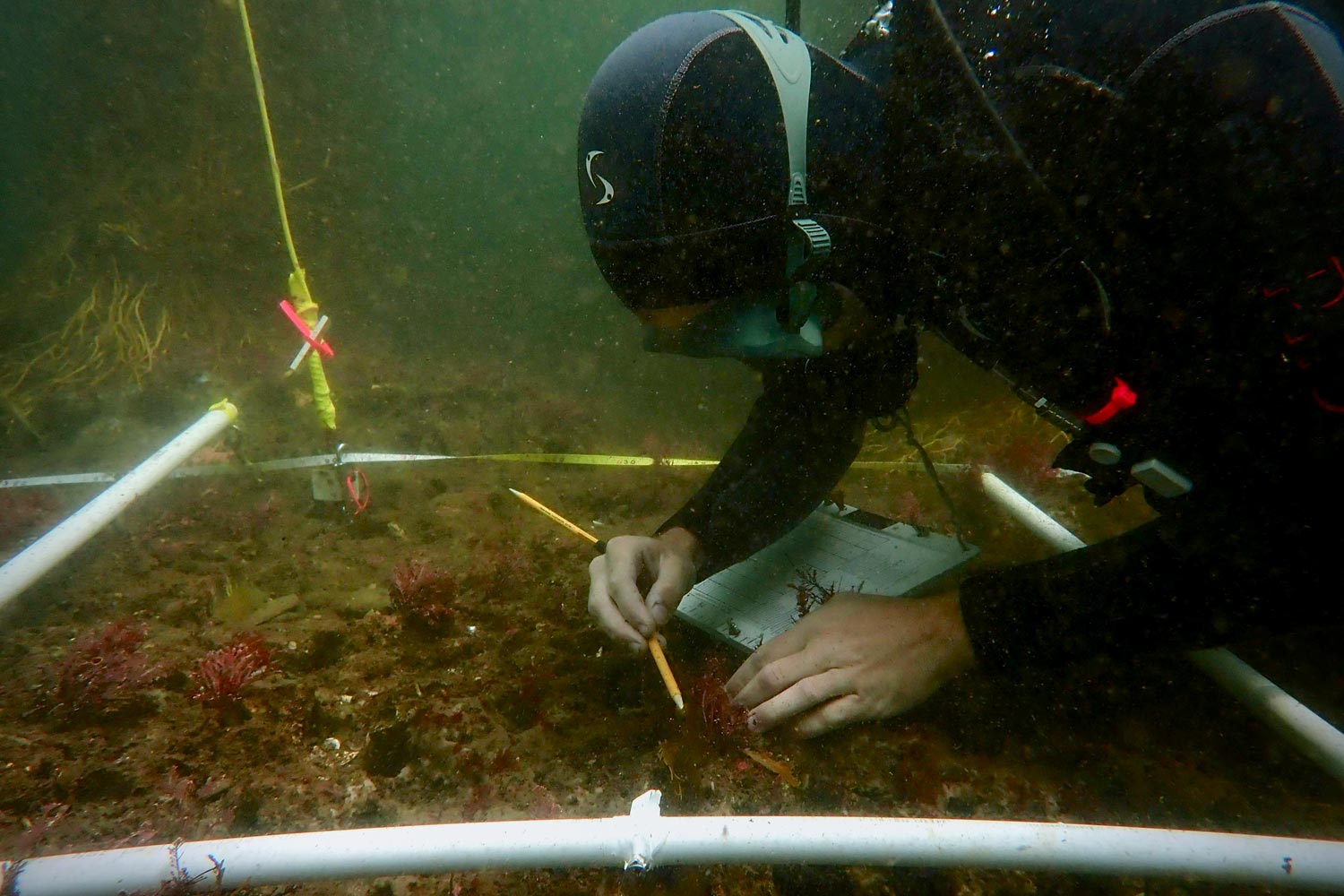 As the largest of all algae, giant kelp grows up to 100 feet from the sea floor to the water’s surface, creating a dense canopy, much like a terrestrial forest, that provides shading and shelter to organisms farther down in the water column and on the sea bottom. When the forest is destroyed by a large storm, the “understory” becomes brighter with sunlight, but is less physically complex and productive overall, affecting the balance of species diversity. While it is normal for this to periodically happen when large offshore storms drive destructive waves to the coastline, the forests typically recover rapidly. But greater frequency of storms would repeatedly hamper recovery, eventually resulting in vastly altered marine life.

The experiment was conducted at the National Science Foundation’s Santa Barbara Coastal Long-Term Ecological Research site. The NSF funds numerous long-term research projects around the world designed to gain a big-picture view of changes to ecosystems over decades and beyond.

“It’s a significant finding that the severity and frequency of disturbances influence kelp bed communities in different ways,” said David Garrison, a director of the NSF’s Long-Term Ecological Research program, which funded the study. “We need this kind of research to predict what future kelp bed communities will look like, and what ecosystem services they will provide.”

Castorani said the nine-year study demonstrates the value of long-term ecological research for understanding environmental change as it occurs, like viewing a film of the environment rather than taking a snapshot that captures only a moment in time.

“Much of the focus of prior research has been on the response to a single event, but our new experiment shows the importance of studying repeated disturbances over many years,” he said. “We would not have been able to understand the ecology of this system without the long-term support of NSF’s LTER program.”

In addition to his research in California, Castorani also conducts studies of biodiversity at UVA’s Anheuser-Busch Coastal Research Center, located on Virginia’s Eastern Shore, where NSF has long funded a Long-Term Ecological Research project at The Nature Conservancy’s Virginia Coast Reserve since 1987.