Study: Racial Bias in Pain Perception Appears Among Children as Young as 7 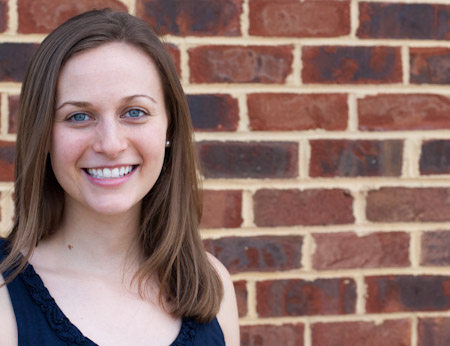 Rebecca Dore, lead investigator of a study on racial bias in pain perception among children

A new University of Virginia psychology study has found that a sample of mostly white American children – as young as 7, and particularly by age 10 – report that black children feel less pain than white children.

The study, which builds on previous research on bias among adults involving pain perception, is published in the Feb. 28 issue of the British Journal of Developmental Psychology.

“Our research shows that a potentially very harmful bias in adults emerges during middle childhood, and appears to develop across childhood,” said the study’s lead investigator, Rebecca Dore, a Ph.D. candidate in developmental psychology at U.Va.

Dore noted that this finding is important because many kinds of explicit biases emerge in early childhood – such as children wanting to play with friends of their own race – but those types of biases often decline in later childhood.

“Our finding can’t speak to how parents or teachers, for example, might intervene and try to halt these biases at an early age, but we currently are running a study that might speak to that question,” Dore said. “However, what this study can inform is the timing of any interventions. If we want to prevent this bias from developing, it needs to be done by age 7, or age 10 at the latest.”

Dore said that parents and teachers often feel uncomfortable addressing issues of race with young children, but the study suggests that, because bias is present at young ages, adults should begin addressing it early.

“Talking to children about racial issues early may be important for preventing the development of biases that could have consequences in adulthood,” she said.

Dore and her colleagues conducted their investigation by testing children at ages 5, 7 and 10. The children were asked to rate the severity of pain that they believed would be felt by other children of the same gender in different situations, such as bumping their head, or slamming a hand in a door. When shown pictures of black children, the 7- and 10-year-olds tended to rate the pain as being less severe than when they were shown pictures of white children.

The scope of Dore’s study does not explain why children are exhibiting this bias; however, her collaborators have research showing that one reason adults perceive black people as feeling less pain is because they assume black people have experienced more hardship in their lives. The researchers currently are investigating whether such perceptions may explain this bias in children.

Participants in the study were primarily white; therefore the study does not address whether similar biases occur among a sample of black children. Future studies may look into that question, Dore said.

The research was done in light of similar studies conducted with adults, which have shown that white and black adults tend to perceive black people as feeling less pain than white people. The researchers believe that current racial disparities in health care, particularly in pain management, may be partly based on these perceptions.

When Less Is More: How Harnessing the Power of Subtraction Can Add to Life END_OF_DOCUMENT_TOKEN_TO_BE_REPLACED