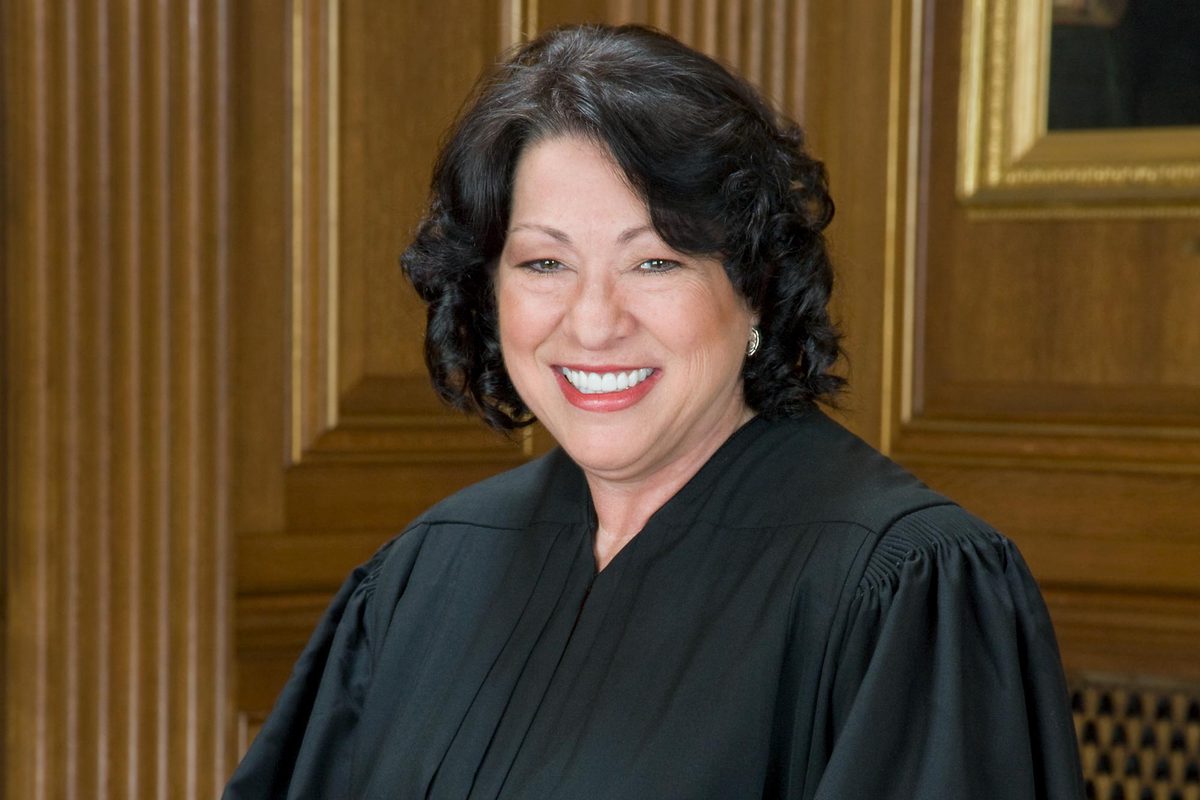 U.S. Supreme Court Justice Sonia Sotomayor has been named the 2020 recipient of the Thomas Jefferson Foundation Medal in Law.

“Justice Sotomayor is truly a pathbreaking jurist,” Dean Risa Goluboff said. “Appointed to three different federal courts by three different presidents, her judicial career has been marked by a deep concern for the law’s real-world implications and its impact on the American people. We are thrilled to welcome her to the Law School and to honor her remarkable legacy.”

President Barack Obama nominated Sotomayor to be an associate justice of the Supreme Court on May 26, 2009, and she assumed the role Aug. 8 of the same year. She is the first Latina to become a Supreme Court justice.

She previously served as a judge on the Second U.S. Circuit Court of Appeals, from 1998 to 2009, and on the U.S. District Court for the Southern District of New York, from 1992 to 1998. Sotomayor litigated international commercial matters in New York at Pavia & Harcourt, where she served as an associate and then partner, from 1984 until 1992. She served as assistant district attorney in the New York County District Attorney’s Office from 1979 to 1984.

On the high court, she was the lone dissenter in Mullenix v. Luna, which held that a police officer who shot a suspect during a police pursuit was entitled to qualified immunity. “By sanctioning a ‘shoot first, think later’ approach to policing, the Court renders the protections of the Fourth Amendment hollow,” she wrote.

Sotomayor’s solo concurrence in U.S. v. Jones, which held that installing a GPS tracking device to a vehicle constitutes a search under the Fourth Amendment, garnered influence in other federal privacy cases. “It may be necessary to reconsider the premise that an individual has no reasonable expectation of privacy in information voluntarily disclosed to third parties,” she writes.

She also authored the court’s opinion in J. D. B. v. North Carolina, which held that age is relevant when determining police custody for Miranda purposes.

She is the author of “Just Ask! Be Different, Be Brave, Be You,” “My Beloved World,” “The Beloved World of Sonia Sotomayor” and “Turning Pages: My Life Story.”

Sotomayor is the eighth Supreme Court justice to receive the Thomas Jefferson Foundation Medal in Law since its inception in 1977.

She earned her J.D. from Yale Law School and her B.A. from Princeton University.

Past Jefferson Medal in Law Recipients