This Surgeon is Redefining the Possibilities of Organ Transplant Surgery 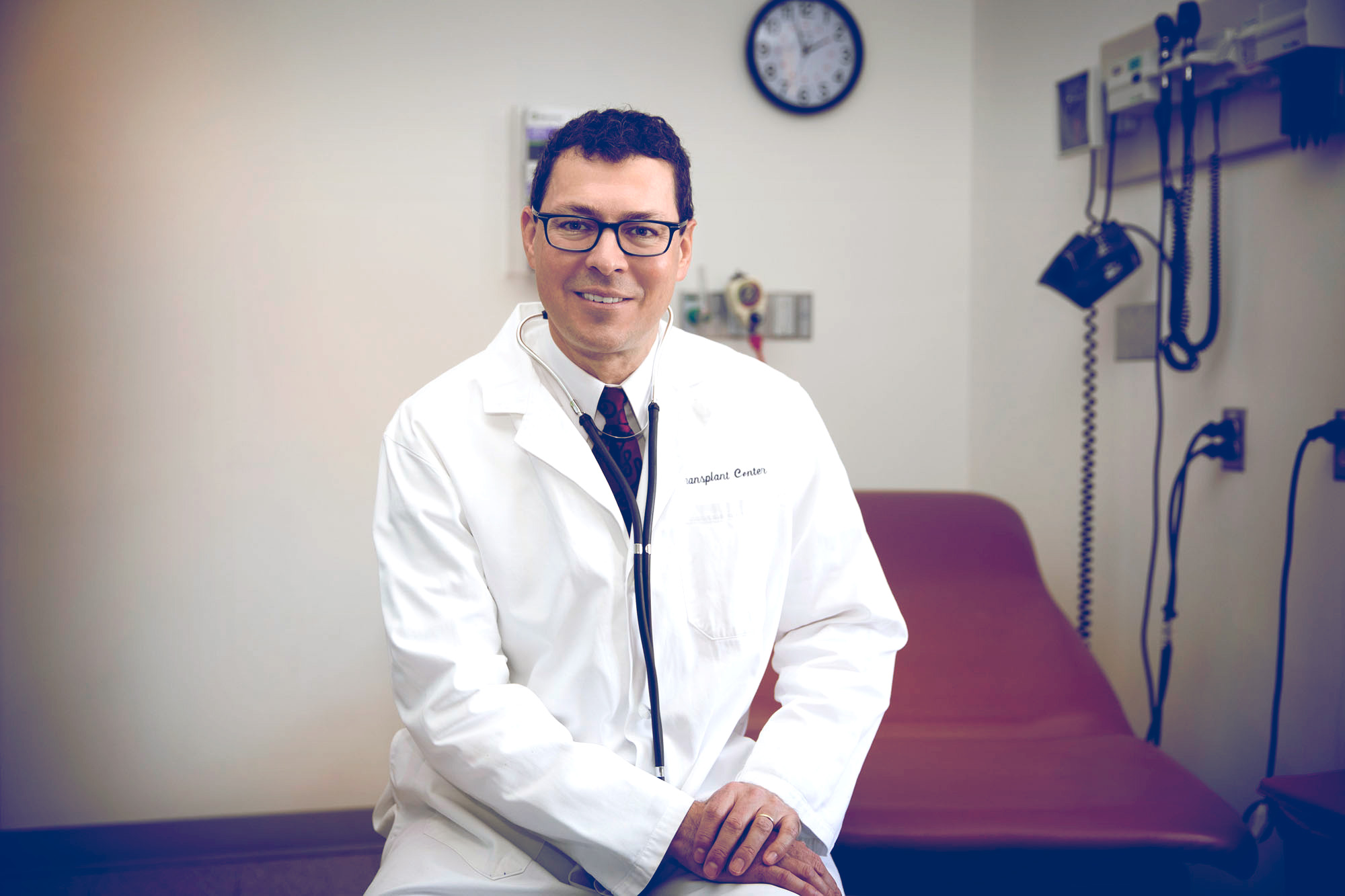 Robots have assisted in transplant surgeries for more than a decade in the United States, but Dr. Jose Oberholzer sees untapped possibilities for the technology. Having performed more than 1,000 transplant-related surgeries himself, Oberholzer is bringing his experience and his plans for innovation to the University of Virginia Health System.

In March, he will become the new director of UVA’s Charles O. Strickler Transplant Center. He comes to the University from the University of Illinois, Chicago, where he led the Division of Transplantation and directed the Islet and Pancreas Transplant Program. Oberholzer is a pioneer in robotic surgery and an expert in liver, kidney, pancreas and small bowel transplants, as well as transplants in patients with diabetes. He is also co-founder and coordinator for the Chicago Diabetes Project, which is researching a cure for diabetes.

Before he begins his new position, UVA Today spoke with Oberholzer about his plans for UVA’s transplant center and how he plans to use the University’s cross-disciplinary research structure to advance the treatment of diabetes and other chronic conditions.

Q. What attracted you about UVA?

A. UVA is quite a unique American academic institution in that you have the School of Medicine and the entire Health System sharing a vision on their priorities – and of course, that includes transplantation. That was a huge point for me. In many academic institutions, you have a bit of a silo between the health system and the school, and that leads to some inefficiencies. At UVA, I felt that gap just did not exist. It’s all one body.

That’s really important for transplantation because, more than any other discipline, it needs to have all the different players on the same train. You need so many disciplines; you can’t do anything alone in transplantation. It’s all team-based.

Q. How have robotics changed the landscape of transplant surgery?

A. The robot reduces the learning curve for [new transplant surgeons] and allows you to do movement inside the human body in a way that you just cannot do with normal laparoscopic instruments. To give you an idea, normal laparoscopic instruments are like chopsticks. You have very few degrees of movement and you can only move in a cone, whereas the robot has sort of mini-hands inside the body and you can move it in all directions. You can actually make more movements that you could with your own hands.

My role [in Chicago] was to develop this for more complex procedures. You could argue that to remove a kidney you really wouldn’t need a robot, and that’s fair, but this allows us to take on cases that we may not consider for normal laparoscopic surgery. For example, if there are anatomical variations or if the patient is obese, laparoscopy is difficult. With the robot, these cases are possible.

Q. What robotic surgery advances did you work on in Chicago?

A. There is a very large proportion of kidney transplant recipients who are being denied access to transplantation because they’re overweight. The reason for that is because they have a very high rate of surgical complications and wound complications. We thought that if we could do a kidney transplant through a very small incision using robotic surgery, we may be able to prevent complications and wound infections and achieve a much better outcome. We did that and the results proved our hypothesis to be correct.

Q. What are some new areas of innovation you’re looking forward to here?

A. In general, the structure of a transplant institute or the vertical integration allows us to have discussions between different disciplines and to open doors that we didn’t even know were there.

As an example, UVA has a fantastic heart transplant program. So when I met with the directors of the different organ transplant programs, I asked them, “Do you have any patients that you feel could benefit from a transplant, but right now don’t have access to it for whatever reason – medical, logistical, technical or otherwise?”

Right now, UVA owns 11 dialysis units, so it could be the place to explore new treatment options for those kinds of patients. That would be a wonderful example of how vertical integration could bring disciplines together to attack a very complex problem.

Q. How will your work be a part of UVA’s fight to end juvenile diabetes?

A. I am very interested in the treatment of diabetes using cell therapy and technology in general. One of the things that attracted me to UVA is that the University has tremendous brainpower in diabetes technologies, such as the artificial pancreas, and in addition is building a very large cell therapy unit. That’s something that I have been doing now for over 20 years.

I did that at the University of Illinois, Chicago and I’m in the process of applying for a biologic license – getting FDA approval for a cell therapy for juvenile diabetes. That will be the first approved cell product for diabetes in the U.S.

Q. Is there anything you wish more people knew about the transplant process?

A. Even in the year 2017, some people think transplantation is bizarre and done very rarely, but the truth is that it has become standard of care for many diseases – for heart failure, for a number of lung, liver and kidney diseases, for diabetes, and the list keeps on growing on diseases that can benefit.

The outcomes from an organ transplant are amazingly good. Most people would not recognize a transplant patient. A few years ago there was a snowboarder named Chris Klug who had liver disease and received a liver transplant in Colorado. He went on to win an Olympic bronze medal after receiving a transplant.

What organ transplant allows us to do is for the donor to make one last altruistic act to donate their organs and by that, allow another person to have a second lease on life. That’s the beauty of transplantation. There is giving involved where there is not much coming back. It’s a pure, altruistic act.