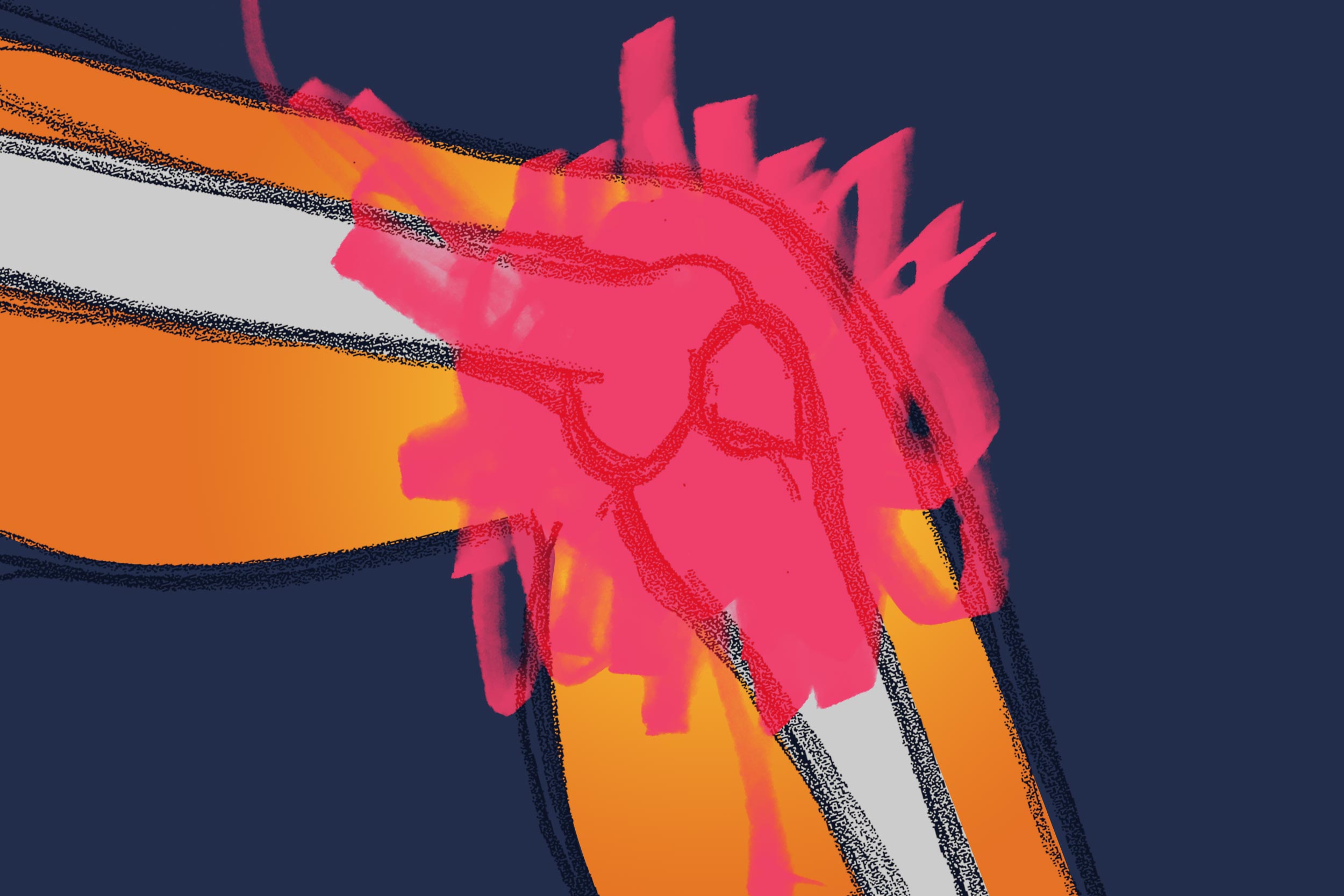 Researchers at the University of Virginia School of Medicine have identified an unexpected contributor to rheumatoid arthritis that may help explain the painful flare-ups associated with the disease. The discovery points to a potential new treatment for the autoimmune disorder and may also allow the use of a simple blood test to detect people at elevated risk for developing the condition.

The promising discovery is among the first to emerge from the School of Medicine’s new affiliation with Inova Health, a collaboration that aims to make medical breakthroughs and advance the battle against disease. In this case, the arthritis discovery originated in the lab of UVA School of Medicine’s Kodi Ravichandran and was facilitated by combining his team’s resources and expertise with that of Inova researcher Thomas Conrads through a THRIV UVA-Inova seed grant.

The new findings about rheumatoid arthritis came in an unexpected fashion. Sanja Arandjelovic, a research scientist in the Ravichandran group, was seeking to better understand what causes the inflammation associated with inflammatory arthritis when she noted that deleting a gene called ELMO1 alleviated arthritis symptoms in mice. This was particularly surprising because Arandjelovic and Ravichandran initially thought that loss of ELMO1 would result in increased inflammation.

“This was a complete surprise to us initially,” recalled Ravichandran, chairman of UVA’s Department of Microbiology, Immunology and Cancer Biology. “I love those kinds of results, because they tell us that, first, we did not fully comprehend the scientific problem when we began exploring it, and, second, such unexpected results challenge us to think in a different way. Given that rheumatoid arthritis affects millions of people worldwide, we felt the need to understand this observation better.” Digging deeper into the unusual outcome, the researchers determined that ELMO1 promotes inflammation via their function in white blood cells called neutrophils. Ravichandran described neutrophils as the body’s “first line of defense” because they sense and respond to potential threats. “Normally they are good for us, against many bacterial infections,” he said. “But also, there are many times when they produce a lot of friendly fire that is quite damaging to the tissues – when they hang around too long or there are too many neutrophils coming in – in this case, infiltrating the joints during arthritis.”

The researchers also discovered that there is a natural variation in the ELMO1 gene that can prompt neutrophils to become more mobile and have the potential to invade the joints in greater numbers and induce inflammation. (The potential blood test would detect this variation.)

Here things take a particularly cool turn: Normally, doctors are reluctant to try to block the effect of genes like ELMO1 in people, because such genes can play diverse roles in the body. But Ravichandran believes that ELMO1 is different. “ELMO1 partners with very specific set of proteins only in the neutrophils but not in other cell types we tested,” he said. “So presumably, you may be able to affect only a select cell type.” This latter result came about from a collaborative study where Conrads’ group at Inova performed sophisticated analysis of ELMO1 proteomic partners in neutrophils, many of which also have previously known links to human arthritis. This provided further validation for the role of ELMO1 in rheumatoid arthritis.

Encouragingly, blocking ELMO1 in lab mice alleviated arthritis inflammation without causing other problems, Ravichandran noted. His laboratory is now seeking to identify drugs that could inhibit the function of ELMO1 and is also designing a test for the variation (also called polymorphism) in the ELMO1 gene.

“This is another example of how fundamental basic research can lead to novel discoveries on clinically relevant problems that affect a large number of people,” Ravichandran said.

The work was supported by National Institutes of Health grants R35GM122542, MH096484, P01HL120840, HD07498 and AI114554; the Center for Cell Clearance at the UVA School of Medicine; the THRIV UVA-Inova seed grant; Mark Foundation Fellowship through the Cancer Research Institute; and the Odysseus Award from FWO, Belgium. Additional support was provided by the Philip S. Magaram Esq. Research Award from the Arthritis Foundation.

Class of 2020: Memories and Moments From a Long-Anticipated Celebration END_OF_DOCUMENT_TOKEN_TO_BE_REPLACED