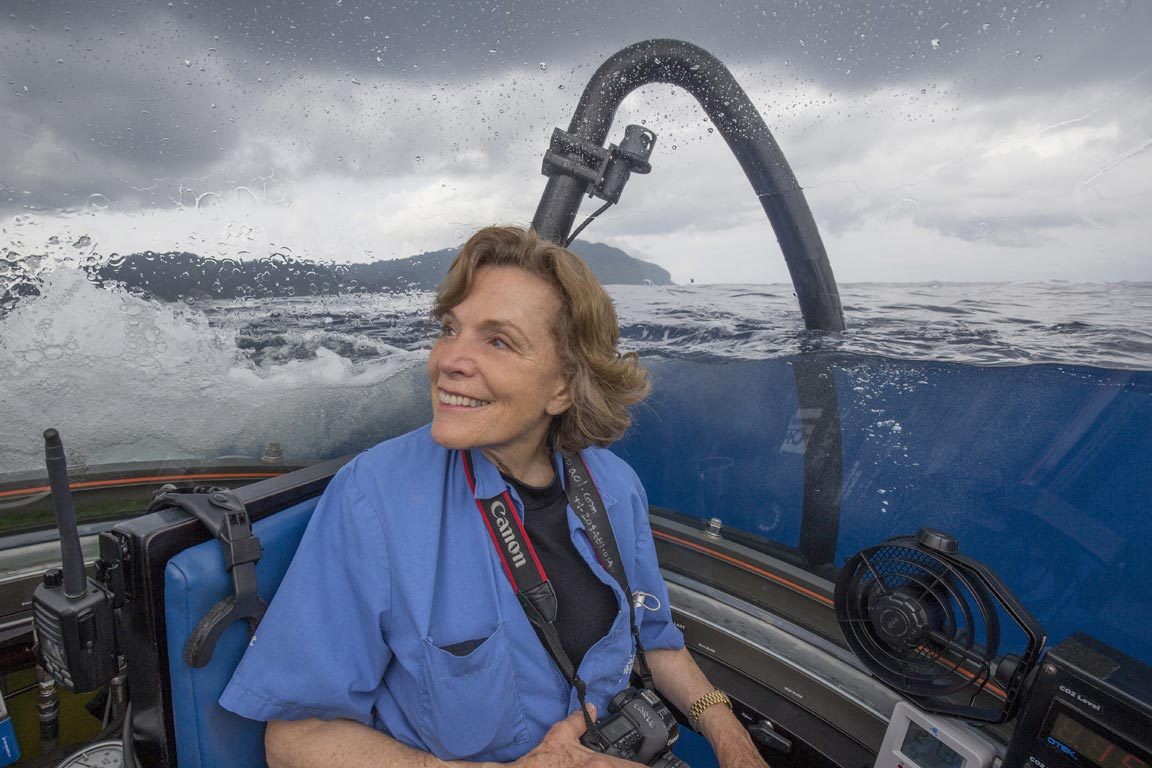 Earle is the founder of Mission Blue/The Sylvia Earle Alliance, a global coalition of more than 200 ocean conservation groups and like-minded organizations dedicated to protecting the world’s oceans from threats, including climate change, pollution, habitat destruction and invasive species. The organization supports ocean exploration, research and education with expeditions, documentaries and social media that focus on raising support for a global network of marine protected areas, called “Hope Spots,” large enough to restore and protect the ocean.

Called “Her Deepness” by the New Yorker and the New York Times and a “Hero for the Planet” by Time Magazine, Earle has worked as an oceanographer, explorer, author and lecturer. Formerly the chief scientist of the National Oceanic and Atmospheric Administration, she has served on the boards of several corporate and numerous non-profit organizations and has been Explorer-in-Residence at the National Geographic Society since 1998.

Earle will be the keynote speaker at Jefferson’s birthday celebration at Monticello on April 12 at 10 a.m.

“As a school of leadership and public policy, we are always interested in celebrating those leaders who make a direct impact on policy,” said Allan Stam, dean of UVA’s Frank Batten School of Leadership and Public Policy, which sponsors the Thomas Jefferson Foundation Medal in Citizen Leadership. “Thanks to Dr. Earle’s tireless work and leadership, policymakers are paying closer attention to the perils facing one of the world’s most vital eco-systems: the ocean. Dr. Earle is a force and one to be reckoned with – someone that I am sure Thomas Jefferson would admire and support unequivocally.”

Earle has led more than 100 expeditions and logged more than 7,000 hours underwater, written more than 200 publications and lectured in 90 countries. She is a graduate of Florida State University and holds a master’s degree and a Ph.D. from Duke University, as well as numerous honorary degrees and awards, including the 2013 National Geographic Hubbard Medal, the 2009 TED Prize, the Netherlands Order of the Golden Ark, the 2018 Princess of Asturias Prize for Concord and medals from the Explorers Club, the Royal Geographical Society, the Lindbergh Foundation and the Dominican Republic.

What’s Next for UVA’s Class of 2022? END_OF_DOCUMENT_TOKEN_TO_BE_REPLACED