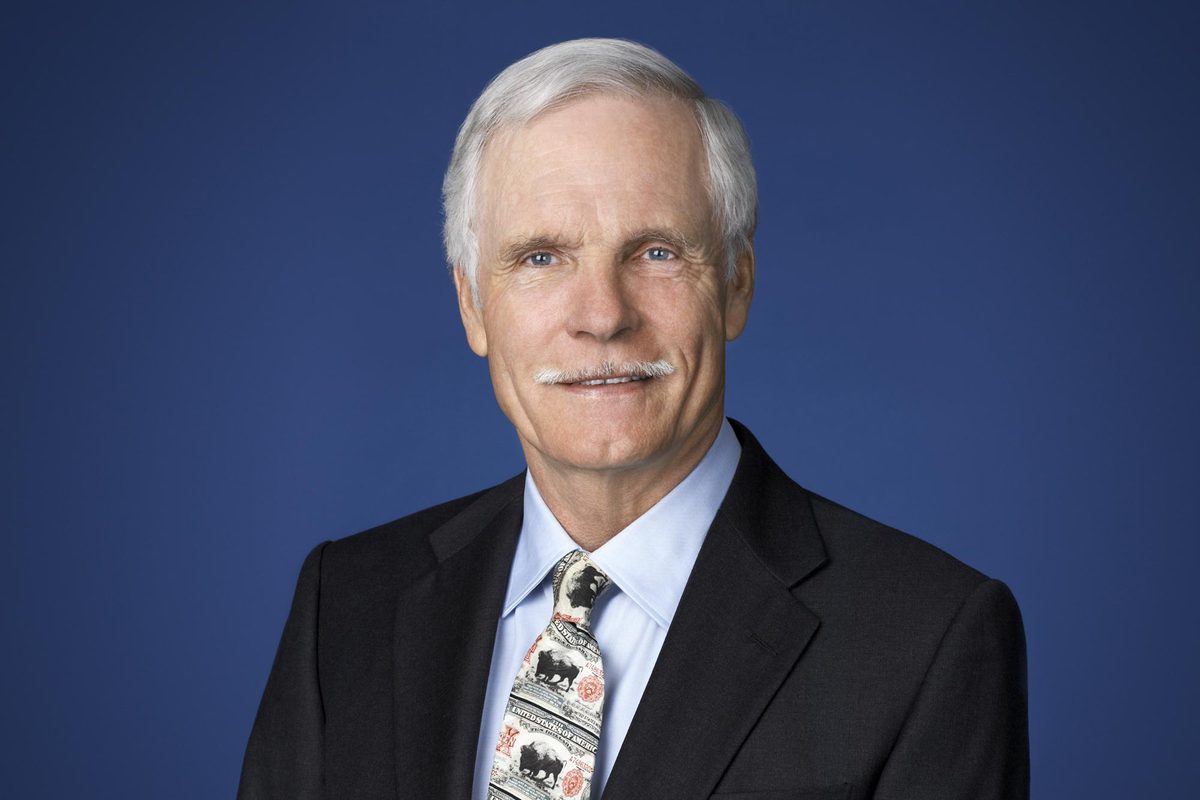 Media pioneer and philanthropist Ted Turner is the 2020 recipient of the Thomas Jefferson Foundation Medal in Global Innovation.

Turner founded and chairs the United Nations Foundation, which promotes a more peaceful, prosperous and just world; co-founded and co-chairs the Nuclear Threat Initiative, a charitable organization working to reduce the global threats from nuclear, biological and chemical weapons; and serves as founder and chair of the Turner Foundation, whose board includes Turner’s five children and adult grandchildren, and is committed to protecting and restoring the Earth’s natural systems – land, air and water – on which all life depends.

Turner and executive producer Barbara Pyle launched the animated series “Captain Planet and the Planeteers” in 1990. One year later, the Captain Planet Foundation was created to fund and support hands-on environmental projects for children and youth. The foundation’s objective is to encourage innovative programs that empower children and youth around the world to work individually and collectively to solve environmental problems in their neighborhoods and communities.

Out of concern for the well-being of his land, totaling approximately 2 million acres in the U.S. and Argentina, Turner established the Turner Endangered Species Fund in 1997 to conserve biodiversity by emphasizing restoration efforts of endangered or imperiled species on Turner properties.

For many years, Turner has devoted his time and energy toward promoting the use of clean energy sources. Through his Turner Renewable Energy company, Turner makes the case that investing in renewable energy is not only a prudent financial decision, but also a crucial step toward ensuring our planet’s future health. Turner Renewable Energy has taken several significant steps in moving from fossil fuels to renewable energy sources, including investing in MERIT SI LLC, a national sustainable infrastructure company with offices in Austin, Texas, Houston and New Jersey. MERIT SI develops and delivers innovative solar and energy storage solutions to industrial operators of critical infrastructure across North America.

In addition to its investment in MERIT SI, Turner Renewable Energy is responsible for the development of the 25-canopy Luckie Street Solar Project and the utilization of clean energy sources whenever possible at Ted’s Montana Grill restaurants and on Turner Ranches, which utilize some form of solar power on the majority of its properties.

Turner also chairs Turner Enterprises Inc., a private company with offices in Atlanta and Bozeman, Montana, which oversees his business interests, landholdings and investments as well as Turner’s herd of more than 50,000 bison across 15 of his 16 western ranches. Turner is attributed with helping to bring the iconic American bison species back from the brink of extinction, now owning approximately 10% of the nation’s bison population.

During his sailing career, Turner was an intense ocean racer and champion in the 5.5-Meter and Flying Dutchman classes. He helped bring international attention to the America’s Cup with his victory in 1977 with the first aluminum 12-meter vessel, Courageous. In 1979, Turner skippered the 61-foot Tenacious to victory in the Fastnet race, which was marred by disaster when a fierce storm ravaged the fleet. In that same year, he won the Miami-Montego Bay race. Turner was awarded the Yachtsman of the Year award on four different occasions and was honored with the New York Yacht Club Commodore Medal in 2017.

When Less Is More: How Harnessing the Power of Subtraction Can Add to Life END_OF_DOCUMENT_TOKEN_TO_BE_REPLACED